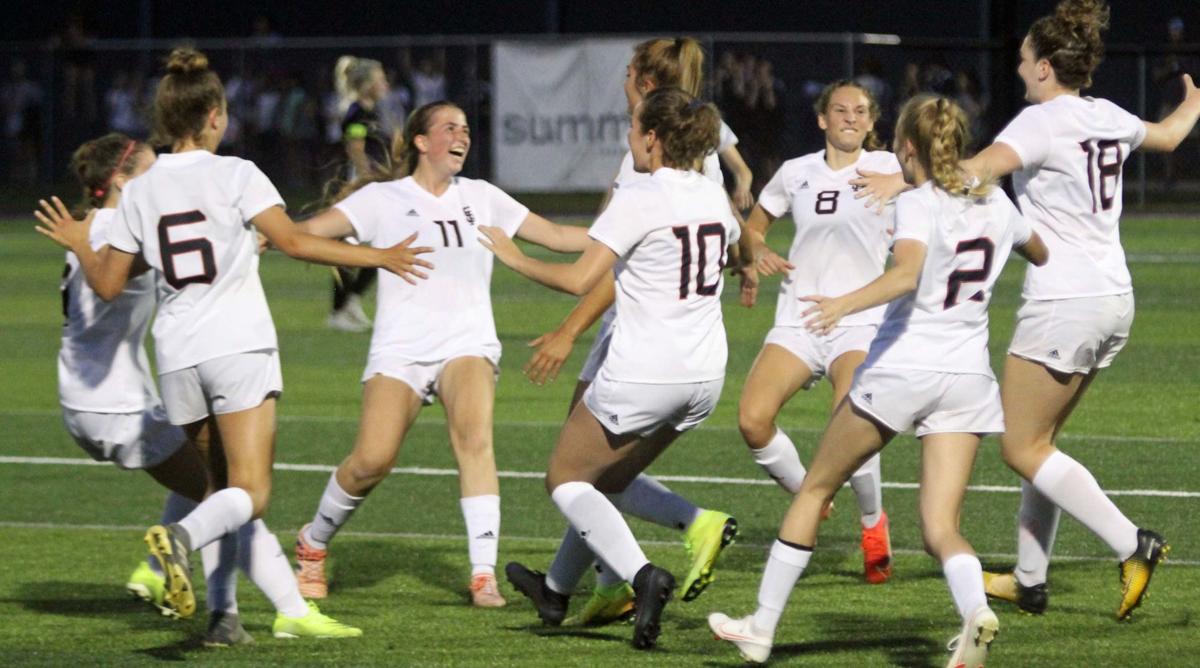 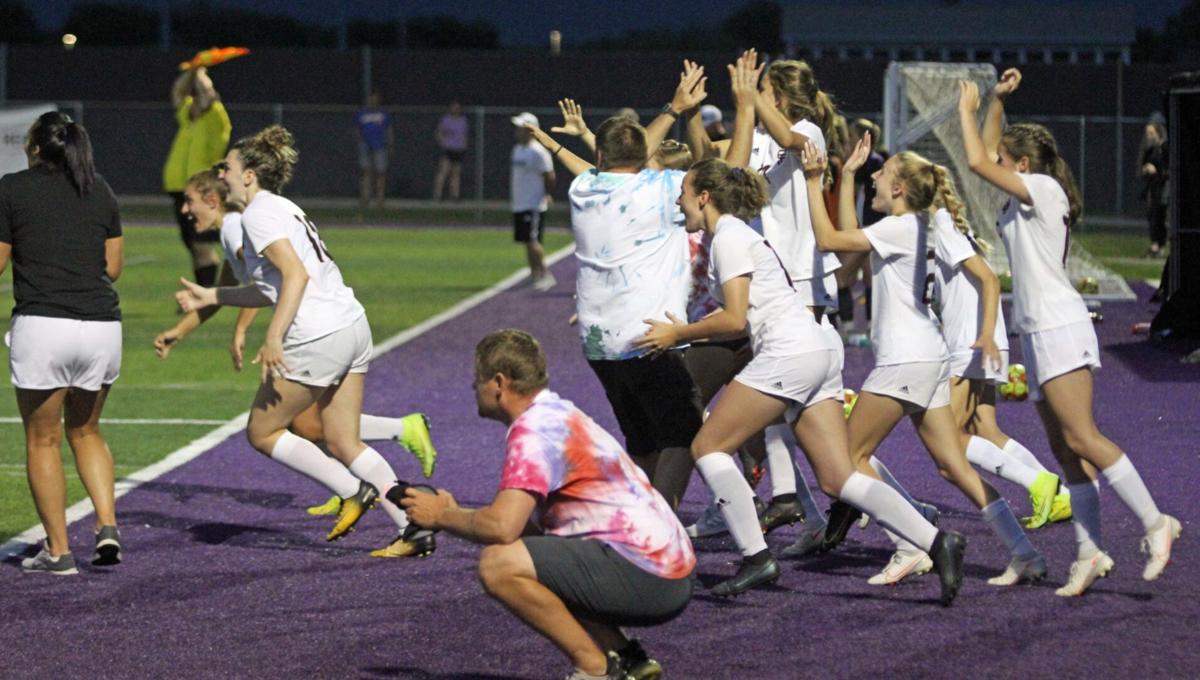 The Sauk Prairie bench reacts after the Eagles won the Badger North Conference title with a 1-0 win at Waunakee on Thursday. 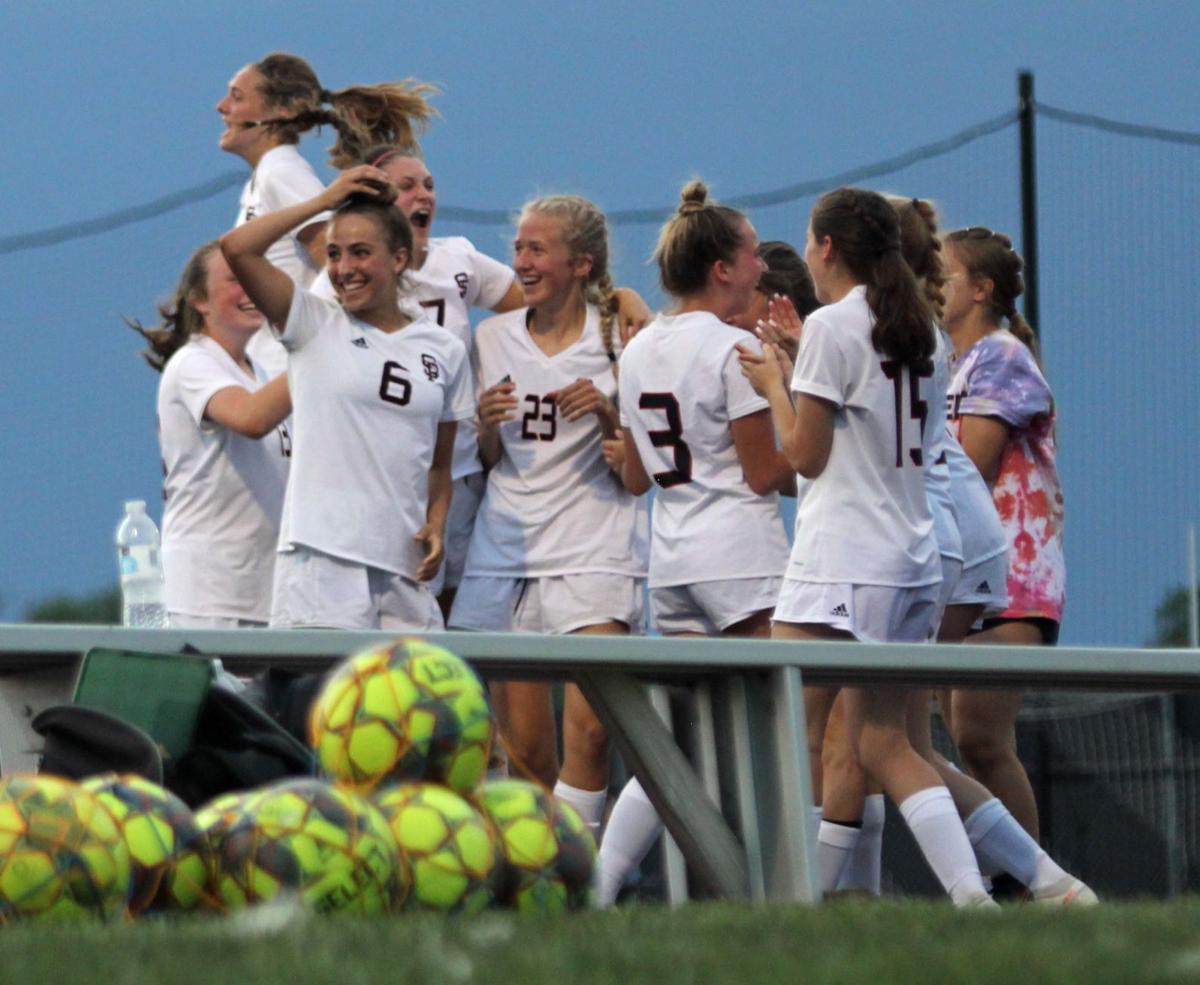 The Sauk Prairie bench reacts after McKayla Paukner scored during the second half of Thursday's game at Waunakee. 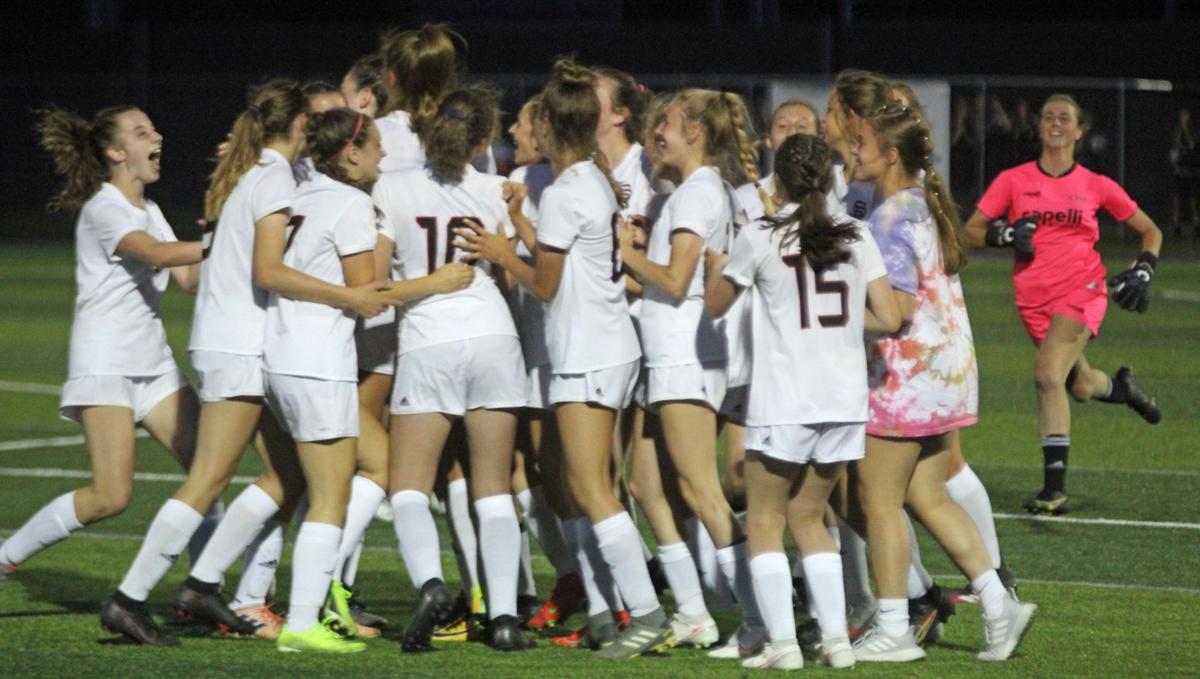 They got what they asked for, and they passed, as McKayla Paukner scored a 66th-minute goal to give the Eagles a 1-0 win to clinch their first Badger North Conference title since 2003.

“I think we were eager,” Sauk Prairie coach Drew Kornish said of the Eagles’ mindset entering the de facto conference championship game. “We have our season goals that are bigger than what this game was, so we understood this was going to be a real barometer of what kind of team we are and whether or not those season goals are going to be attainable. I can say with a certain level of confidence that they absolutely are attainable. We’ve got a lot of confidence going on to the next stage.”

The Eagles (10-0-0, 7-0-0 Badger North) needed to see it firsthand after cruising through the first nine games of the season. They entered Thursday outscoring opponents 63-0 on the season — winning every game by at least two goals.

Waunakee (12-2-1, 6-1-0) was enjoying a similar season, compiling a 60-8 scoring differential entering the day. The teams fought for any advantage throughout the first half, creating limited scoring opportunities as much of the game was played in the midfield.

“We knew it was a battle, so we were just playing our game,” Paukner said. “It was super fun. It was nice to have a competitive battle.”

The field tilted each way on occasion, although Waunakee did a good job of swallowing up Sauk Prairie junior Katelyn Fishnick in the middle of the field.

“They weren’t necessarily marking her, but they just congested the space behind her,” Kornish said of Waunakee’s defense of Fishnick, who led the state in scoring as a freshman in 2019. “They just plugged the space. They were confident letting her receive the ball where she wanted, but they weren’t allowing her to turn and find space behind.”

But Fishnick found space to maneuver from time to time. One of them led directly to the game’s lone goal. The junior turned in the 66th minute and fired a shot from outside the penalty box. While the ball looked like it was going in the net or over the goal, Paukner didn’t stop and watch. That allowed the freshman to be in the perfect spot when the ball deflected off the crossbar. She buried it into the back of the net to send her teammates celebrating at the 65:19 mark.

“McKayla did an incredible job making sure she was following up,” Kornish said. “That’s one of the things we work on in practice, especially with Katelyn and Alexis (Klemm), some of the shots we get out of the midfield area, the girls have such strong legs that a lot of times there are rebounds. If we don’t follow up, we’re not going to capitalize. McKayla took a chance making that run into the goal and was able to connect.”

Then the Eagles just had to keep a clean net, something they’ve done all season. They managed it again Thursday, as freshman Erelyn Apel made seven saves to notch her 10th shutout of the year.

“Erelyn in goal as a freshman is just outstanding,” Kornish said. “This was a huge step up for her. this was her first real action she got in goal tonight.

“And we’re extremely confident with our back line right now. Addy Hermsdorf has just anchored us in back this season. She has been absolutely outstanding as a center back, cleans everything up, I don’t know if she’s lost a 50/50 ball all season when she’s looking to make a tackle.

“Avery Leigh ... she’s probably the oldest one back there as a junior, and just the partnership they’ve got back there in the middle is fantastic.”

The Eagles will look to carry that chemistry into the WIAA playoffs. First, they’ll wrap up the regular season by hosting Southwest Wisconsin Conference-leading Platteville/Lancaster on Saturday.

“I think it gives us more confidence,” Kornish said of Thursday’s win. “Because of the scores we’ve had, we’ve just been wondering what kind of team we are, really waiting to get tested. I think it gives them a ton of confidence and gives them that self belief that we’ve talked about all season.”

“We got to play a couple years ago all together, so I think we kind of knew what we were capable of,” Paukner added. “But this year really helped with the amazing coaches.

“I think it fires us up to see what we can do and who we can compete with in the playoffs.”

View photos of the Sauk Prairie and Waunakee girls soccer teams in a Badger North Conference game on June 3 in Waunakee. The Eagles got a seco…

Kurtis Price singled home Quinn Baier in the bottom of the seventh inning to give the Sauk Prairie (7-10, 4-8) baseball team a 5-4 victory ove…

PRAIRIE DU SAC — The Sauk Prairie High School girls soccer team is playing a couple games at once this spring.

The unbeaten Sauk Prairie girls soccer team earned a No. 1 seed in the WIAA Division 2 playoffs.

The Sauk Prairie bench reacts after the Eagles won the Badger North Conference title with a 1-0 win at Waunakee on Thursday.

The Sauk Prairie bench reacts after McKayla Paukner scored during the second half of Thursday's game at Waunakee.