PREP FOOTBALL: Portage's Carlson believes realignment process was too far along for area officials to catch up
0 Comments
Share this
{{featured_button_text}}
BROCK FRITZ

The plan, which started with a Sun Prairie proposal to the WIAA Realignment Task Force Committee late last year, would see the Baraboo and Reedsburg football teams shift from the Badger Conference to the Mississippi Valley Conference starting with the 2022 season.

After months of discussion, the original proposal looks like it will come to fruition after the committee on Tuesday voted down seven alternative plans that had been remanded to the committee during the March 5 WIAA Board of Control of meeting.

“The Board will take final action on the proposed 11-player football solution initiated by the WIAA Conference Realignment Task Force Committee or any of the remanded plans at the April 16 Board of Control meeting,” the WIAA said in a release Wednesday. “Any approved plan will be implemented in the 2022 football season.”

“To say we are disappointed in this decision would be an understatement,” said Carlson, whose plan had the most support out of the seven alternatives voted on during Tuesday’s meeting. “The WIAA Task Force proposal that was approved today creates a huge enrollment gap that is inequitable for our school, takes away conference rivals of over 100 years and flat out destroys competitive balance. It is hard to imagine that they would fail to recognize the impacts of the decision made today. Their actions clearly indicate that they don’t value fair competition, history, tradition and comradery that make high school sports so special. It is hard to find anything that makes sense with this decision.”

Carlson took a deep interest in the realignment plan because, while Portage won’t be changing conferences, it’ll have strong ancillary aspects on the the Warriors, who would become the smallest team in the realigned Badger Small Conference.

Baraboo and Reedsburg, Portage’s neighboring rivals, are directly impacted by the committee’s proposal. The schools’ leaders have opposed the move since December, believing that moving to the Mississippi Valley would add a number of hurdles, including extended travel time. If the proposal goes through and Baraboo and Reedsburg join the Mississippi Valley, they would see average travel times of 1 hour, 38 minutes and 1:23, respectively, for road games.

Believing the proposal would cause equity and travel issues, area leaders quickly worked together in an attempt to introduce their own realignment plans. The committee’s proposal, which would place Sun Prairie East and Sun Prairie West in the Badger Large Conference, was released Dec. 9, with Carlson saying the schools involved weren’t notified ahead of time. That left little time to draft alternative plans before the committee advanced Sun Prairie’s plan on Jan. 6.

Baraboo, Reedsburg and Portage kept collaborating and made enough of an impression for the WIAA Board of Control to remand the realignment proposal back to the task force for additional consideration. However, Carlson believes the WIAA was too far along in the process for the plan’s opponents to create any real change.

“This was a flawed process from the beginning,” Carlson said. “We were unfairly thrown into this during the middle, and didn’t have a chance to offer feedback from the start. There was a clear lack of transparency and we were blindsided. In the end, I think that was the biggest factor in this decision. We could never catch up on what was already proposed without our notification. Too many people were already set firm in their decision and didn’t keep an open mind.”

Of the seven alternative plans — including one from Portage, one from Reedsburg, two from Rice Lake and three from River Ridge — voted on Tuesday, Portage’s was the only one to receive a supporting vote.

“The seven remanded plans not recommended by the committee for Board approval originated from four member schools and impacted 23 schools,” the WIAA’s release said. “The committee considered all written materials received from member schools impacted by the plans, as well as rationale that included providing a conference for all member schools grouped by enrollment and by geography.

Portage’s plan, which would have spread out the burden of realignment by creating a pair of “Paired 6” conferences and having crossover games between the Badger North and the Mississippi Valley, had five votes in favor and 10 opposed during Tuesday’s committee meeting.

Therefore, the committee chose to move forward with the original proposal and the WIAA Board of Control will take final action on the realignment April 16.

“I feel there was great progress made after the January 6 meeting,” Carlson said. “Schools really started to work together and find better solutions. You can see that momentum in the final vote, where five task force members see the merits of the plan we submitted. Why not continue the collaborative process and figure out something that is more equitable for all schools involved? Let’s keep looking and find compromises. It is the right thing to do.

“Overall, as we reflect back on the process, we can honestly say that we gave it our all to do what is right and fight for our student-athletes, school and community. We initiated and engaged in meaningful discussion with other member schools and we exercised every platform that the WIAA allowed to the fullest extent. We fought hard, but right now we feel pretty deflated. Our hope now is the WIAA Board of Control will see that there is some momentum for change and deny the proposal of the task force. It seems like a long shot, but it is the last chance for this to be stopped.” 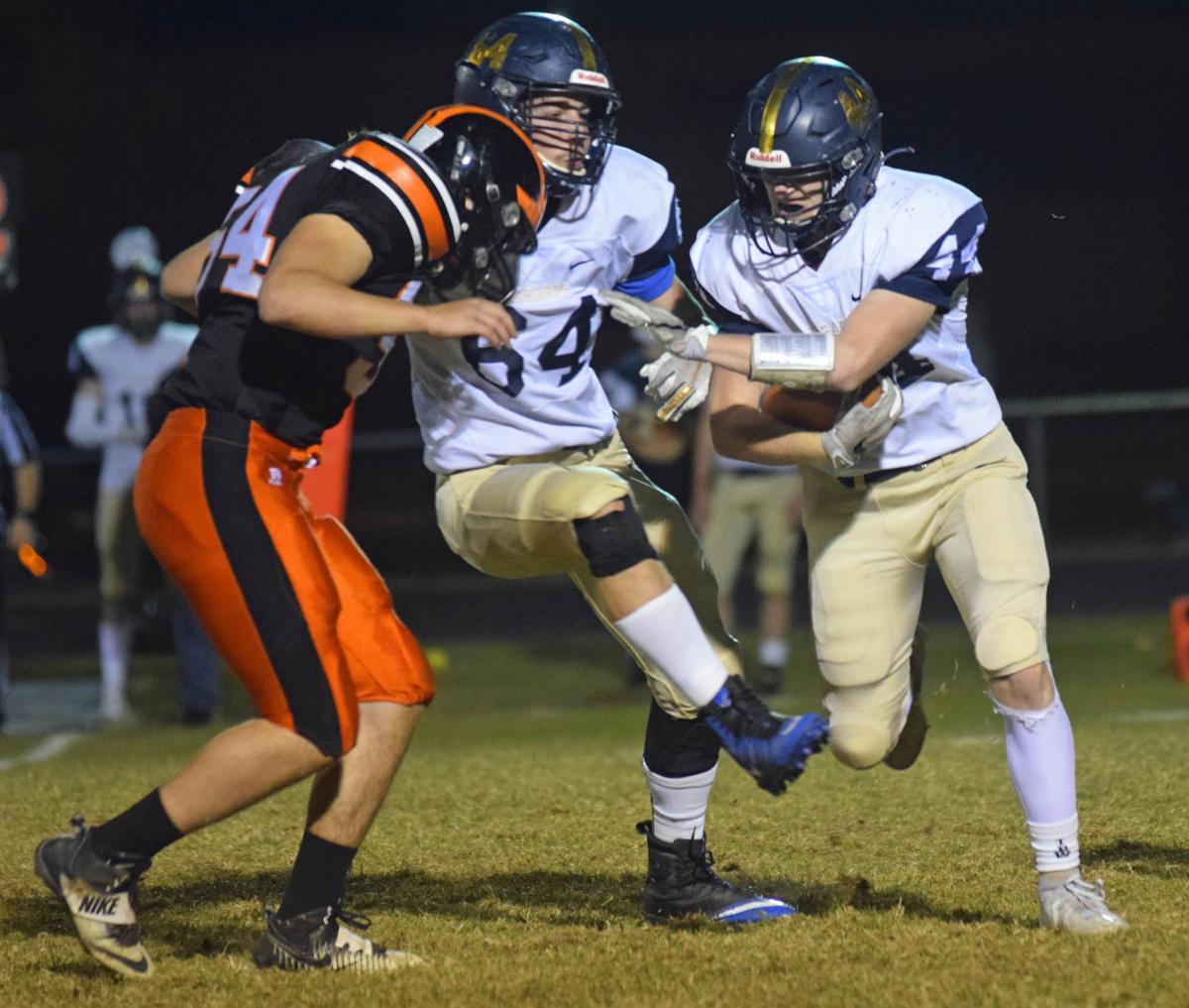 Baraboo's Kyle Adams (middle) blocks for Owen Nachtigal during a win over Portage on Nov. 6, 2020. 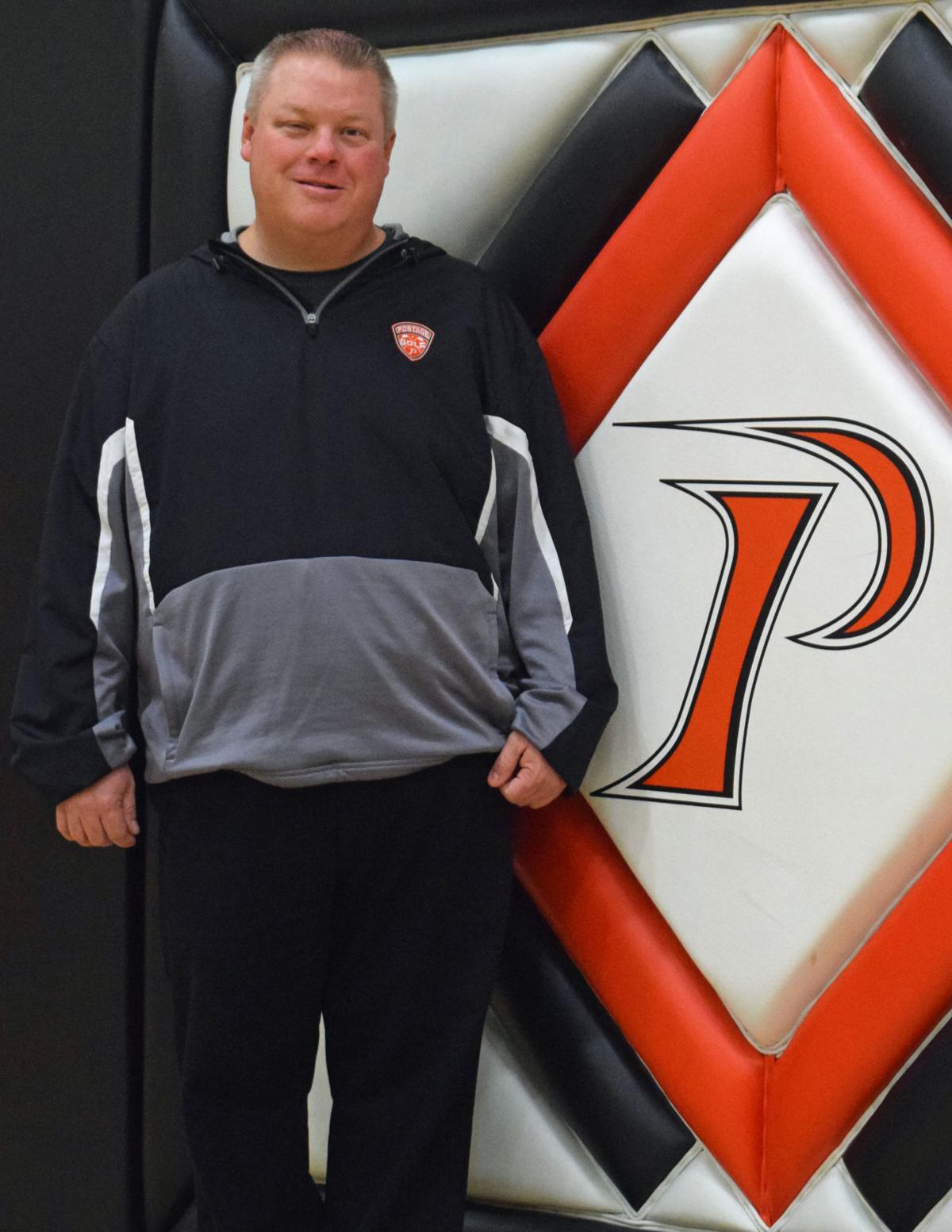