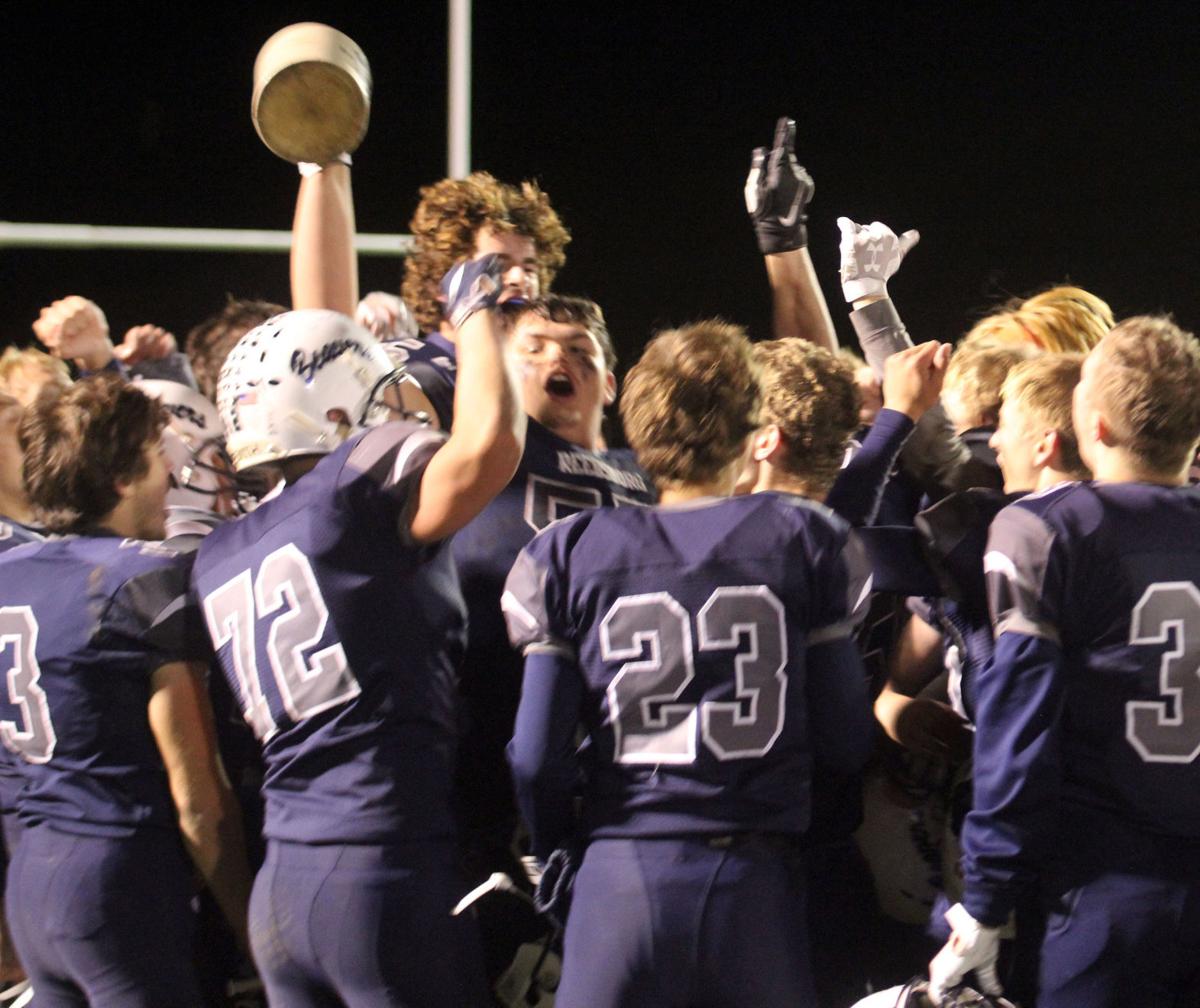 The Reedsburg football team celebrates with the Old River Jug after beating Baraboo on Oct. 11, 2019, in the 132nd all-time meeting between the schools. 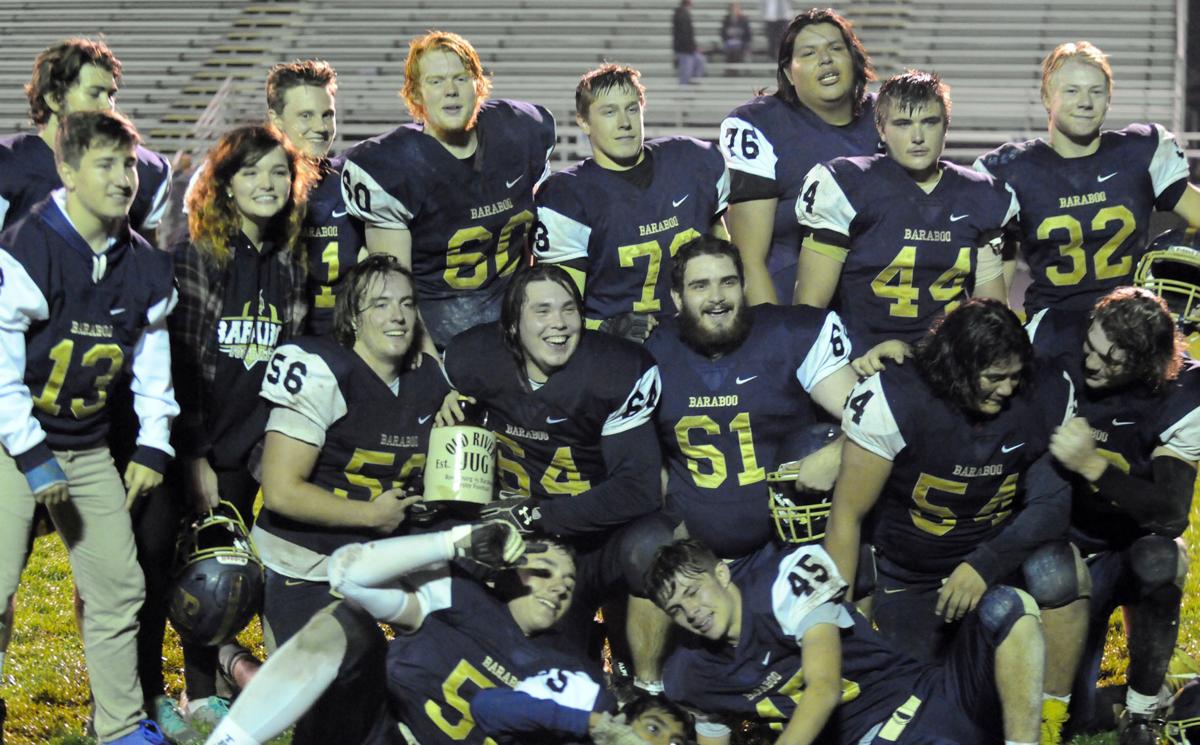 Members of the Baraboo football team pose with the Old River Jug after defeating Reedsburg 17-14 at Beryl Newman Stadium on Oct. 13, 2017. The win broke a five-year losing streak against rival Reedsburg. 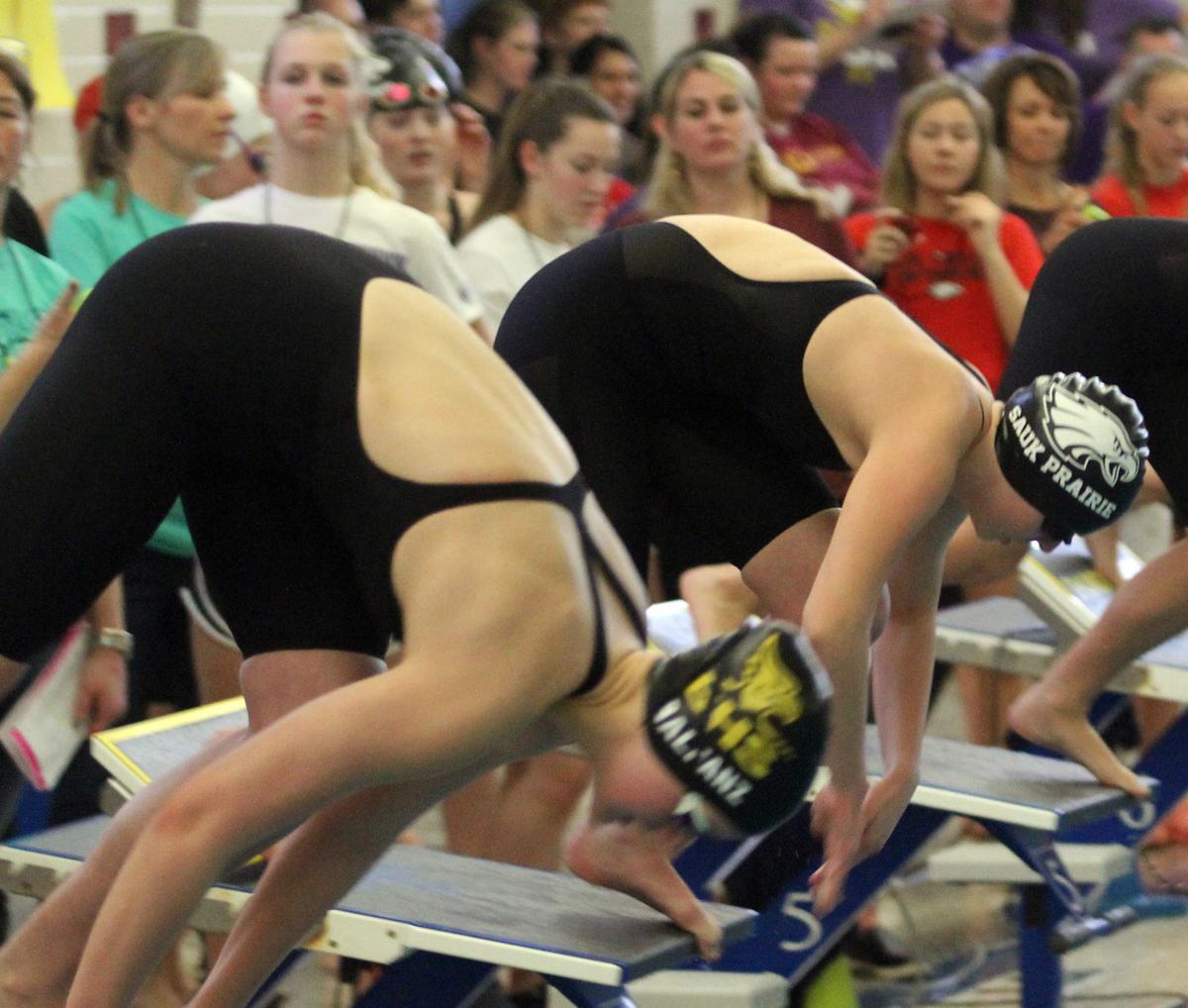 If you were an Appleton middle-schooler in 2000, you remember the 7-10 split that decided the final battle for The Mighty Apple.

The fictional, Disney-created Appleton that is… However, the current high school sports landscape could potentially take something from “Alley Cats Strike,” the Disney Channel Original Movie with Kaley Cuoco (the girl from “The Big Bang Theory”) and Robert Ri’chard (Coach Carter’s son).

Before going any further, this column needs a disclaimer, because I have no idea if it’s feasible or responsible to take a page from a cheesy Disney movie during a pandemic. With that being said, sports rivalries are a blast, and the potential hyper-local sports schedule during the 2020-21 school year could be ripe for experiments.

So, let’s go back to The Mighty Apple. In the fictional “Alley Cats Strike” universe, West Appleton and East Appleton middle schools battled for it each year, with the trophy going to the school that won the most extracurricular events. The winner of each event would earn points, with the ultimate victor ultimately displaying the trophy in their school until the following year.

Disney naturally took it up a notch. With the schools set to combine, West Appleton won the right to name the new school when Delia used math to convert the 7-10 split and clinch the title. (Although, since it’s Disney, they just name the new school Appleton Central anyway.)

But that’s beside the point. West Appleton won the trophy because it won more competitive events than East Appleton throughout the school year. That’s simple enough, and sounds like something that high schools moving forward with sports this fall could duplicate.

The COVID-19 pandemic has created — and necessitated — an opportunity for creativity throughout the United States. That goes for south central Wisconsin, where the Big Eight Conference has canceled fall competition; the Badger Conference is reportedly doing the same; the Madison Metropolitan School District opted out of all sports this fall; and questions abound about how many events can be held, how the statewide mask mandate will impact indoor sports and how much traveling is feasible. All those factors and hurdles to clear ensure that teams that decide to play sports this fall could get very familiar with their regional rivals.

The Mighty Apple-type challenge would allow schools to take those rivalries and run with them. Take Baraboo, Sauk Prairie and Reedsburg in Sauk County — neighboring communities, traditional rivals (Baraboo and Reedsburg have played each other a state-leading 132 times in football), longtime members of the Badger Conference, and relatively similar in size and ability.

Furthermore, and most importantly this year, all three school districts are governed by the same county health guidelines. If Baraboo is playing sports, which the school district is intending to do when the first practices are allowed Aug. 17, it’s likely Reedsburg and Sauk Prairie will also have the go-ahead to compete if they choose to.

With the pandemic being governed on a local level, there likely won’t be many counties in the same exact boat. Therefore, there might not be too many more teams for Sauk County schools to safely compete against this year. It’d be fun to see some high schools take it to the next level and double down on the local competition.

On a local level, any time Sauk County teams line up across from each other, the winner would receive one point in the overall competition between the schools. Baraboo versus Reedsburg in soccer is worth a point, Reedsburg vs. Sauk Prairie in tennis is a point, Sauk Prairie vs. Baraboo in football… and so on and so on. At the end of the school year, the overall points leader is deemed the top athletic school in the county.

There’s a similar competition in place at the college level, although it’s not the most competitive thing in the world, as Stanford has won 25 straight Directors’ Cups and was leading again before COVID-19 shut down all sports.

A high school competition go way beyond deciding who’s the best at sports. Every part of the school system could be involved. The arts and any school club could be included, while each school could have students build a trophy and allow people to vote on the winner.

A schoolwide tournament could also bring increased attention to lesser-attended sports. However, attendance could obviously be an issue this year, which makes starting a big rivalry challenge difficult.

But nothing’s perfect this year. Livestreams could be created… groups could be formed… Even if those add-ons don’t happen, the rivalry-based atmosphere could just be added fun for the kids, because it’s always more fun to beat someone you know.

And with the Wisconsin Interscholastic Athletic Association speaking about holding “culminating events” rather than season-ending state tournaments, a localized competition could be a way to get some bragging rights and tournaments involved.

Once again, I have no idea if this is feasible, but it’ll be interesting to see how high schools across the country get creative this year. If the experiments stick, they could carry on after the pandemic. And if they’re dumb and the kids hate them, that’s okay too.

PREP SPORTS: Baraboo plans to move ahead with fall seasons

Badger Conference officials scheduled a meeting for next Monday to further examine fall academic models and sports schedules amid concerns about the COVID-19 pandemic.

The WIAA remained steadfast Thursday in wanting to have a fall sports season and give participation opportunities to student-athletes.

Area officials are leaning on each other as decision time approaches for the upcoming school year.

The Reedsburg football team celebrates with the Old River Jug after beating Baraboo on Oct. 11, 2019, in the 132nd all-time meeting between the schools.

Members of the Baraboo football team pose with the Old River Jug after defeating Reedsburg 17-14 at Beryl Newman Stadium on Oct. 13, 2017. The win broke a five-year losing streak against rival Reedsburg.