The wave pool area at Mt. Olympus Water and Theme Park in Wisconsin Dells had few guests on the Saturday of Memorial Day weekend in 2020.

MADISON — The economic reality of a pandemic on one of the state’s leading industries is now official.

None of the state’s 72 counties saw an increase in visitor spending when compared with 2019, according to numbers from the state Department of Tourism obtained by the Wisconsin State Journal.

With the dramatic losses, Dane County slipped from second to third in direct tourism spending. Milwaukee County still leads the state but saw a 39.3% decrease in spending to $1.3 billion as events such as Summerfest and Wisconsin State Fair were canceled, the Democratic National Convention was held virtually and no fans were allowed at Milwaukee Brewers games.

Sauk County, home to a large portion of the Wisconsin Dells attractions and lodging, moved from third to second after spending dropped by only 16.3% to $958 million.

But in a separate study commissioned by the Wisconsin Dells Visitor & Convention Bureau and which covers multiple counties that make up the Dells target area, direct visitor spending was down 29.1% to $856.6 million. The number of visitors to the region dipped to 3.52 million compared with 4.9 million in 2019.

“Although there is no making up for those dollars lost, we are looking towards the future with enthusiasm as traveler sentiment continues its positive upward trend,” Romy Snyder, president and CEO of the WDVCB said. “Despite major setbacks, businesses have continued to push forward with new things for 2021. We know there is a lot of work ahead, but we look forward to welcoming visitors back to the destination they know and love.”

Activities such as biking, fishing, camping, paddling and hiking all helped stem the losses for several northern counties. Vilas County, home to over 1,300 lakes and miles of bike trails, saw spending dip by 3.9%, Bayfield County on Lake Superior saw a decrease of 2.7% while Ashland County was down 7.8%. Trempealeau County, which ranks 53rd in spending, saw the smallest decline at 1.9% to $27.4 million.

No fanfare this year

The overall economic impact of tourism in Wisconsin dropped 22.3% to $17.3 billion, according to the numbers from Tourism Economics, which was commissioned by the state to study spending.

The state Department of Tourism normally trumpets its annual spending report and in years past has given the Wisconsin State Journal embargoed data to prepare stories about what are typically positive trends in tourism spending.

But this year the numbers were not released to media by the state, there was no advance notice nor even a press release. Acting Tourism Secretary Anne Sayers has not issued a statement about the numbers and could not be reached for comment. She replaced Sara Meaney, who left the position in November after two years on the job.

On Monday afternoon, Craig Trost, communications director for state Tourism, said the department has “taken a much different approach than in previous years,” he wrote in an e-mail. It stressed that state Tourism in 2020 distributed nearly $12 million to destinations through recovery grants and that a survey by Longwoods International showed that 87% of travelers are planning a trip in the next six months.

“Just like a traveler participating in a Wisconsin road trip, we are focused on the road ahead of us, not the road behind us,” he wrote. “However, we acknowledge that the pandemic impacted tourism spending in communities differently. While we are focused on inspiring the recovery, we defer to our local destinations to tell their unique economic story this year.”

Angela Witczak doesn’t mind sharing intimate details of her life with the public, and she thinks women in particular might benefit from her experiences, described in her new book, “Life is a Circus: Enjoy the Show.”

“By the time I was 21 years old, I had lived more life than most people live in a lifetime,” Witczak said.

The longtime Baraboo resident, who grew up in Portage, had been married and divorced, had three children and gave another up for adoption before she could legally drink alcohol. 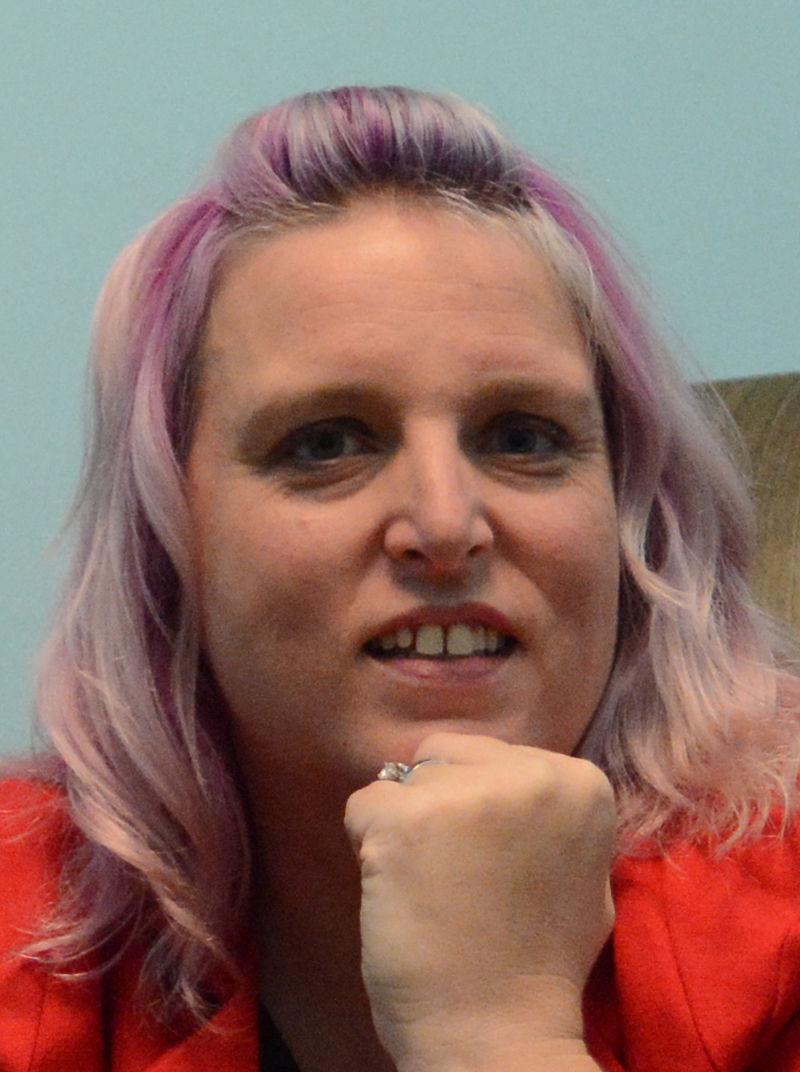 Now 41, she’s at two divorces, three marriages and eight children, two of whom she adopted from foster care. Witczak said she’s been diagnosed with multiple sclerosis, once settled for an emotionally abusive relationships and learned how to cope with the murder of her younger brother.

“I talk about all of that (in the book), and I talk about how you can move through all of those things, finding joy in your life no matter the circumstances,” she said.

The book, which she describes as a memoir/self-help book for “women who have experienced tragedy and chaos and crazy,” combines stories from her own life with those of circus history. Published by Author Academy Elite, it was officially released Saturday and will be available for purchase soon from Baraboo shops Cornerstone Gallery, The Village Booksmith and Wild Bird Barn, Witczak said.

It’s also available from Amazon and Barnes & Noble. More than 400 copies sold through pre-orders, according to Witczak.

Her inspiration came from hearing people use the titular phrase in a negative way, meaning their life is chaotic or frustrating, she said, when circuses are meant to bring joy, laughter, wonder and entertainment. Witczak said she’s loved the circus ever since she was a child visiting her grandparents in Baraboo. Every summer, they would go to Circus World, she said.

As an adult, she started taking her own children on frequent visits, especially with her youngest, who’s now 7.

One of the circus stories she tells in her book is about Dolly Dimples, known for being a circus “fat lady” and an accomplished singer. Dolly was ridiculed for her weight, but eventually earned a world record for weight loss.

“I have struggled with self-esteem for most of my life,” Witczak said. “It wasn’t until I was 32 years old that I even thought I was a valuable person or worthy. It took a lot of work on myself, and so I talk about Dolly Dimples … I talk about how she never gave up in her life.”

Witczak said she realized her second marriage had been a toxic relationship only after it ended. When her ex-husband first told her he no longer wanted their life together, they were six months away from formally adopting two foster children who had been living with them for years, she said. She asked him to stay until they signed the adoption papers to ensure it went through.

“After he left was when I really hit this rock-bottom state of trying to figure out who I was, what I was, what my value was,” she said, adding that her life felt like a circus — “and not the good kind.” That experience launched her path to personal growth through therapy, life coaches and self-help books, which helped her realize “every day is a choice.”

She started writing the book in 2019, but then took several months off after her parents broke the news on a Monday afternoon that her brother had been shot in the head.

The chapter dealing with his death is about finding peace through forgiveness, Witczak said, because she had to learn to forgive herself for not saying the things to him she wished she had, and she had to forgive the woman who killed him.

“I had to make peace with that, that if I carried around hatred and bitterness and anger towards this person that killed my brother, it would eat me alive,” Witczak said.

Despite the challenging, heavy topics, Witczak makes them readable and entertaining, said Laura Hulleman of Merrimac, a friend of Witczak. She’s read excerpts from Witczak’s book, which she said were “outstanding.”

“She is an excellent storyteller and can tell her story in a way that allows other people to see their reflection in that story. The excerpts out of the book that I read have done just that,” Hulleman said.

Hulleman said Witczak’s stories make her readers feel less alone in their struggles and gives them advice they can act on.

“It’s like that life preserver that they throw off the boat and you can get your head above water for the first time,” she said. “I think this book is going to be like a life preserver for a lot of overwhelmed, feeling-not-enough moms out there.”

The two friends, both of whom bill themselves as life coaches in addition to other work, are now starting a project together, an anthology of women’s stories, tentatively titled “Walk a Mile in My Own Shoes” and expected to publish in early 2022.

Witczak said she has been marketing “Life is a Circus” herself and will be appearing as a guest on several podcasts this month, including This Fat Girl Life, Living Self Podcast and We Are Not So Different.

She currently runs Labrador Deliveries in Baraboo but is trying to sell the business. She also serves on the Baraboo Park and Recreation Commission and the Baraboo Area Homeless Shelter Board.