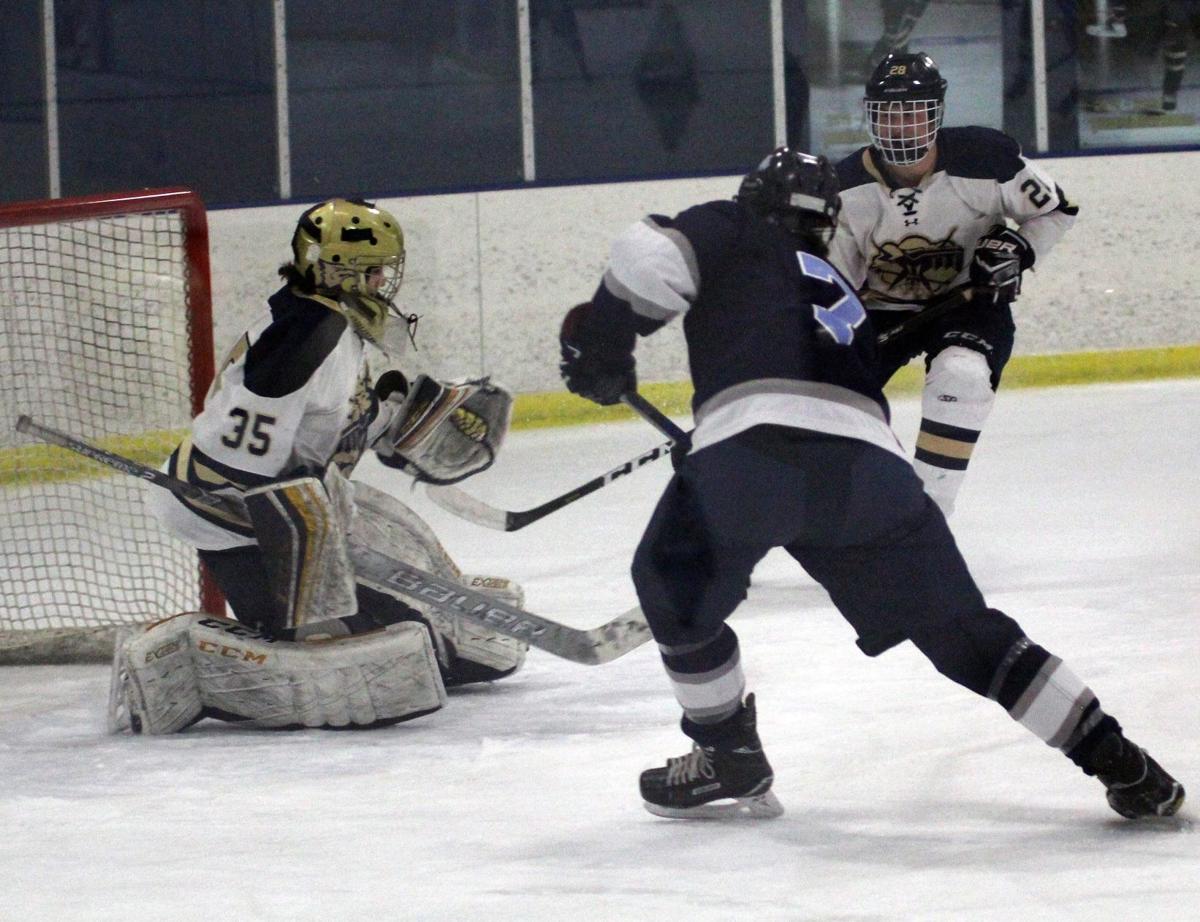 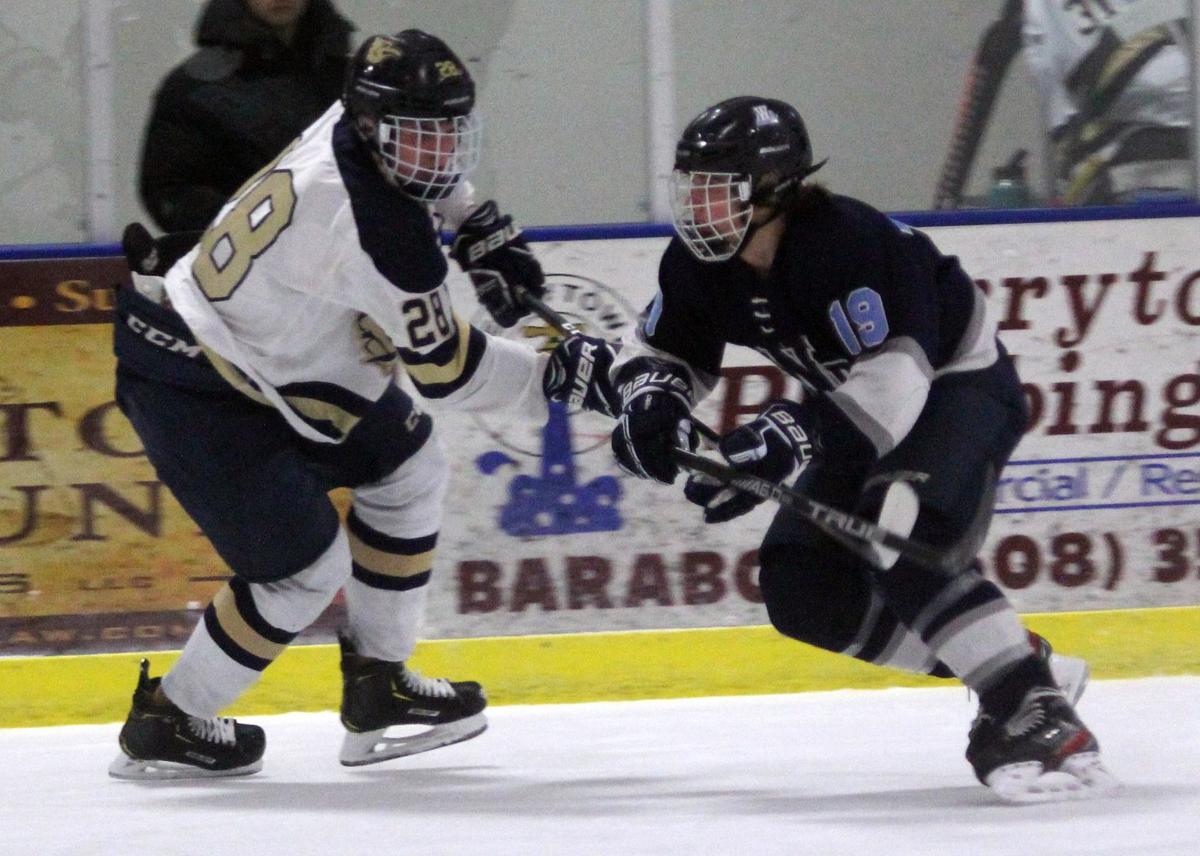 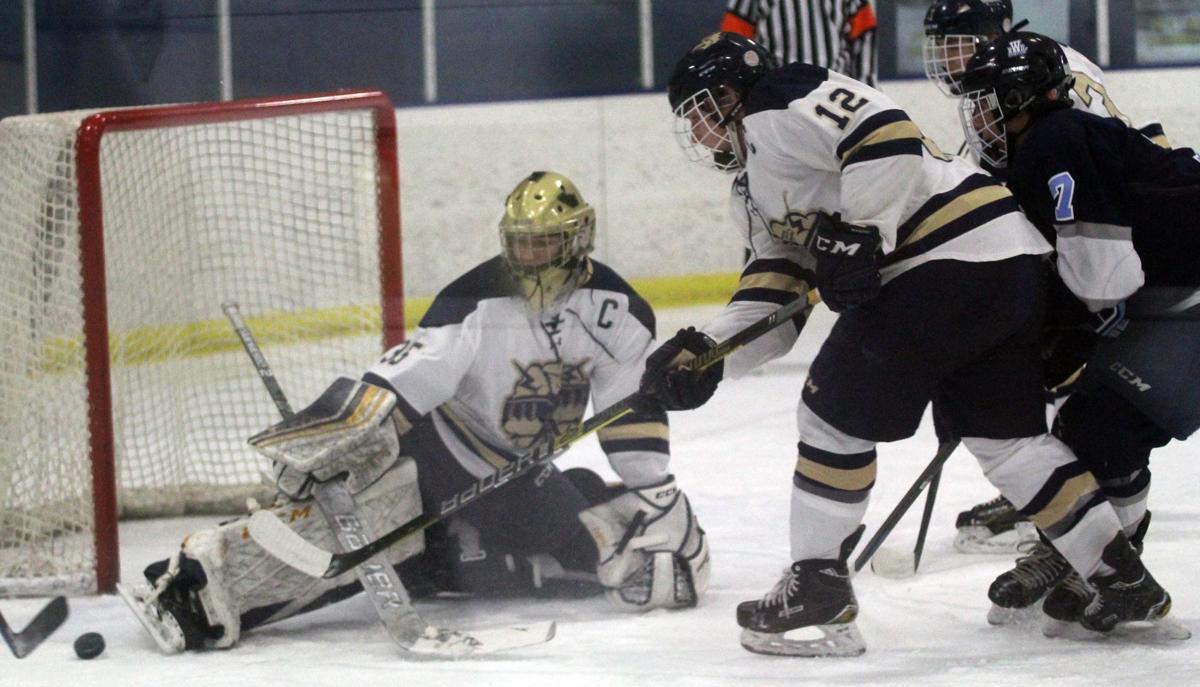 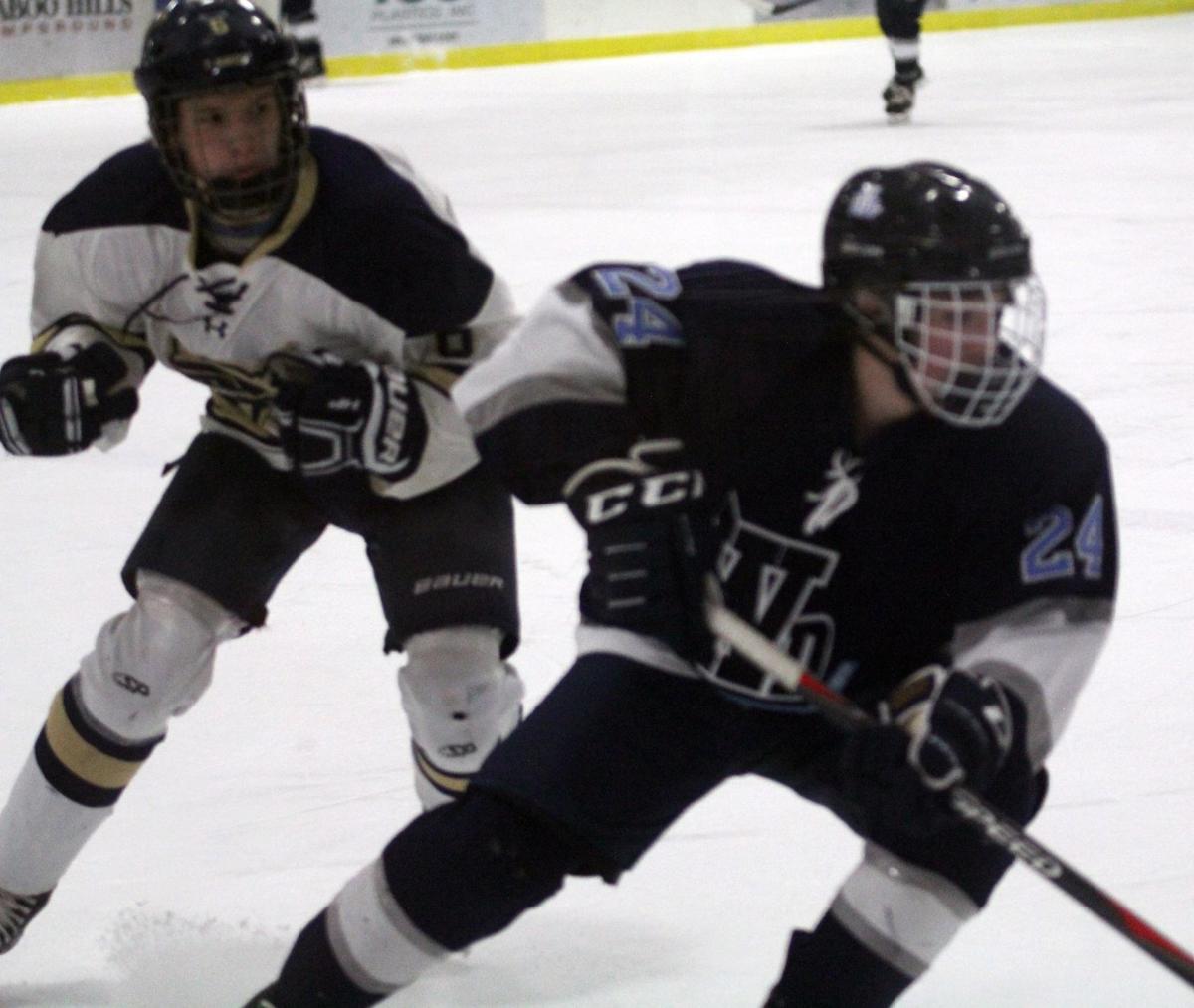 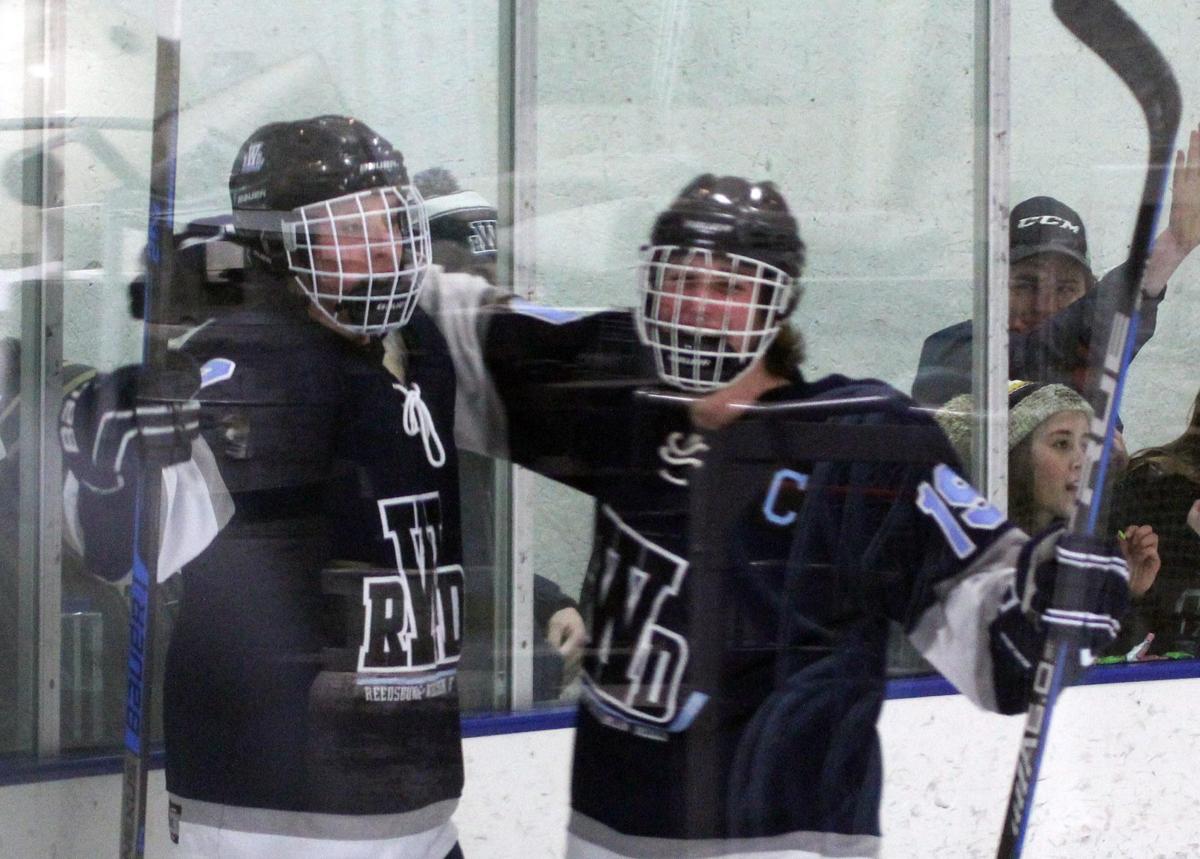 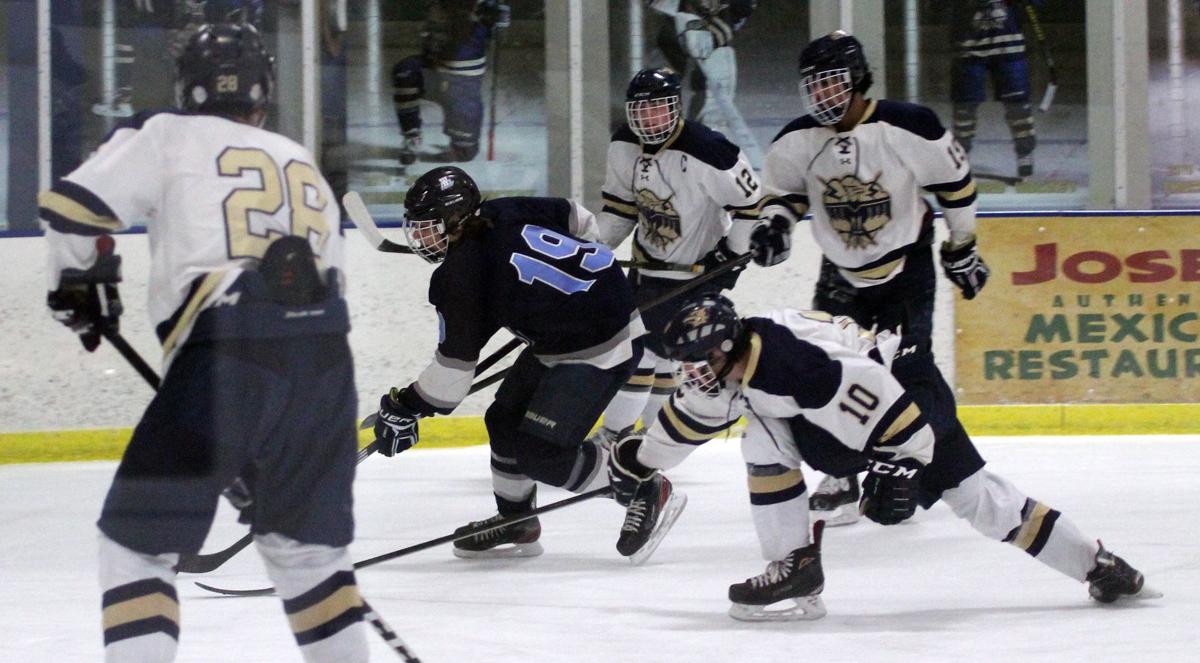 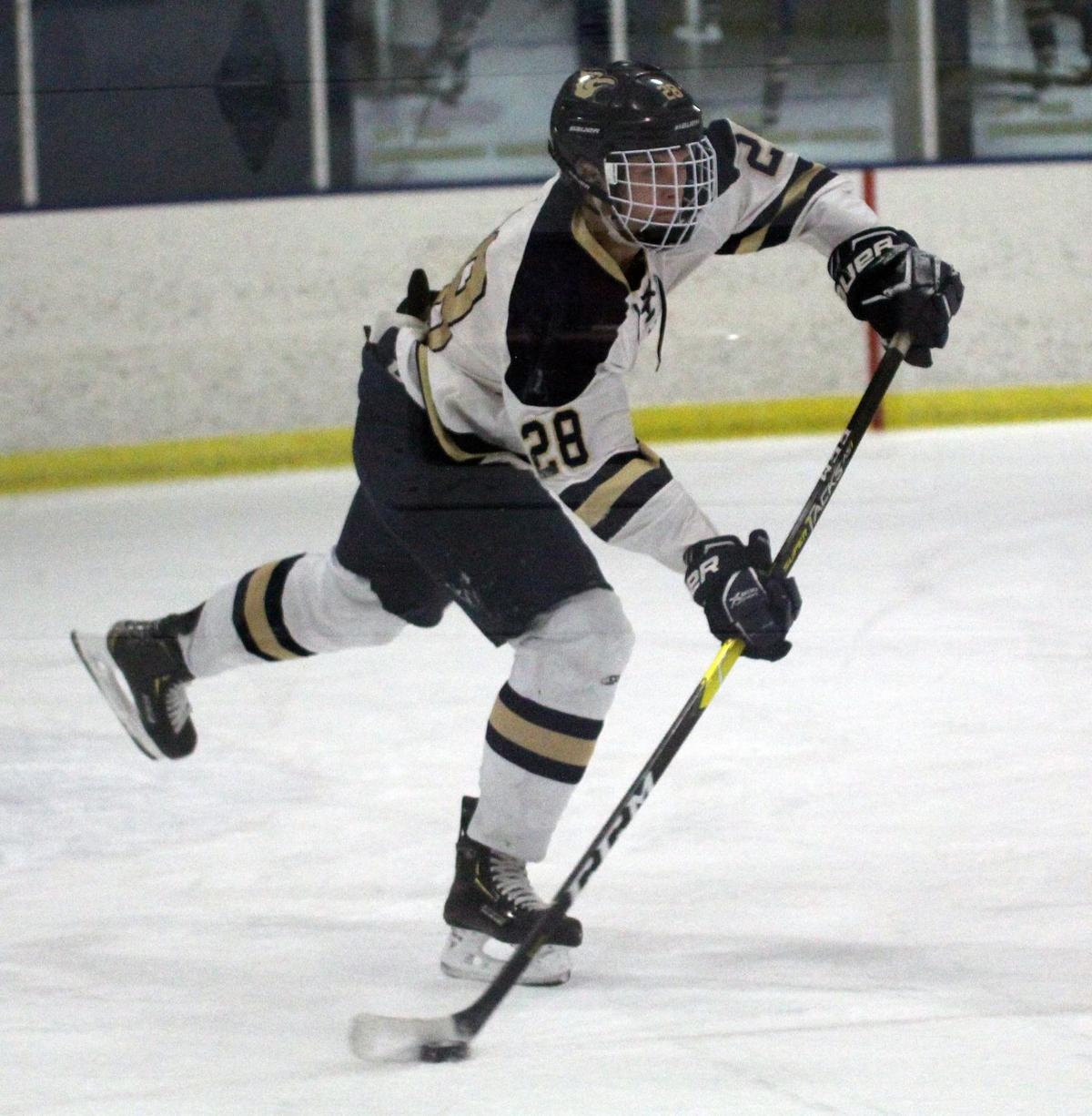 Baraboo/Portage's Luna Larson sends the puck up ice during a Jan. 7 home game against Reedsburg/Wisconsin Dells/Mauston. 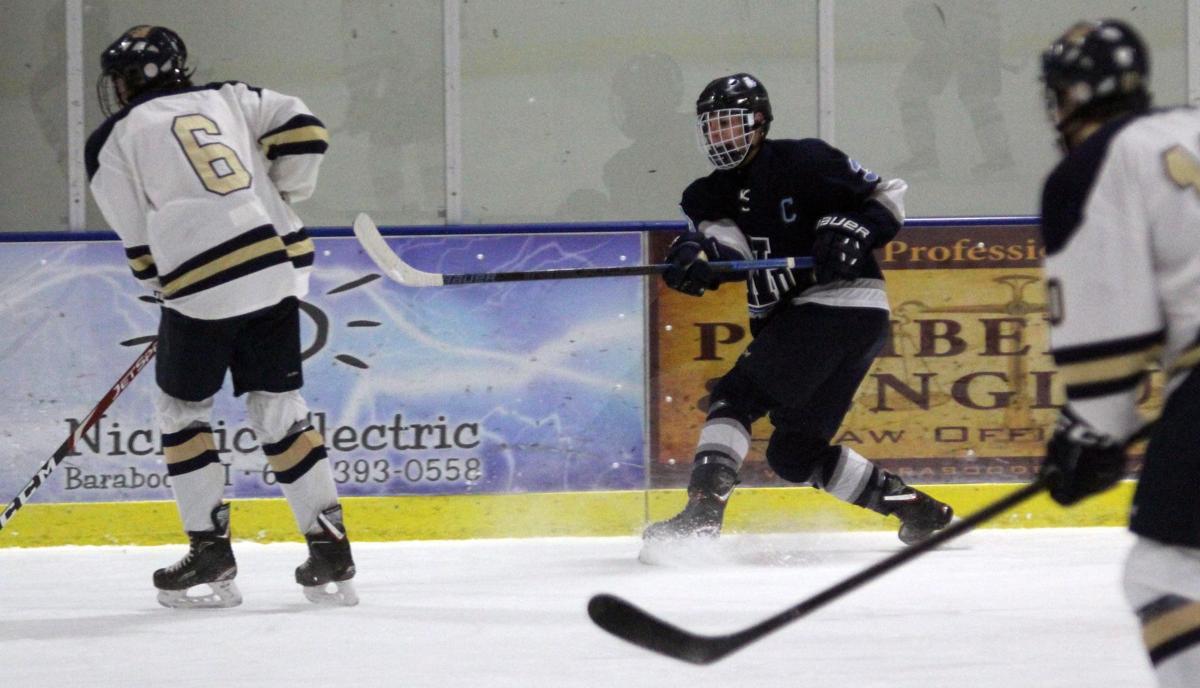 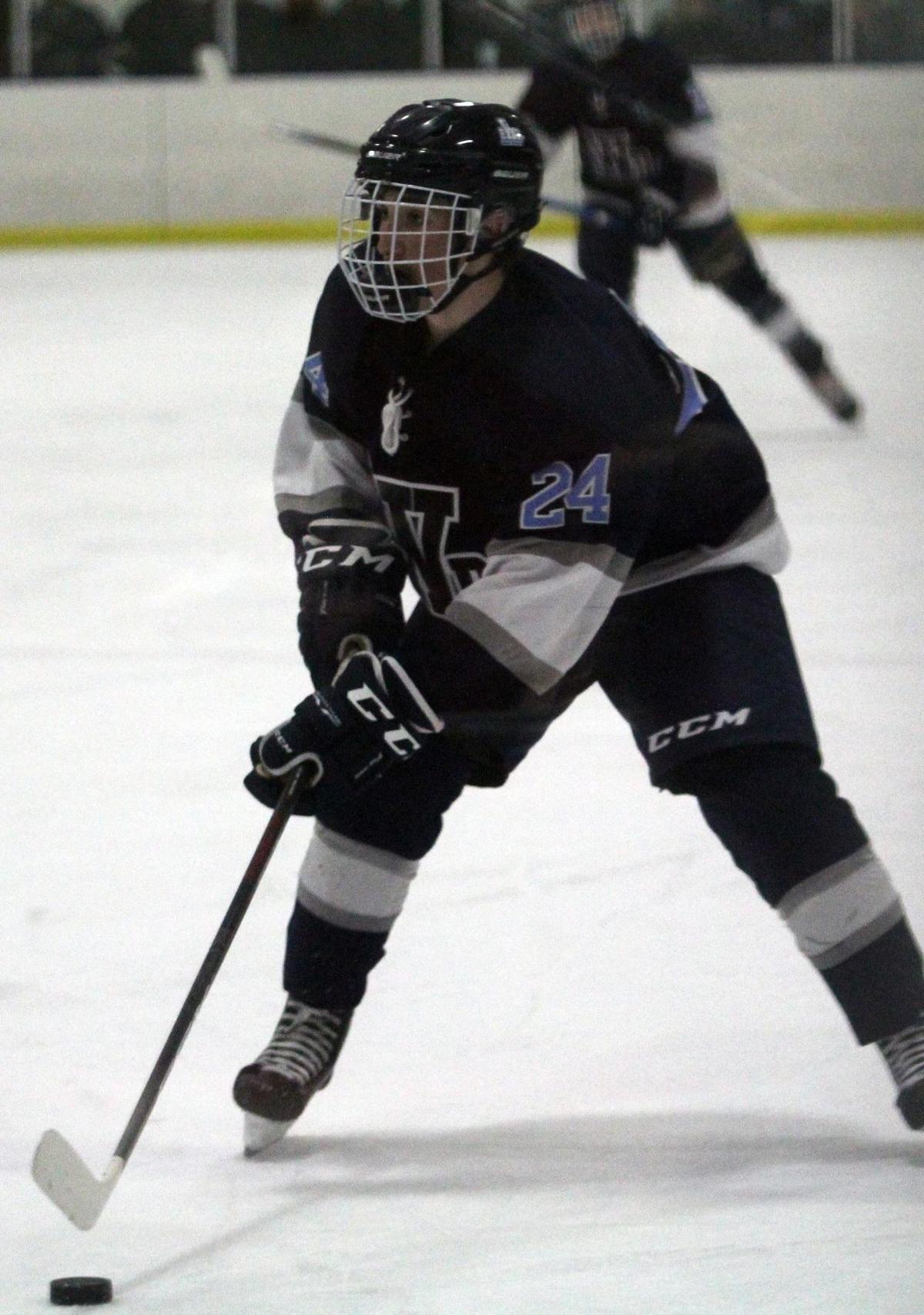 Baraboo/Portage goalie Dane Hinz held off an early onslaught, but the Cheavers stood out on the penalty kill and eventually found their mark to notch a 3-0 Badger North Conference win at Pierce Park in Baraboo.

The Cheavers (5-7-1, 2-2 Badger North) had their foot on the gas pedal from the opening faceoff. Clayton Pfaff got a good look at net in the first minute, then Danny Ely got loose for a one-on-one with Hinz, and Nick Horzewski got a shot off in an opening rush that was played almost entirely in front of the Baraboo/Portage goal. But Hinz stopped them all, keeping the game scoreless until the Thunderbirds (7-7, 1-3) found their footing.

Baraboo/Portage got their first shot, which was saved by Reedsburg sophomore Cooper Oakes, off at about 3 minute, 30 seconds into the game. The play started to even out, as both teams created scoring on chances and went on power plays.

Baraboo/Portage’s power play backfired. Reedsburg/Wisconsin Dells/Mauston killed it off, then immediately got the puck to Thomas Pfaff, who was breaking out of the box as the teams went to full strength. The senior captain took the puck up the right wing, then slid it to co-captain Danny Ely in the middle. Ely, a junior forward, found the back of the net to give Reedsburg/Wisconsin Dells/Mauston a 1-0 lead with 2:39 remaining in the first period.

The T-Birds thought they drew even 1:20 into the second period, briefly raising their sticks in celebration before Oakes made a late recovery to keep the puck out of his net.

Baraboo/Portage continued to pressure, but was hurt again by a power play. Thomas Pfaff and Ely connected again, with Pfaff finding Ely for a shorthanded goal with 7:56 to play in the second period.

The Cheavers killed off another power play to take a 2-0 lead into the final period.

RWD’s top line continued to create opportunities, as Thomas Pfaff nearly found Ely again in front of the Baraboo/Portage goal in the opening minute of the third period.

Thomas Pfaff closed the game with a goal of his own, scoring an empty-net goal with 49 seconds remaining to end the Cheavers’ four-game losing streak and give them their eighth straight win over the T-Birds.

Oakes and RWD held on for their third shutout win of the season, and first in conference play.

Baraboo/Portage was shut out for just the second time this season, with the last coming in a 5-0 loss at Waunakee on Dec. 19. The T-Birds’ last win in the series was a 5-4 victory at Reedsburg on Feb. 5, 2016. The teams will meet again when Baraboo/Portage visits RWD on Feb. 7 at the Poppy Waterman Arena in Lake Delton.

Both teams will continue Badger North play later this week, with the T-Birds hosting Beaver Dam on Thursday and the Cheavers hosting Waunakee on Friday.

Cecelia Oettinger and Alec Schmelzer have been named as the 2020 WIAA Scholar Athlete Award representatives for Baraboo High School.

Baraboo/Portage's Luna Larson sends the puck up ice during a Jan. 7 home game against Reedsburg/Wisconsin Dells/Mauston.