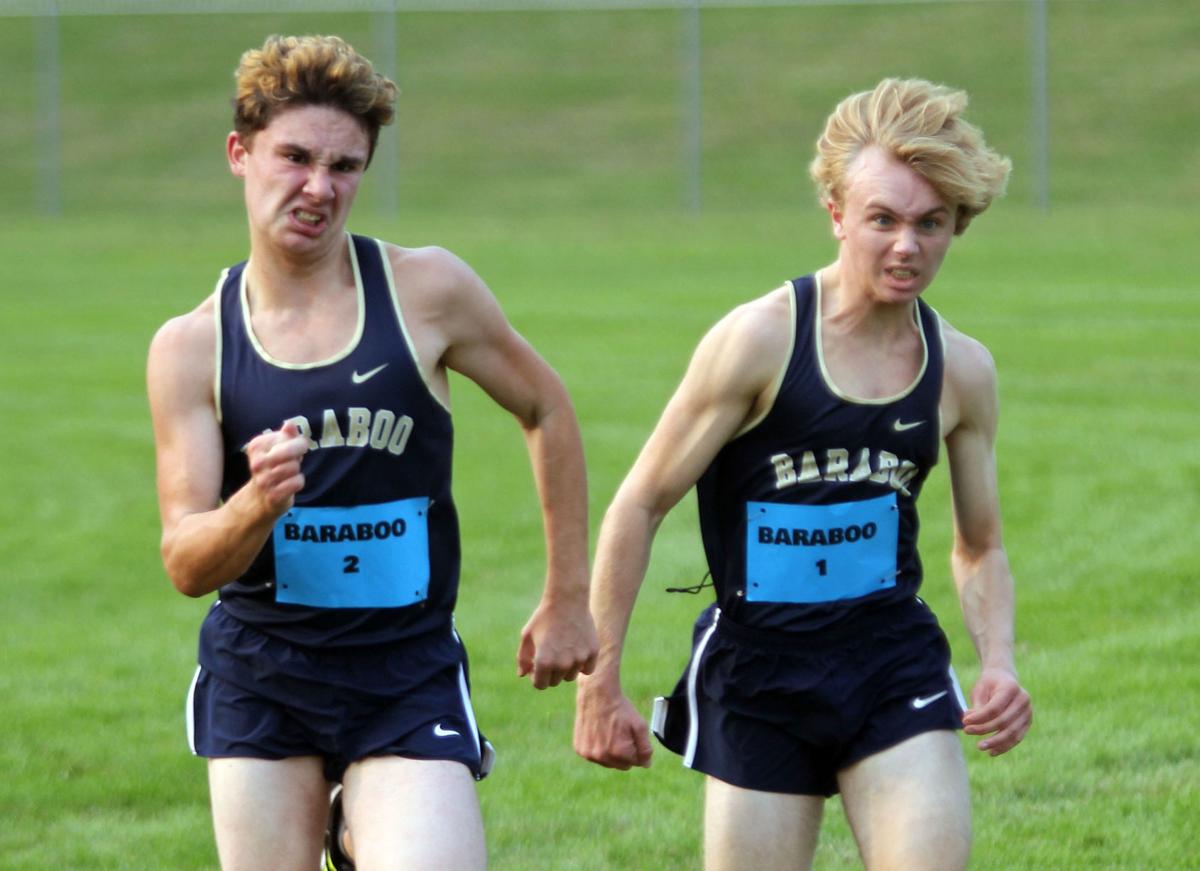 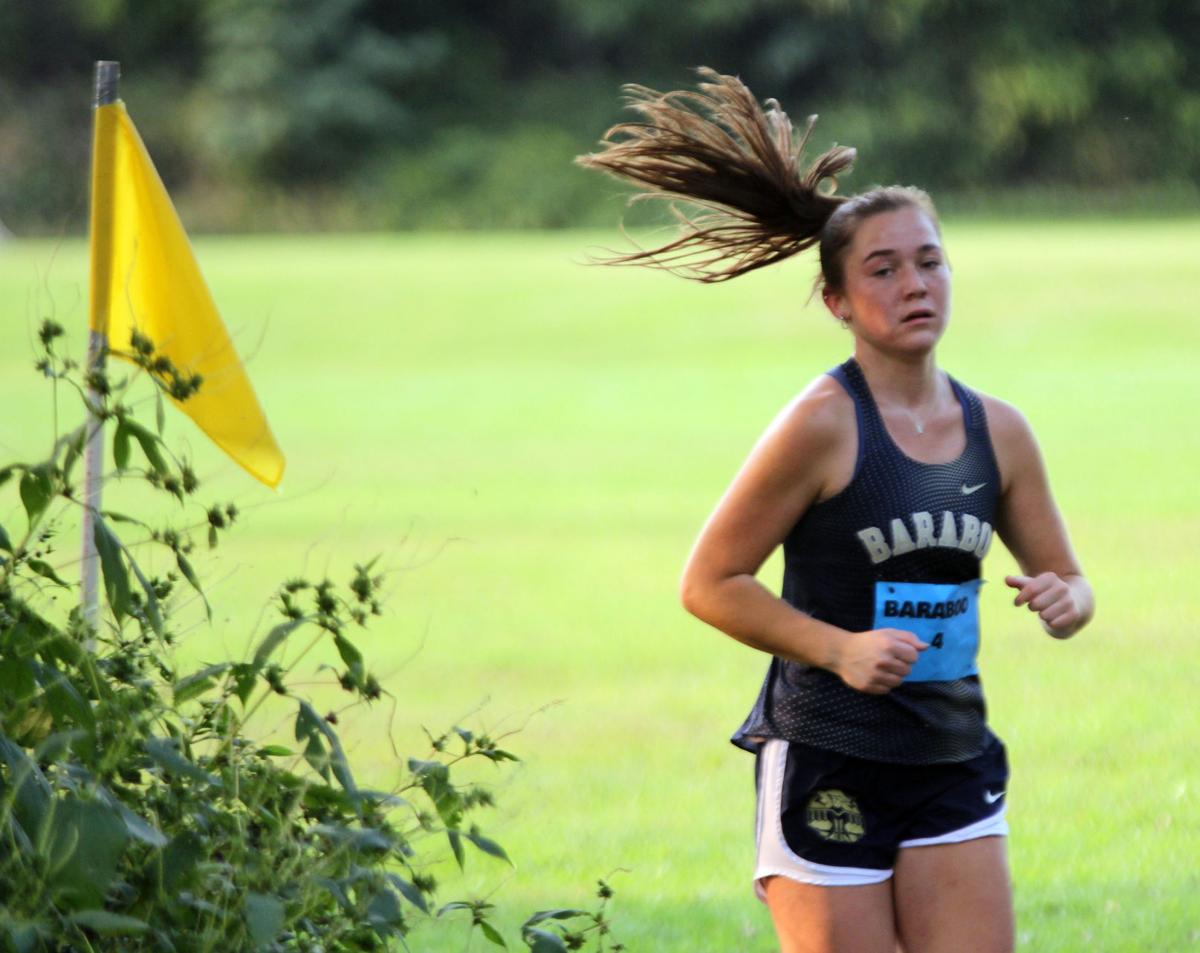 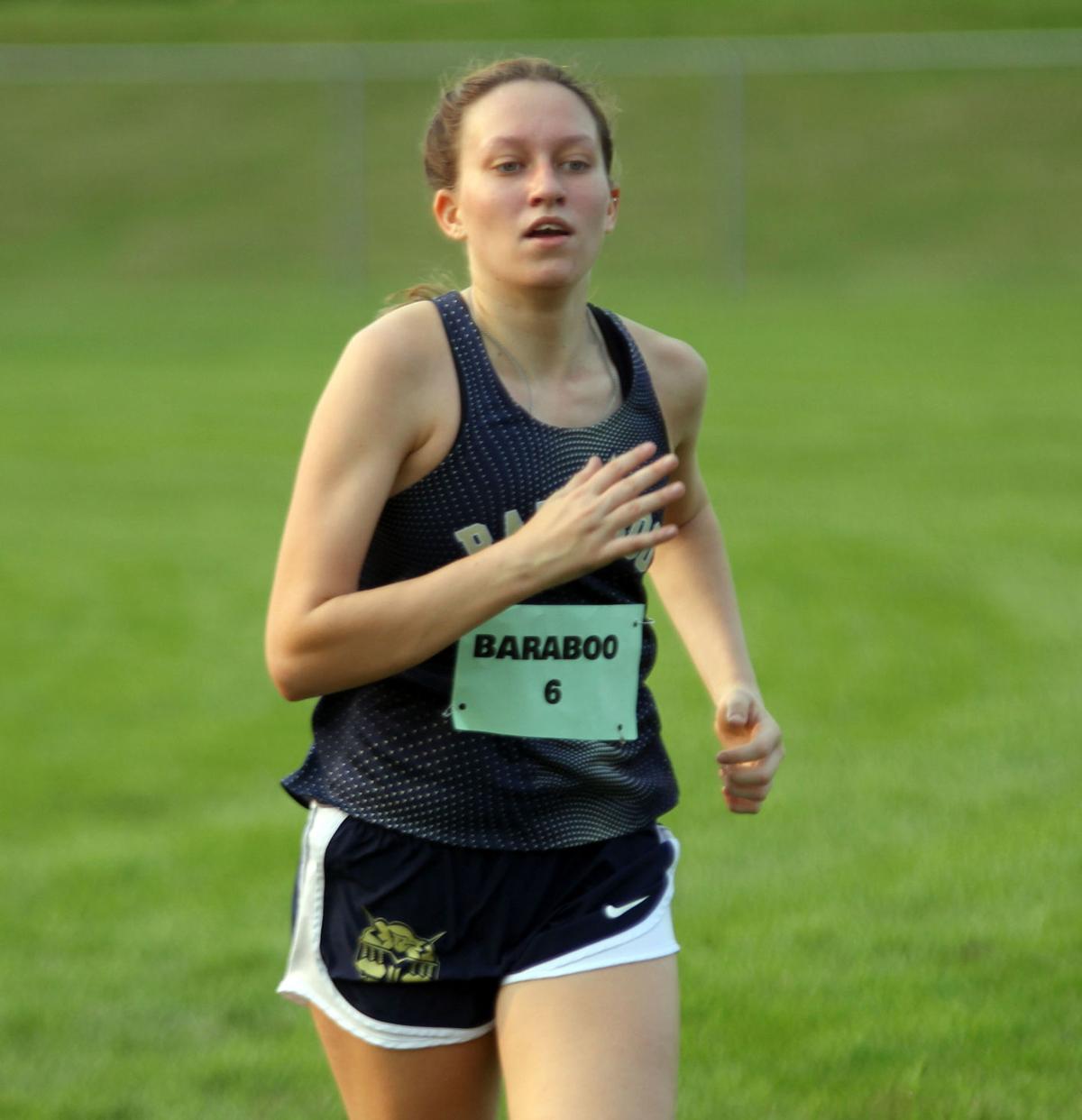 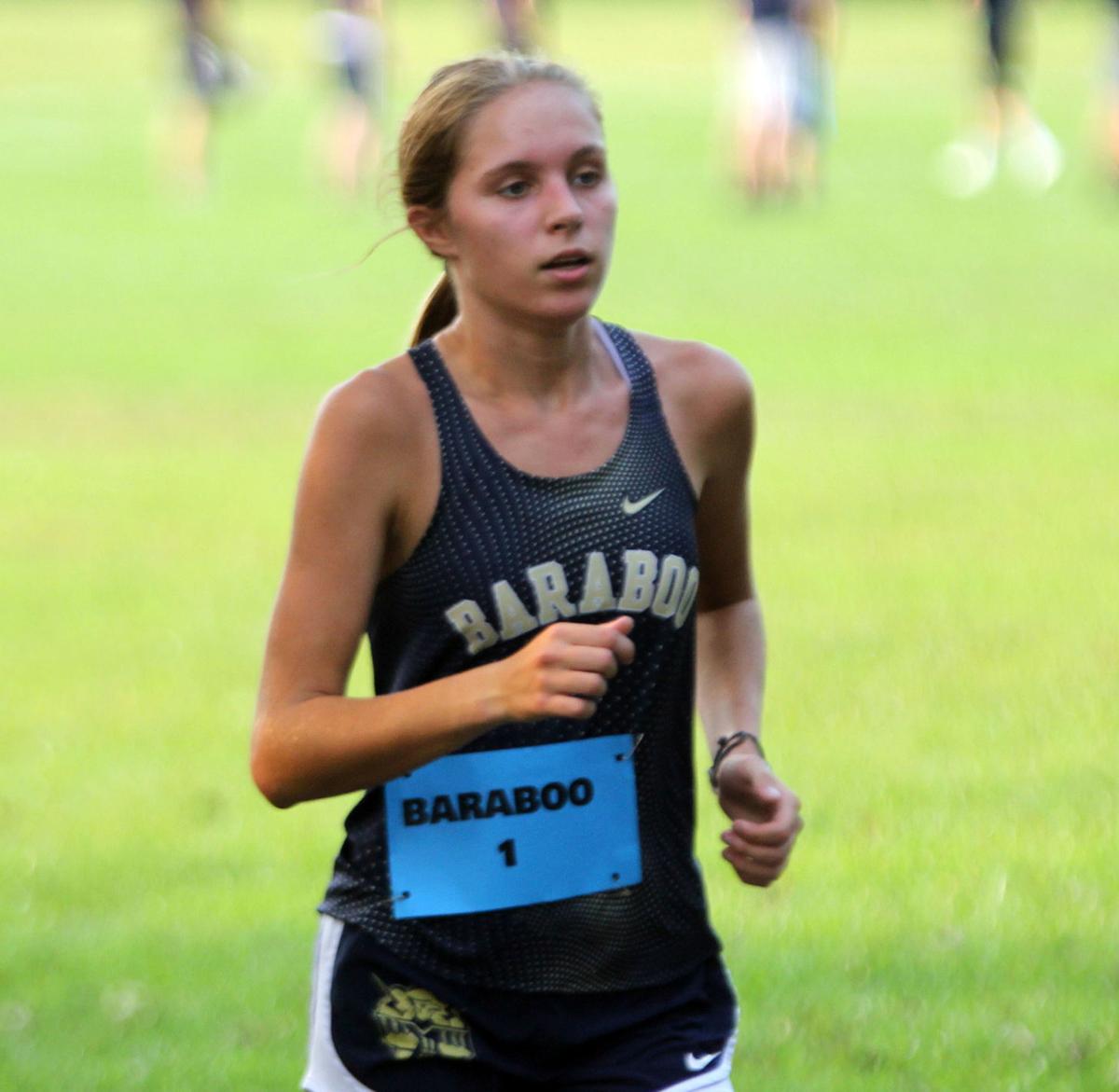 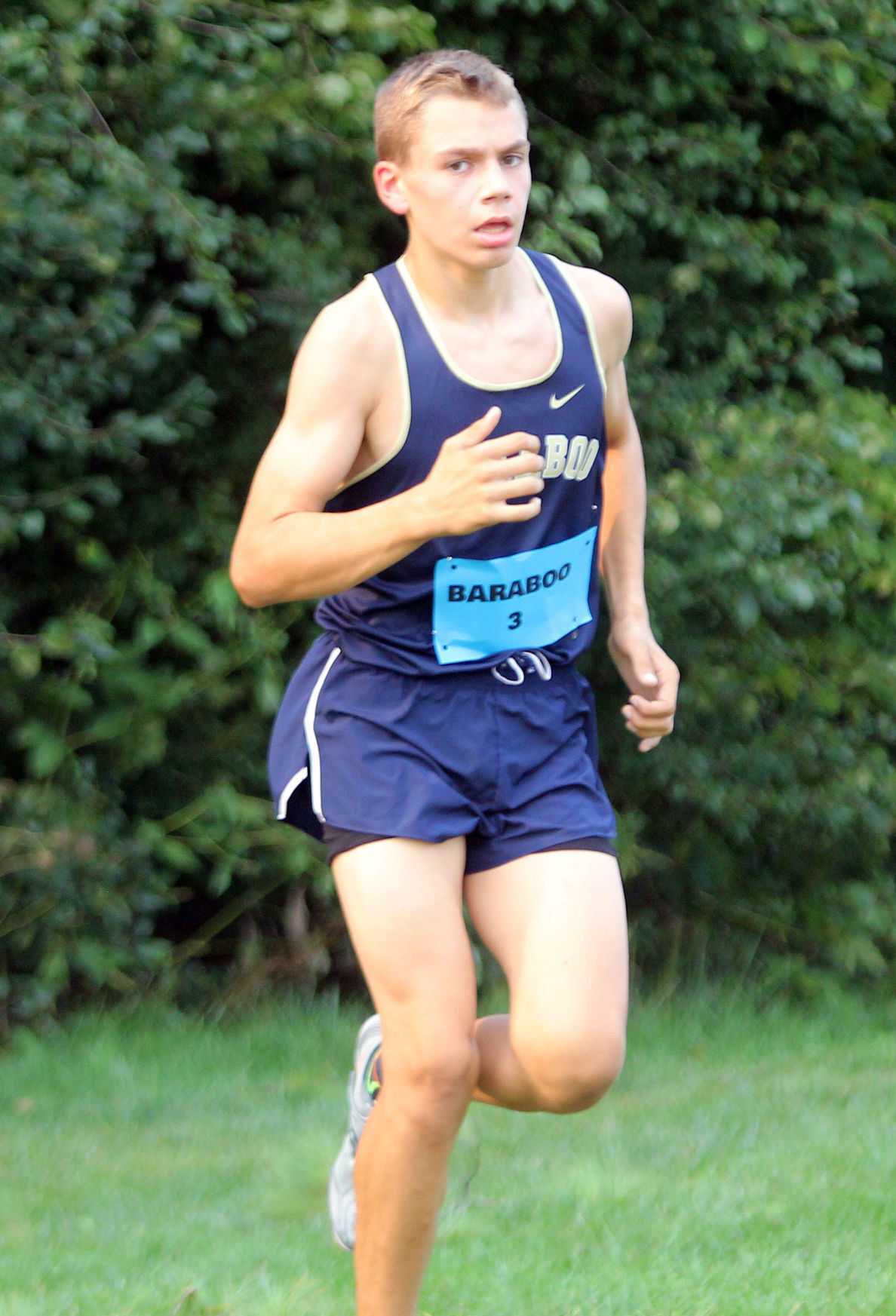 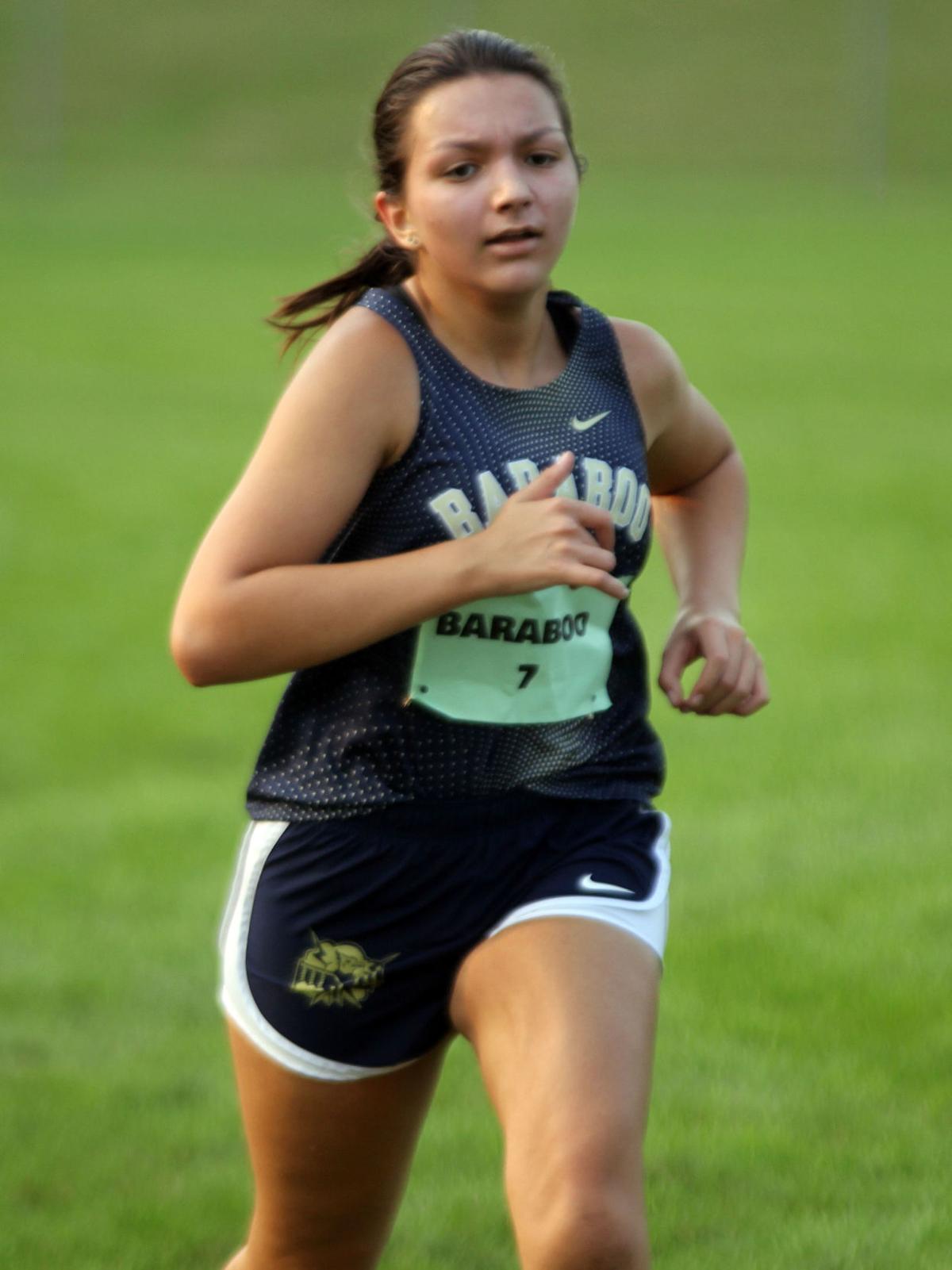 The Baraboo teammates wanted to test each other, ending the 5,000-meter race with a side-by-side sprint that spearheaded the Baraboo boys’ 21-36 dual-meet win over Portage at Baraboo High School. The Baraboo girls did them one better in the second race of the night, using the top three runners to claim an 18-42 win over the Warriors.

“This was the best meet of my career,” Yesipovich said after crossing the finish line in 18 minutes, 52 seconds to hold off Dunnett (18:53). “I’m happy that we both crossed together, and we managed to beat Portage, which was nice. ... I thought about this race all night long, I couldn’t fall asleep (last night).”

“It was beautiful,” said Dunnett, who has gone toe-to-toe Yesipovich in all three events this year. “It was a good race. He keeps me paced, so we kind of help each other out.”

Yesipovich led the entire way. Baraboo head coach Jake Boll thought the sophomore might have gotten out a little too quickly, but he was able to hold off a fast-charging Dunnett at the end.

“A lot of credit to Daniel and Cortney today,” Boll said. “I’ll admit, with Daniel being a sophomore, I was a little worried because he went out in the first mile at 5:47, which on this hilly course, that’s a fast first mile. I was a little worried he couldn’t hang on, but he did, much to his credit. He took the lead in the first quarter mile and he kept it. Cortney gave him a run for his money there for that photo finish.

“I told the boys, it really doesn’t matter (who wins) in a race like that. You’re teammates, so whoever gets first or second, it’s three points either way. But it’s really nice to see them pushing each other and that camaraderie. The competition between them was fun to see.”

Once the high of their photo finish settled in a bit, Baraboo’s leaders doubled back to watch their teammates clinch the victory.

“There were a lot of guys out here that had really good finishes,” Dunnett said. “Connor Kleist had a really good race today. It was great seeing him run, he was right behind me for most of it. It’s fun just being able to see these guys come in after a great race. It’s something they should be proud about.”

“That was nice that we could get six guys up there,” Boll said. “The way that we tier, the first four go off and then the next four, so that puts a guy like Evan Exo, who’s our five man, at a disadvantage. It’d be nice if I could have him run with his third- and fourth-seeded teammates, but he can’t, he’s out there on his own. So he’s just running against the clock, hoping that he’s beating some guys, and to Evan’s credit, he did. Even though he was on his own, his time was good enough to bump a Portage guy that was in a different tier. So that was key.

“That’s how the strategy this year is a little different. You can’t see in live time exactly how you line up with the competition, which adds to the mental piece that every second counts.”

The Baraboo boys improved to 1-1 in duals this year, having suffered a loss at Waunakee on Sept. 10.

“We were disappointed in the results of the Waunakee,” Boll said. “We knew we’re just as good and had the ability to beat them, so that gave them a little drive to do well today, and it showed. On paper, Portage and us were neck and neck, but we were the better team on this course today and we showed it.”

“Earlier in the week, we weren’t scared of Portage, but just knowing they were a similar team as us gave us a wakeup call,” Dunnett said. “We knew we had to kick it into gear, and I think today was a good way to do that.”

The Baraboo girls were in total control Tuesday.

Weyh dropped a second off her season-best time, while Krayer took 2:09 off her previous season best.

"Haylie has been battling some knee injuries and has been doing a lot of biking for practice with our athletic trainer. I was very pleased with her race because she looked a lot stronger and appeared to be pain free," Baraboo girls head coach Julie Faylona said. "She was immediately out there in the lead, two minutes in front of the next runner, so she pretty much just had to race herself.

"The standout athlete for this meet was Venna Krayer," Faylona said. "Venna started in the second wave, took it out hard, and was able to catch up to the first wave. She came through the mile at 7:14 and worked hard to maintain an overall pace of 7:45."

"I was also very impressed with freshman Olivia Hollenback," Faylona said. "She put in a lot of miles over the summer and had a good base. She's been working hard at practice, and today she took 20 seconds off her best time. I think she has a lot of potential."

The T-Birds will compete in Saturday’s invitational at the Hartje Center in Reedsburg, then head right back there Tuesday for a dual meet against the Beavers.

Photos of the prep cross country dual meet between Baraboo and Portage on Tuesday, Sept. 15, 2020, at Baraboo High School.