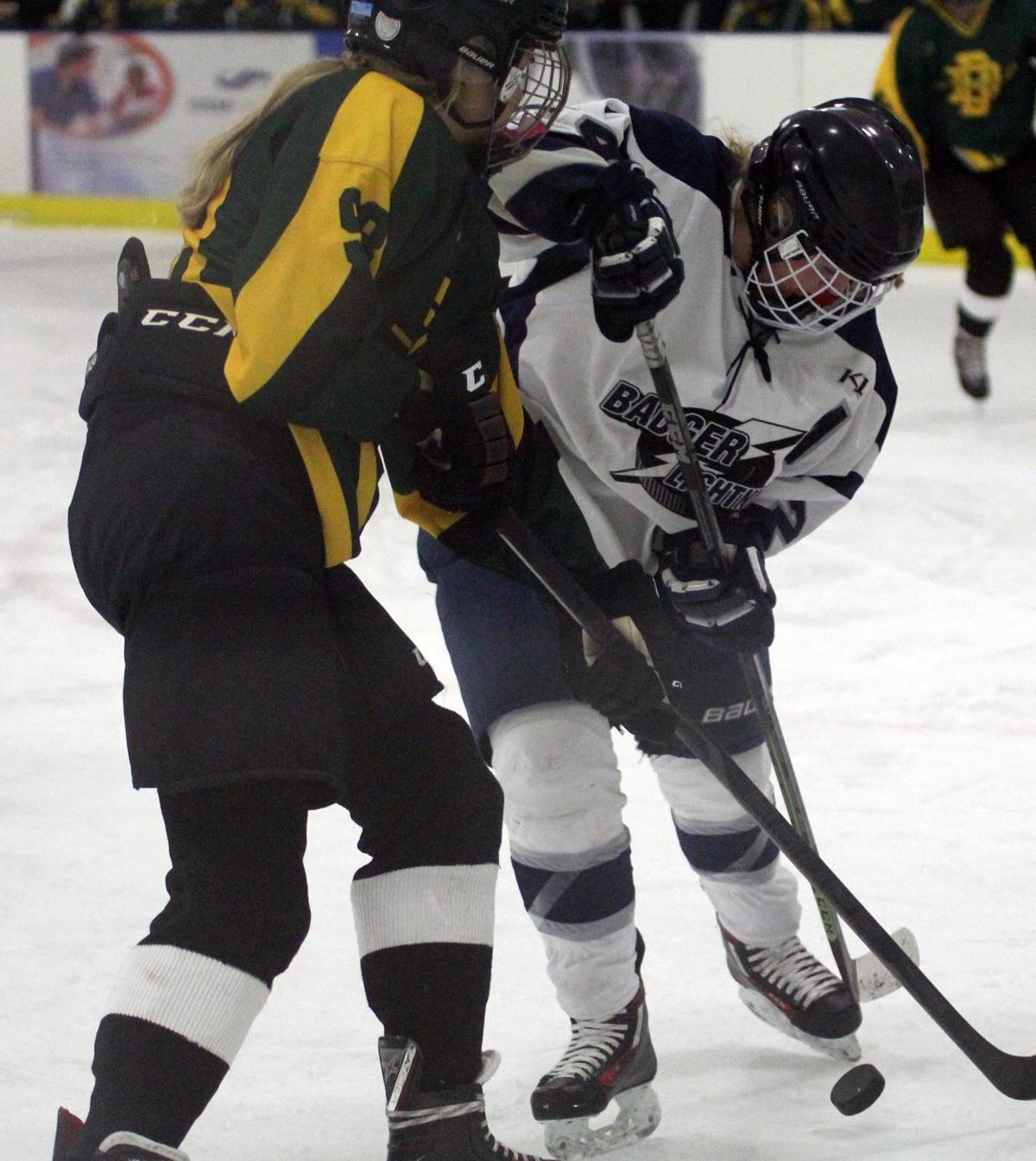 The Baraboo co-op's Baylee Babcock (right) and Beaver Dam's Lexi Schmidt fight for the puck during Tuesday's game in Baraboo. 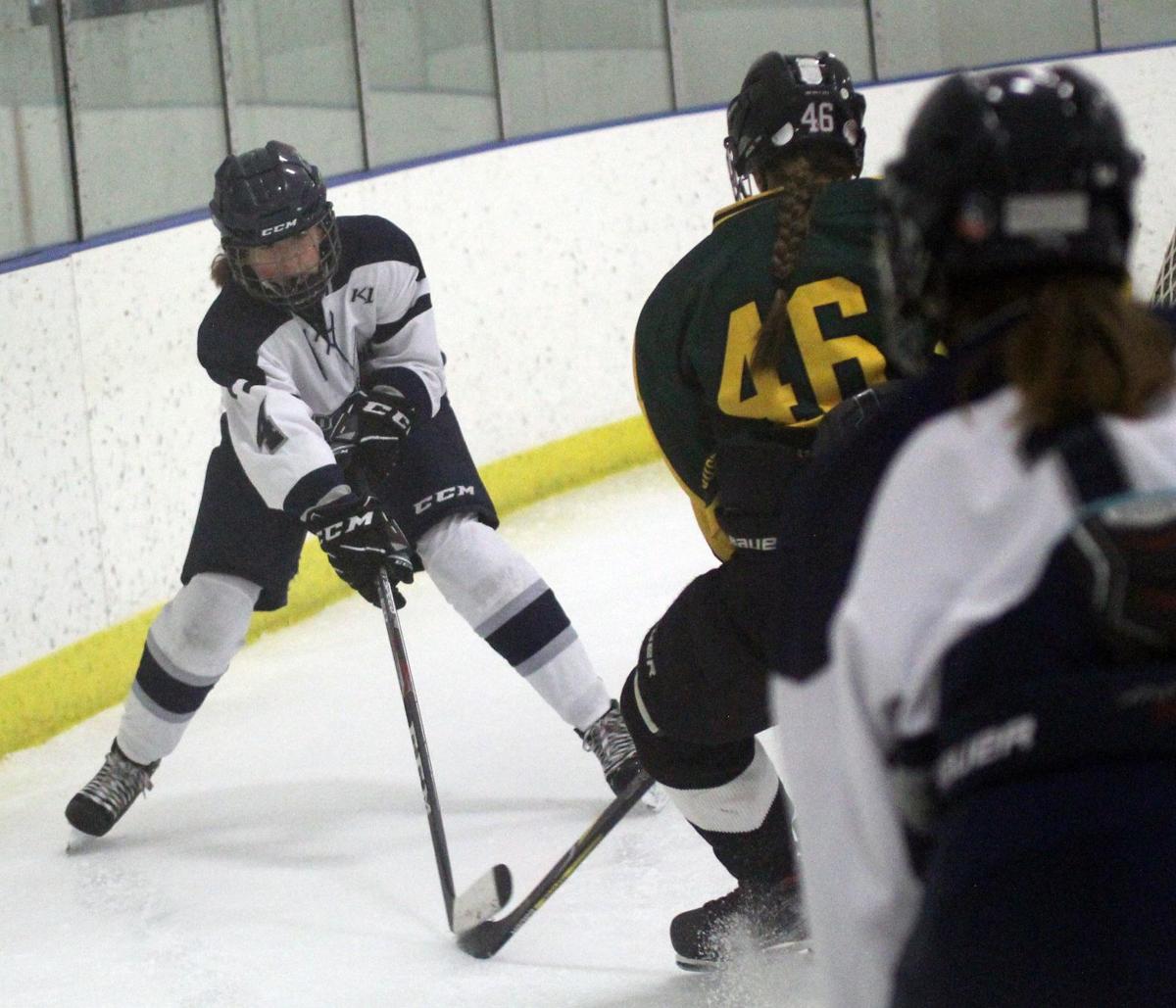 The Baraboo co-op's Kayla Capener and Beaver Dam's Dayna Jones compete for the puck during Tuesday's game in Baraboo. 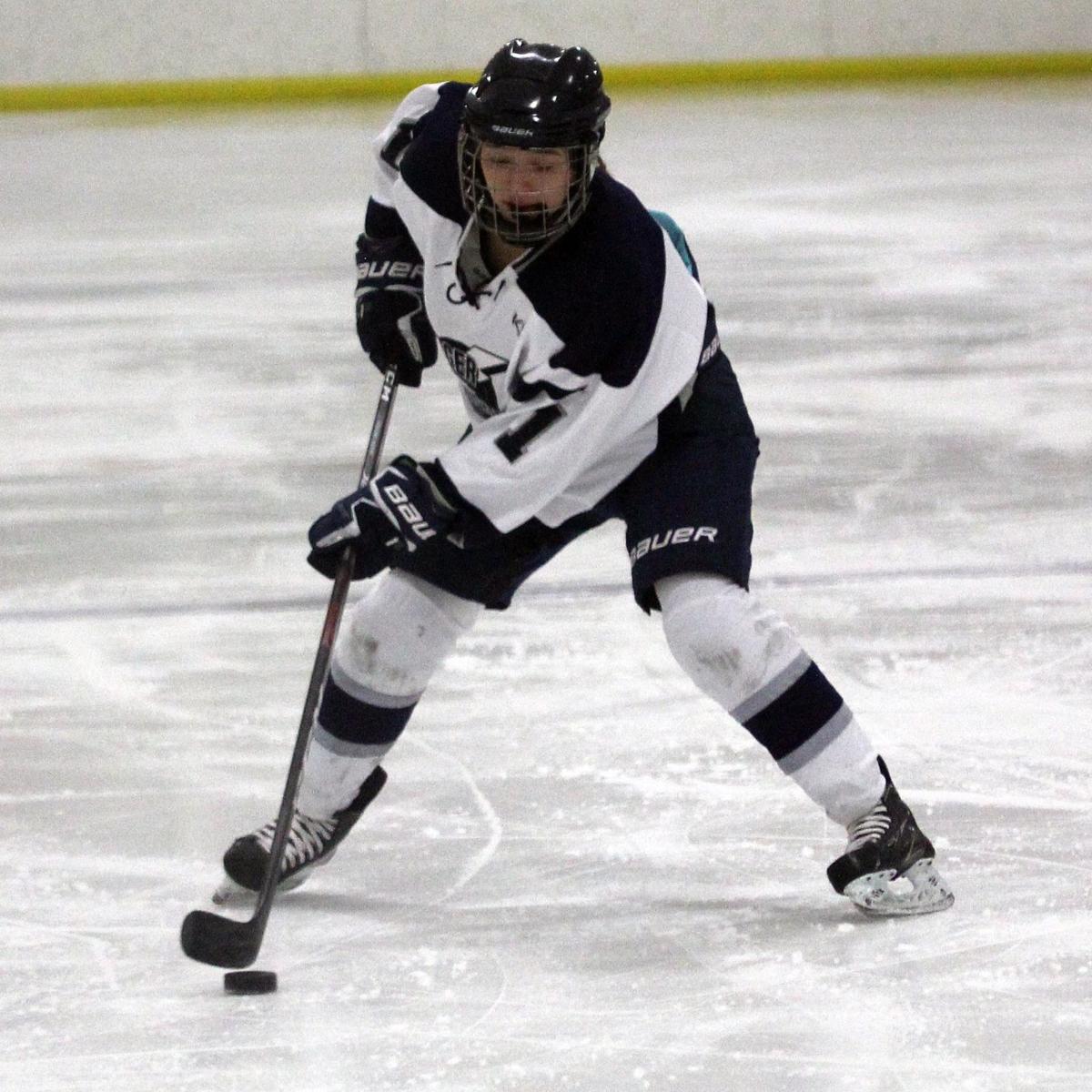 The Badger Lightning prep girls hockey team, a Baraboo-based co-op, closed out the regular season with Friday’s 7-2 non-conference loss against the Lakeshore Lightning in Mequon.

The Baraboo co-op kept it close early, trailing 1-0 after the first period. The hosts pulled away with a four-goal second period.

Anna Gontarski had a hat trick for Lakeshore (8-10), which swept the season series. Lakeshore also claimed a 5-2 win in Baraboo on Nov. 30.

The Baraboo co-op finished the regular season with a 5-16 record, including going 3-9 to take sixth in the Badger Conference.

The Lightning are going into the playoffs with some momentum, winning three of their final six regular season games. The Baraboo co-op was coming off Tuesday’s 11-4 home win over Beaver Dam.

The seventh-seeded Baraboo co-op will open the WIAA playoffs by visiting the second-seeded Sun Prairie co-op in Thursday’s regional final.

The teams met twice during the regular season, with Sun Prairie notching a 9-2 home win on Jan. 23 and a 7-1 road win on Dec. 19. The winner of the third matchup will take on the third-seeded Onalaska co-op or sixth-seeded Stoughton co-op in a Feb. 25 sectional semifinal.

Baraboo alum Josie Schaefer won an individual title for the University of Wisconsin on Friday.

Baraboo will be well represented at the WIAA Division 2 state boys swimming and diving meet.

Brandon Jesse, Eli Davidson and John Gunderson led the charge for the Thunderbirds.

The field is set for the 2020 WIAA prep girls basketball tournament.

The Baraboo co-op's Baylee Babcock (right) and Beaver Dam's Lexi Schmidt fight for the puck during Tuesday's game in Baraboo.

The Baraboo co-op's Kayla Capener and Beaver Dam's Dayna Jones compete for the puck during Tuesday's game in Baraboo.