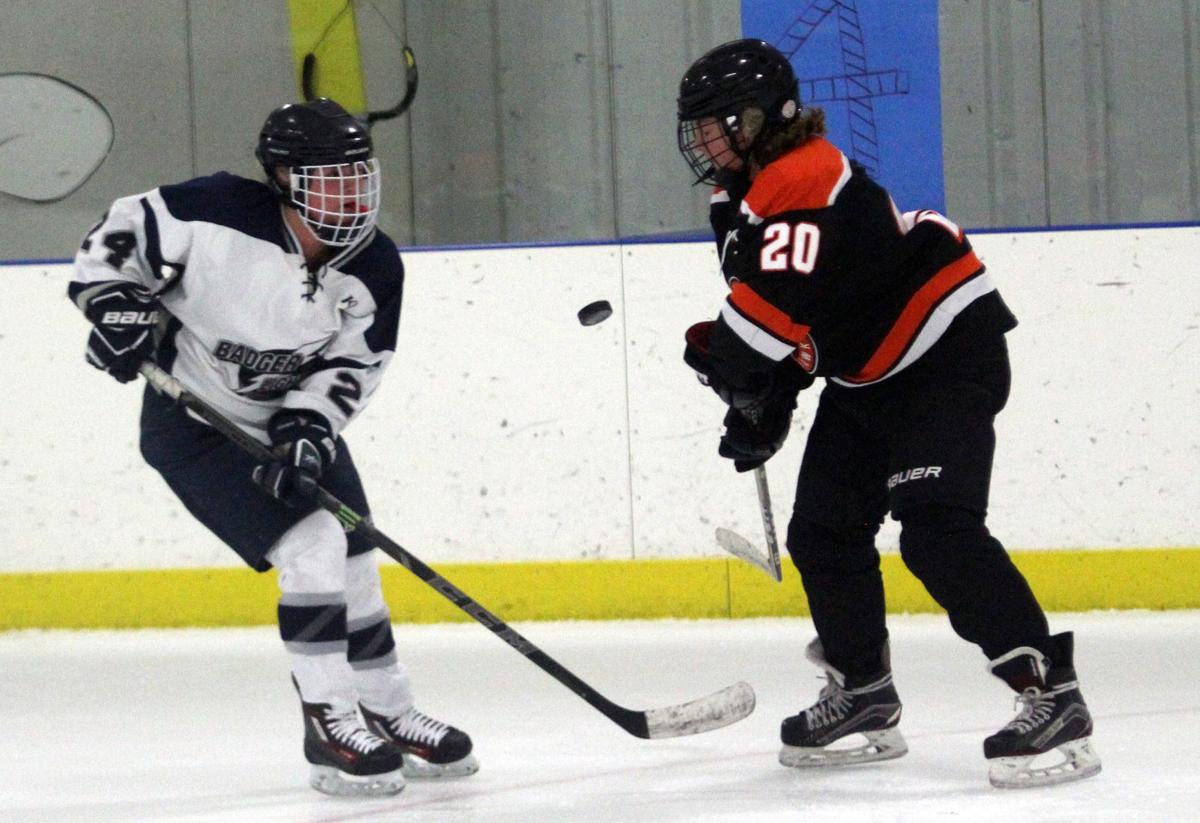 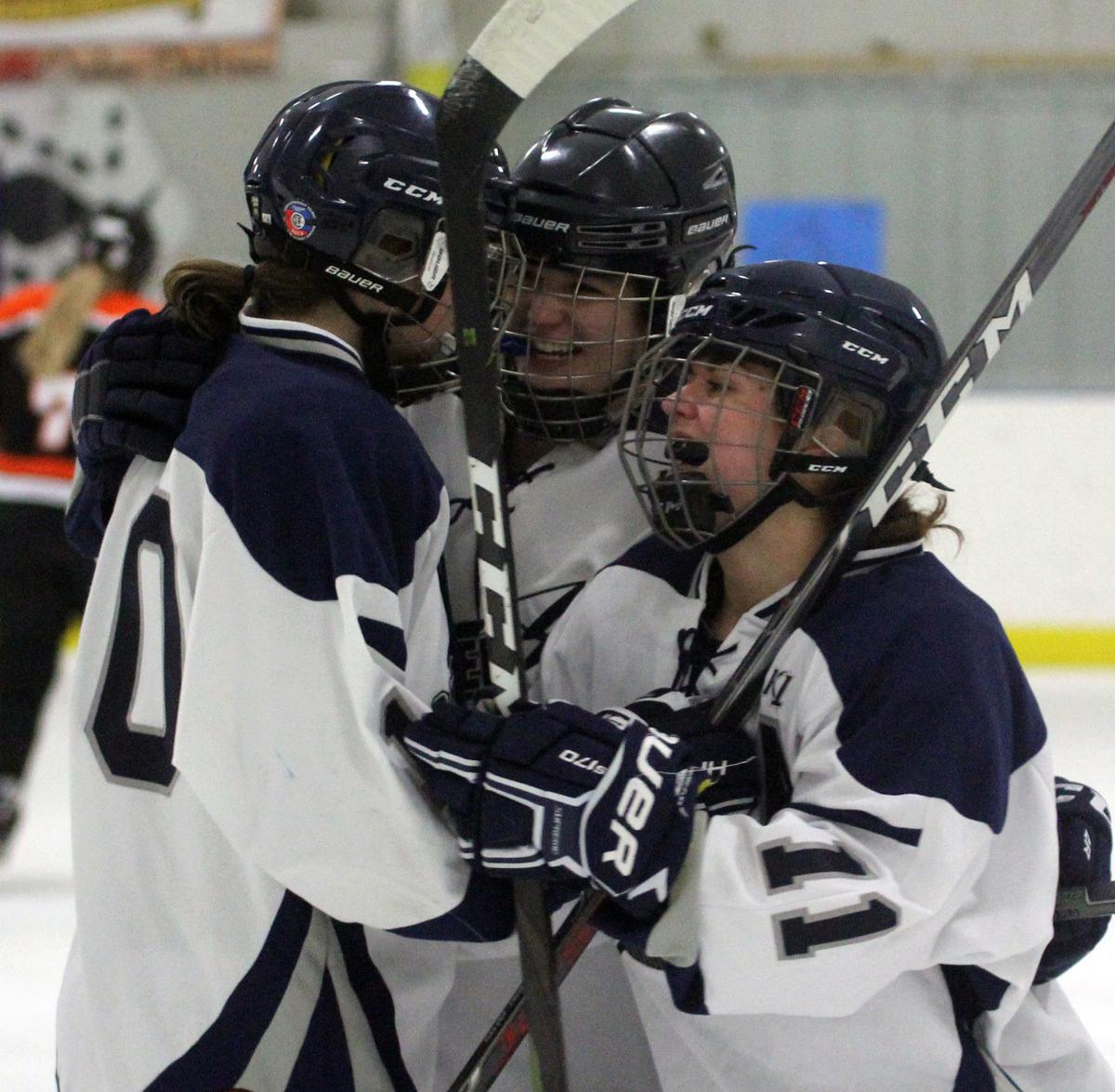 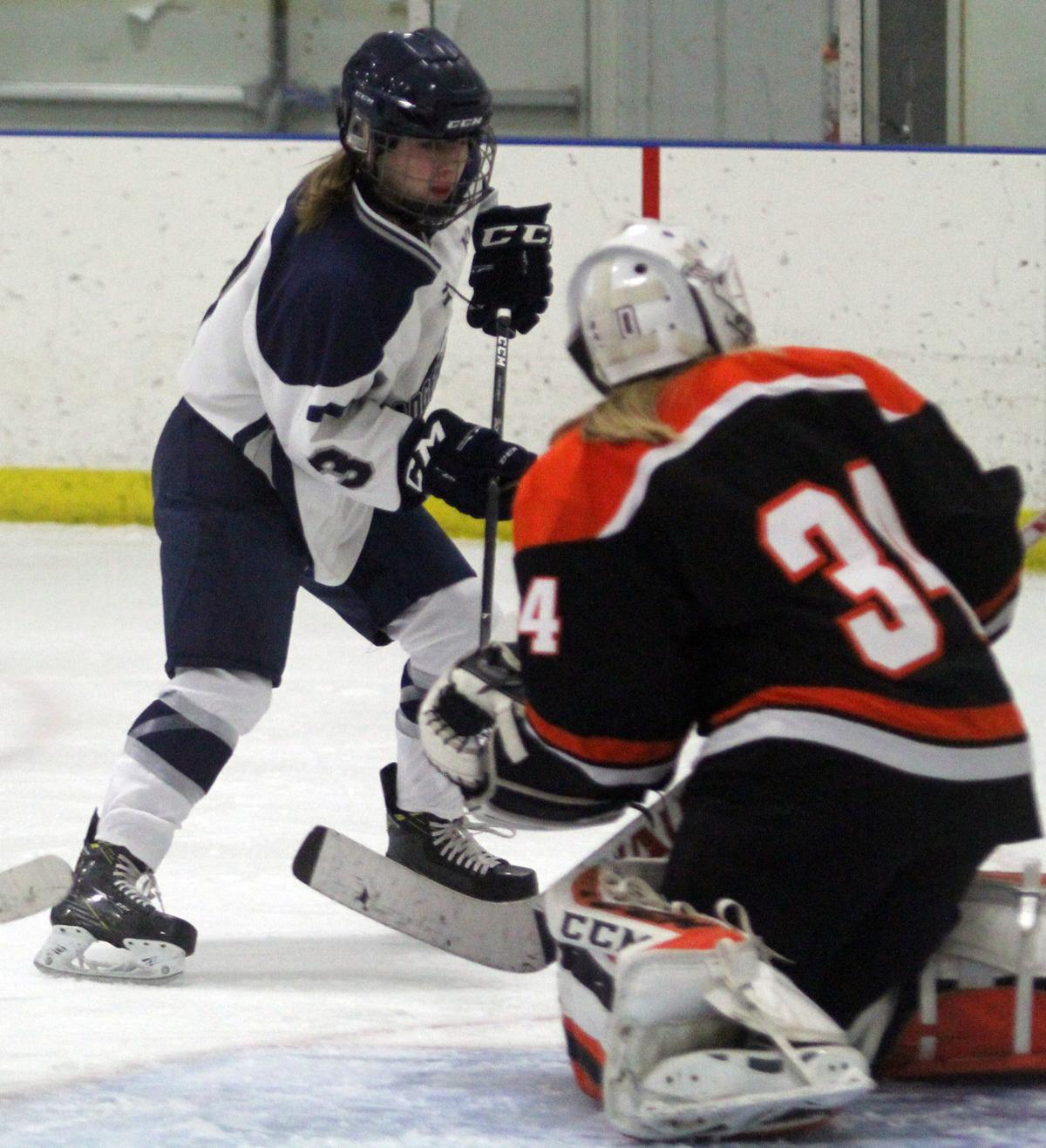 The Badger Lightning's Kaylee Engel scores a goal during the first period of a Jan. 14 home game against the Viroqua co-op. 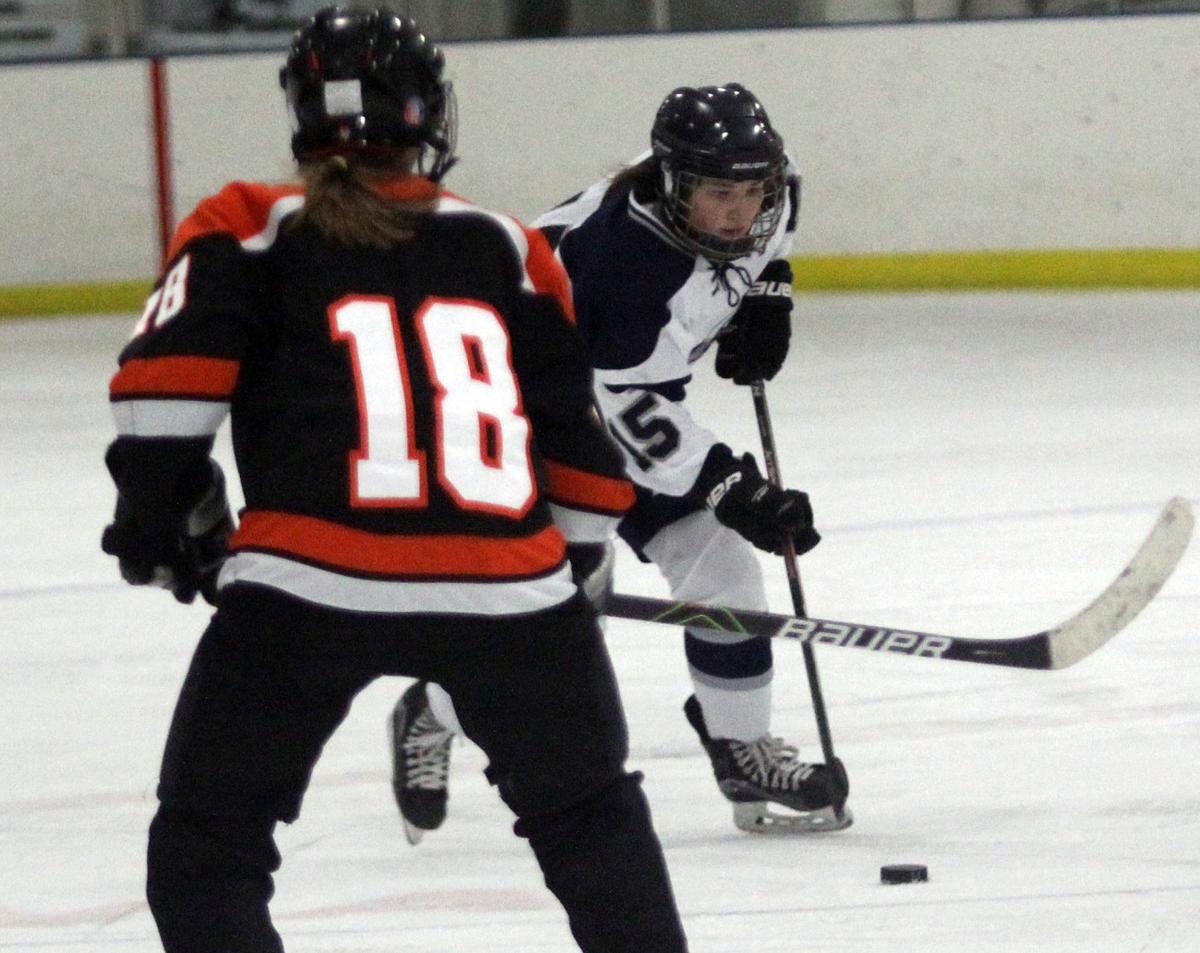 The Badger Lightning prep girls hockey team went into intermission with confidence and a 2-1 lead.

The Baraboo-based co-op came out and was blindsided by the Viroqua co-op. The Blackhawks scored two goals in the opening 30 seconds of the second period and went on to hand the Lightning a 6-3 home loss Tuesday at Poppy Waterman Ice Arena in Baraboo.

“The first period, I thought we outplayed them. We carried the 2-1 lead into the second,” Lightning head coach Rick Capener said. “Giving up two goals in 30 seconds was a mental game no one is prepared for. We got through it fairly well.”

Both teams had scoring opportunities, but it was the Lightning (2-9, 1-6 Badger Conference) that broke through first. Kaylee Engel found the back of the net, taking an assist from Jordann Meinhardt and scoring to give the Lightning a 1-0 lead 6 minutes, 17 seconds into the game.

Viroqua (3-9-2, 2-2-1) drew even with 7:38 remaining in the opening period, as Kendall Ekern and Sylvi Shonka assisted Moriah Ellefson to tie the game at 1.

Allison Knull made a nice individual play to give the Lightning the lead back. The Reedsburg senior picked up the pick near the blue line, beat a defender and fired a shot into the left netting for an unassisted goal that gave the Lightning a 2-1 advantage with 4:22 to play in the period.

Viroqua stormed out of the locker room, with Kelsey Shaner scoring in the opening seconds. The Blackhawks took their first lead of the night when Rhiannon Dehlin assisted Rachel Simonson 30 seconds into the period to give Viroqua a 3-2 advantage.

Shaner tacked on a goal with 3:47 to play in the second period, taking assists from Rachel Simonson and Erin Simonson.

The Lightning pulled within 4-3 when Kayla Capener assisted Baylee Babcock with 13:16 remaining. But Viroqua goaltender Abigail Severson didn’t give up any more, while Cadence Dehlin and Rachel Simonson added insurance goals down the stretch.

Severson made 20 saves in the win, while Lightning goalie Kaitlin Elder tallied 15 saves.

Viroqua also notched a 6-3 win over the Lightning in the season opener on Nov. 22.

The Lightning, who picked up their first Badger Conference win since 2016-17 with Thursday’s win at Beaver Dam, will host the Middleton Metro Lynx on Jan. 17 at the Reedsburg Ice Rink. The Lightning suffered a 10-0 road loss to the Metro Lynx on Dec. 3.

The Baraboo prep gymnastics team closed out its invitational season with Saturday’s sixth-place finish in Platteville.

The field is set for the 2020 WIAA prep girls basketball tournament.

Brandon Jesse, Eli Davidson and John Gunderson led the charge for the Thunderbirds.

Baraboo will be well represented at the WIAA Division 2 state boys swimming and diving meet.

The Baraboo prep girls basketball team closed out the Badger North Conference season with with a 68-26 loss at Waunakee on Thursday night.

The Badger Lightning's Kaylee Engel scores a goal during the first period of a Jan. 14 home game against the Viroqua co-op.