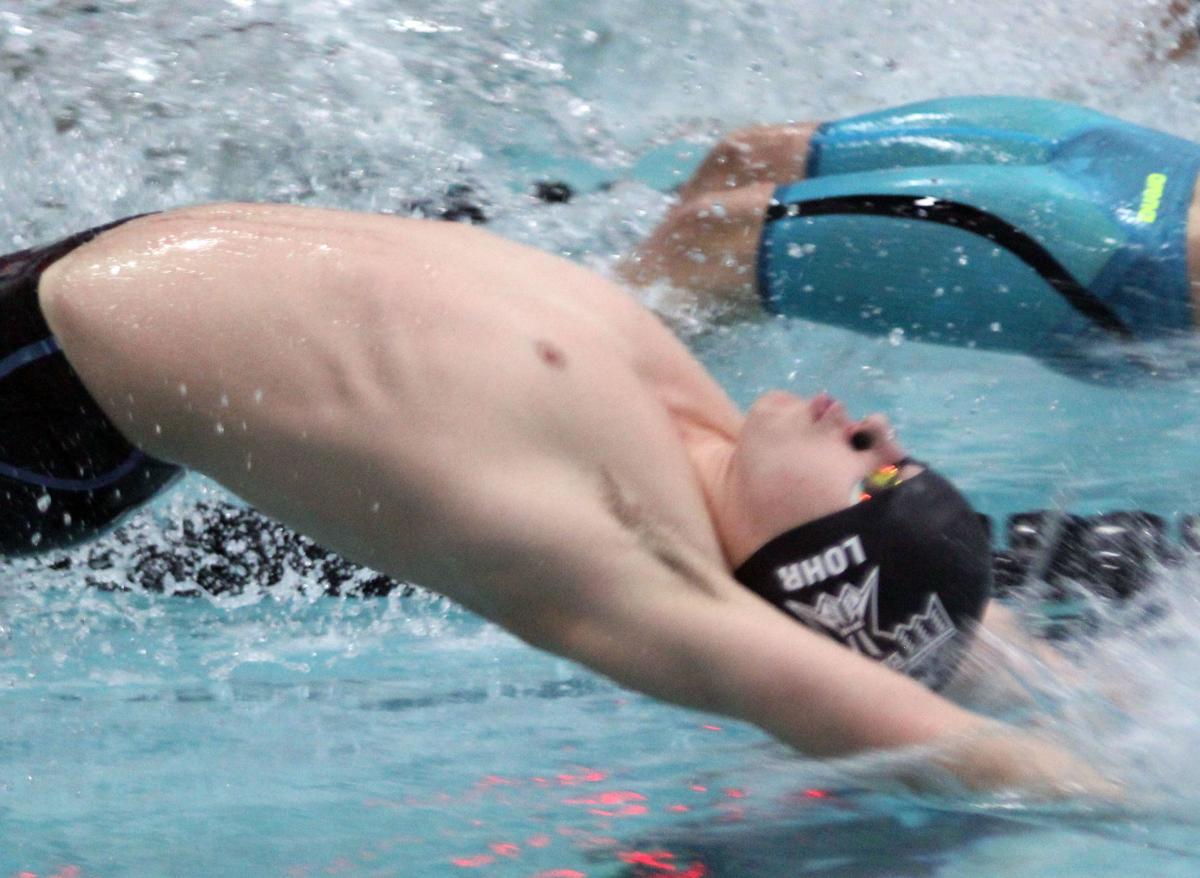 Aidan Lohr, a 2020 graduate of Baraboo High School, decided to unenroll from the University of Iowa after the men's and women's swimming and diving programs were cut. 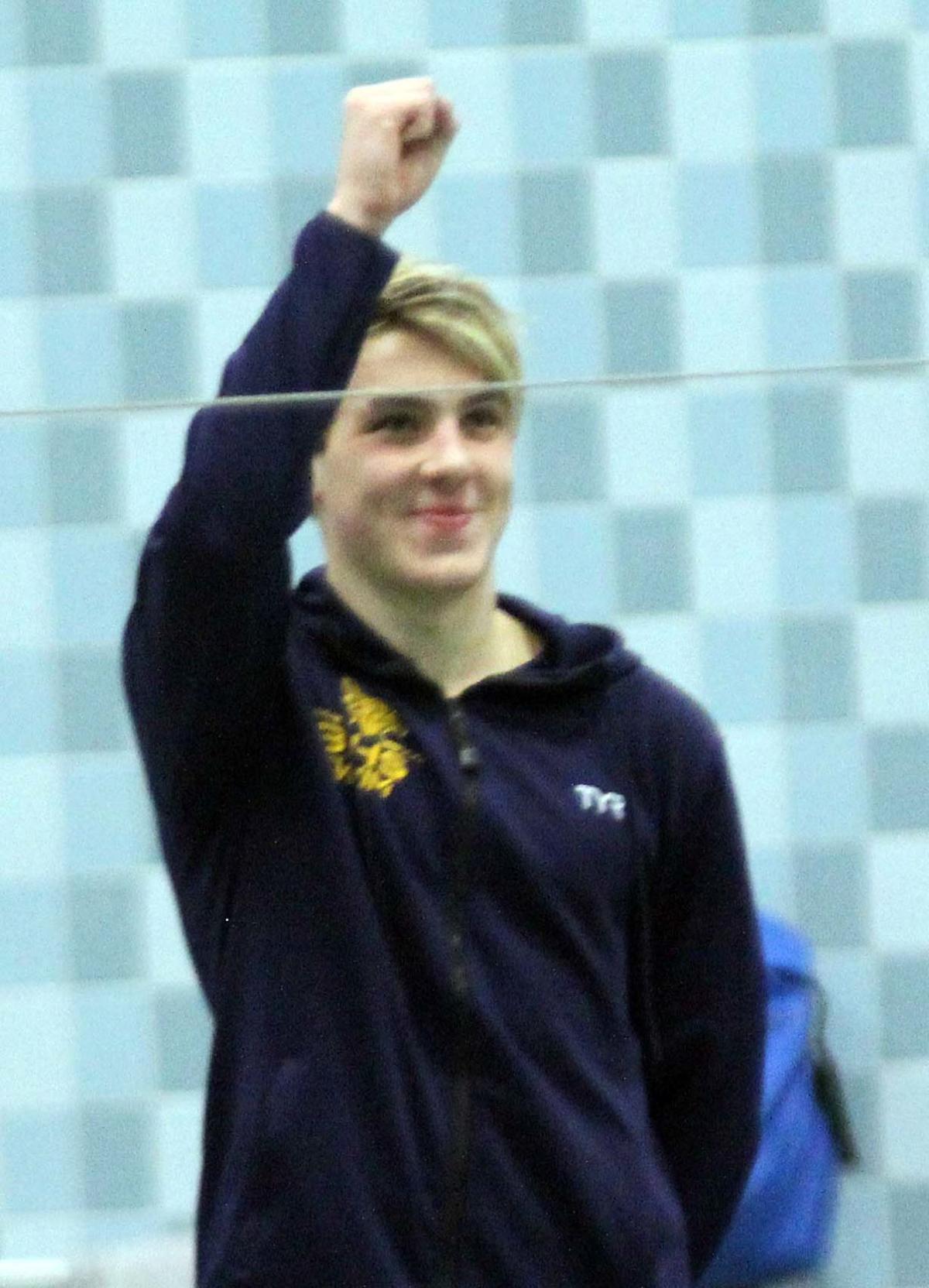 Baraboo's Aidan Lohr stands atop the podium after winning the 100-yard freestyle during the 2020 WIAA Division 2 state boys swimming and diving meet February in Madison. 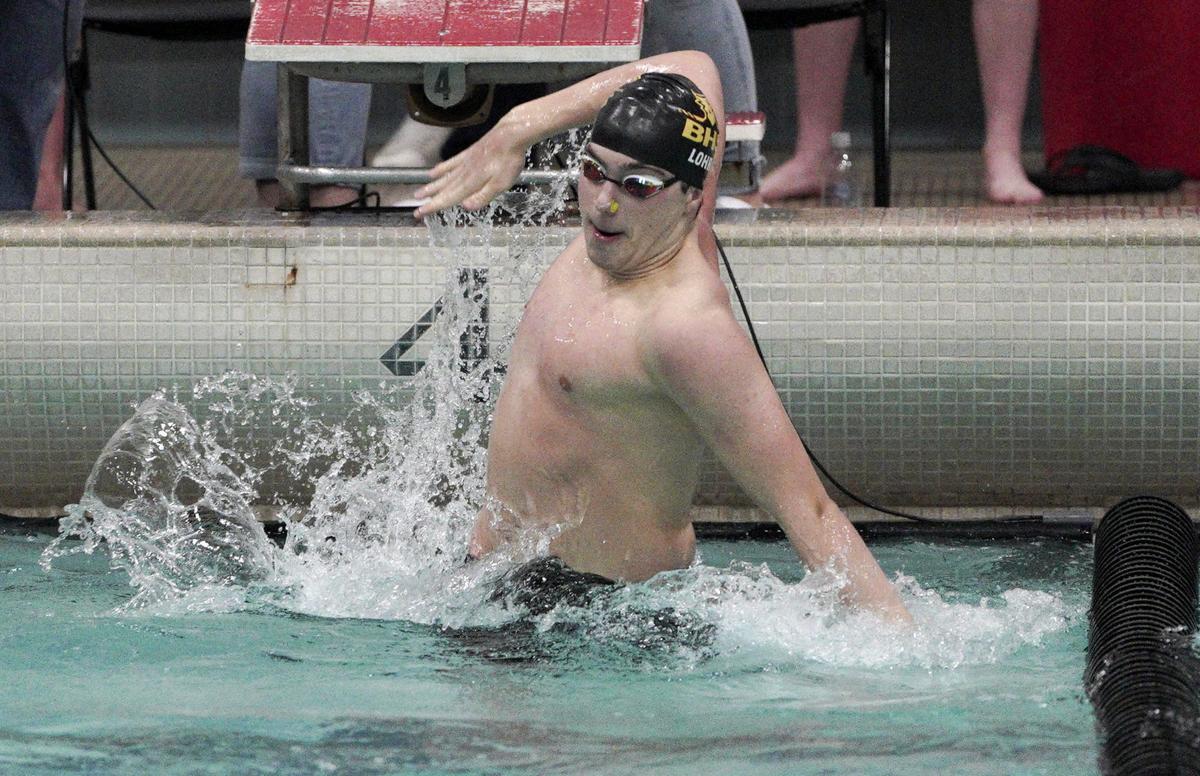 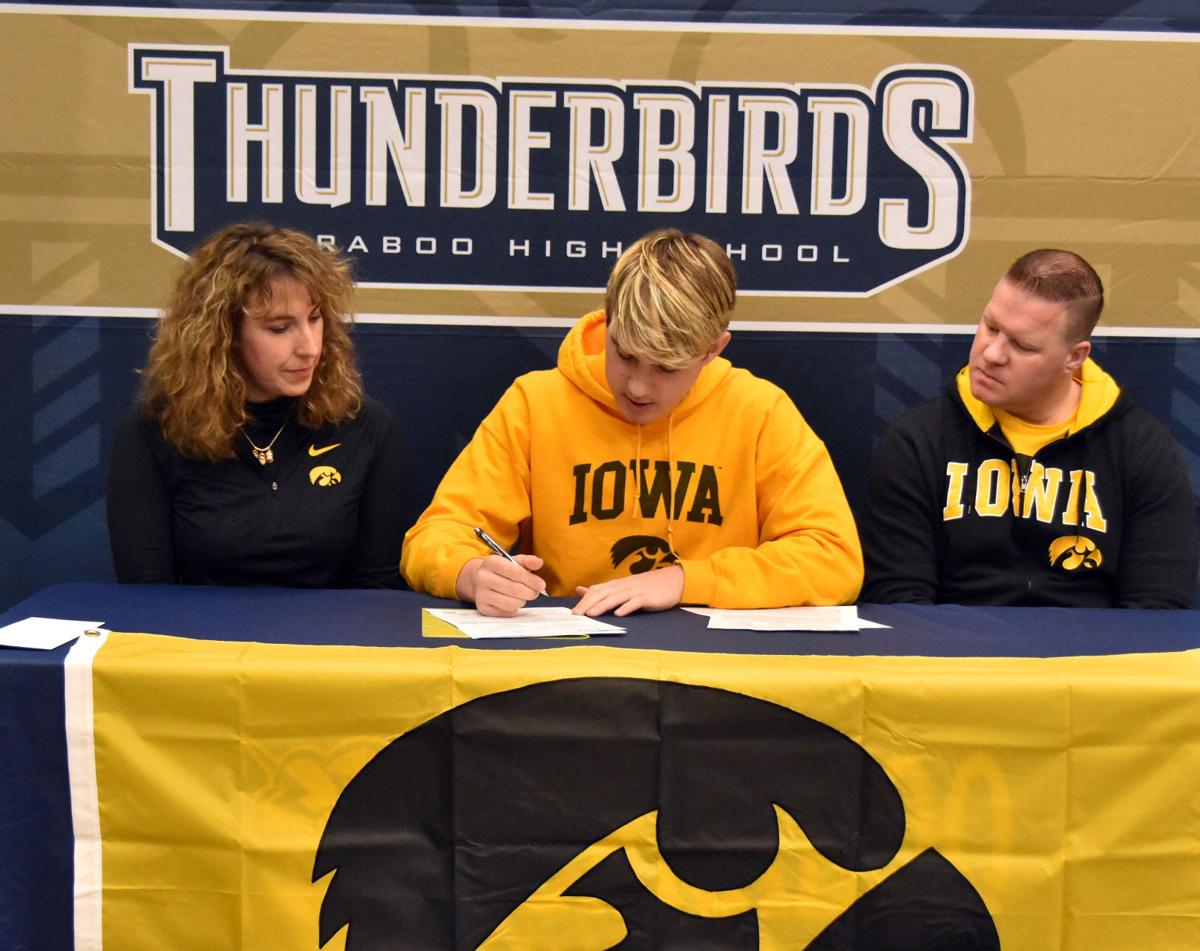 Baraboo senior Aidan Lohr signs his letter of intent to swim at the University of Iowa during a November 2019 ceremony at Baraboo High School.

Today’s athletes have grown accustomed to meetings informing them that their seasons have been canceled or postponed by concerns over COVID-19. That’s what former Baraboo High School swimmer Aidan Lohr thought he was signing up for last month.

The ramifications were much longer-lasting, as Lohr and his University of Iowa swimming and diving teammates were informed that their program was being discontinued to combat the financial difficulties of the pandemic.

“We had no idea that they were going to cut the program indefinitely. The whole swim team — men’s and women’s — was called into a random meeting in the morning that was not scheduled,” Lohr, who has unenrolled from Iowa, said this week. “I think I can speak for everyone when I say that we were all in shock. No one knew this was coming. We all thought the worst scenario was that they were going to tell us that we had canceled our swim season for this year.”

Instead, Iowa announced Aug. 21 that it was cutting men’s and women’s swimming as well as men’s gymnastics and men’s tennis after the 2020-21 school year. Iowa has been the most aggressive team in the Big Ten since the conference’s Aug. 11 announcement postponing fall sports with the hopes of playing in the spring.

Along with discontinuing the four sports, Iowa has cut funding and jobs throughout its athletic department to combat what is projected to be about $100 million of lost revenue and an overall budget deficit between $60-75 million this fiscal year. Iowa supporters have protested, but athletic director Gary Barta, who said that the university expects to save $5 million each year by cutting the four varsity programs, made it clear the teams can’t be saved.

“I don’t want to create any false hope. The decision to cut these sports is final,” Barta said in an Aug. 24 press conference. “I know there’s people who want to help. The dollars just are so large that there really is no path forward to change this decision.”

It was a tough break for Lohr, who was in the early stages of his freshman year after graduating from Baraboo High School in the spring. The Lake Delton native had signed with Iowa in November 2019, and was set to swim the backstroke and individual medley for the Hawkeyes.

He never got the full experience in Iowa City, however, as the pandemic has impacted every level of college.

“I think it was a different experience to say the least, the university handled it really well while making sure we were all safe and protected,” Lohr said of how his time on campus was. “It will be really hard for everyone to get used to the normal college life again, but I hope we can eventually as a country can go back to normal as soon as possible.”

The pandemic has changed a number of aspects of Lohr’s life. After winning WIAA Division 2 state titles in the 100-yard backstroke — with a state-record time of 48.05 seconds — and the 100-yard freestyle (:45.67) in February, Lohr’s final months of high school were moved online.

“I thought Baraboo did everything they could to get us back, but unfortunately, they could not with the events that were happening,” Lohr, who competed in 16 total state events in four years, said of how his high school career concluded. “I try not to focus on what I missed but what I enjoyed about my time in Baraboo.”

He’s moving forward again. While Iowa is planning to have one last swim season this winter, Lohr wasn’t sticking around.

“I have officially unenrolled from the University of Iowa and will not be returning in the foreseeable future,” Lohr said. “I think after they had cut the program indefinitely, there was no reason for me to stay while having these big goals for the upcoming year.

“I plan on moving to Virginia for the year to work with an elite level training program. I feel this will set me up for the most amount of success in my future.”

Those plans include finding a new school where he can restart his freshman season in the fall of 2021.

“I’ve always wanted to be a college swimmer, ever since probably I was in 8th grade and I started taking swimming really seriously,” Lohr said when he signed his National Letter of Intent last fall. “Over the years, as I got progressively faster, my goals and how I approached it changed a little bit. It’s been pretty exciting to see how fast I’ve been getting with my teammates in the high school season, weight lifting and training with everything... It’s really been a dream come true.”

While he chose not to stay around, Lohr doesn’t have any negative feelings toward those within the Iowa swim program, including head coach Marc Long and his former teammates. The decision to cut swimming was made above their level.

“I think that all the coaching staff and staff that helps put together the program have done their best with what they can control and what they can’t,” said Lohr, who originally chose Iowa because it felt like home. “I think that it was a terrible thing to do to the athletes and the coaches. They unfortunately don’t have a say in this situation, so it really is quite heartbreaking.”

Fave 5: Brock Fritz shares his most memorable stories of 2020

YEAR IN REVIEW: Part two of the top 10 Sauk County sports stories of 2020

Editor’s note: This is the second in a series of three articles in which the News Republic unveils its top 10 sports stories of 2020, as selec…

Aidan Lohr, a 2020 graduate of Baraboo High School, decided to unenroll from the University of Iowa after the men's and women's swimming and diving programs were cut.

Baraboo's Aidan Lohr stands atop the podium after winning the 100-yard freestyle during the 2020 WIAA Division 2 state boys swimming and diving meet February in Madison.

Baraboo senior Aidan Lohr signs his letter of intent to swim at the University of Iowa during a November 2019 ceremony at Baraboo High School. 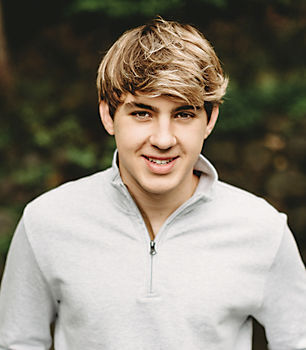