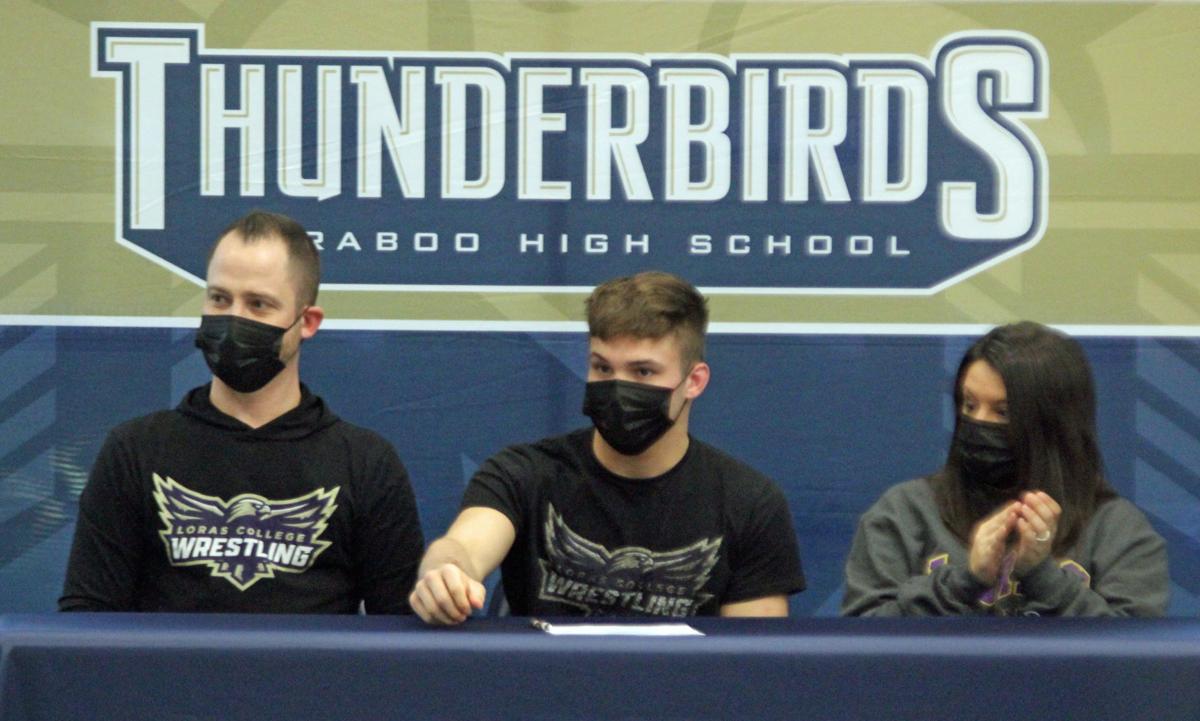 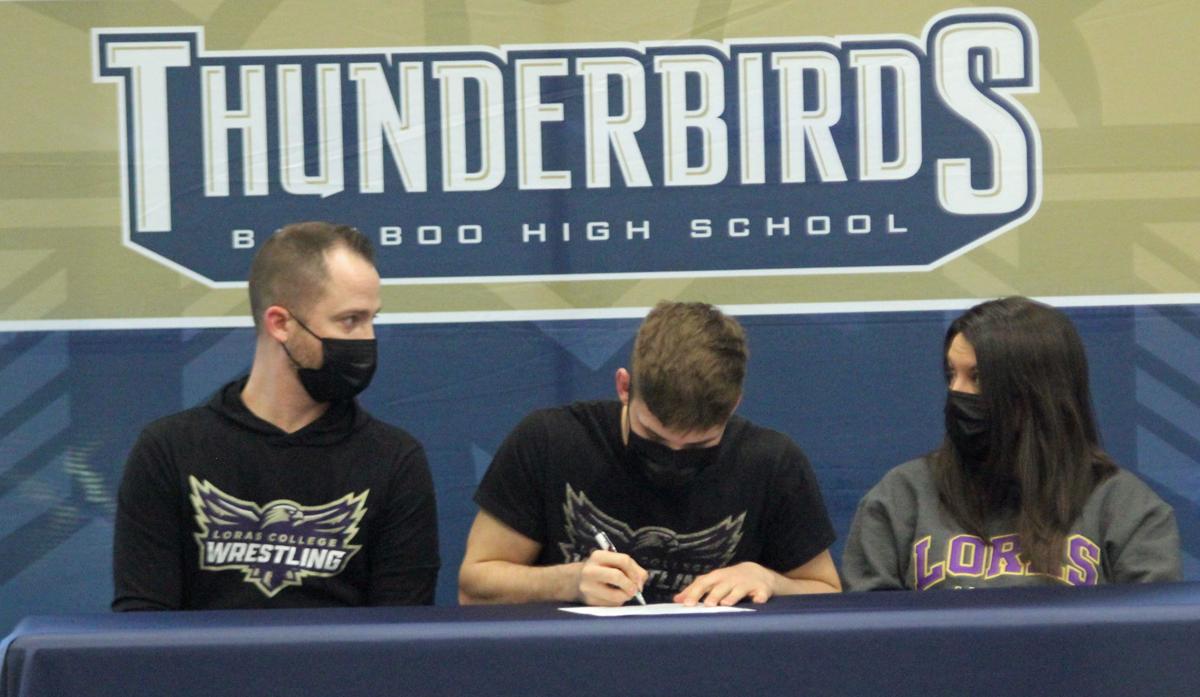 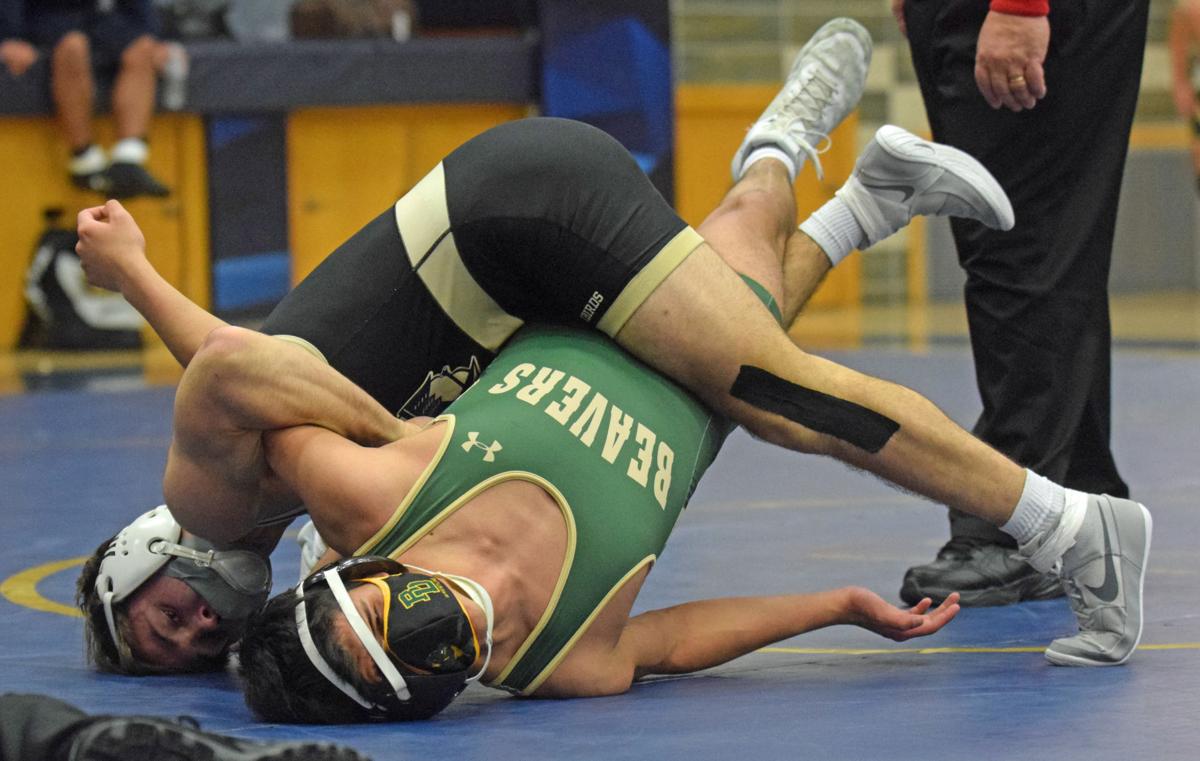 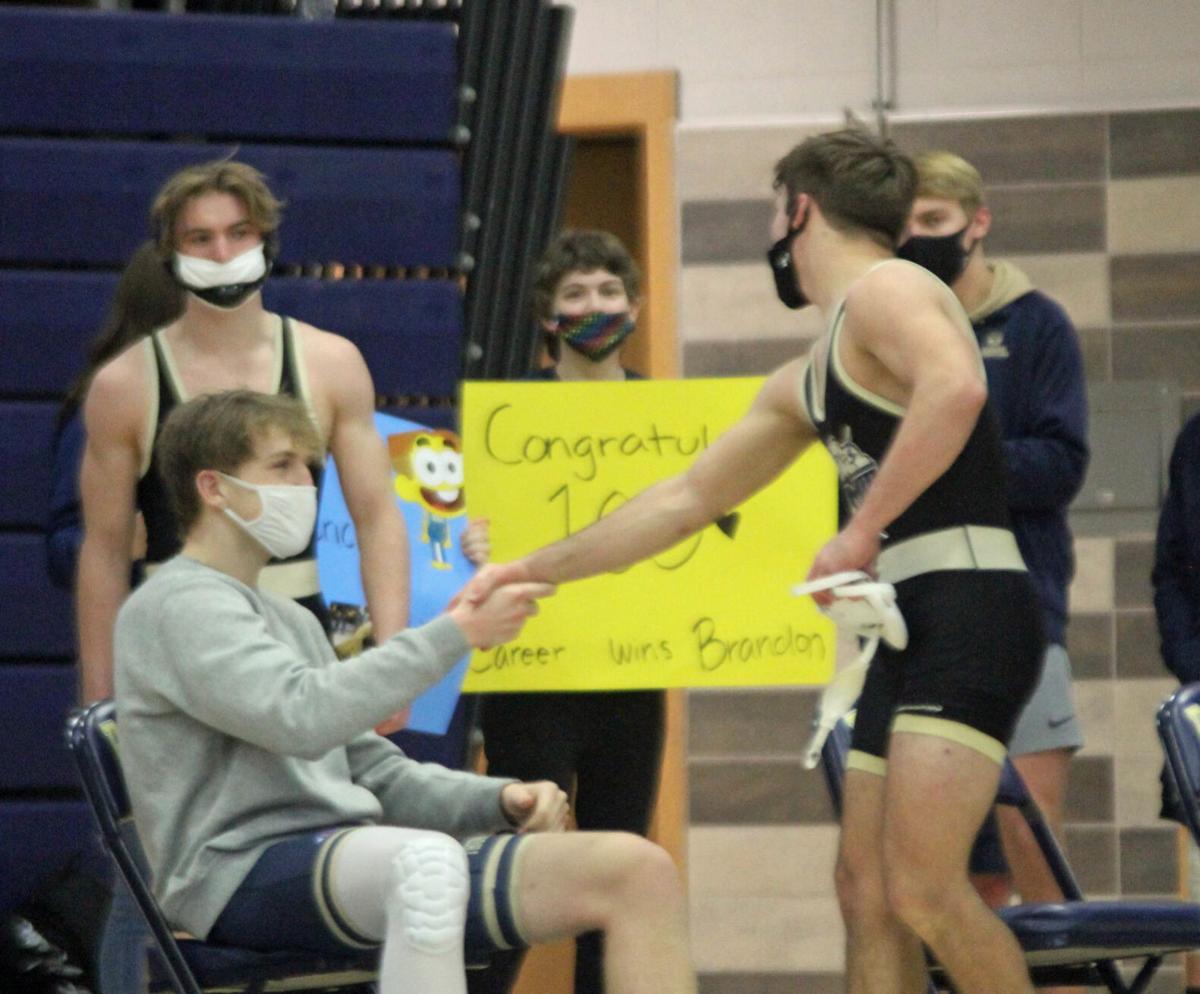 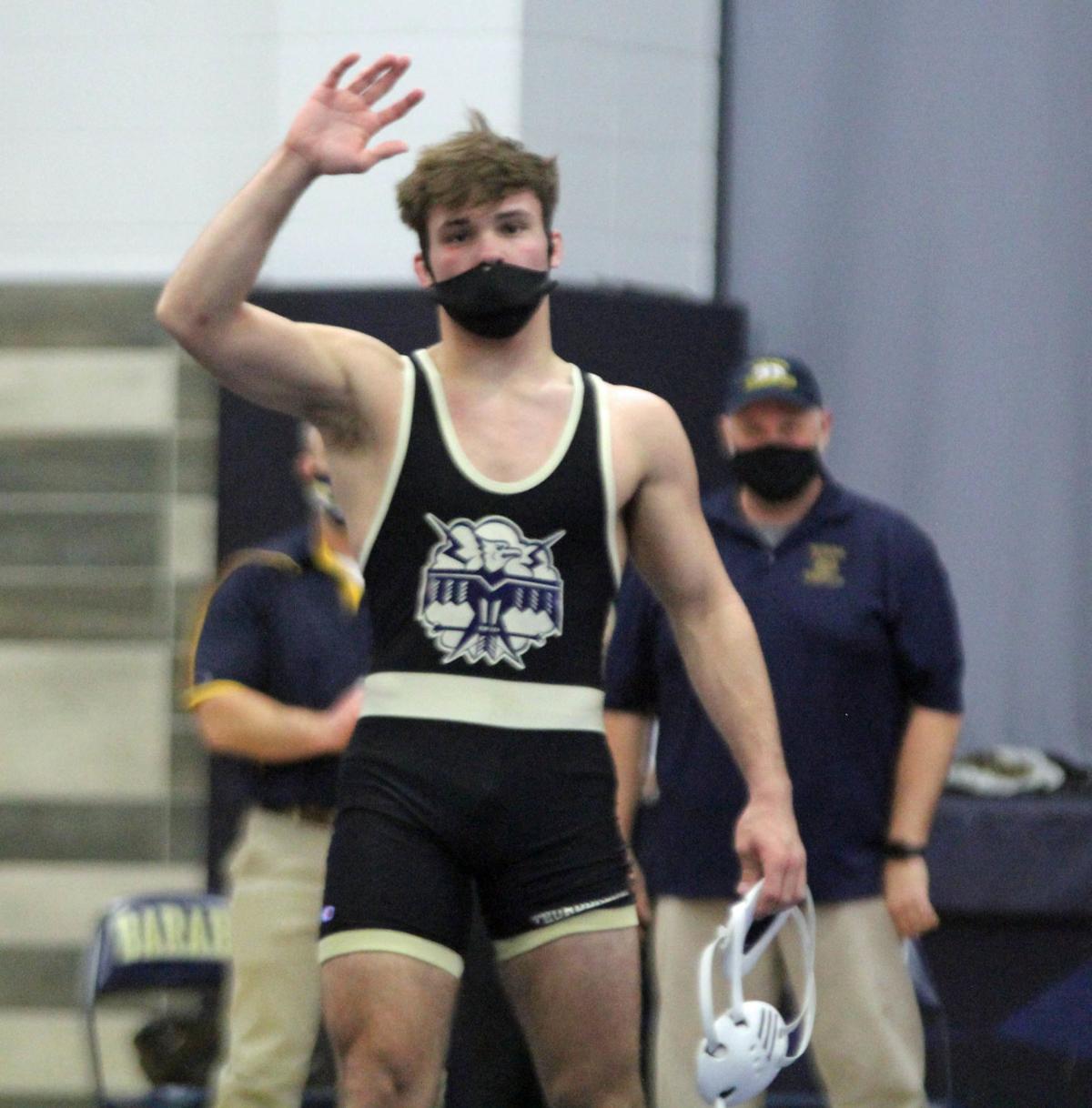 After rising through the ranks of Baraboo’s youth and high school wrestling programs, the senior solidified his next step by signing with Loras College in Dubuque, Iowa, during a ceremony Thursday at Baraboo High School.

“Loras is, if not the best, one of the best Division III schools in the country,” Baraboo head coach Joe Bavlnka said. “They just got better today by getting Brandon in the room. ... This is actually my first signing involving one of my athletes. And I’ve been coaching for 18 years, so that in itself says how wrestling in college is a really difficult thing to do.”

A notoriously hard worker, Jesse earned his way into college through years of work with Bavlnka and the rest of the Baraboo wrestling community.

“I want to thank my support system, the Baraboo Wrestling Club and my coaches over the years,” said Jesse, a two-time WIAA state qualifier who wrestled at 145 pounds this winter. “And I’d like to thank God for giving me this opportunity to pursue not only a higher education, but my wrestling career as well.

“And I’m very thankful for the friendships I’ve made through wrestling.”

Jesse forged those friendships since joining Baraboo’s youth program as a second-grader.

“When he entered the room, you could just see, even as an 8-year-old ... there was a certain athleticism,” said Dan Gunderson, an assistant coach with Baraboo’s high school program who also coached Jesse throughout his youth days. “He was strong, he was lean, he looked like he was made for wrestling.

“I knew from the very beginning that Brandon could be good. I just didn’t know he could be that good.”

Jesse, who finished fifth in the state at 138 pounds as a junior, reached that level through years in the Baraboo wrestling room — or by dragging mats to the gym, cafeteria, football field or Gunderson front yard. On those mats, Jesse honed his craft alongside Dan Gunderson, classmate John Gunderson and a number of other Thunderbirds.

Jesse also grew through some frustration. His first few trips to youth regional tournaments ended with third-place finishes — one spot shy of qualifying for state. But he worked through it, continually taking steps forward until he broke through.

“I like to say they move into the passing lane,” Gunderson said of watching wrestlers like Jesse improve drastically. “He just started working hard, and he was moving fast and passing kids. Brandon was just at a difference pace. Eighth grade was the year he decided he wasn’t just going to make state, he was going to win state. There was a certain determination to not just be really good; he wanted to be the best. That doesn’t mean you always win everything, but that year it did.”

After climbing the highest rung of the youth level, Jesse turned to high school, winning his first match during a dual-meet win over DeForest on Dec. 1, 2017. The wins kept coming and he finished his high school career with more than 100 wins, three regional titles, two sectional titles and a 5-4 record in two state appearances. He went 11-2 as a senior, wrapping up the season with a fifth-place finish at the Division 1 sectional meet in Mukwonago on Feb. 6.

“Brandon became the type of kid that’s ultra-determined to get better,” Gunderson said of how Jesse’s grown over the years. “There are a lot of ups and downs in wrestling. You have moments you achieve more than you thought and other times you don’t reach your goals, but Brandon became a mentally tougher kid, a physically tougher kid and an incredible leader.”

Now, Jesse will look to go through a similar progression at the collegiate level.

“I want to know where they’re at after four years,” Bavlnka said of how signing with a college is just the first step. “I think Brandon’s set himself up really well at the collegiate level.”

A former Division III wrestler himself, Bavlnka shared lessons he learned through six years as an athlete and graduate assistant at Stevens Point.

“Very few people actually do what Brandon is about to attempt,” Bavlnka said. “One thing I learned really early is that there’s an intrinsic piece in your head that you want to be a champion.

The Loras wrestling room will be relatively familiar to Jesse, who will join a group of local wrestlers in Dubuque. Reedsburg’s Mason McMillen, Sauk Prairie’s Zeke Smith, and River Valley’s Zach Licht and Shane Liegel are already on the Duhawks’ roster, while Sauk Prairie’s Eddie Smith is an assistant coach. Under head coach TJ Miller, the Duhawks were ranked first and looking for the first national title in program history when they were pulled off the mat at the Division III championships last March due to the COVID-19 pandemic.

Whether or not the Duhawks reach that level during Jesse’s career, the coaches that watched him grow up believe he’ll fit well at Loras.

Area individuals will be all over the mat at next weekend’s WIAA Division 1 wrestling sectional in Mukwonago.

Brandon Jesse and John Gunderson have been side by side for years.

John Gunderson felt like he was flying under the radar.