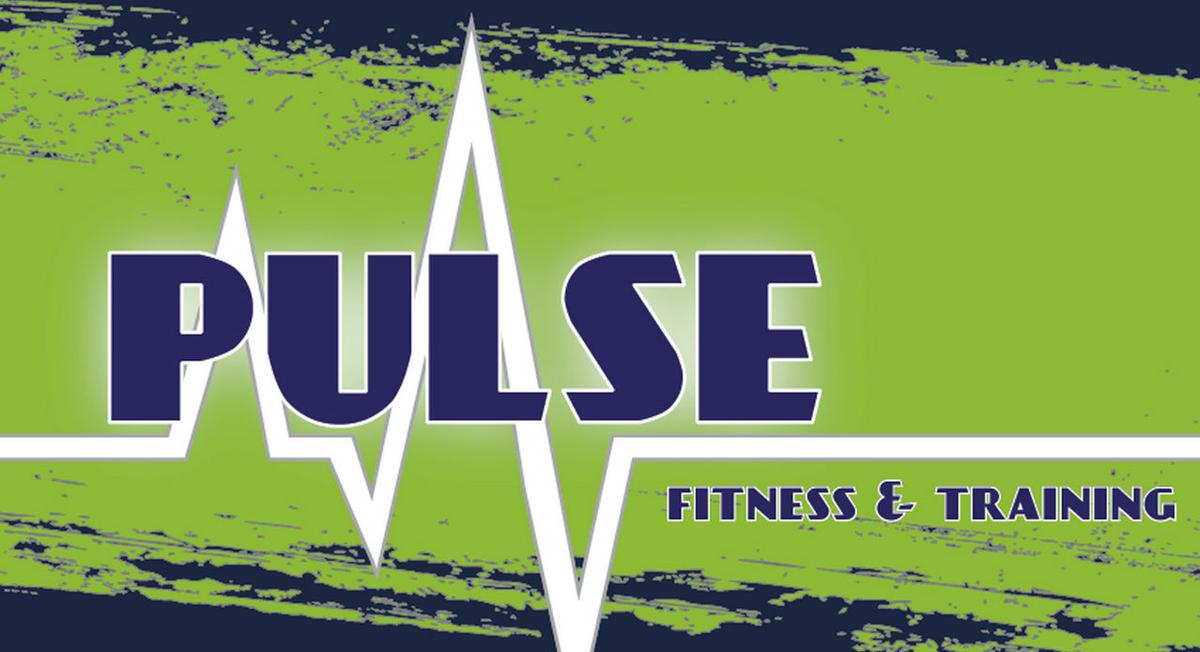 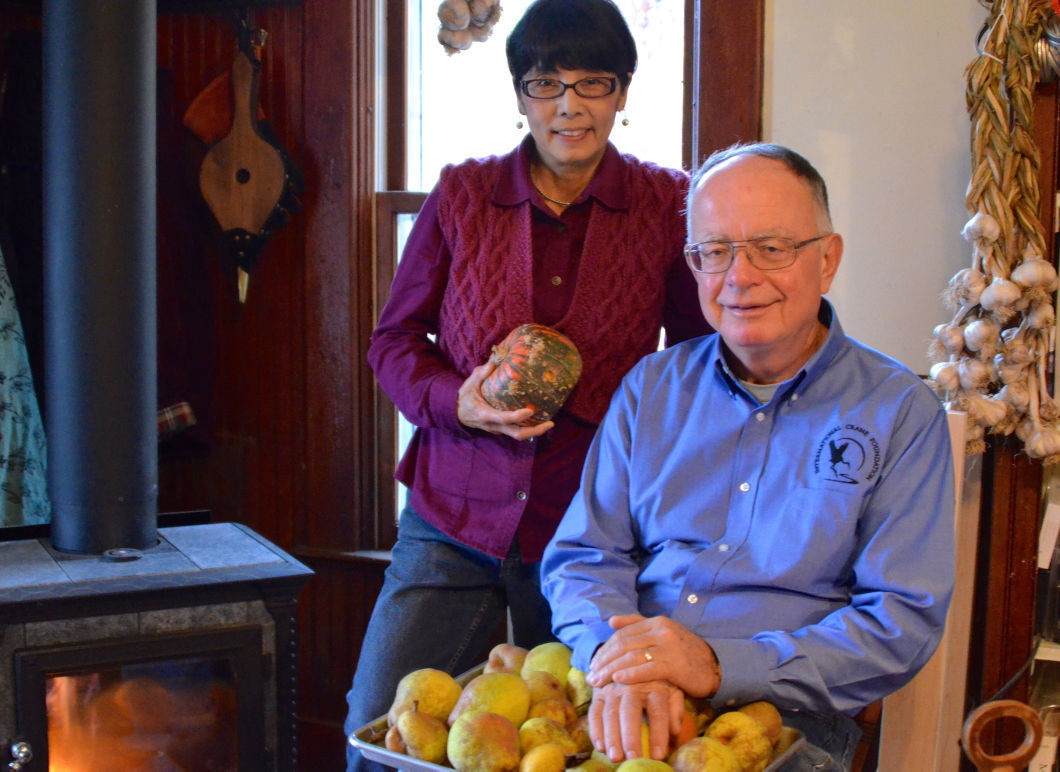 George and Kyoko Archibald say their favorite place in the world is their home in Baraboo and the surrounding Sauk County area. They enjoy growing and cooking foods grown at their rural country farmhouse. 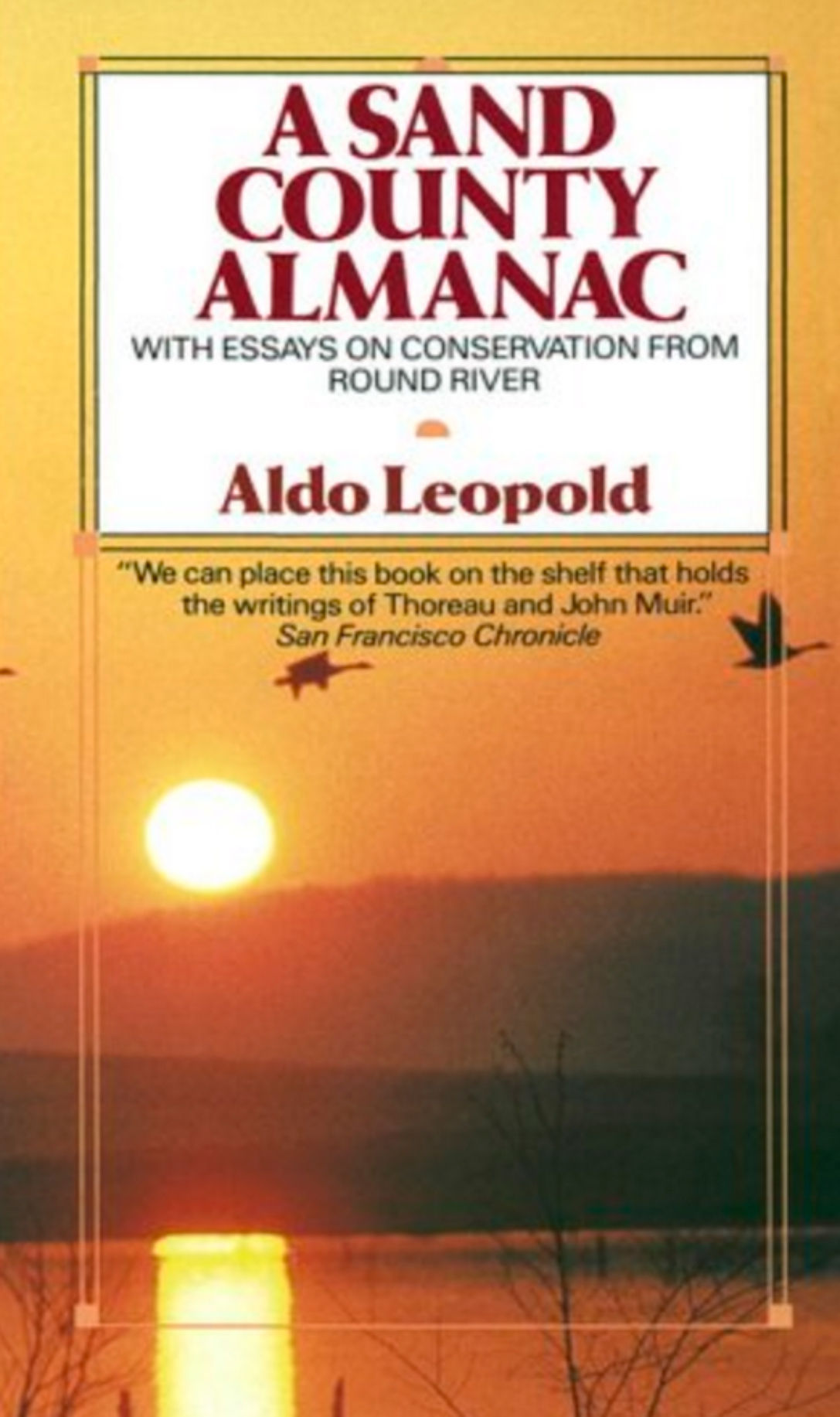 Rebecca Powell Hill ChefMD and Me

Walking on a ridge on the Leopold Pine Island Important Bird Area, an area that covers 16,000 acres straddling the Wisconsin River is a place that is quite special. This gorgeous ridge, wild in character with few human habitations, is a mosaic of marsh, grassland, barrens, floodplain and upland hardwood forest, along with agricultural lands. After traveling to so many countries he cannot even keep count, George Archibald says it is the most beautiful place he has seen in the world.

“In that place, a quite extraordinary place, you can see, at certain times of the year, 36 different species of birds at one time,” Archibald said. “It is absolutely stunning. It is easy to see why Aldo Leopold was influential in the development of modern environmental ethics.”

Archibald is quite qualified to make statements about Leopold, a University of Wisconsin-Madison professor who wrote “A Sand County Almanac,” which has sold more than 2 million copies. Leopold and Archibald are icons in the ethics of nature and wildlife preservation both having had a profound impact on the environmental movement. Leopold is known for his eco-centric or holistic ethics regarding land. He emphasized biodiversity and ecology and was a founder of the science of wildlife management.

Archibald is an award-winning conservation hero and co-founder of the International Crane Foundation. He revolutionized the preservation of rare crane species and their wetland habitats worldwide. He not only discovered white-naped cranes on their wintering grounds but he also led a successful campaign to save the Han River estuary, a critical wintering and migratory area located in the Demilitarized Zone between the two Koreas.

In fact, his efforts have led to the conservation of more than 5 million hectares (one hectare is equal to 10,000-square meters) of wetlands in Asia, mostly in China and Russia. Archibald also helped to implement conservation education programs among local people in remote regions of Africa, Australia and Eurasia. During his career, he has studied the ecology of eight species of cranes in Australia, Bhutan, China, Iran, India, Japan, Korea, Russia and the United States, and has organized more than 900 researchers working with cranes in more than 60 nations.

Archibald is known globally as the world’s leading scientific authority on cranes. He has received numerous awards and honors worldwide including receiving four honorary doctorates and many awards including the Gold Medal from the World Wildlife Fund, a Fellows Award from the MacArthur Foundation, The Wildlife Conservation Medal from the Zoological Society of San Diego, the Lilly Medal presented by the Indianapolis Zoo, and the Douglas H. Pimlott Award from Nature Canada. In 2013, he was awarded the Order of Canada on behalf of Queen Elizabeth II, and received the inaugural Dan W. Lufkin Prize for Environmental Leadership from the National Audubon Society.

However, not only is his favorite place in Sauk County, his favorite place to eat is also in Sauk County — right in his own kitchen in the home that he and his wife Kyoko share. “My wife is absolutely a fabulous cook. We tend to our gardens and eat as much off the land as possible.” They live in the Baraboo countryside where they enjoy gardening and aviculture and great meals in their farmhouse kitchen warmed by a wood-burning stove.

“Even though I am Canadian, I consider Baraboo, and Sauk County my home, as does my wife Kyoko.” When Kyoko came to study cranes from Japan in the late 70s, she also fell in love with Baraboo, and with George. The couple was married in 1981. They have both traveled the world extensively but George says, “There is no better place then right here in Baraboo and Sauk County. We believe it is the best place on earth. It is a hot bed of brilliant people and extraordinary environmental environs. And, my wife is the world’s best cook.”

This is the first part of a three-part special series on the Archibalds.

At this point, some of the kimchee may be used as a fresh condiment to serve right away before fermenting the rest.

If you can find it, adding powdered shrimp (a couple tablespoons) can make this dish more authentic. Small packets can be found at local oriental food markets or special ordered at grocery stores such as Pierce’s or Viking. You can also use one-tablespoon fresh ginger and if you can’t find powdered shrimp, just add a tablespoon of fish sauce as a substitute.

Rebecca Powell Hill is a New York Times best-selling author, co-creator of ChefMD and a marketing consultant. She lives in Baraboo.

Skip sitting in your chair with your favorite cup of Joe and get out and take a walk. If you are looking for a boost in your brainpower, look no further than the sneakers or hiking boots you put on to take to the trails at Devil’s Lake. Research shows that spending time outdoors increases attention spans and creative problem-solving skills by as much as 50 percent. So, if you’re trying to work out a problem at home or work, get hiking. There are so many beautiful places in Sauk County; there just isn’t an excuse for not getting out. Researchers at Stanford found that walking outside gets the creative juices going much more than sitting and pondering over that morning coffee. Get up and go.

Kimchee originated in Korea in the 7th century. It is pickled or brined cabbage traditionally prepared in a crock and buried in the ground to ferment.

Kimchee can be served fresh, or packed into clean glass jars with tight fitting lids. Store the jars in a cool dark place for two or three days, and refrigerate.

If you live in Sauk County, this book is a must read. First published in 1949, it is defined as the foundational book of modern environmental movement, and meeting with millions of readers worldwide. It may be hailed in history as the most significant conservation and earth restoration book of the 21st century.

People at risk of heart disease advised to get flu shot

People at risk of heart disease advised to get flu shot

Ivermectin has been lifesaving for people with parasitic infections like river blindness and strongyloidiasis. But taking it for COVID-19 may result in the opposite effect. Here's a brief history.

5 things to know about Sweetest Day

Do you celebrate Sweetest Day? Here are a few things you should know about the mid-October holiday that started out as "Candy Day."

The Rome-based design team has just unveiled renderings of a brand new 69-meter yacht design with a "gaping hole" right in the middle.

Do you think you have a good handle on identifying trees by merely looking at their leaves? See if you can identify these 10 common trees.

Coffee talk: Get to know the beans and the brews

Guide to fall color: See colors before they fade away

When is the best time to soak in the colors of fall? Get the answer here.

This world-famous restaurant ditched meat, but it's still charging $335 a person. Will people pay?

The early reviews of the new EMP have largely not been positive. Some have even been downright scathing.

Test your Halloween movie knowledge: From the 1940s through the 2010s, take a journey back in time and match each set of movies from the same decade.

Give beets a chance with these easy, tasty recipes

Even for vegetable lovers, beets can be a hard sell. Beets are one of those love-'em-or-hate-'em vegetables, with strong opinions on both sides. As beets come into their peak season from late summer through late fall, the debate rages on.

Earth Talk: It's time to talk about toilet paper

For consumers, factors like price, size and comfort always come to mind first while consuming this household product, yet why do we fail to prioritize the environmental impact of toilet paper?

George and Kyoko Archibald say their favorite place in the world is their home in Baraboo and the surrounding Sauk County area. They enjoy growing and cooking foods grown at their rural country farmhouse. 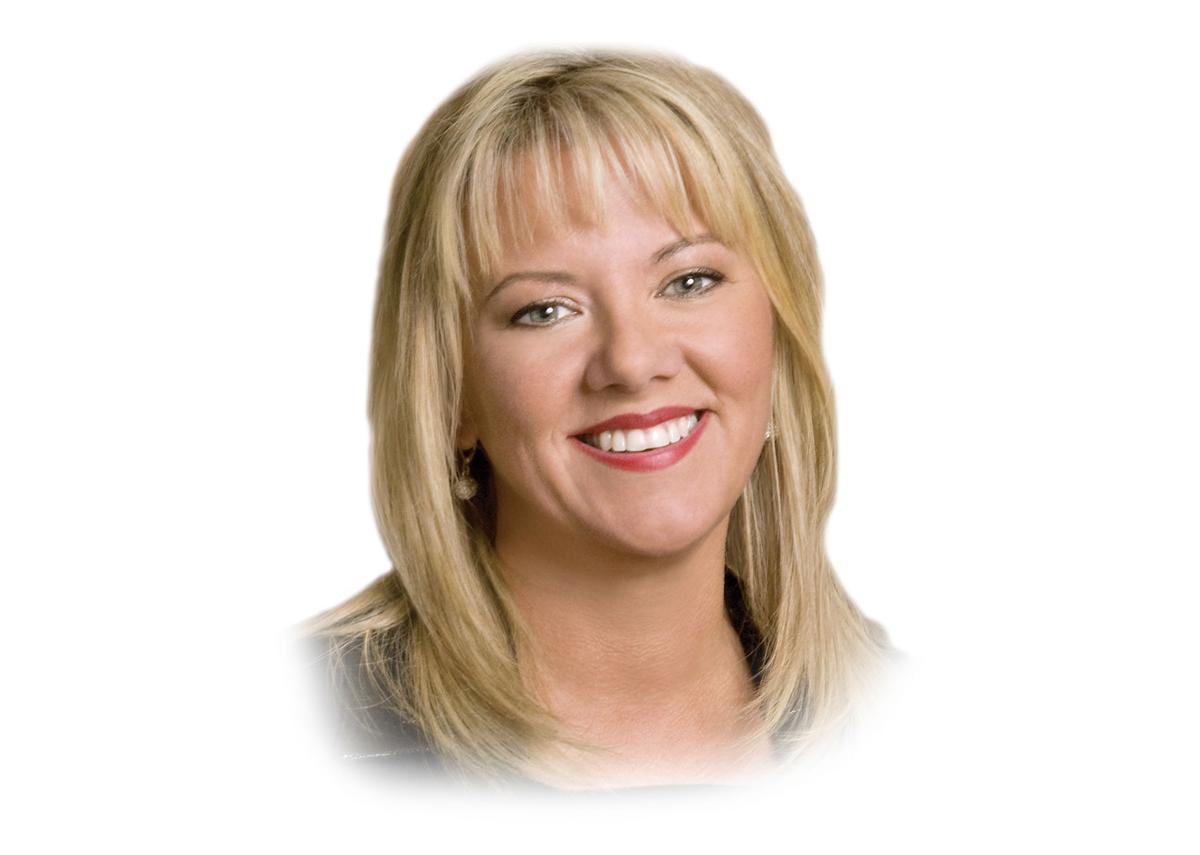 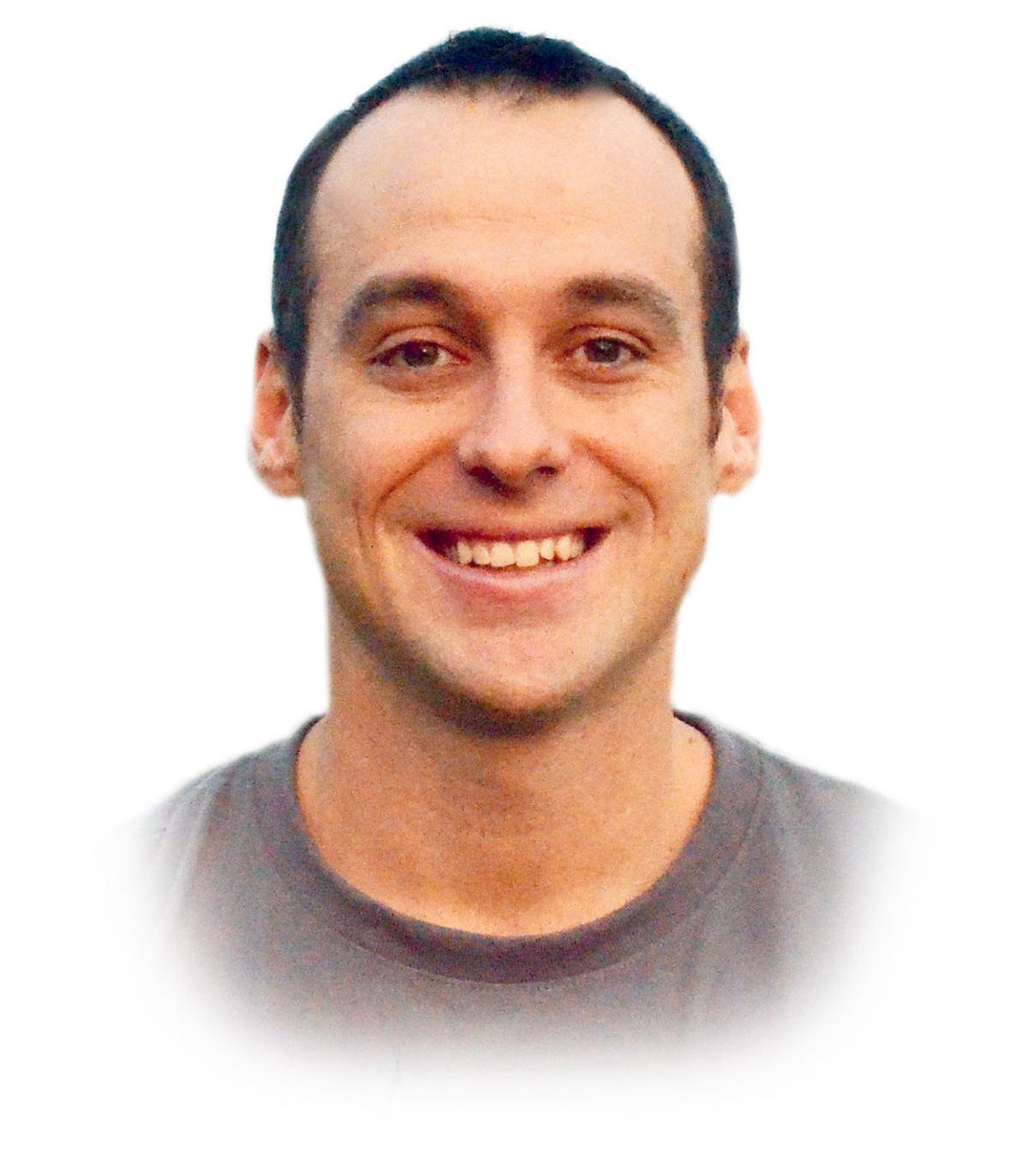