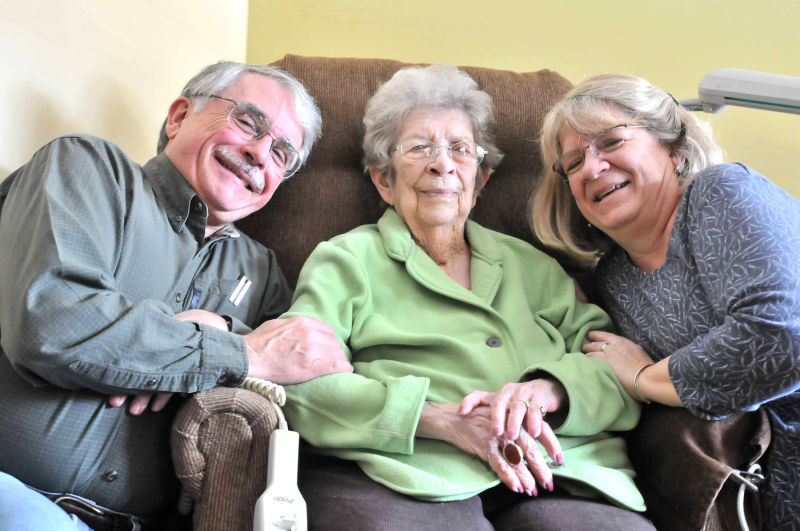 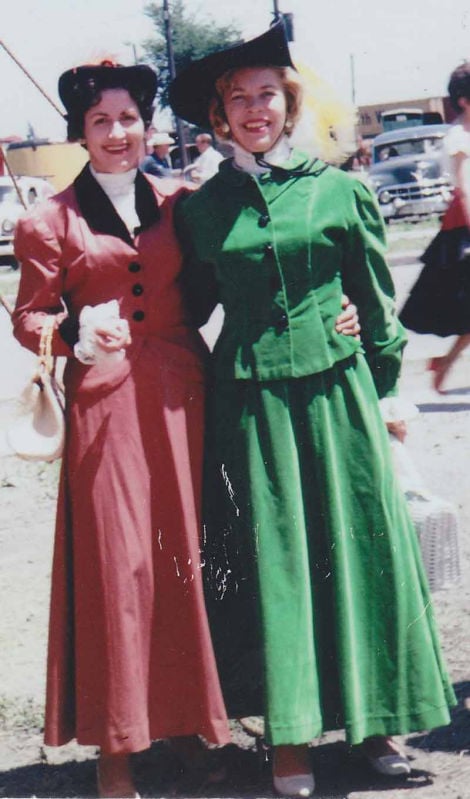 Irene McElhatton, right, and an unidentified woman pose before the first circus parade in downtown Milwaukee in 1963.

What Irene McElhatton remembers most is high heat and tall buildings.

It was Independence Day weekend 1963, and somehow this waitress found herself appearing in a new event, a circus parade in downtown Milwaukee. She couldn’t help but ask herself how she ended up riding on a circus wagon in a parade, clad in a heavy green skirt and jacket. “It was hot,” she said.

Then she remembered that her boss at the Simon House, an upper-crust, circus-themed restaurant in downtown Madison, was a friend of Chappie Fox, a tireless promoter of Circus World Museum and the Milwaukee parade. “He said, ‘Pick five of your favorite waitresses for a wagon ride,’ and I was one,” McElhatton recalled.

Now 92 and living at St. Clare Hospice House, McElhatton retains sharp memories of the start of what turned out to be a long-standing tradition. Circus parades were held in Milwaukee from 1963 to 1973, then vacillated between Baraboo, Chicago and Milwaukee from 1980 to 2005. In 2009 the parade made a one-time return to Milwaukee, which McElhatton attended as a spectator.

In addition to the July 1963 heat, she remembered being awed by Milwaukee’s skyline — “I felt like I was in New York” — and not being able to see much of the parade. She saw the crowds, but none of the other parade entries. While she was busy spending three hours waving — and trying not to disturb her large green hat and yellow plume — her husband Ralph “Mac” McElhatton and sons Tim and Terry enjoyed the parade at street level. “They saw the parade, and I didn’t,” she said.

A Cross Plains native, she and Mac bounced around from state to state over the years, often landing in the Madison area.

They came to Baraboo to run a Singer sewing machine store that is now Ardyth’s Sew-N-Vac Shoppe. McElhatton worked primarily as a waitress and hostess for 30 years before retiring. She moved to Bluffview in Sauk Prairie about 10 years ago, then to Corson Square in Baraboo. “I like this area,” she said.

In retirement she volunteered at St. Clare Meadows, cleaning residents’ eyeglasses. She now suffers from terminal cancer, yet visiting her room at the Hospice House feels like a night at a comedy club:

Hey Irene, how long was that first parade? “How do I know? I couldn’t see it.”

What made you stand out among the cocktail waitresses at Simon House? “I didn’t know people’s names, but I knew what they drank.”

Daughter-in-law Barabara Armstrong, who herself appeared in the parade in the mid-1990s, said McElhatton simply had to see one last Great Circus Parade in ’09. McElhatton took a tour bus to Milwaukee, watching from the Pfister Hotel as the late Ernest Borgnine took his final turn leading the parade. “She was just determined she was going to come,” Armstrong said.

LAKE DELTON — The Lake Delton Police Department is searching for two suspects in a double armed robbery that happened July 28.

Irene McElhatton, right, and an unidentified woman pose before the first circus parade in downtown Milwaukee in 1963.