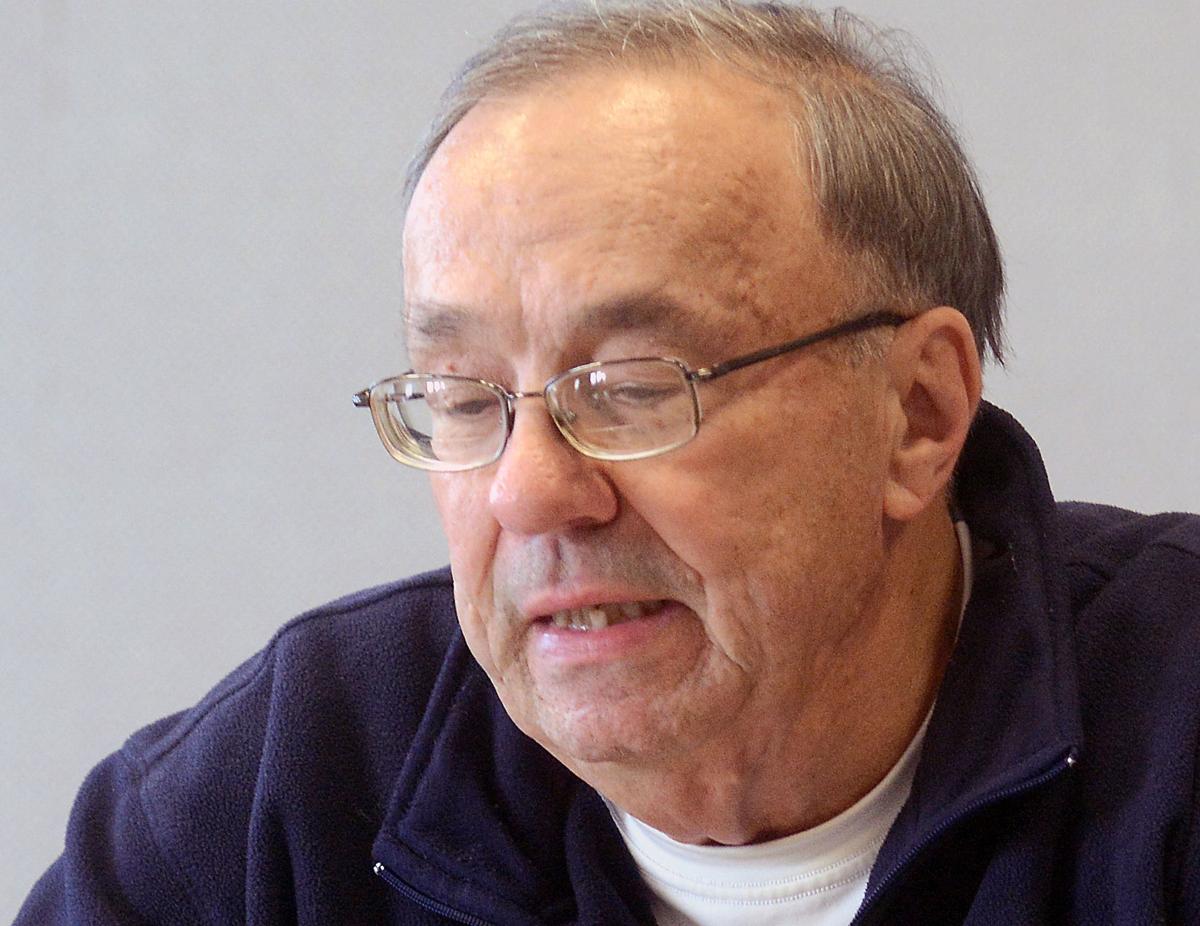 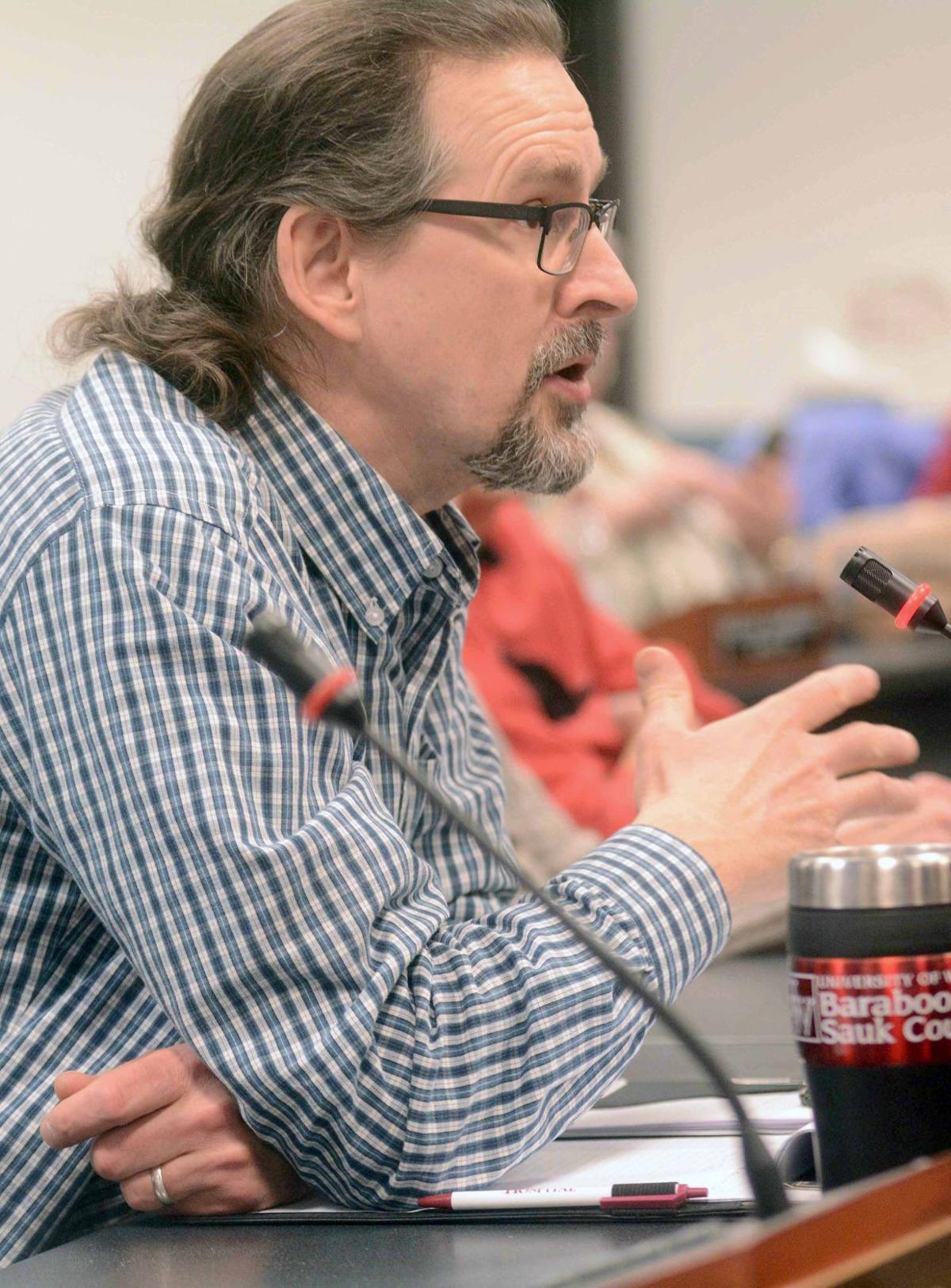 Supervisor Scott Von Asten of Baraboo speaks during an April meeting of the Sauk County Board.

A member of the Sauk County Board has filed a complaint against the board’s chair, Marty Krueger, saying he violated the county’s ethics code by making a false allegation.

Krueger does not deny making the remark in question. In a written response, he said it was not a violation of the ethics code, but rather an exercise of free speech.

The complaint relates to a comment Krueger made during an April 4 meeting, in which he alleged that one of the board’s committees routinely discusses county business outside official meetings. If true, such discussions may violate the state’s open meetings law.

The chair of the committee in question, Supervisor Scott Von Asten of Baraboo, filed a complaint against Krueger over the remark on April 17, documents show. The county’s Ethics Inquiry Board is scheduled to consider the matter during a public meeting Friday morning.

During an April 4 meeting, Krueger proposed a change to board rules that would increase the size of the board’s Property and Insurance Committee from five to six members. He said Von Asten, the committee’s chair, frequently allows Supervisor Tom Kriegl of Baraboo, who is not a member of the committee, to participate in discussions without restriction.

Therefore, Krueger said, he may as well appoint Kriegl to the committee. He then said this: “Basically, I’ll appoint Tom and let him participate. I’m not worried about a tie vote, because I think a lot of stuff at that committee is discussed outside anyway.”

Krueger and Kriegl are longtime political foes, and the property and insurance committee includes several supervisors who have openly criticized the board chair’s leadership. Krueger used the rule change discussion as an opportunity to criticize his political opponents before withdrawing his proposal.

Krueger has offered no evidence to support his allegation that the property and insurance committee discusses county business outside official meetings. He did not return a phone call Wednesday, but instead forwarded a copy of his written response to Von Asten’s complaint.

“The Sauk County Code of Ethics does not, nor can it, regulate First Amendment speech,” Krueger wrote in an April 20 response to Von Asten’s complaint. “Mr. Von Asten may not like what I said. However, he cannot use the Ethics Code to silence my speech any more than I can use the same ©ode to silence his speech. This is politics, not ethics.”

In his complaint, Von Asten referenced a section of the ethics code that says county business “should be conducted in such a way so as to re-enforce the public’s confidence in its integrity.” He pointed to another section that says county officials and employees should primarily be concerned with the “public interest” and carry out their duties “efficiently and impartially.”

A former ethics board member, David Ament of Baraboo said the county’s ethics code does not specifically address behavioral standards. It mainly addresses self-dealing on behalf of county officials and employees.

Ament said Krueger’s remark likely is not a violation. However, he said that does not mean that such behavior is appropriate for county board members.

“I think too often they let their own personal vendettas get in the way,” Ament said. “If they’d just keep county business and the good of the electorate in mind, it would solve a lot of problems.”

The county’s Ethics Inquiry Board rarely meets, and gathers only to consider complaints. Terms of the panel’s members had expired at the time Von Asten filed his complaint in April.

The county board chair is responsible for appointing new members to the ethics board. Krueger appointed new members during this month’s county board meeting with the knowledge they would consider Von Asten’s complaint against him.

The ethics board last met in March 2009 to consider another complaint against Krueger. In that case, a supervisor alleged that the board chair’s failure to appear at court dates involving a lawsuit against his business was an ethical violation.

The judge that presided over the civil lawsuit held Krueger in contempt of court and authorized a warrant. Krueger was arrested, but later resolved the lawsuit.

The ethics board dismissed the 2009 complaint, saying it did not allege a specific violation of the ethics code.

Dinosaurs with long tails would have wagged them as they ran

Dinosaurs with long tails would have wagged them as they ran

Sauk County Board Chair Marty Krueger provided the ethics board with this response to Supervisor Scott Von Asten's complaint.

Supervisor Scott Von Asten of Baraboo speaks during an April meeting of the Sauk County Board.