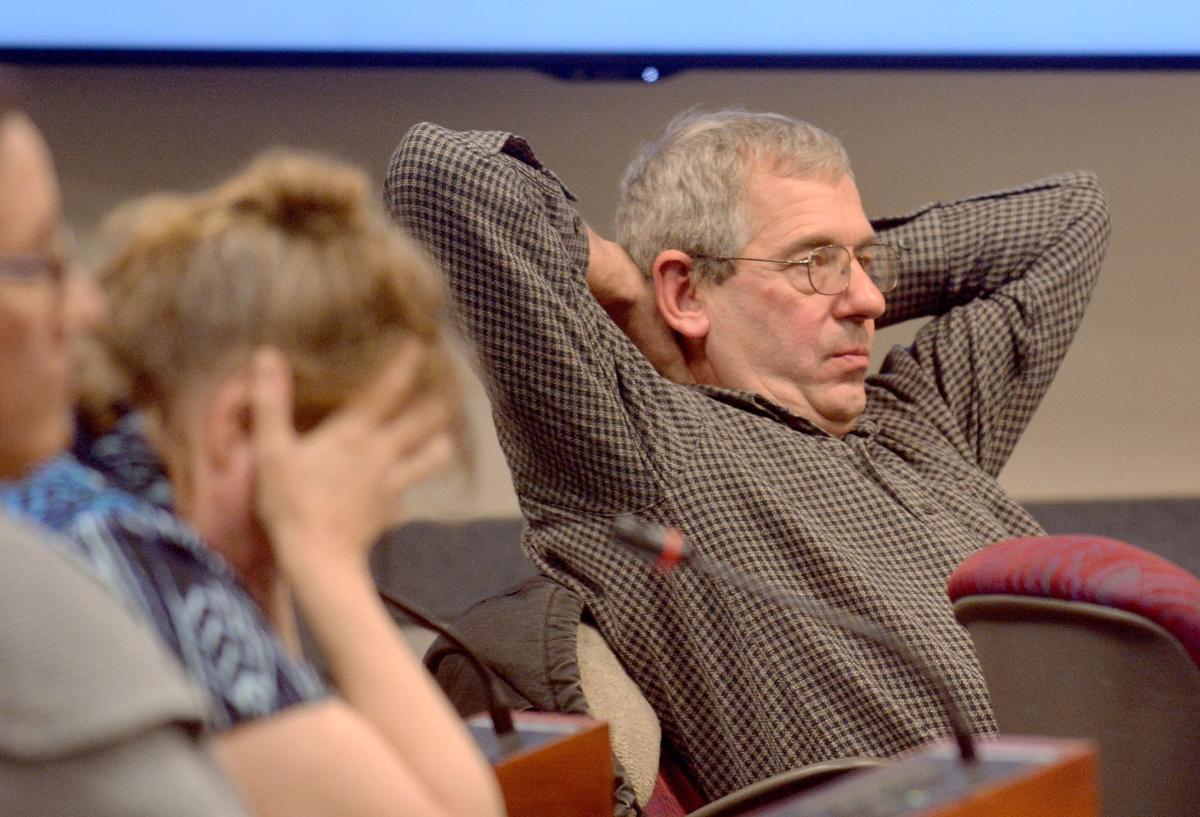 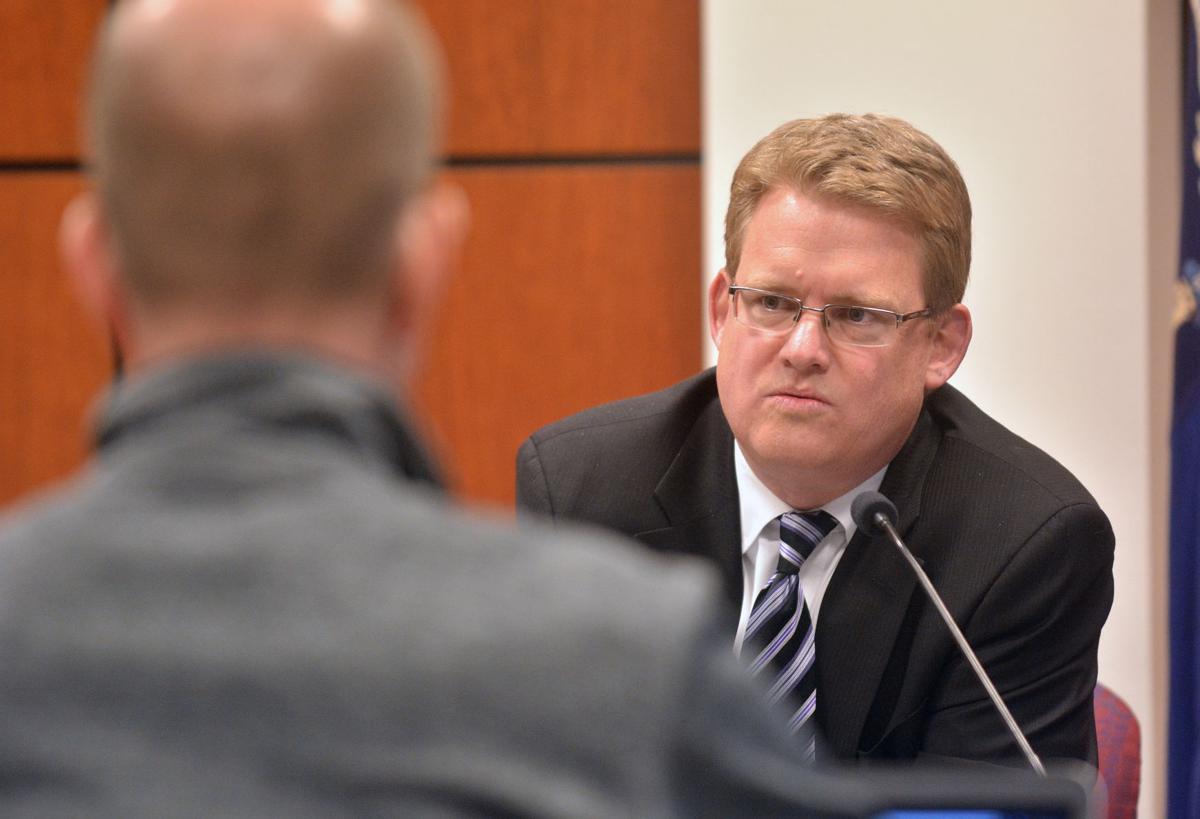 Sauk County will part ways with its highest ranking administrator for reasons that have not yet been made public.

The Sauk County Board voted 20-9 Monday night, with one supervisor abstaining, to approve a separation agreement between the county and its administrative coordinator, Renae Fry.

The vote came after a discussion that lasted more than two hours and was closed to the public. Details of the agreement were not available Tuesday, and the county’s legal office did not respond to multiple calls and emails.

Reached by phone Tuesday, an attorney appointed by the county’s insurance provider who sat in on Monday night’s closed session said he could not discuss the agreement.

“I’m really not at liberty to do that at this point,” said Milwaukee attorney Oyvind Wistrom. “The final details are still being worked out. I think at this point, until it’s approved, signed, sealed and delivered, I really don’t think I’m in a position to discuss it.”

Reached by phone Tuesday afternoon, Fry said she had been advised by her attorney not to comment.

Fry’s departure comes only eight months after her contract was approved by the county board. And although details of the matter have not been disclosed, one thing is clear: A number of supervisors are unhappy.

During an open session discussion that preceded the closed session, supervisors peppered the board’s legal counsel with questions about the process that led to Monday night.

After the private discussion, the board went back into open session to consider the separation agreement. During that discussion, at least one supervisor seemed to be under the impression that Fry had misbehaved in some way.

“I heard a lot of people saying ‘Oh, I’m worried about Sauk County’s image,’” said Supervisor John Dietz of Rock Springs. “I worry about the next place that Renae is going to go, where we’re going to send her off with a clean bill of health.”

Other supervisors seemed to place blame with the board’s leadership, and expressed frustration that they only had been provided one side of the story during the closed session.

Supervisor Doug Ament of Baraboo, who voted not to approve the separation agreement, said the only way he would have supported it was if it was coupled with the resignations of Sauk County Board Chair Marty Krueger and Sauk County Corporation Counsel Todd Liebman.

“That’s the only way I could support it, because we don’t know what the root cause is,” Ament said.

Neither Fry nor her attorney was present Monday night. Wistrom said that was part of an agreement worked out between attorneys on both sides.

Earlier this month, the Baraboo News Republic requested documents related to the matter under the state’s Open Records Law. The county has said it will issue a decision on the release of those records soon.

With Fry’s departure, Sauk County is now left to search for its fourth administrative coordinator in 18 months. And some say the recent turnover in that position indicates there is a problem.

Supervisor Scott Von Asten of Baraboo said he worries about the county’s ability to retain qualified professionals in the future. He also questioned how the county will go about filling the position.

“Part of my fear is not only how we look outside the county, but what kind of talent are we going to be able to attract now to this position?” Von Asten said in a phone interview Tuesday. “But also, are we going to do anything different in how we hire the next one? Or are we going to use the same procedure and expect different results?”

Supervisor John Deitrich of Reedsburg said he does not believe there has been a systemic failure. He pointed out that former Administrative Coordinator Kathy Schauf served in that role for a decade before she accepted a job with Eau Claire County in 2015. And her replacement, Brentt Michalek, only served in an interim capacity.

“Sometimes you hit a winner and sometimes you don’t,” Deitrich said in a phone interview Tuesday. “I don’t see this necessarily as a pattern with regard to the county.”

While some supervisors have said they will call for an independent investigation into the matter, Deitrich said he would not support that because it’s time for the county to move on.

Others say it is important to find out what happened so that the county make corrections and can get back on track.

“I think the public is wondering why this is happening, as am I,” Supervisor David Reik of Spring Green said about recent turnover at the administrative coordinator position. “There seems to be a shroud of secrecy and a lot of backroom dealing.”

A newly released document shows parallels between the dismissal of Sauk County government’s last two chief administrators, and the use of “sep…

A separation agreement between Sauk County government and its top administrative official will cost taxpayers nearly $135,000, and establishes…

Constituents said Tuesday they wanted answers about the departures of two Sauk County administrators that will cost taxpayers about $160,000.

A committee of the Sauk County Board is scheduled to discuss the search for a new chief administrator Thursday during a meeting in Baraboo.

In May 2015, long-time Sauk County Administrative Coordinator Kathy Schauf announced she would leave her position to take a new job in Eau Cla…

The Sauk County Board's special meeting on Nov. 21, 2016, was not recorded by the county's video system. This recording of an open session dis…

The Sauk County Board's special meeting on Nov. 21, 2016, was not recorded by the county's video system. This recording of an open session dis…

A meeting to discuss the possible removal of Sauk County government’s highest ranking administrator has been postponed.

Sauk County government may sever ties with its administrative chief a mere eight months after she was hired.

Nearly three weeks after the Sauk County Board approved the hiring of a new administrative coordinator, the county has made public some of the…