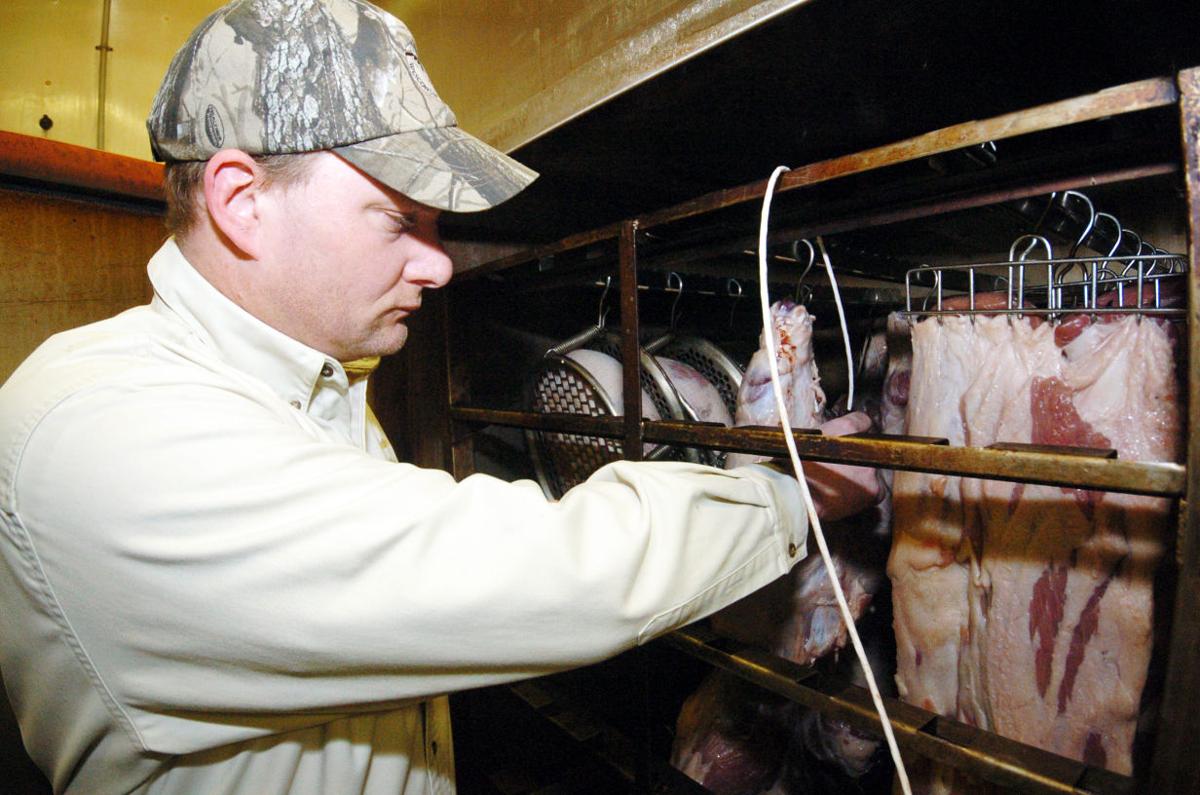 Dave Mauer checks the condition of meats inside a smoker at Wisconsin River Meats near Mauston. 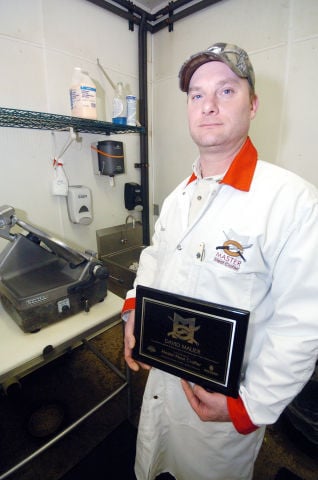 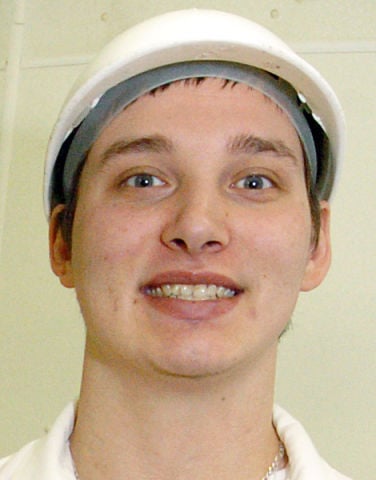 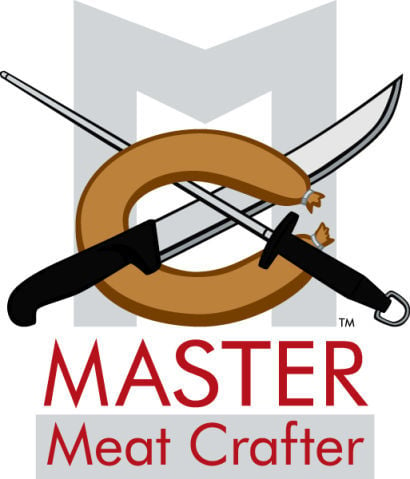 Dave Mauer is a man “passionately interested” in the meat business.

So when Mauer was approached three years ago with the chance to work a few hundred extra hours learning about the business on top of his role at Wisconsin River Meats near Mauston, a business he co-owns, the answer came easily.

“They didn’t have to ask twice,” Mauer said. “I jumped on the opportunity.”

On Jan. 17, the offer Mauer couldn’t refuse in 2011 culminated with his graduation from the state’s Master Meat Crafter Program.

Mauer was a member of the program’s second graduating class — and is now one of just 38 people nationwide who can claim the title of Master Meat Crafter.

“The course wasn’t easy,” Mauer said. “It was a unique program bringing together educators, scientists, trade experts, regulators and technology innovators from across the country.”

The program is a cooperative venture between officials from the state Department of Agriculture, Trade and Consumer Protection and the University of Wisconsin.

“This program complements the meat industry in the state very well,” said Jeff Sindelar, associate professor and UW Extension meat specialist at the University of Wisconsin-Madison.

Sindelar helped spearhead the creation of the program and oversees it today. He said the program was born of the realization that there would be value in bringing meat processors, both large and small, together for intensive education in both the science and business of meat production.

“All big plants like Oscar Mayer and Johnsonville, they all started out as a small plant, and there’s a lot of opportunity for that to take place across the state,” Sindelar said.

Jeff Swenson, a livestock and meat specialist with the state Department of Agriculture, Trade and Consumer Protection, said officials from his agency approached Sindelar with the idea six or seven years ago and the program took off from there.

“This is a way for a small meat processor like Wisconsin River Meats to come in and look at the program, develop new products to expand their business, work with their employees and have happier employees at the end, be more cost-effective and make a sustainable business,” Swenson said.

The program was patterned after a similar program already successful in boosting the state’s dairy industry — the Wisconsin Master Cheesemaker Program.

The Master Meat Crafter Program comes complete with a logo, which Mauer and John Hamm, his partner at Wisconsin River Meats, are now able to use as a symbol of quality in marketing their products.

The classroom portion of the program took place on the UW-Madison campus and took two-and-one-half years to complete. The trips to Madison were no vacation for Mauer.

“It was in-depth training, two- and three-day, 10-hour cram sessions with over 6,000 pages of material to cover,” Mauer said.

“This course covered meat science all the way down to the molecular level,” Mauer said.

Mauer started in the business in 1988 doing cleanup and sanitation at a local meat plant before he and his partner opened Wisconsin River Meats in 1991.

A local food movement that has taken hold nationwide has consumers questioning where their food comes from, and Mauer said it bodes well for the future of small meat processors.

“That trend is growing, and we’ve seen that in the growth of this business through the years,” Mauer said.

Swenson said state officials believe the eat-local trend is an opportunity for all the state’s meat processors, especially small processors whose chief appeal is quality, not the lowest prices.

“People are more and more curious about where their food comes from,” Swenson said. “They want to know that care went into making what they eat. They want to know down to where the livestock came from. It really is a growing trend.”

Swenson said Wisconsin has more meat processors than any other state. He added there’s no reason why Wisconsin sausages and meats, like cheese, beer and Harley Davidson motorcycles, shouldn’t be signature state products.

Sindelar said there’s a hidden link between Wisconsin’s well-known reputation as a dairy producer and its less well-known meat industry.

“We definitely have a lot of room to grow and build,” Sindelar said. “We’re seeing a lot of interest outside the state. We’ve had applications essentially from coast to coast.”

Mauer has passed along some of what he’s learned to his employee Zach Merath as part of a mentorship component in the Master Meat Crafter Program.

Merath, a four-year employee at Wisconsin River Meats, said his responsibilities and knowledge have expanded greatly under Mauer’s mentoring.

“Before I didn’t do any cutting,” Merath said. “He’s taught me how to break a beef down, to process a beef, to cut a steak.”

The program’s final hurdle was a requirement for a personal project. Mauer’s project, a boneless deli-style ham, will take its place among the offerings at Wisconsin River Meats later this month.

Mauer said that, in addition to lots of new information, he gained something just as important from the program – confidence. Confidence in what his business is doing now and in its future.

Wisconsin River Meats is located at N5340 County Road HH in the town of Lemonweir. The business is online at www.wisconsinrivermeats.com — visit http://fyi.uwex.edu/meats to learn more about the Master Meat Crafter Program.

Dave Mauer checks the condition of meats inside a smoker at Wisconsin River Meats near Mauston.