Leaders at Baraboo’s circus museum hope to provide a distraction from the “white noise” of a presidential election next summer with their homage to all things Western.

The “Go West Under the Big Top” theme for summer 2020 will give Circus World Museum an opportunity to bring items out from its archives, from wagons to lithographs, as “Wild West” shows played a prominent part in circus history, said Executive Director Scott O’Donnell. As a “wide lane,” the theme also allows for a wide variety of music and movie genres from which performers can draw.

“It’s a relatable genre of music and culture, for sure,” O’Donnell said. “Everybody can dig out their Levi jeans and cowboy boots and cowboy hats and have a happy hoedown.”

According to Dave SaLoutos, ringmaster and marketing director, planning for the 2020 season started in July after the Big Top Parade, in the midst of the 2019 summer season. By the end of August, organizers had contracted artists, ordered costumes and posed for a photoshoot.

Attendance up by 3% at Baraboo's Circus World Museum in 2019, despite bad weather

SaLoutos said the Western theme is recognizable enough to draw people in to see Circus World’s particular spin on it.

Returning performers next year include three elephants and their trainer Armando Loyal, tiger trainer Ryan Holder and his 10 tigers — which used to be eight, just last season — and clowns Steve Copeland and Ryan Combs, whose “interpretation of Wild West will, I’m sure, be wild, zany and entertaining,” O’Donnell said.

Jenny Vidbel, who specializes in equestrian and barnyard acts, will herd her horses, ponies, dogs, goats, pigs and bulls back to Baraboo after last performing at Circus World two years ago. Known for her act in the Big Apple Circus, Vidbel is a Baraboo community favorite, O’Donnell said.

“We’re going to up the hay quotient for south-central Wisconsin next year with all of the fabulous furry friends that will be with us,” he said.

Representing the inter-generational tendencies of circus performers, the Faltyni family will showcase an “amazing unsupported ladder act” in which husband Emil performs on a ladder held up only by his own ability to balance it, an aerial act by wife Vlasta and a juggling act featuring their three children, O’Donnell said.

“It’s a spectacular package of acts from one family that’s dynamite,” SaLoutos said.

O’Donnell said election years are known for being challenging for live entertainment businesses, even in less polarized times. His theory is that people tend to be more financially conservative until they know the direction the country will go.

“With the one that we’re all facing collectively, putting together a vibrant, wonderful diversion from all the white noise that’s coming down the pike for the elections I think is important,” O’Donnell said. “We’re all going to need a time to disconnect from all that and get together as Americans and just have fun with one another and celebrate a vibrant chapter of our nation’s history.”

Before the grounds open in May, Circus World Museum will open new exhibits to the public on March 16.

Jennifer Cronk, the museum’s curator of circus history, worked last week to dismantle the 2019 “Trumpets of Paper” exhibit in Pfening Gallery, preparing the space to feature costumes donated in 2016 by the Big Apple Circus.

Cronk said next year marks the beginning of using the space as a rotating exhibit space with new material each year.

“We’re hoping the fact that we’re going to do this every year (means) we’re going to get to show off a lot of stuff that hasn’t been seen by anyone,” Cronk said.

“There’s plenty there, so I can plan exhibits for 10 years and have plenty,” she added.

Big Apple Circus, a one-ring circus that started in 1977 in New York City, has been a staple on the East Coast every holiday season, SaLoutos said.

He said the museum also plans to refresh the gallery space, including replacing its red carpet.

“Pippin” the musical is making a colorful, circus-themed return to Baraboo this month after 38 years.

After almost two decades, old posters have come down and new (old) posters are going up as Circus World Museum staff prepare to open Monday fo…

After a successful summer season, Circus World leaders expressed cautious optimism about the future of the state historic site almost one year…

In some communities, a trio of elephants walking around downtown might provoke an emergency response. In Baraboo, it’s a sign of celebration.

Baraboo’s Big Top Parade and Circus Celebration will offer a chance to see two historic circus wagons as they haven’t been seen in decades.

Circus World’s ringmaster has swapped his mustache and boots with sequin jackets and pomade for this year’s summer season. 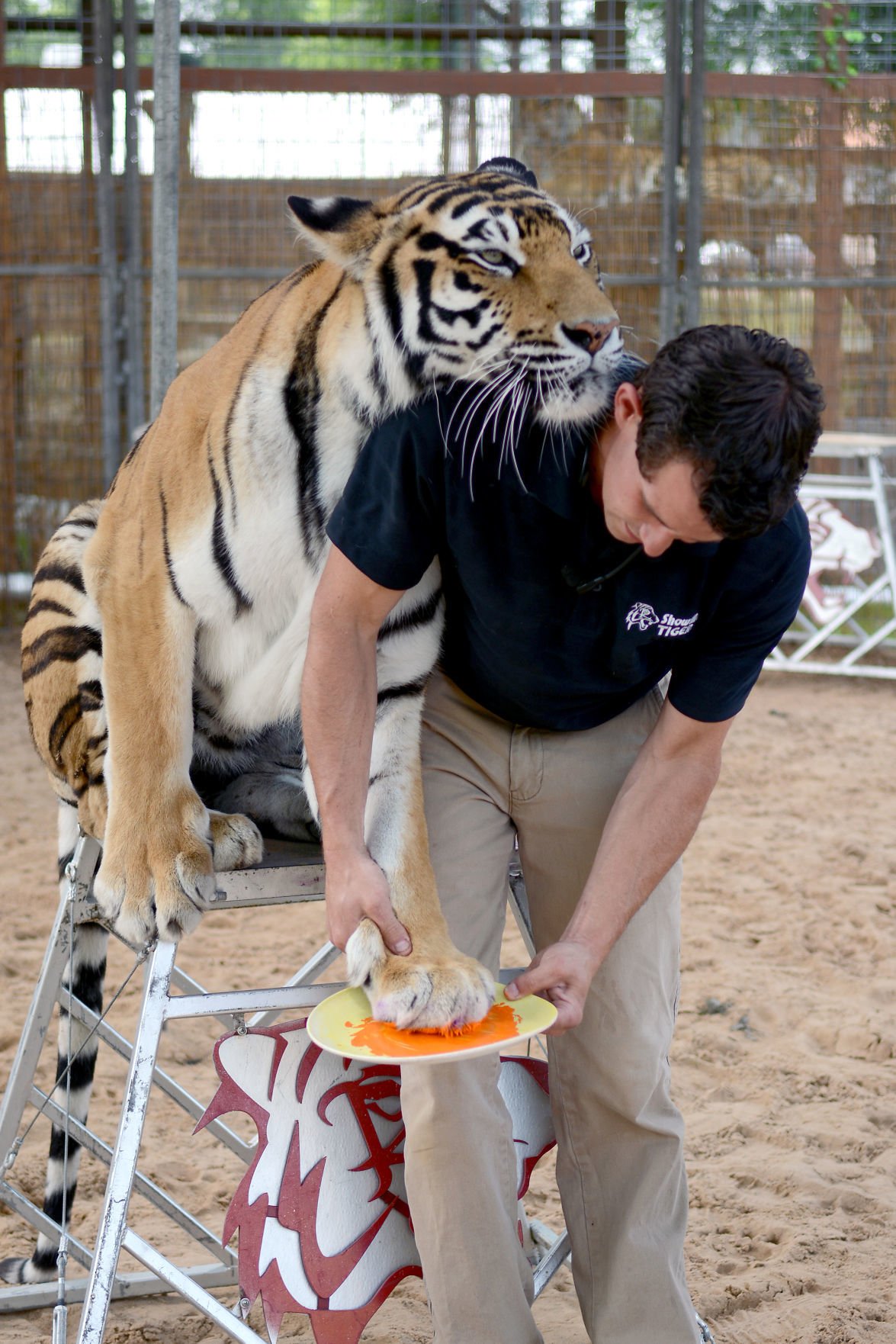 Tiger handler Ryan Holder dips Luri's paw in orange finger paint June 19 to make a print of the tiger's paw on a small canvas at Circus World in Baraboo. He will be returning for the museum's 2020 summer season. 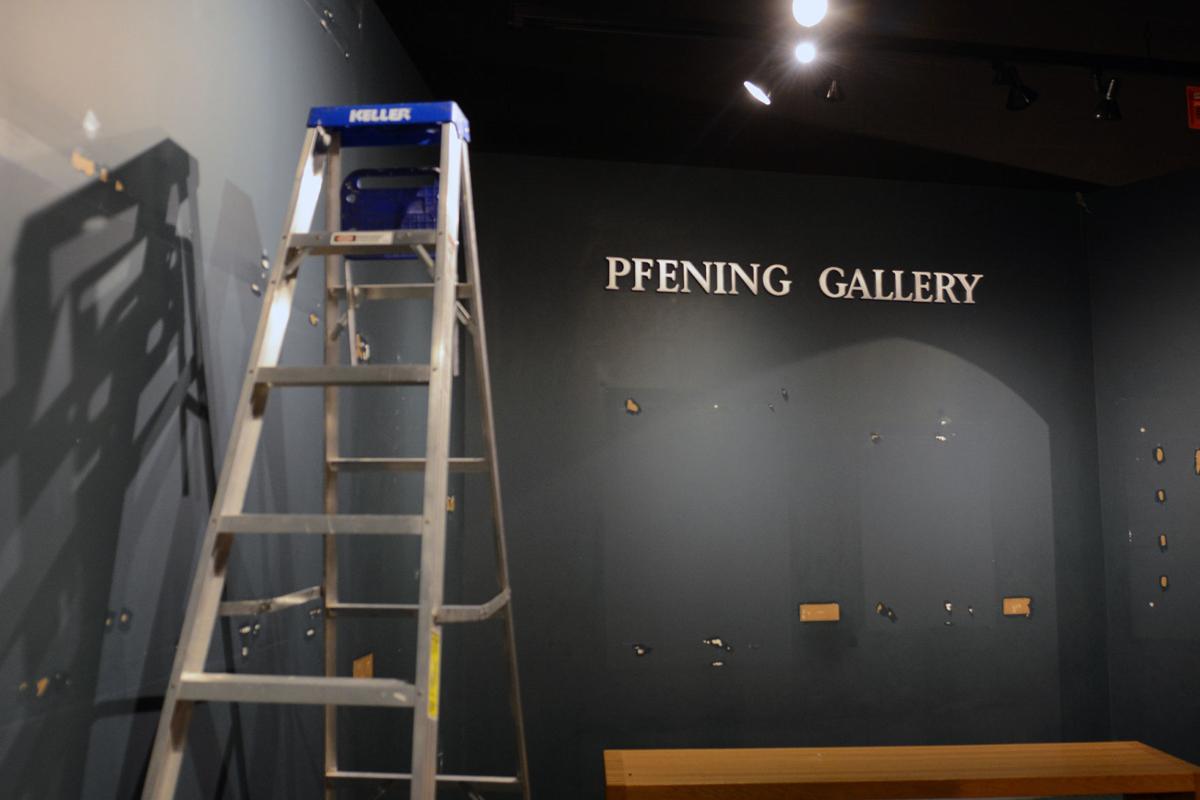 Pfening Gallery at Circus World Museum in Baraboo gets dismantled Nov. 8 to make way for a new exhibit on Big Apple Circus which will open March 16 for the spring season. The museum closed for winter on Oct. 31. 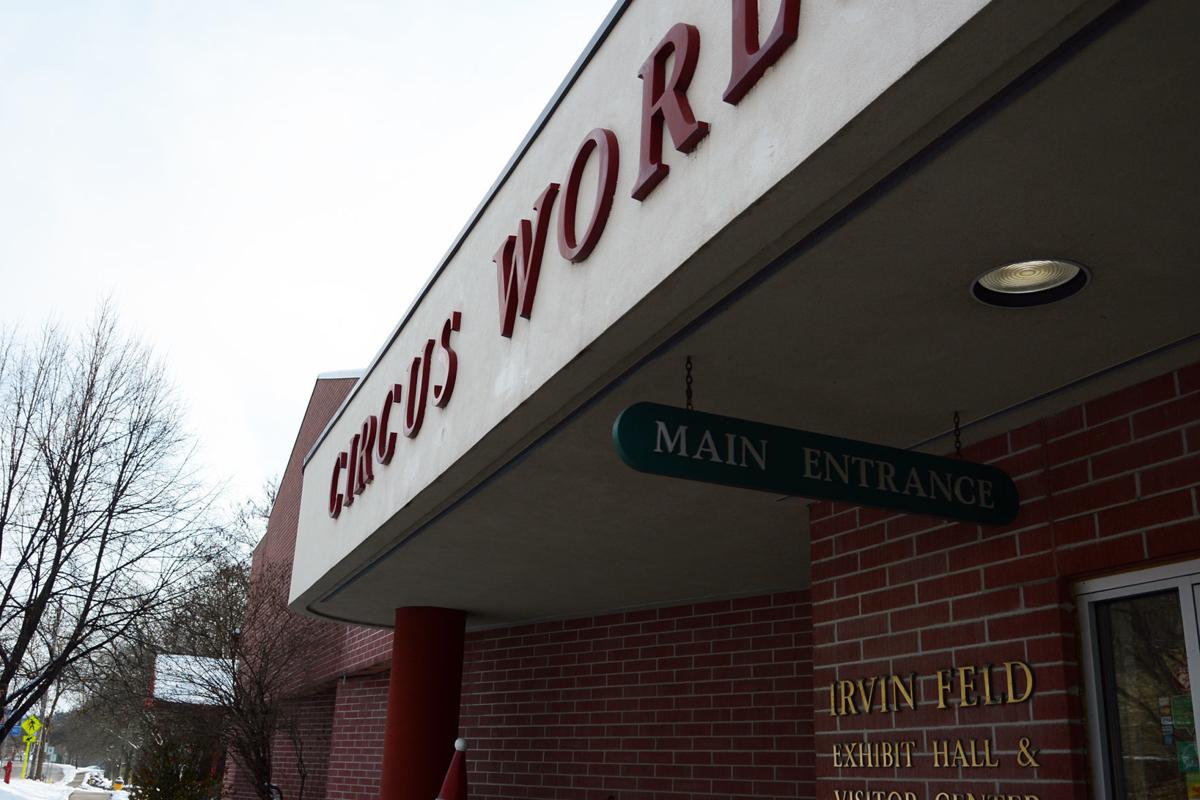 Circus World Museum in Baraboo closed for winter on Oct. 31. It will reopen March 16 for the spring season. 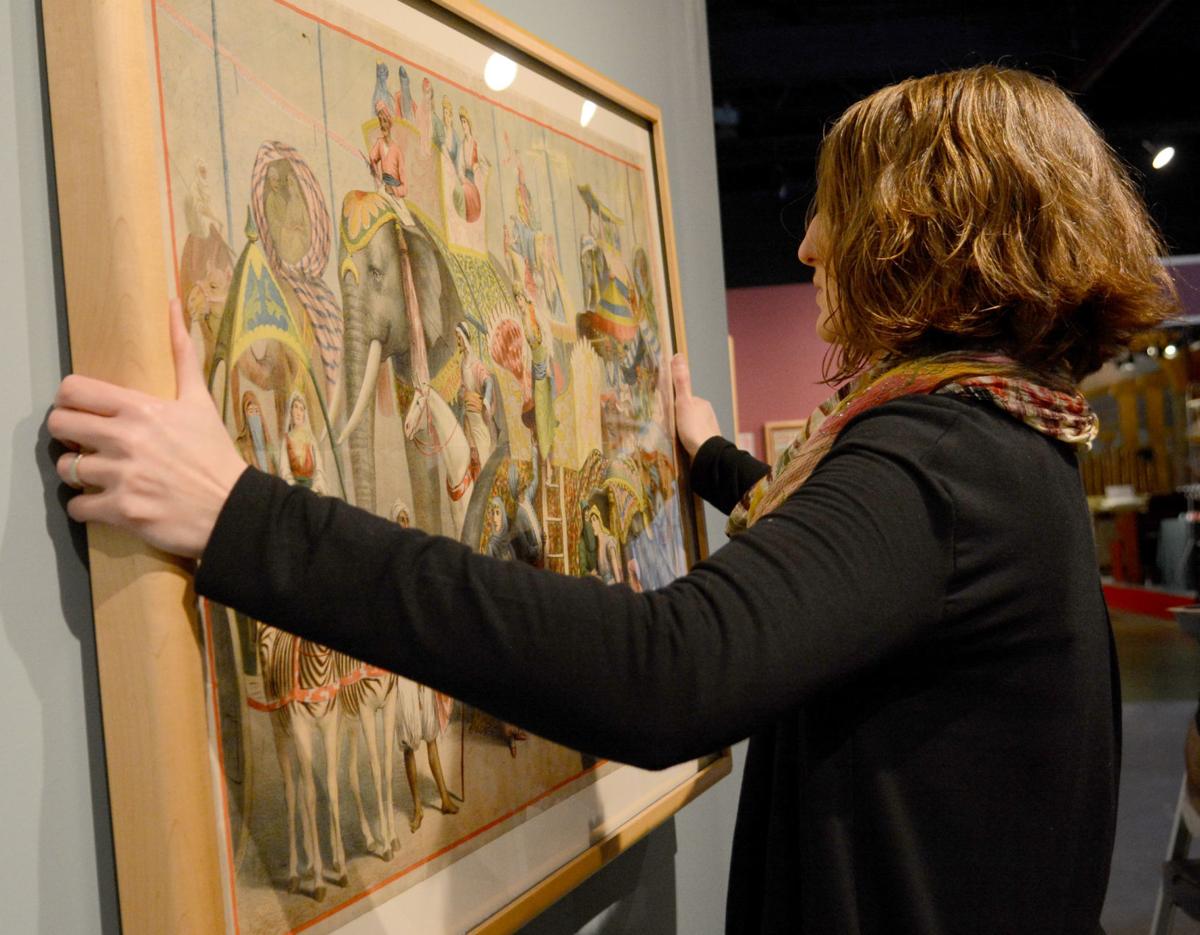 Curator of Circus History Jennifer Cronk hangs a poster in March for the spring "Trumpets of Paper" exhibit at the Circus World Museum in Baraboo. Next year, the exhibit will feature costumes and other items from the Big Apple Circus.