A Lake Delton man with a history of violating his bond by allegedly drinking and driving was again charged twice within a week for incidents related to drunken driving.

Timothy W. Delmore, 48, faces more than 44 years in prison and fines up to $83,000 after a one-vehicle crash ended with him in the ditch along Clara Avenue near West Hiawatha Drive in Lake Delton.

According to the criminal complaint, Sgt. Brad Kurkiewicz of the Lake Delton Police Department responded to a report of a crash around noon Jan. 25. The officer noted that in the snowy conditions, a white Lexus was off the road.

A driver’s license had identified the driver as Delmore, who the person who called in the accident said seemed “out of it.” When Kurkiewicz parked his vehicle, he saw Delmore sitting in the driver’s seat with his legs hanging out of the car. When the officer approached Delmore, he left the vehicle and began walking on unsteady legs toward the shoulder of the road, where he fell.

The sergeant helped Delmore balance as they walked to the police vehicle, where Delmore told Kurkiewicz he was driving the vehicle, which he said was owned by his significant other, to get chewing tobacco from the store when another vehicle entered his lane. Delmore told the officer he swerved into the ditch to avoid a collision.

Upon examining the scene, according to the criminal complaint, snowy conditions showed that the vehicle likely did not move as Delmore said it did. The officer noted that by the tracks on the ground that Delmore failed to negotiate a left hand curve in the road and went into the ditch.

Police determined that the Lexus was actually registered to Delmore and should have had an interlock device installed by order of the court due to past driving while intoxicated convictions.

When Delmore was questioned about whether he had consumed alcohol, he began crying and admitted to have been drinking. Further investigation by police found that Delmore was also driving with a license that had been recently revoked as part of another case.

He was charged with felony driving while intoxicated, driving with a prohibited alcohol content, four counts of bail jumping, driving with a revoked license and failing to install an interlock device.

In other charges filed with Sauk County Circuit Court on the same day, Delmore was pulled over Jan. 21 by officer Josiah Gjefle of Lake Delton Police Department after he failed to yield to the police officer’s vehicle at an intersection near the Hiawatha Residence Hall along West Hiawatha Drive.

In a criminal complaint, Gjefle noted he was leaving the residence hall around 10:30 p.m. when a vehicle across the road stopped at a stop sign, but failed to yield to the officer’s right-of-way and pulled out in front of him. When the officer ran the license plate number through the system, he identified its owner as Delmore and pulled him over.

Delmore told Gjefle he had just been released from jail and was going to the store to buy cigarettes.

He was charged with driving with a revoked driver’s license, failing to install an interlock device, three felony counts of bail jumping and misdemeanor bail jumping. Delmore faces a maximum prison sentence of more than 20 years for those charges, as well as fines up to $42,000.

According to court records, it would be Delmore’s seventh OWI charge. In October, Delmore was charged with a sixth OWI after police arrested him in his home. Delmore had been reported as driving intoxicated and when a Lake Delton police officer attempted to speak to him in his driveway, he ignored the officer and continued up a flight of stairs into his residence. An initial breath test found Delmore’s blood alcohol content was 0.324 at the time, more than four times the legal limit to drive.

In a hearing Tuesday, Delmore signed a $500 signature bond and posted a $1,000 cash bond to be released from jail. Bail conditions in both cases require he maintain absolute sobriety and not operate any motor vehicles. He is scheduled to return to court March 31. 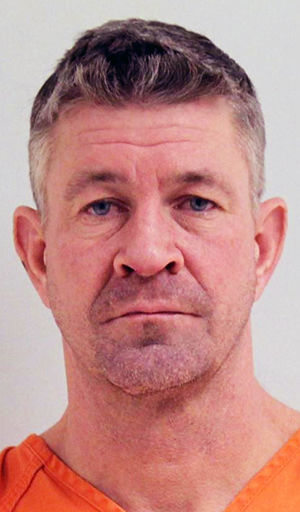