A Rock Springs man was recently sentenced to prison after being convicted multiple times for driving while intoxicated and with a prohibited alcohol content.

McCabe was found guilty on two charges. The rest were dismissed as part of an agreement between Assistant District Attorney Rick Spoentgen and McCabe’s attorney, Peter Curran, who both made a joint recommendation in court Jan. 29.

According to the criminal complaint filed for which McCabe was found guilty of his eighth OWI, he was stopped by a Reedsburg police officer at 5:30 p.m. March 31 after a witness called authorities to tell them a “highly intoxicated” man had just left Donnie’s Restaurant on E. Main Street in a red Dodge Ram pickup truck.

The officer spotted the truck near South Grove Street. When the driver failed to stop at a red light, the officer stopped him. During the stop, the officer identified McCabe and found he had a court-imposed alcohol blood level of 0.02%.

“Probably more than you want to hear about,” McCabe allegedly told the officer. “Probably 10.”

The officer then asked McCabe to perform several field sobriety tests. A preliminary breath test indicated a blood alcohol concentration of 0.15. A test later conducted at the Wisconsin State Crime Lab indicated McCabe’s blood alcohol level was 0.21%, according to the complaint.

Once he is released from prison, McCabe will have his driver’s license revoked for three years. An interlock device will also be required for his vehicle for three years in each case. During his extended supervision, McCabe must not enter any bars or liquor stores, maintain absolute sobriety, not own any alcohol and receive alcohol addiction treatment. 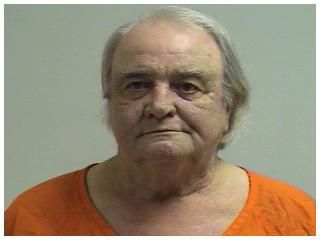