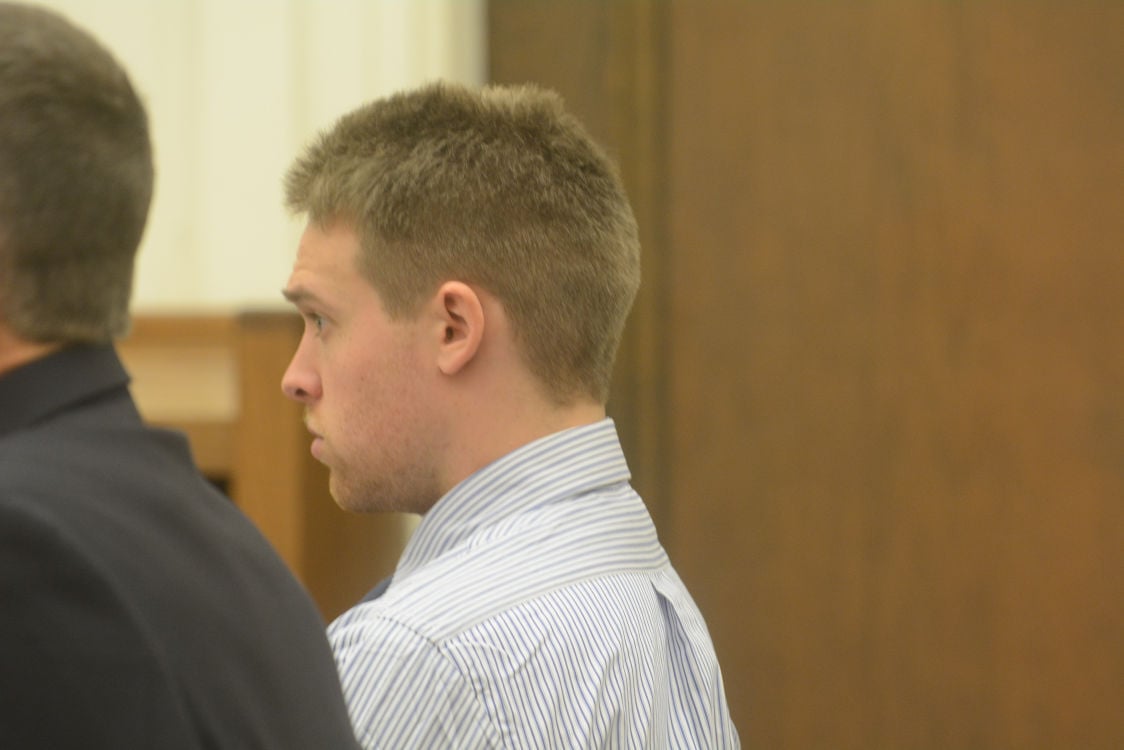 Kevin J. Vaness, 24, of Baraboo, sits with his attorney in Sauk County Circuit Court Monday during the first day of his homicide by drunken driving trial. 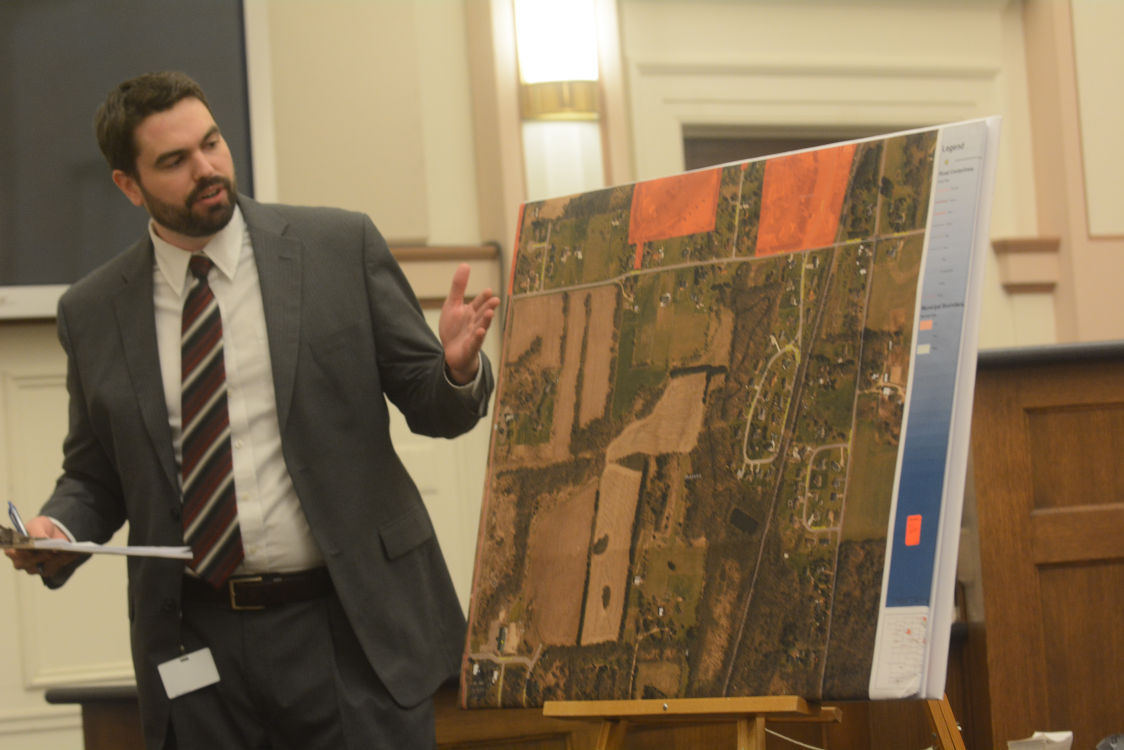 Sauk County Assistant District Attorney Michael Albrecht shows jurors a map with an aerial view of the area in which a crash occurred Sept. 1, 2013. 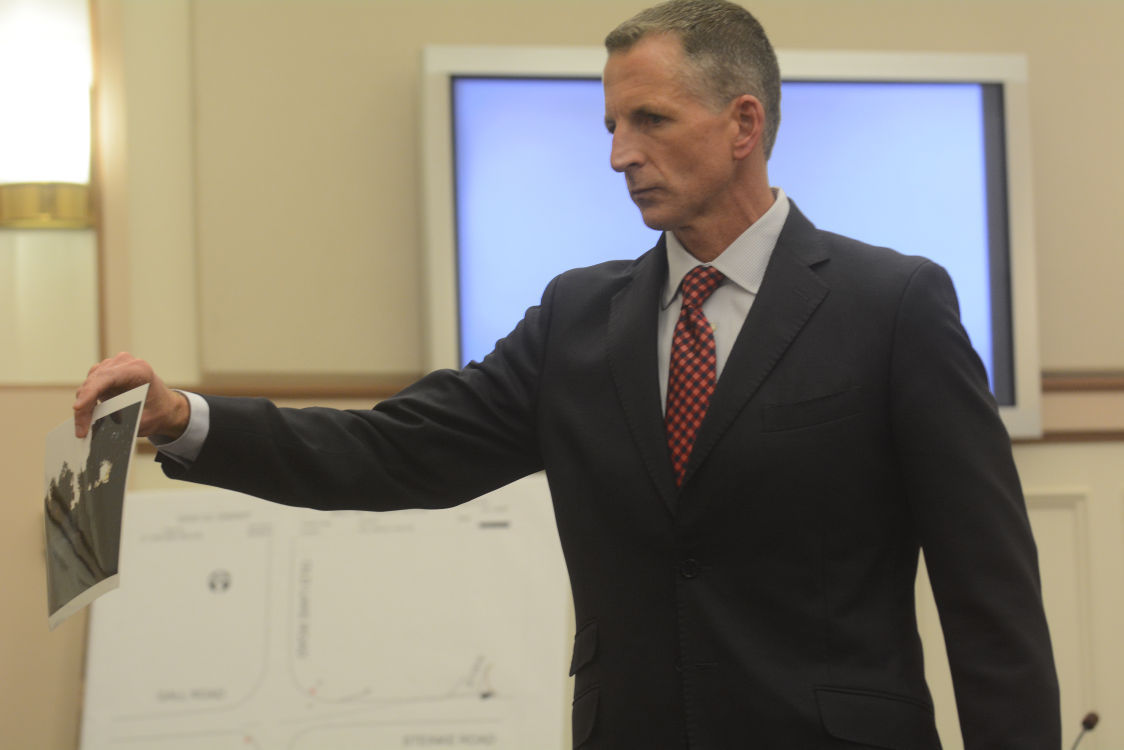 Attorney Dennis Melowski of Sheboygan shows jurors a photo during Monday's court proceedings in the homicide by drunken driving case of Kevin J. Vaness of Baraboo. 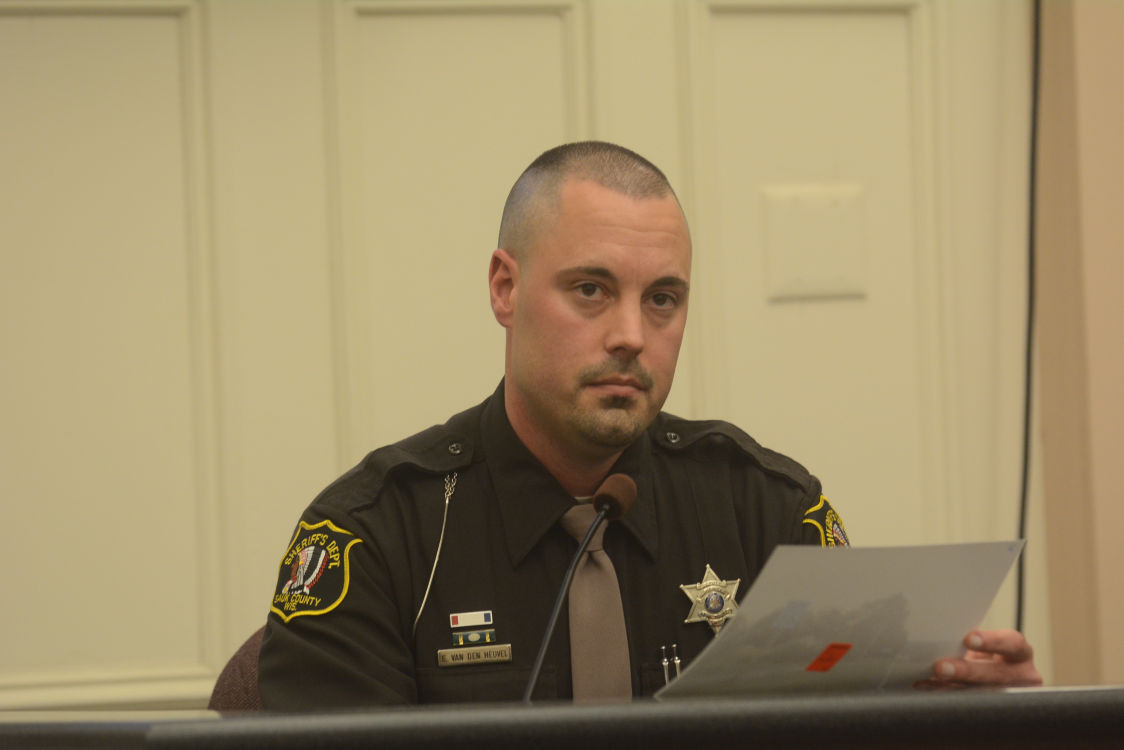 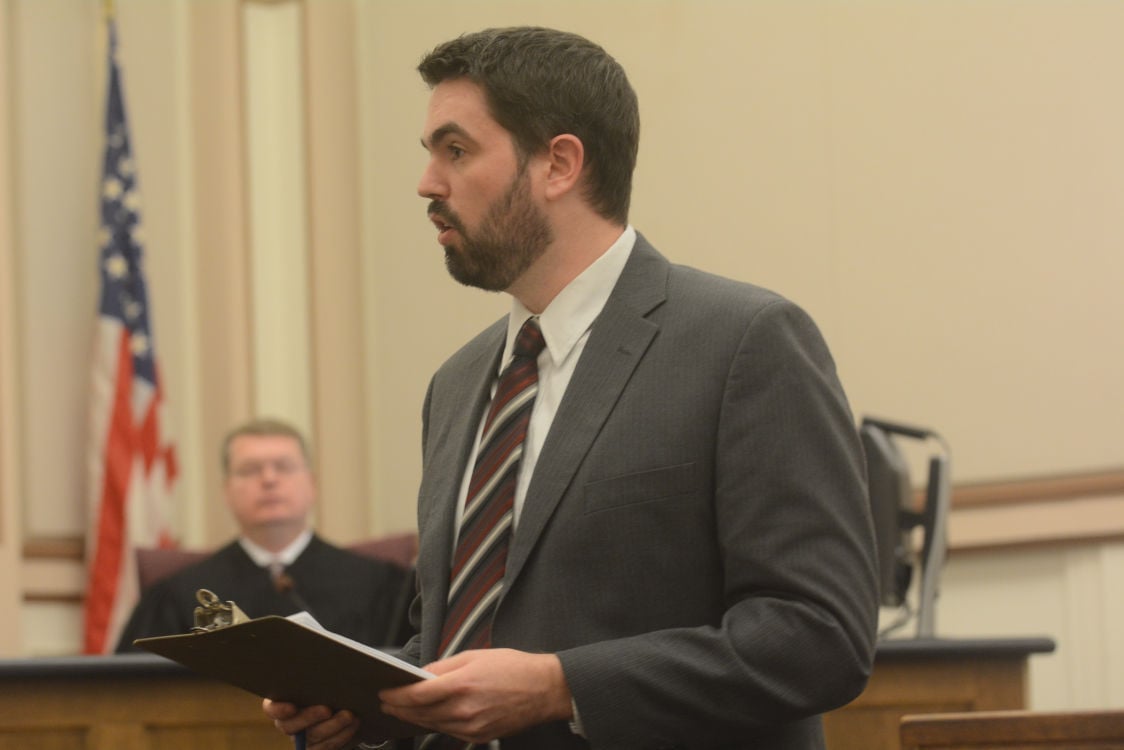 During a homicide by drunken driving trial that began Monday, attorneys for the defense and prosecution presented opposing views of a fatal crash that took place more than two years ago.

The Sauk County District Attorney’s Office will try to prove that 24-year-old Kevin J. Vaness of Baraboo was drunk and ultimately responsible for a Sept. 1, 2013, crash that took the life of one of his friends and seriously injured another.

But the defense will try to show that the victim, Benjamin J. Brooks, 27, of Baraboo, also had been drinking that night and was “goofing off” on a high-performance motorcycle, which contributed to the crash.

Sauk County Assistant District Attorney Michael Albrecht said Vaness, Brooks and 25-year-old Tory C. Frenzel of Baraboo had been together with a larger group and drinking at the Pumphouse Sports Bar & Grille, where they were served pitchers of beer and shots by Brooks’ wife, Kortnee Brooks. The group left, intending to meet at another tavern.

During the drive, prosecutors say, Vaness’ jeep sped through a train crossing and ran a stop sign before it crashed into the back of a motorcycle driven by Brooks. Frenzel was on the back. Neither of the two men were wearing helmets, and both were thrown from the motorcycle. There were two passengers in Vannes’ jeep, who are expected to testify during the five-day trial.

“Unfortunately, and tragically, Ben Brooks had stopped at that stop sign,” Albrecht said during opening statements Monday. He said Vaness had his blood alcohol tested roughly two hours after the crash, and it registered at .22, nearly three times the legal limit.

Brooks died as a result of the crash, which occurred at the intersection of Old Lake and Gal Roads in Baraboo. Frenzel had part of his skull, a kidney and part of his bowel removed during surgery to save his life. Vaness was charged three days later with homicide by intoxicated use of a vehicle and injury by intoxicated use of a vehicle. He could face up to 52 years in prison if convicted.

“I want to get one thing off the table right now,” Sheboygan-based attorney Dennis Melowski told the jury during the defense’s opening statements. “This case is not about whether the defendant was intoxicated behind the wheel. That part is conceded … The issue in this case is: Who was the proximate cause of this accident?”

Melowski said everyone in the group that night had too much to drink. And just prior to the crash, Brooks was doing a “burnout” on his motorcycle, which he described as the fastest street legal bike on the market. Melowski said the evidence will show that the burnout caused by the friction between tire and pavement produced enough smoke to blind Vaness in the jeep behind.

The defense is expected to call its own crash reconstruction expert, who has disputed the conclusions of a crash reconstruction completed by the Sauk County Sheriff’s Department. However, even the Sheriff Department’s report concluded that Brooks had done a burnout, and that his driving was a factor in the crash, Melowski said.

“Is that enough to convince all of you that this was a homicide?” Melowski said. “The stakes don’t get any higher.”

Also during Monday’s proceedings, Sauk County Sheriff’s Department Deputy Eric Van Den Heuvel, who helped document evidence at the scene of the crash, was called as a witness.

The deputy walked jurors through the methods investigators use to analyze a crash scene, and described pictures he took of the stretch of road on which the crash occurred.

During cross examination, Van Den Heuvel disagreed with use of the word “burnout” to describe what Brooks’ motorcycle was doing prior to the crash. He also disagreed with Melowski’s definition of a motorcycle burnout: sustained RMPs with the brake activated.

Madagascar drought: More than one million edged towards famine

Madagascar drought: More than one million edged towards famine

Kevin J. Vaness, 24, of Baraboo, sits with his attorney in Sauk County Circuit Court Monday during the first day of his homicide by drunken driving trial.

Sauk County Assistant District Attorney Michael Albrecht shows jurors a map with an aerial view of the area in which a crash occurred Sept. 1, 2013.

Attorney Dennis Melowski of Sheboygan shows jurors a photo during Monday's court proceedings in the homicide by drunken driving case of Kevin J. Vaness of Baraboo.