One by one, a team of artists and helpers lifted mosaic clay tile panels weighing 200-400 pounds each onto brackets along the inset wall Friday in Baraboo middle school’s new entryway.

When all nine came together like giant pieces of a puzzle, they formed a mural about 20 feet across and more than 8 feet high, featuring a thunderbird, the district’s mascot and part of Ho-Chunk lore. A student passing by the area stopped to watch the art installation, letting out a “wow” that carried down the corridor to lead artist Melanie Tallmadge Sainz of Wisconsin Dells.

“That’s all I want to hear, is ‘wow,’” Tallmadge Sainz said.

The Baraboo School District commissioned the mural by the Little Eagle Arts Foundation, which Tallmadge Sainz founded and now directs. She said Lori Mueller, former Baraboo district administrator, was looking for a Ho-Chunk artist to create a “legacy piece” that included the thunderbird for the renovated Jack Young Middle School, and two Baraboo parents recommended her.

“It makes me just feel really, really proud as a Ho-Chunk tribal member,” she said when asked how she feels about the district seeking out an indigenous artist.

Project leaders have said they added the cultural art installation to the $41.7 million renovation and expansion at the middle school when other parts of the project came in under budget. The project remains on budget, they said during recent updates to the school board.

The “Tee Wakącąk: Spirit Lake” mural combines the Ho-Chunk story on the origin of Spirit Lake — the tribe’s name for what European settlers renamed Devil’s Lake — as told to Tallmadge Sainz by her grandfather, with other elements from tribal lore and local wildlife, including two cranes. The landscape was inspired by a photograph of the lake by Baraboo’s Derrick Mayoleth, Tallmadge Sainz said. 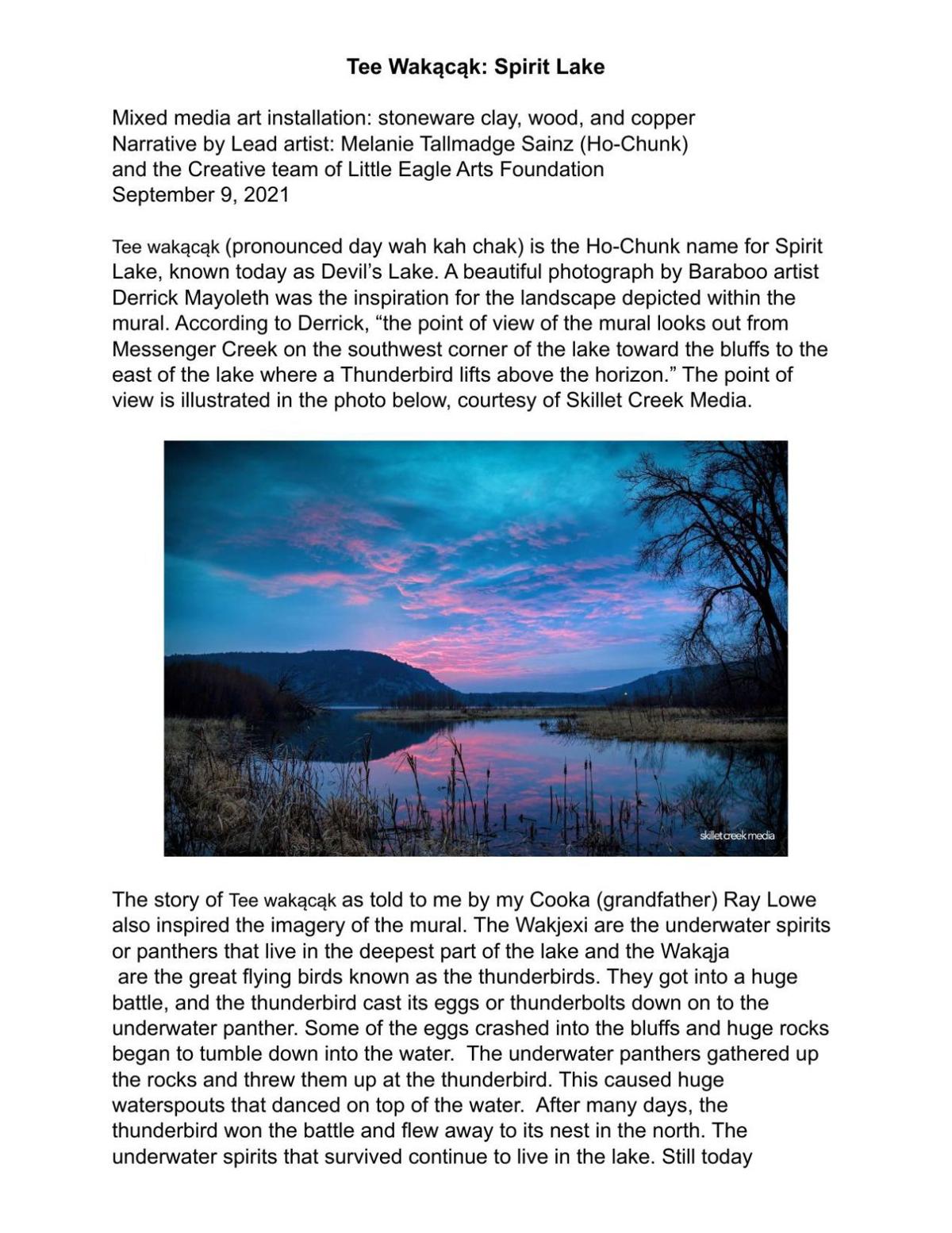 The thunderbird’s wingspan stretches across three panels, covering much of the sky, because the entities are understood to be giants according to clan knowledge, she said. According to her narrative, the mixed media mural depicts a battle between the thunderbird and underwater spirits, also known as underwater panthers, in which the bird cast its eggs, shown as copper foil thunderbolts, down on the spirits. Some of the eggs crashed into the bluffs, causing boulders to tumble down, which the spirits threw back at the thunderbird. The bird ultimately prevailed, according to the story.

Amy Trannel, the school’s new principal, thanked the artist team and others who contributed to the installation in a statement through a district spokesperson Friday.

“It is an honor to have the Tee wakącąk art installation at Jack Young Middle School,” she said. “The Thunderbird symbolizes strength, power, and resilience, and our students and staff will see that when they enter the building each day.”

She said she’s grateful for public art commissions like “Tee Wakącąk” because Little Eagle Arts Foundation hasn’t been able to do the educational programs it typically would due to the COVID-19 pandemic. The middle school installation is LEAF’s second public art commission; its first was “Earth, Sky, Water,” installed on the Great Sauk Trail near the former Badger Army Ammunition Plant.

The artist said she appreciates Sauk County’s efforts to embrace the diversity of its community, such as Baraboo High School Principal Glenn Bildsten telling students about the connection between the thunderbird and the Ho-Chunk people and giving land acknowledgements.

“It really makes me happy because there’s a lot of diversity efforts that are really coming together and helping in terms of building community,” she said, “and art is a great way of building community. With LEAF, Little Eagle Arts Foundation, we love building bridges through the arts. There’s enough walls already that exist, so … I just feel really, really happy.”

Firefighters rescue dog from the edge of a cliff in China

Firefighters rescue dog from the edge of a cliff in China

Baraboo High School students were evacuated to Jack Young Middle School today after a bomb threat was made to the school.

School starts Wednesday in Baraboo with students, school staff 'excited' to be back

Concerts are back at the Al. Ringling Theatre this weekend with shows by the Dylan Doyle Band and Fleetwood Mac tribute band Gold Dust Women.

The Baraboo School Board appointed its newest member Thursday from a field of nine candidates following the resignation of Nancy Thome.

Baraboo High School’s homecoming traditions are back this year, complete with a school assembly and parade Friday and dance Saturday. 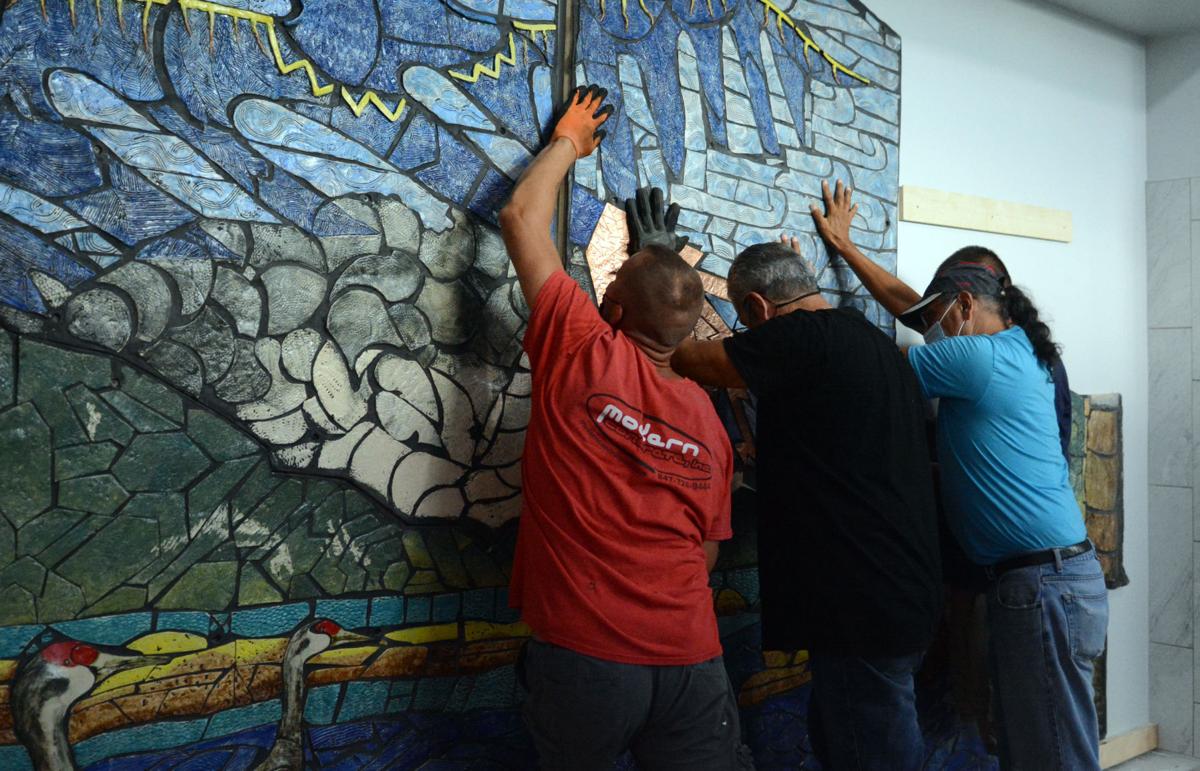 Mural installers, from left, Michael Anderson, artist/master carpenter Felix Sainz Jr. and Lance Tallmadge position a panel Friday on the entryway wall at Jack Young Middle School in Baraboo. Titled “Tee Wakącąk: Spirit Lake,” the art depicts the origin story of Spirit Lake, the Ho-Chunk name for what is known today as Devil’s Lake, as well as other elements of tribal lore and local wildlife. 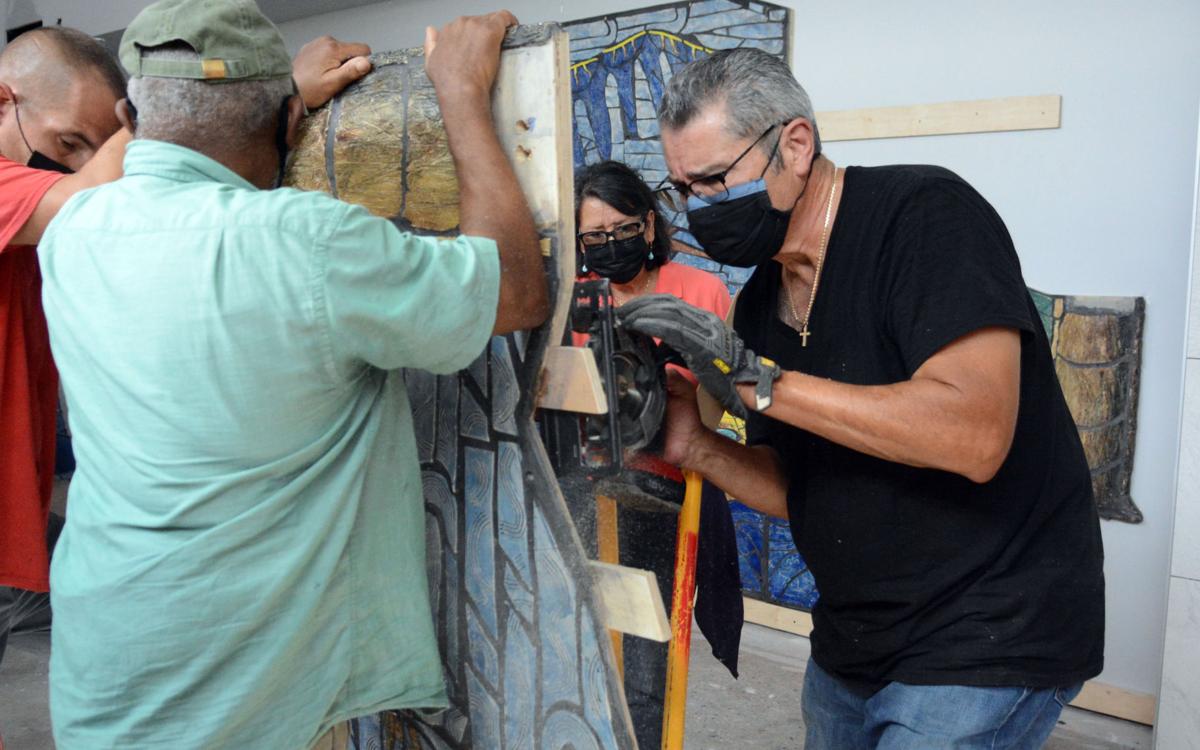 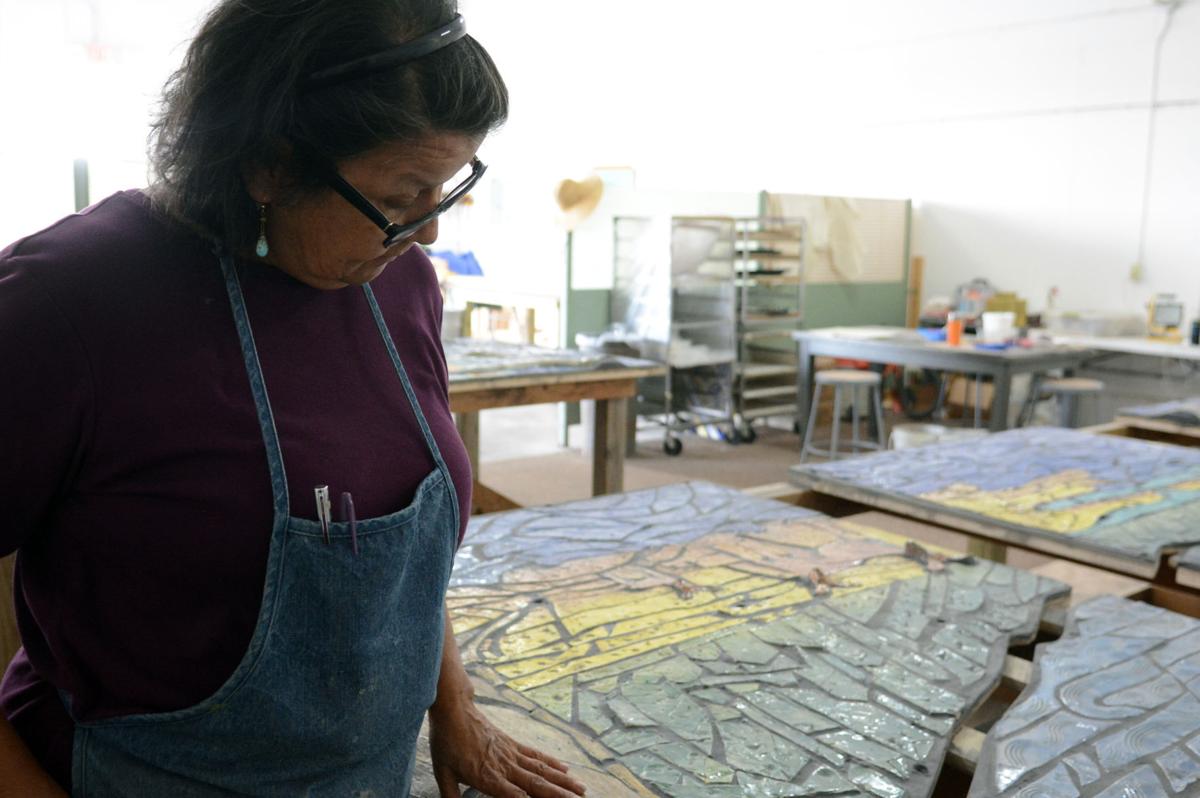 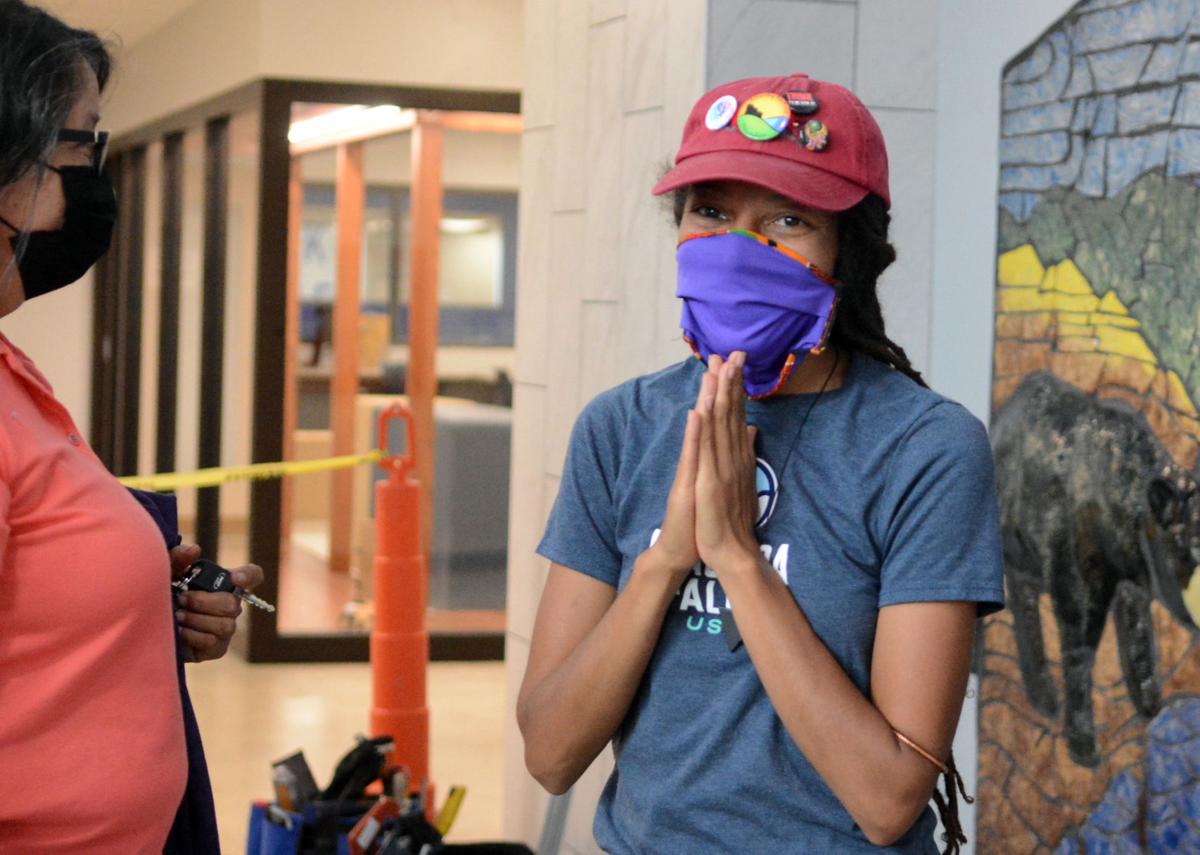