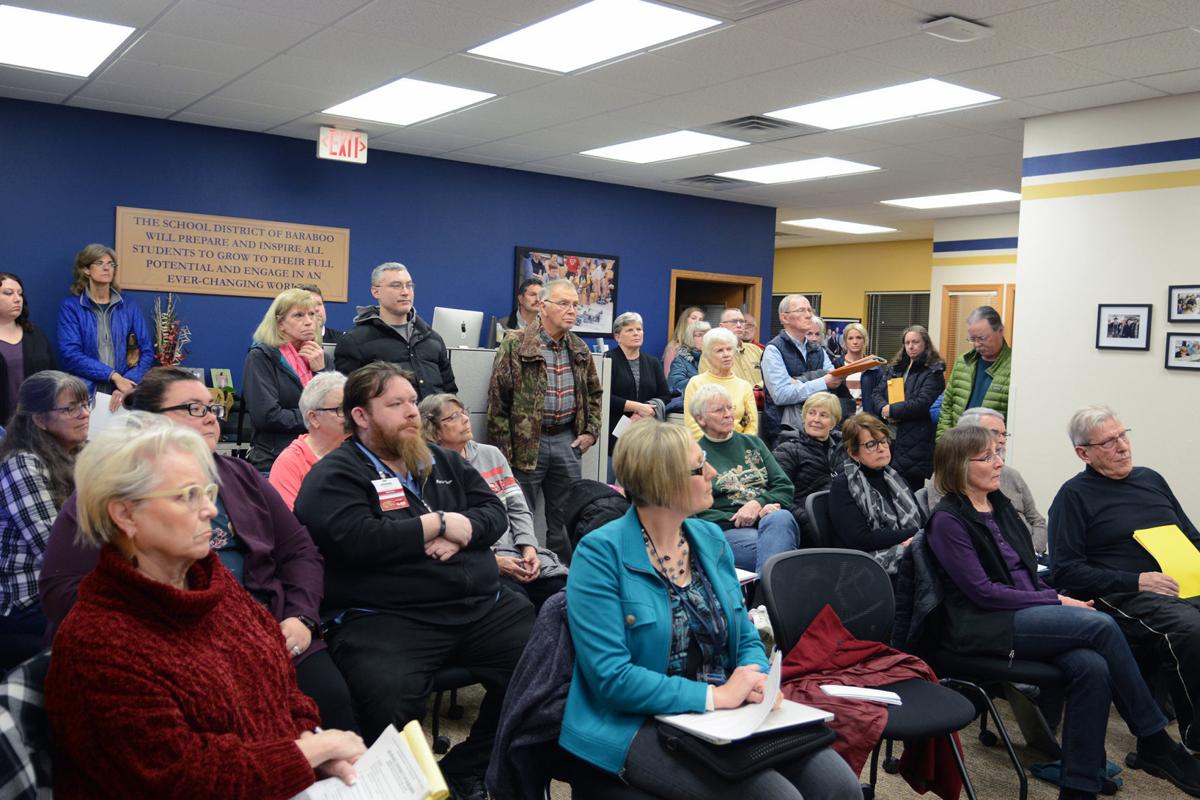 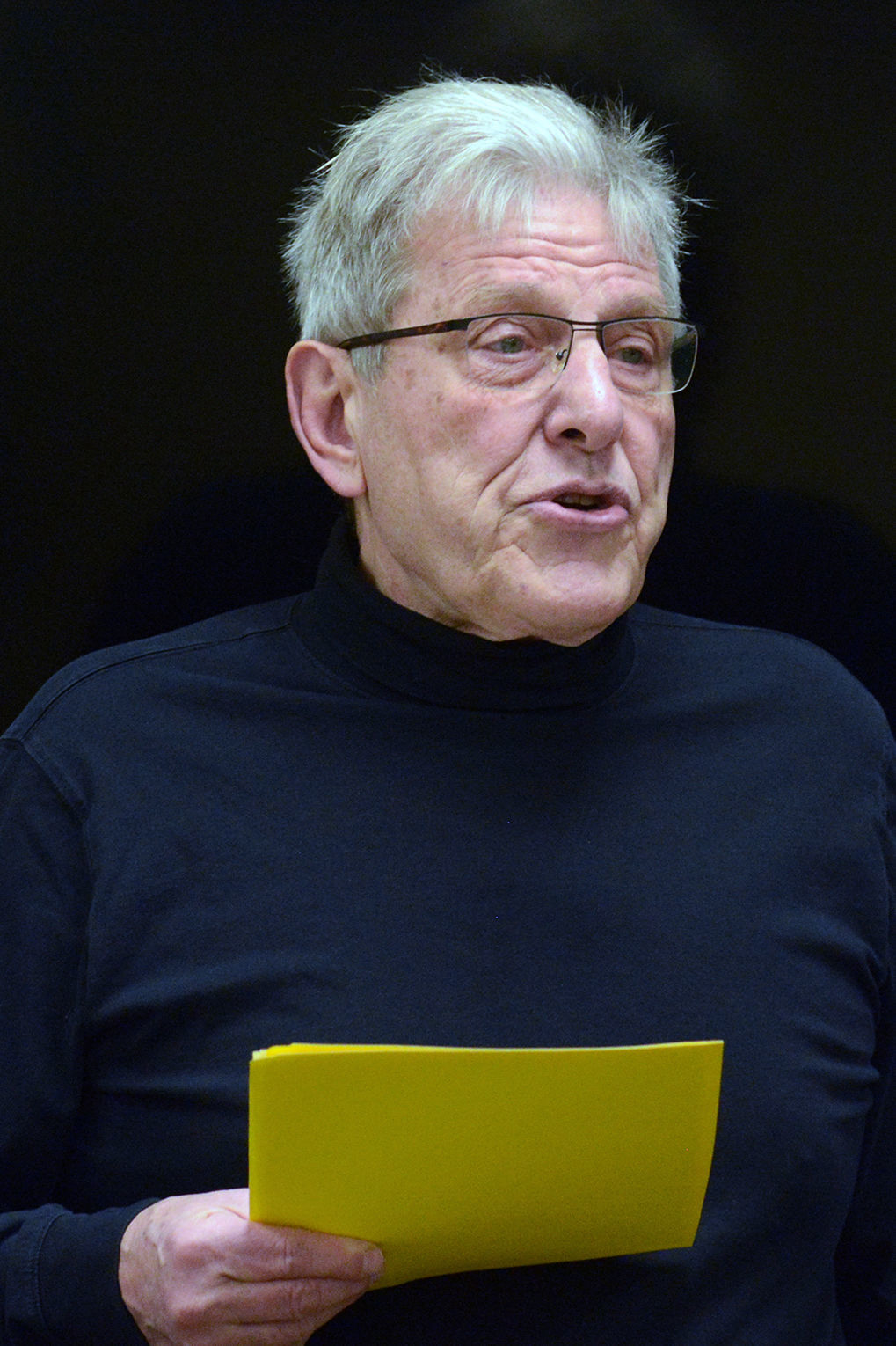 Claude Chatelain, a retired Baraboo teacher, reads a letter to the Baraboo School Board on behalf of a group of retired educators during a board meeting Monday at the district office. 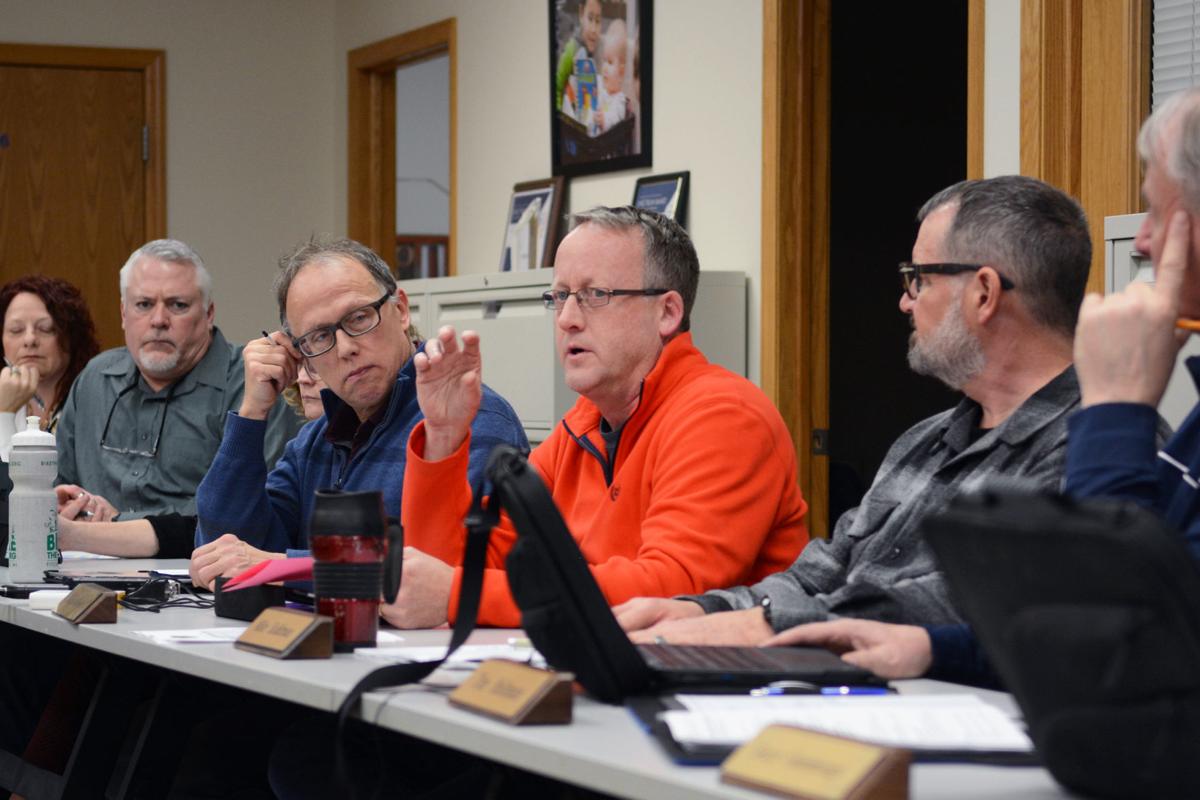 Baraboo School Board member Sean McNevin speaks to the retired Baraboo educators group during a meeting Monday at the district office. 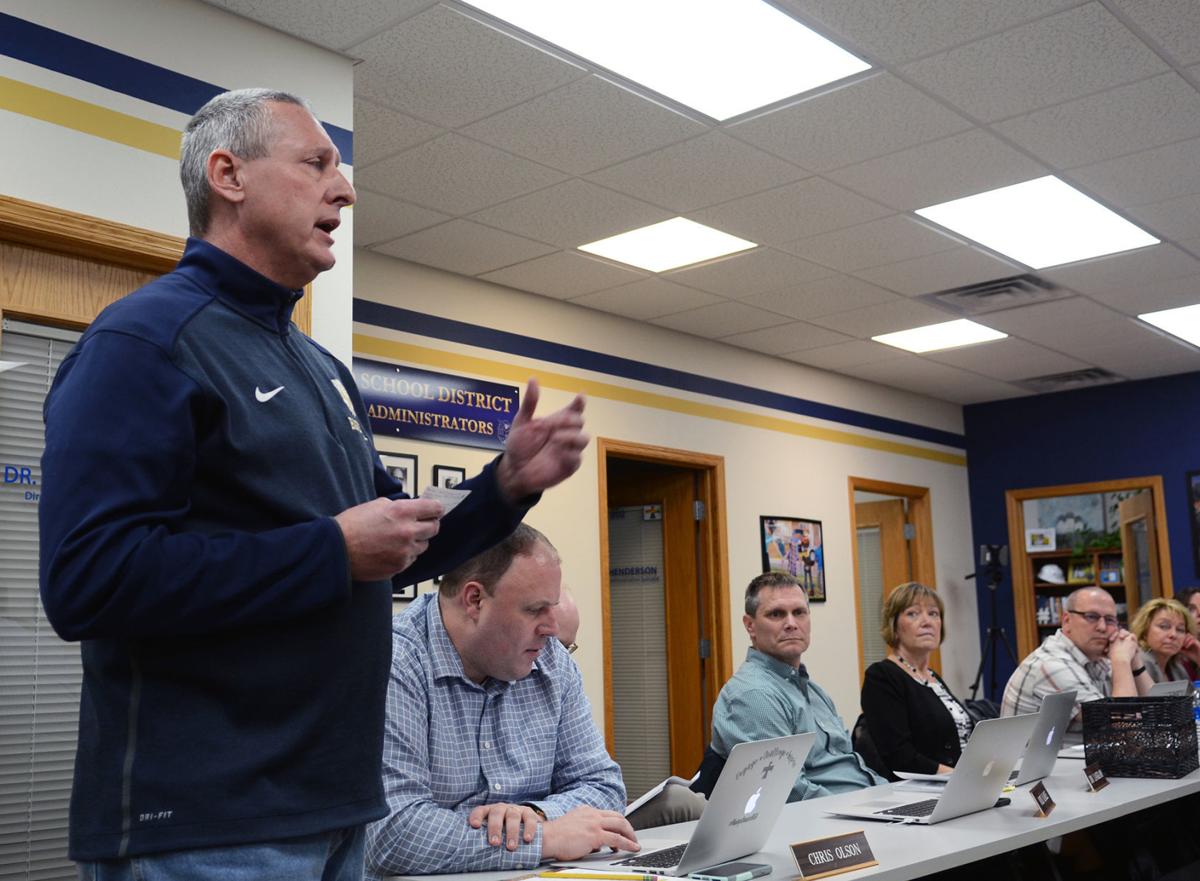 Paul Kujak, a retired Baraboo teacher, makes a statement Monday during a Baraboo School Board meeting at the district office.

Retired Baraboo School District educators extended their second invitation to the school board Monday to meet and discuss staff morale after their first meeting on discipline “proved very enlightening.”

Claude Chatelain, who retired in 2001 after teaching in the district for more than 30 years, read the group’s statement during the public comment period of the board meeting.

“Incidents of declining staff morale within the district over the past few years simply cannot be ignored and are extremely concerning to all us,” Chatelain said. “Teachers need to know, they need to feel that somebody has their back.”

The former educators invited board members to meet with them to discuss the issue, as they did in December on student behavior and discipline. Over the last few weeks, several board members have taken them up on their offer.

At the Jan. 13 board meeting, administrators presented the district’s current efforts on the subject and proposed starting a behavioral task force.

“The dialogue that has begun could eventually lead to positive outcomes in returning us to a highly respected district in the state of Wisconsin,” Chatelain said Monday. “The presentation at the last board meeting showed the commitment of district leadership to improve the discipline procedures in our schools.”

Board member Sean McNevin said he appreciates the group’s participation but asked its members to consider open meetings law.

“It doesn’t work for a governing body to have a private meeting on private property without the press when you solicit a response from a public official,” he said, noting that board members participated in discussions with the group at separate times and thus “probably” didn’t violate the law.

State law requires meetings of governmental bodies, like school boards, to be open to the public if at least half of their members are present and they discuss or make decisions relating to official business. Public notice must be given at least 24 hours in advance. The Baraboo School Board has seven members.

“To move forward in that (private) format suggests to the public that they’re not allowed to come on private property and hear what board members have to say,” McNevin said. “That’s not appropriate, so we’ve got to figure out what that forum is, but the private meetings won’t be doable.”

Chatelain said the former teachers recommend “a neutral third party with a strong educational background” — not a current or recent district employee — lead the task force.

Another member of the group, 2015 retiree Paul Kujak of Baraboo, suggested in a separate public comment that the task force consist of mostly current Baraboo School District teachers — representing each school and chosen by their peers — along with as many school board members as possible and a few retired educators. Kujak is running for a seat on the school board this spring.

Sauk County Board races will top ballot in spring elections

Kujak said the district’s discipline policies have failed both students and teachers and should be re-examined.

“Our teachers feel helpless,” he said, adding that they’re scared to discipline students because of potential consequences the teachers may face for doing so.

Baraboo School District’s Virtual Campus has grown in both enrollment and student success over the last seven years, but some challenges promp…

Claude Chatelain, a retired Baraboo teacher, reads a letter to the Baraboo School Board on behalf of a group of retired educators during a board meeting Monday at the district office.

Baraboo School Board member Sean McNevin speaks to the retired Baraboo educators group during a meeting Monday at the district office.

Paul Kujak, a retired Baraboo teacher, makes a statement Monday during a Baraboo School Board meeting at the district office.