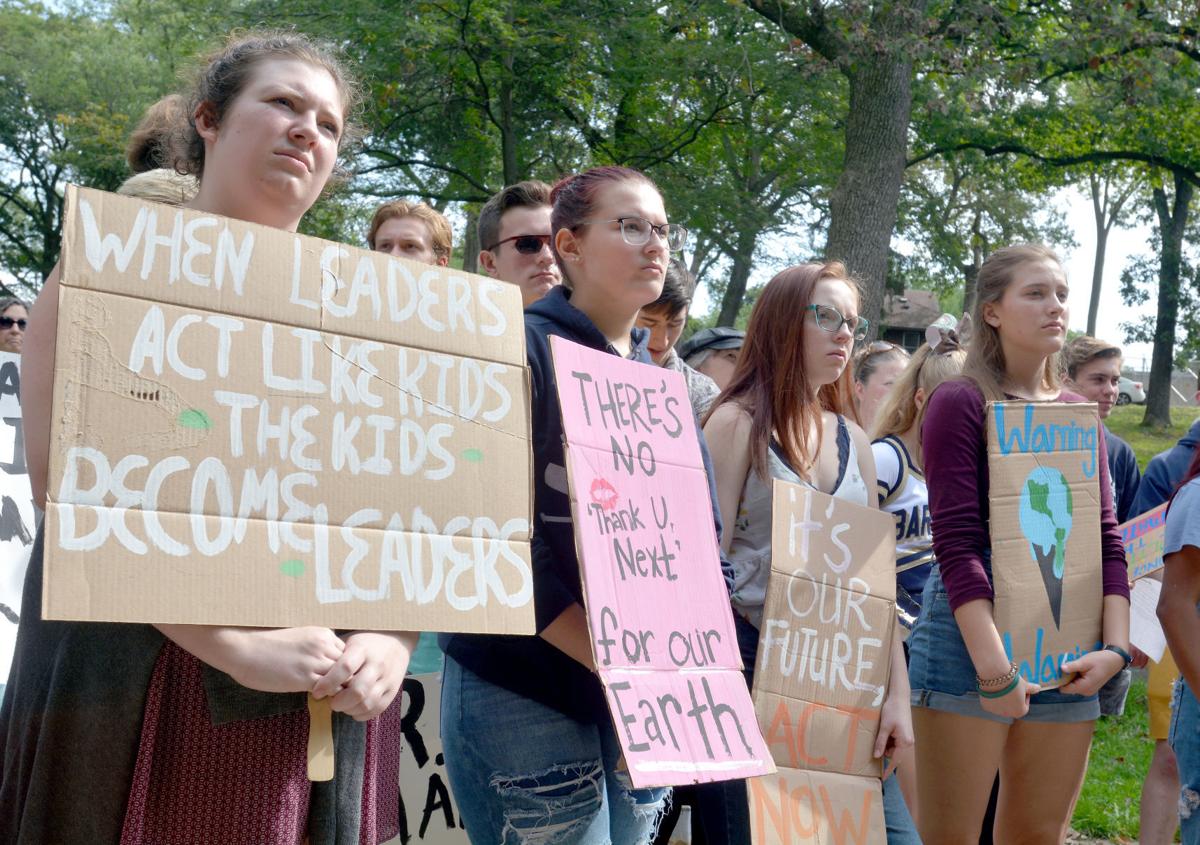 Baraboo High School students walked out of classes at 11 a.m. Sept. 20 and gathered at Ochsner Park as part of a "Global Climate Strike." 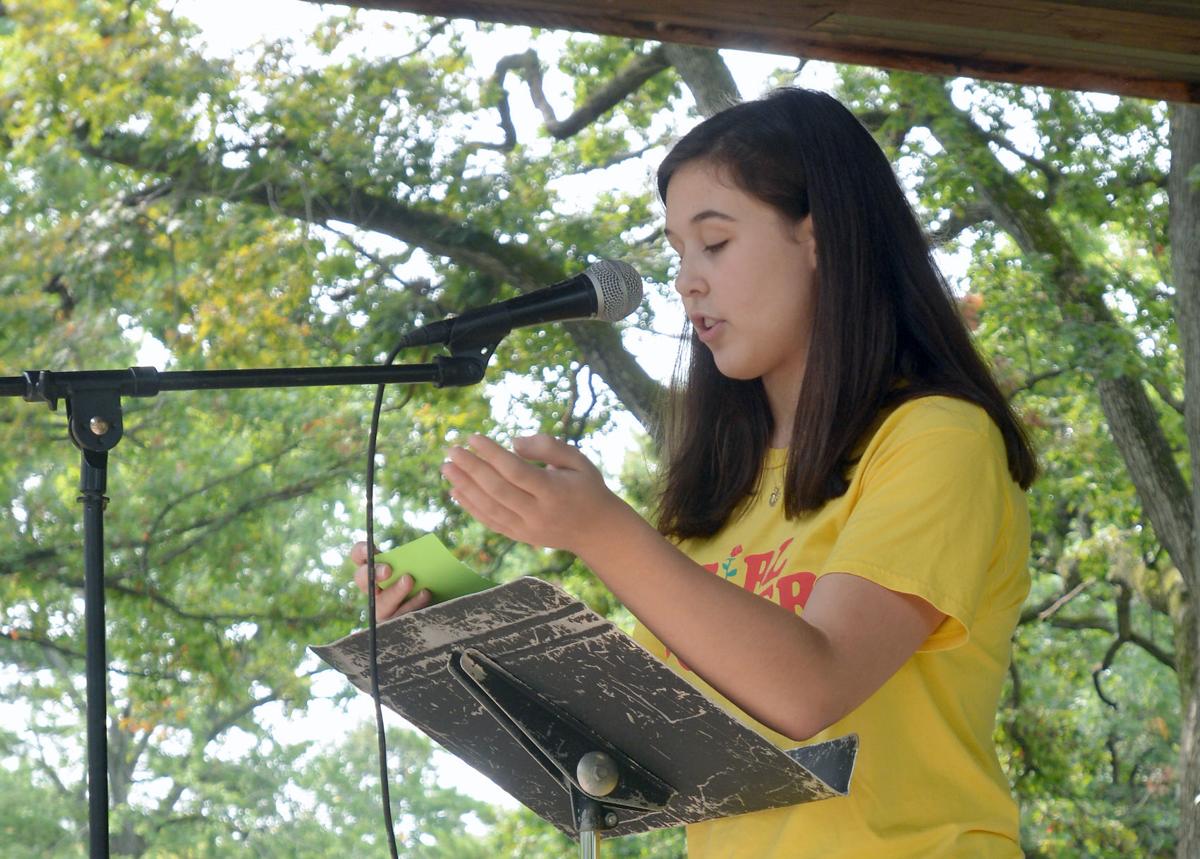 Teagan Londo, a Baraboo High School junior, talks about how much she loves to plan and how climate change may interrupt her future during a climate protest Friday at Ochsner Park. 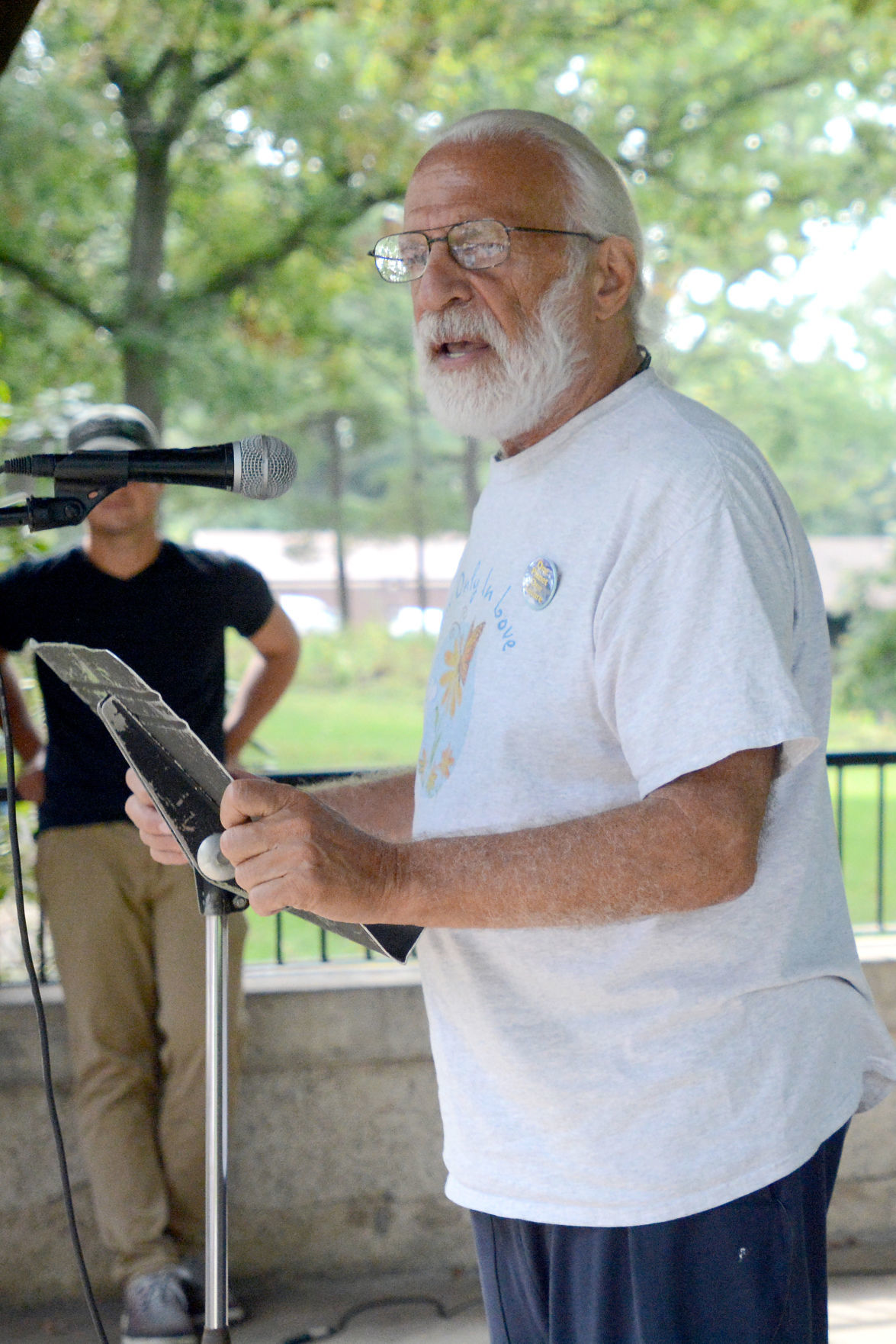 Carl Rosenstock, vice president of peace advocacy group One Heart Inc., talks about the importance of protecting the environment Friday during a rally at Ochsner Park. 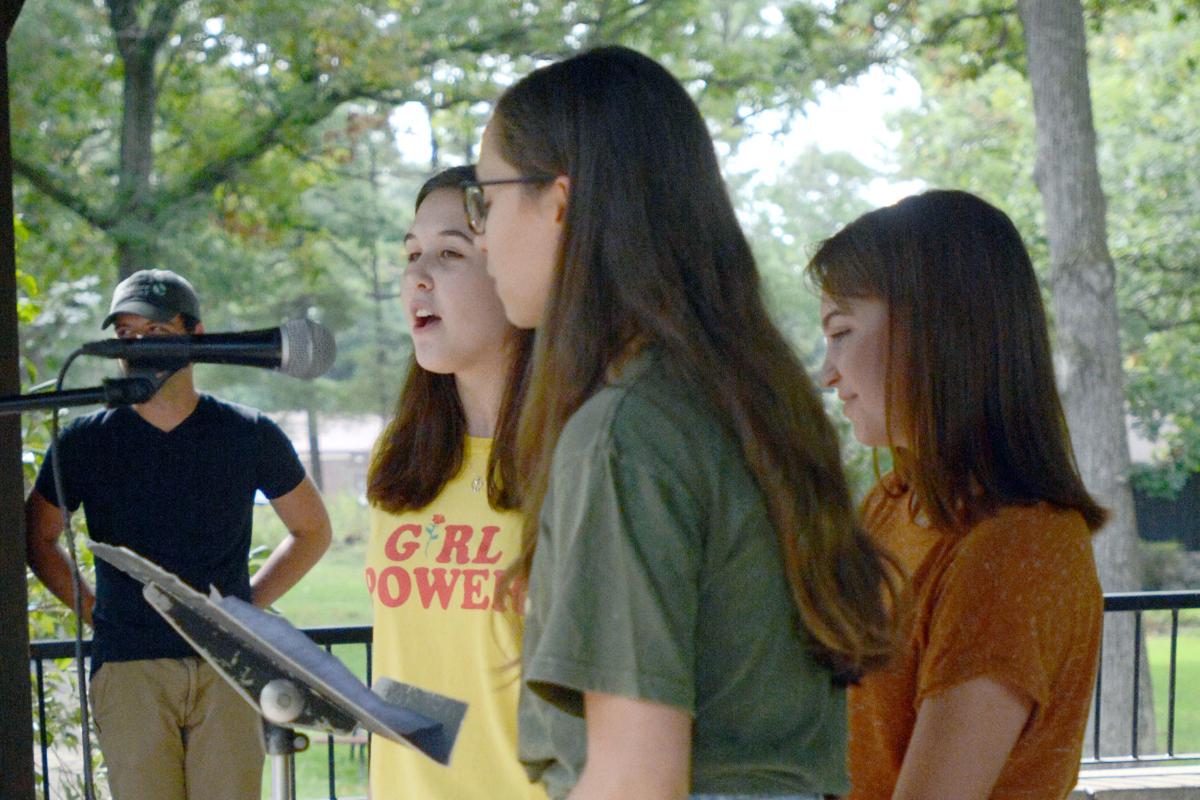 It was a covert mission of sorts.

Baraboo High School senior Jenny Shanks said weeks of planning for a climate strike in solidarity with nationwide protests included more than one discussion with their principal, Glenn Bildsten.

Shanks, the Eco Club president, enlisted the help of fellow senior Maya Shay, president of the high school Democrats. Bildsten told them a note from guardians would allow for a regular excused absence, so missing school was made somewhat easy. Spreading the word was more difficult.

“It was kind of hard because they wouldn’t let us advertise in school at all,” Shay said, specifically mentioning that they couldn’t place fliers in classrooms.

But they used the power of social media to enlighten people about the event, posting on apps such as Instagam and Snapchat.

“And just kind of being loud about it,” Shanks said.

The noise gathered enough attention to draw about 30 students and more than a dozen adults Friday to Ochsner Park for a climate strike as part of a nationwide effort to raise awareness and call for policy changes by lawmakers in the face of rising global temperatures. Large and small cities took part in the climate strike, bolstered by 16-year-old Swedish native Greta Thunberg, who has called for holding politicians accountable for inaction on the issue of climate change.

Baraboo resident Carl Rosenstock spoke in front of the crowd Friday about Thunberg’s ambition and quoted her as crediting her Asperger’s syndrome for her bluntness on the topic. He even played audio of Thunberg calling for change.

But Rosenstock, who is vice president of the peace advocacy group One Heart Inc., also credited Shanks for her work. He said they have grown to be “friends, I think” in their time spent working on conservation.

“I really love what she’s doing and who she is in this work,” Rosenstock said before calling for all attendees to join the school’s Eco Club.

Rosenstock said “whether there are five or 50,” he was glad to see young people motivated to seek change.

In an address to the crowd, he called on young activists to push for environmental protections while noting that advocacy is the healthiest way to deal with frustration about the issue. Rosenstock also took a moment to apologize.

Group members signed up for notifications from nonprofit cable network WisEye to ensure they remain informed on state government topics. Teagan Londo, a junior, led chants of “People, not profits,” “Fossil fuels have got to go” and “What is water? What is life!” as students held up signs calling for action.

Londo also spoke quickly about her fondness for planning.

“I have my future planned out for the next 20 years or so,” Londo said. “My plan for after high school is pretty simple, pretty similar to what a lot of you have, but there’s a problem we are all facing. In less than 11 years, the climate will be beyond repair. We will all have no hope for our future.”

Young activists are the only hope because the majority of people currently in government are “too old and selfish” to care about future generations, Londo added. She called on everyone to vote in future elections.

“We cannot stop fighting until our future is guaranteed,” Londo said.

Editor's note: This article was edited Tuesday to correct the spelling of Teagan Londo's name.

Baraboo students walk out of class to advocate for gun control

Silence fell over a crowd of about 200 students and community members gathered outside Baraboo High School on Wednesday morning.

There were student walkouts at 10 a.m. Wednesday at Beaver Dam High School and Middle School that were part of a national day of protest by st…

They bowed their heads in honor of the dead. They carried signs with messages like “Never again” and “Am I next?” They railed against the Nati…

About 200 students from Sauk Prairie high School and Sauk Prairie Middle School participated in a student-organized walk out March 14, exactly…

With the effects of climate change becoming clearer and hitting close to home, a group of local residents feel now is the time to act.

Baraboo High School students walked out of classes at 11 a.m. Sept. 20 and gathered at Ochsner Park as part of a "Global Climate Strike."

Teagan Londo, a Baraboo High School junior, talks about how much she loves to plan and how climate change may interrupt her future during a climate protest Friday at Ochsner Park.

Carl Rosenstock, vice president of peace advocacy group One Heart Inc., talks about the importance of protecting the environment Friday during a rally at Ochsner Park.