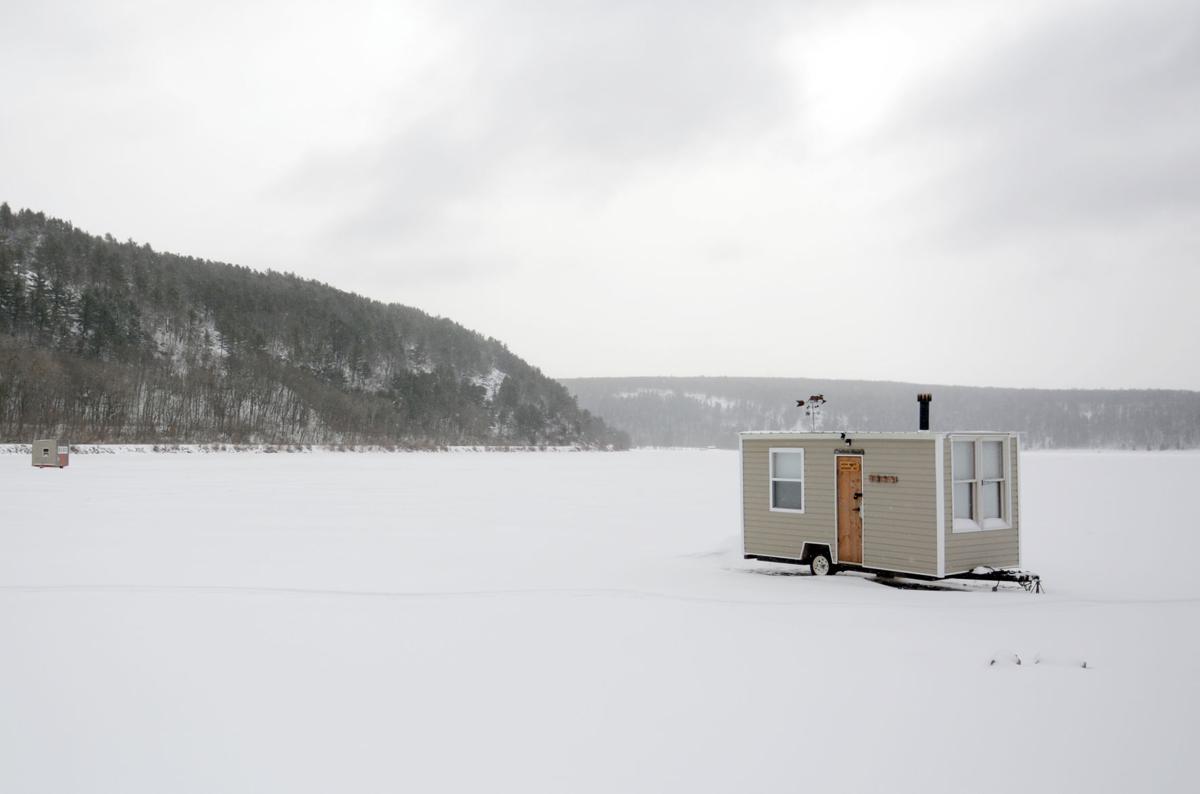 Ice shanties sit on the frozen northern side of Devil's Lake on Jan. 28 at the state park south of Baraboo. Plans for a proposed interpretive center at the park would place the new building to the left of this photo, behind the north shore boat launch. 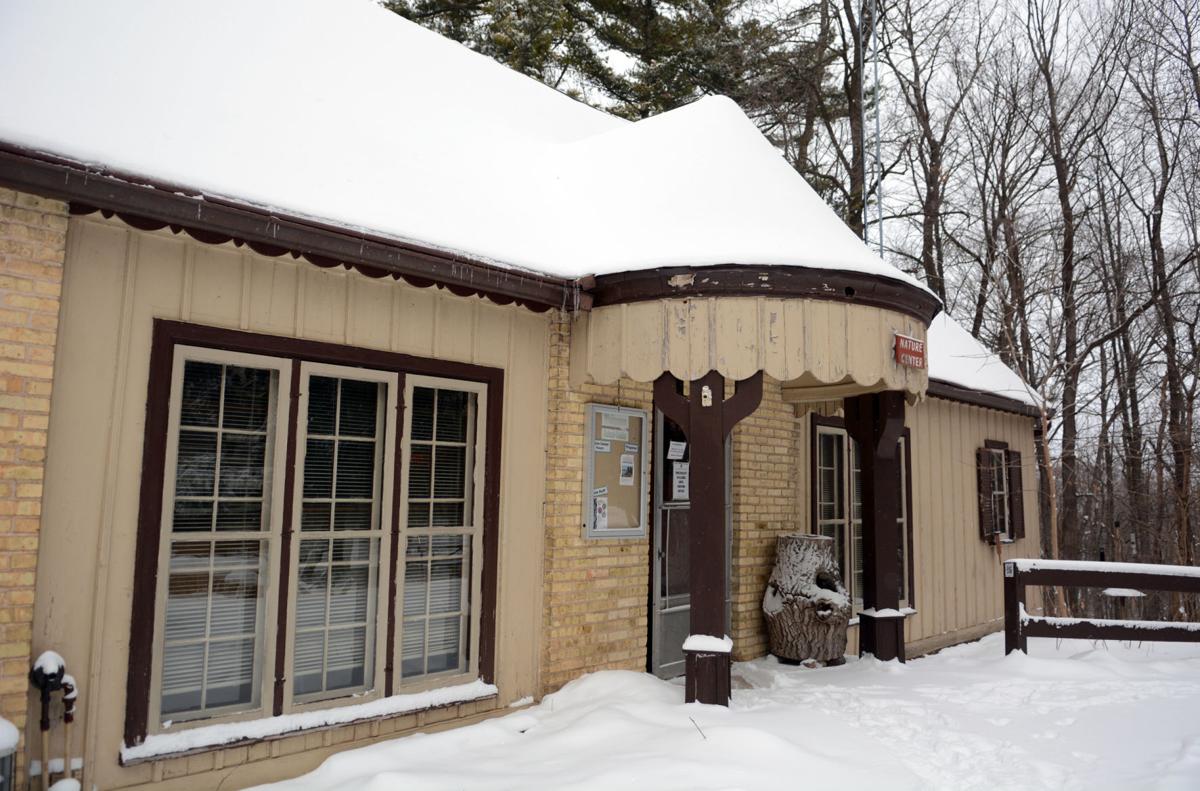 A proposed interpretive center would host school groups and other visitors to Devil's Lake State Park, a function the existing nature center, pictured Jan. 28, struggles to do because of a lack of space. 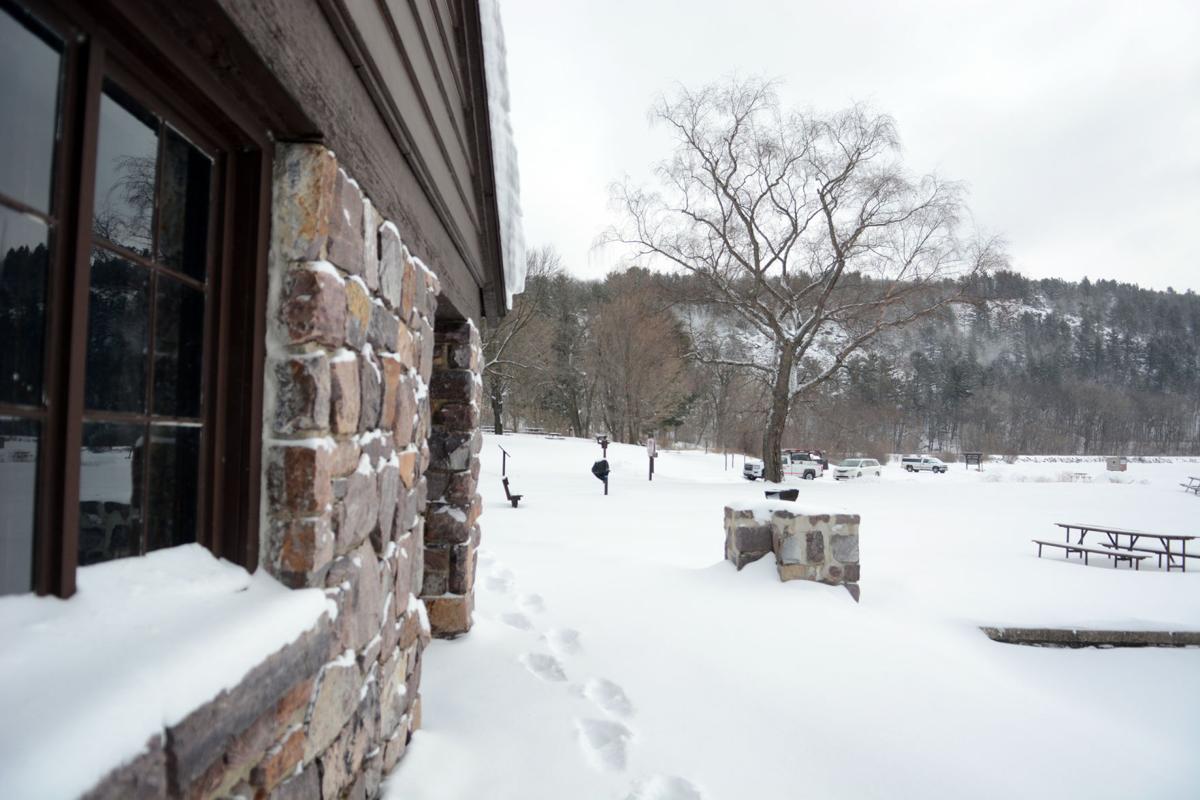 Plans for a proposed interpretive center at Devil's Lake State Park would place a new building on the north shore near the boat launch visible in the distance in this Jan. 28 photo at the existing Rock Elm shelter.

The park’s Friends group, Devil’s Lake Concession Corporation and the Wisconsin Department of Natural Resources have been working on plans to build an interpretive center for more than two years to house exhibits, classrooms, heated bathrooms and perform other functions that currently can’t be met anywhere else at the park. Progress paused in 2020 due to the pandemic, but has picked up once again with a planning and feasibility study currently being conducted by the Baker Street Consulting Group, based in Stevens Point.

Bernadette Greenwood, Friends of Devil’s Lake State Park president, said Monday she expects the study to be finished late this month or early next, at which point results will be presented to the Friends and Concession Corp. boards in April.

“A feasibility study is super important to determine exactly how much money we could potentially raise for the center,” Greenwood said in an interview earlier this year. “Without doing that background work, you may or may not be successful.”

A new interpretive center would allow people who can’t walk the trails or enjoy the park in its current condition due to accessibility issues to visit year-round and learn about the park, she said.

“For me, that’s kind of a huge benefit to having this facility, as well as all the educational and infrastructure” and other uses it would allow, Greenwood said. 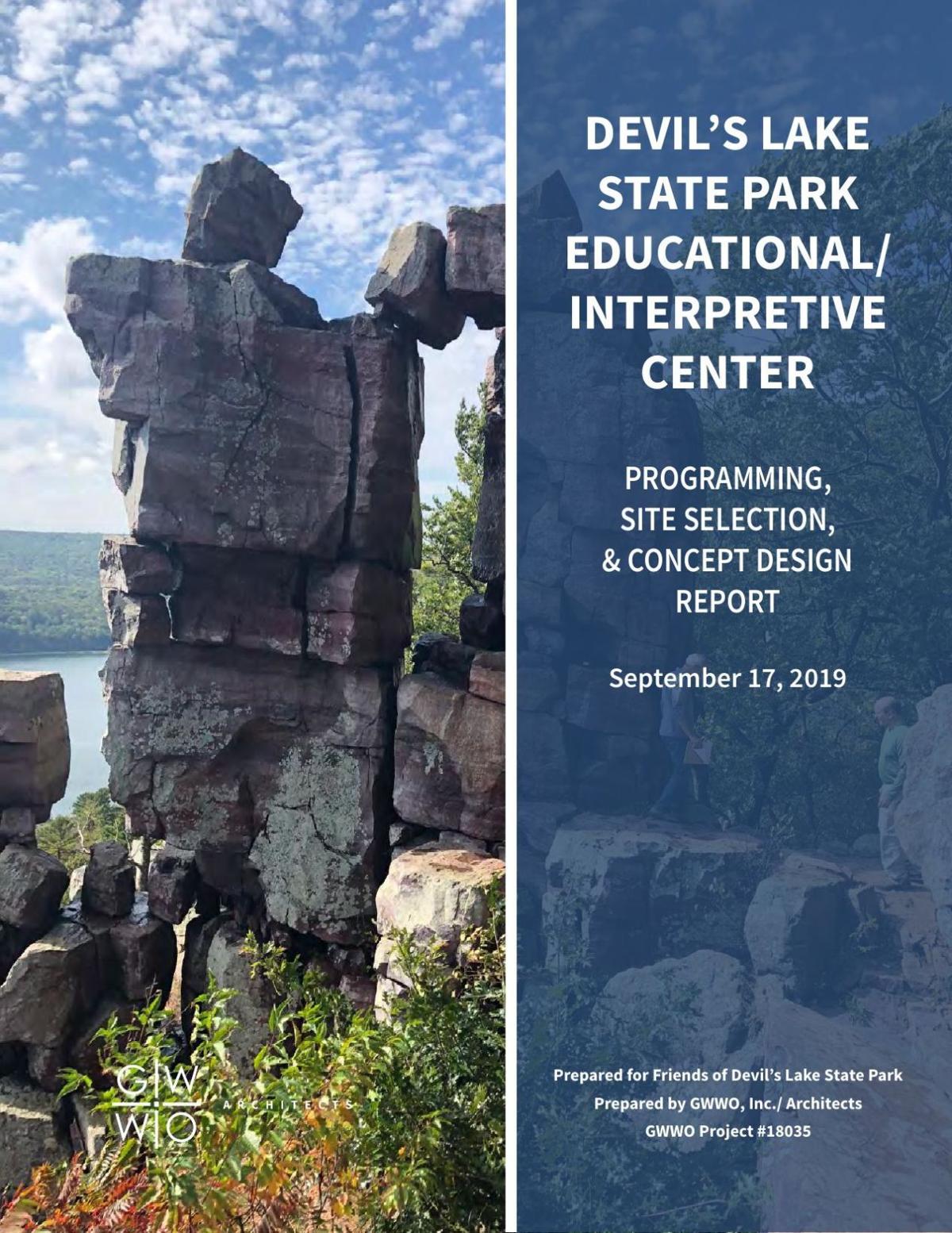 An architecture firm, GWWO Architects, finished an initial study in 2019 to determine the best location for a new center, produce concept designs and estimate probable costs. The results were presented at a public meeting where local residents voiced concerns, including how the DNR would maintain a new facility when park staff already struggle to keep up with use of the existing property.

The Friends are looking to set up an endowment to help fund maintenance costs, in addition to other potential funding sources, Greenwood said.

Estimates place construction costs at about $18 million, but Greenwood noted the plans may be adjusted based on the feasibility study results. Organizers have so far raised about $10,000 in donations for the project and received a $200,000 grant from the Concession Corp. to “jump start everything,” she said. She expects fundraising for the rest of the project to take about three years.

“Nothing is set in stone — no pun intended, but no major decisions have been made yet. I mean, the conceptual design was prepared to show what could be and to see what kind of programming we would want within that,” Greenwood said, emphasizing that even the center’s future location is not decided. GWWO recommended the north shore, one of the park’s busiest areas, as the best site.

Much of the project depends on Devil’s Lake’s new master plan, which is under development. Its current plan, from 1982, includes the suggestion for an interpretive center but is outdated given steep growth in visitation since then.

The final decision on placement will be made through the master planning process and will be open for public comment, according to Jim Carter, park superintendent. GWWO’s study considered the environmental impacts, existing utilities, previous site disturbances and impacts to park users when it evaluated eight potential sites, he noted.

John Pohlman, who is leading the master planning process, said in an email that travel restrictions and other pandemic-related roadblocks slowed progress “on several fronts,” but that a draft master plan should be finished by late fall or winter.

He said the DNR is “developing techniques to gather public input without in-person meetings.” Future opportunities for public comment remain uncertain, although there have been some already.

“We’ve taken a ton of comments from the public,” Greenwood said, adding that people can still submit comments at devilslakecenter.com, all of which are being documented and will be considered.

The DNR, Friends group, Concession Corp. “and potentially other key stakeholders” will collectively decide the final building design, Carter said in an email.

Baker Street was chosen to conduct the feasibility study out of 16 consulting firms because of its experience on other successful studies and capital campaigns for nonprofit organizations throughout the Midwest, according to a Friends news release.

Almost a year after the Wisconsin Department of Natural Resources closed two popular state natural areas near Baraboo, it quietly reopened the…

The town of Merrimac is “fed up” with the U.S. Army’s inaction toward toxic environmental contamination at the nearby former ammunition factor…

The West Baraboo Village Forest is open for hikers, with newly accessible trails and towering red pines, as the village seeks public input on …

Ice shanties sit on the frozen northern side of Devil's Lake on Jan. 28 at the state park south of Baraboo. Plans for a proposed interpretive center at the park would place the new building to the left of this photo, behind the north shore boat launch.

A proposed interpretive center would host school groups and other visitors to Devil's Lake State Park, a function the existing nature center, pictured Jan. 28, struggles to do because of a lack of space.

Plans for a proposed interpretive center at Devil's Lake State Park would place a new building on the north shore near the boat launch visible in the distance in this Jan. 28 photo at the existing Rock Elm shelter.