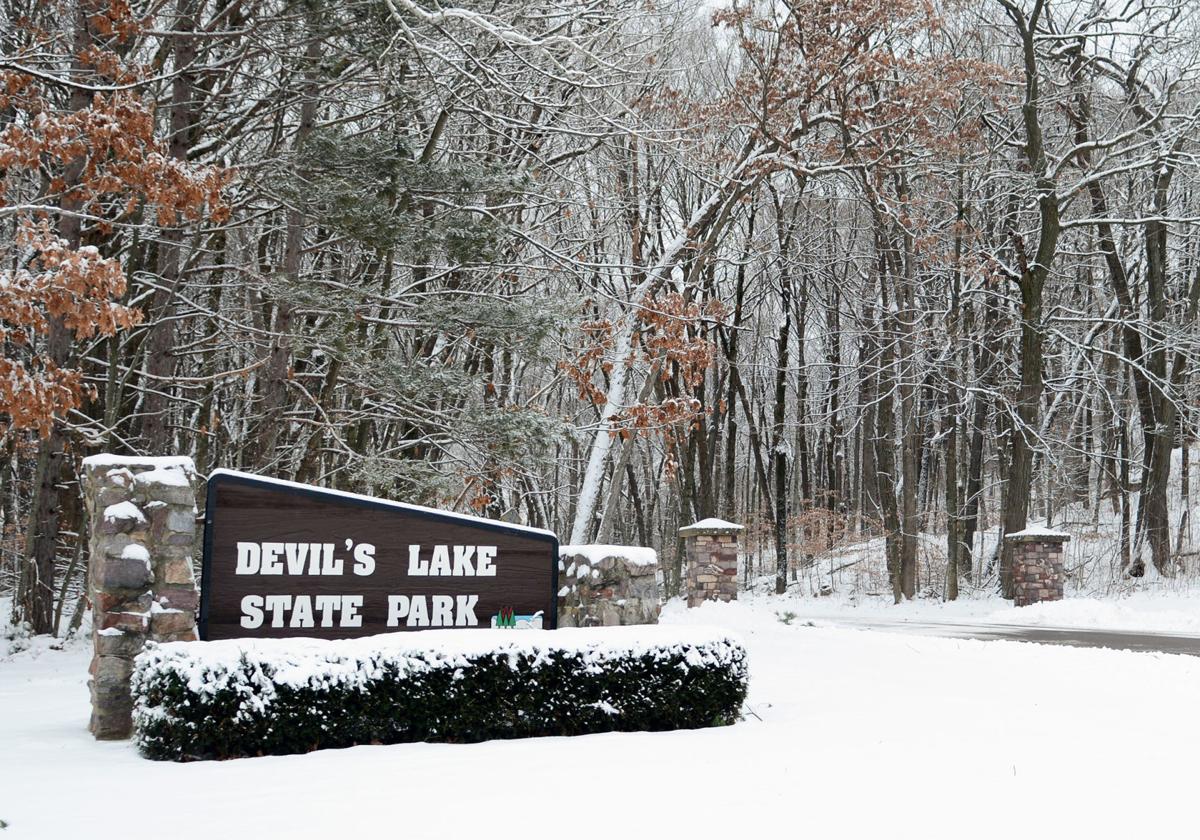 The Friends of Devil's Lake State Park are seeking a fundraising consultant to help with efforts to build a new interpretive center at the park. 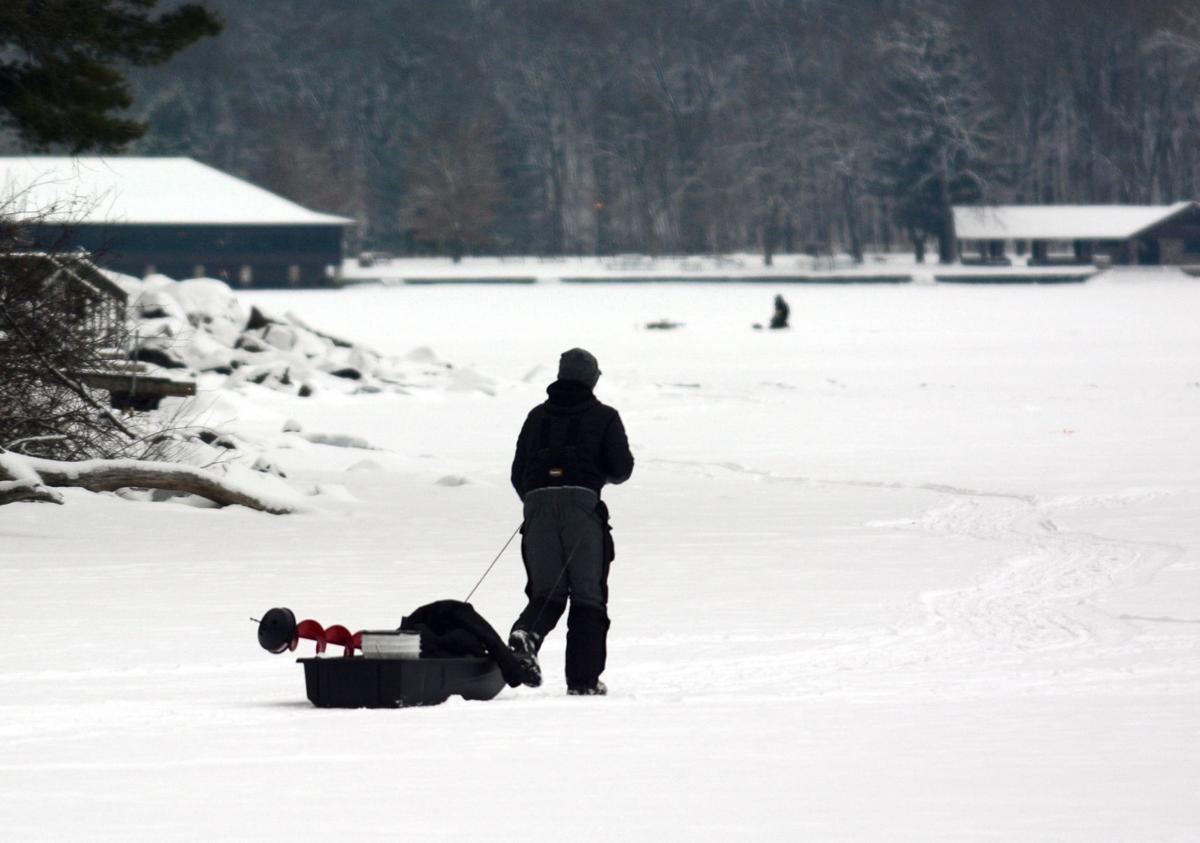 An ice fisherman walks onto the lake Monday morning at Devil's Lake State Park near Baraboo. 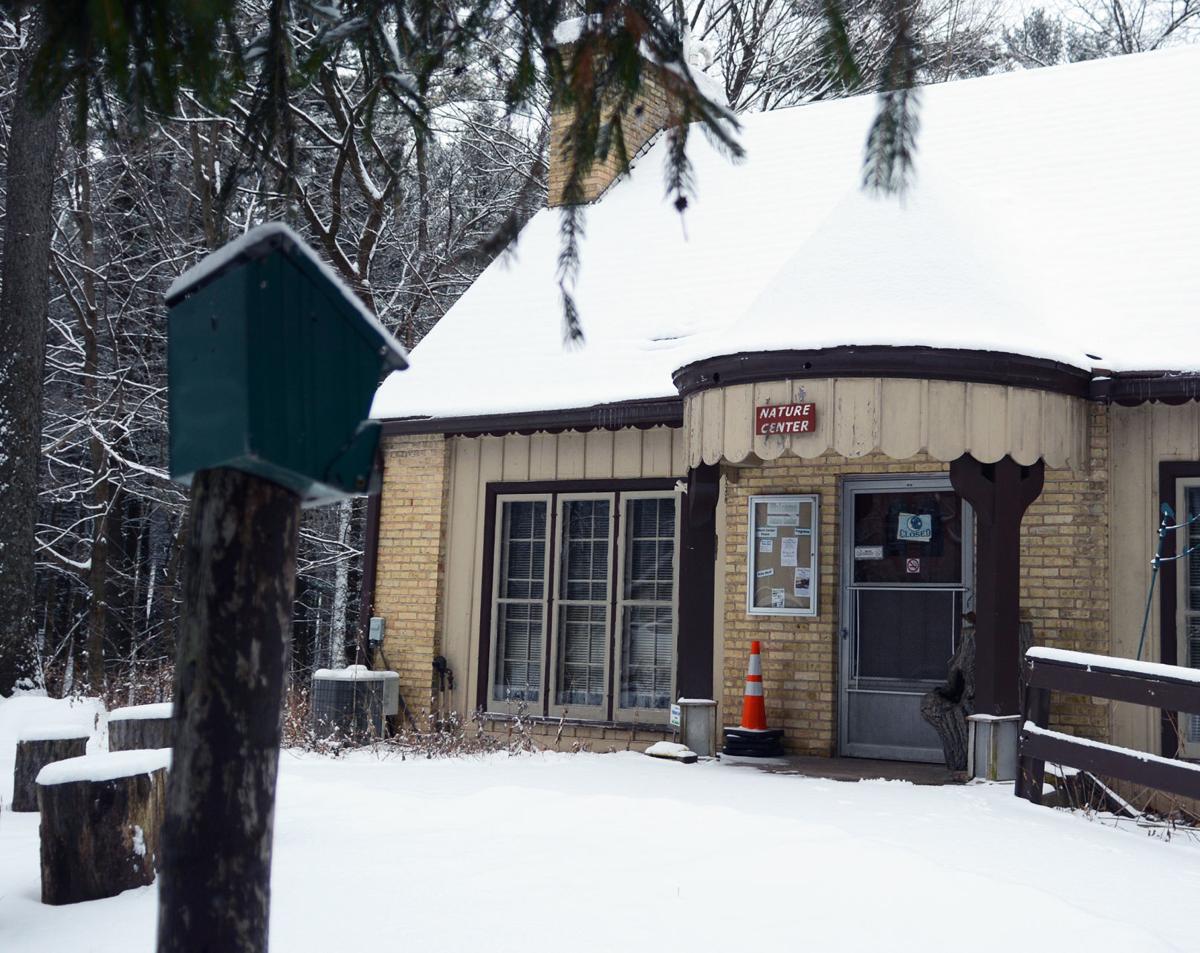 The Friends of Devil's Lake State Park are seeking a fundraising consultant to help with efforts to build a new interpretive center at the park, which would take over the educational functions currently being served at the Nature Center, pictured Monday morning.

The Friends of Devil’s Lake State Park are seeking a fundraising consultant to manage the $18 million campaign for a possible new educational building at the park, their first step forward on the project since unveiling concept designs at a public meeting in April.

Nothing on the possible interpretive center has been decided, said Friends President Bernadette Greenwood. Last year, GWWO Architects and their design partners, contracted by the Friends group, developed possible designs and selected a site for a new building.

“Obviously, there will be changes going forward,” Greenwood said. “The conceptual design is just a rendition of what could be. It’s not what’s going to be.”

She said the nonprofit organization, which fundraises for the park and helps with other projects, sent a request for fundraising consultant proposals earlier this month to 15 potential firms, three of which have indicated they plan to make a proposal.

According to the request, the selected consultant will be expected to raise $18 million, covering construction and an endowment, plus an additional amount to cover the consultant’s fee. Greenwood said the estimated cost includes contingencies, expected inflation and a couple of years’ of the building’s operational costs.

Meant to educate visitors on geological, cultural and historical aspects of the park, as well as serve as an introduction to the rest of the Wisconsin State Park System, the interpretive center would likely include exhibits, outdoor classrooms and interpretation space, a cafe, gift shop and offices for park staff, according to the request for proposals.

Questions on the request will be accepted until Jan. 20; submissions are due Feb. 14. A committee comprised of the Friends group, Devil’s Lake Concessions Corporation and the Wisconsin Department of Natural Resources will choose finalists, who will present their proposals to the committee in March, according to the document’s timeline. A consultant will be chosen by April.

Greenwood said a feasibility study also will have to be completed during the planning process to determine if the project can be done and who potential donors may be.

At the April meeting, Park Superintendent Steve Schmelzer said nothing on the interpretive center project will be finalized until after the DNR has completed a new master plan for the park. Its current plan, from 1982, includes the suggestion for an interpretive center.

To develop an updated plan, park staff surveyed users and took a biotic inventory last year. The master planning process kicks off this year and is expected to wrap up in early 2021.

GWWO released a report last week on its programming, site selection and concept design for the project, which provides a framework for the fundraising campaign.

Since April, members of the public have been able to provide feedback through an online survey, which is still open. Roughly 55 responses are included in GWWO’s report. No submissions were omitted, according to Greenwood.

She said she was “pleasantly surprised” by the responses.

“When I was reading through them, it wasn’t a bunch of angry people saying we shouldn’t have an interpretive center,” she said. “It was very constructive and very thoughtful.”

Members of the public expressed concern in April, several questioning whether Devil’s Lake was the best place for a large building and others objecting to adding infrastructure when the park already struggles with congestion and overuse.

Many survey respondents indicated that the potential building’s impact on natural resources is one of the most important factors for choosing a site.

Planners identified eight potential locations for the building, four of which were dismissed early in the process for various reasons. The remaining four — north shore, Prospect Point, Roznos Meadow and south shore — were evaluated on factors such as ease of construction, access to recreational opportunities, crowd dispersal during the busy season, financial impact, effect on natural resources and potential educational opportunities.

The design team chose the north shore as the site with the most advantages and then identified three possible locations there, all near the lake and east of existing buildings.

According to the report, the building would be about 23,800 square feet and would cost an estimated $13.4 million as of June. With inflation, the probable cost would be about $15.9 million.

The report includes an estimated project schedule from the DNR, showing fundraising through June 2022, bidding on the project from January 2023 to June of that year and construction from June 2023 to December 2024.

Concept designs can also be seen in the report.

Trees along South and North Shore roads running through Devil’s Lake State Park have been marked for removal for a town of Baraboo road project.

Sauk County will expend the final amounts set aside for “place making” on three projects approved at the end of October.

Visitors to the south shore at Devil’s Lake State Park may not immediately notice the new doors and windows on one of the park shelters, but a…

Last-minute camping just became easier at 15 state parks, including Devil’s Lake and Mirror Lake, thanks to a pilot program that allows same-d…

Only a smattering of visitors could be found Monday afternoon on the north shore of Wisconsin’s most visited state park, with a family of five…

The Friends of Devil's Lake State Park are seeking a fundraising consultant to help with efforts to build a new interpretive center at the park.

An ice fisherman walks onto the lake Monday morning at Devil's Lake State Park near Baraboo.

The Friends of Devil's Lake State Park are seeking a fundraising consultant to help with efforts to build a new interpretive center at the park, which would take over the educational functions currently being served at the Nature Center, pictured Monday morning.