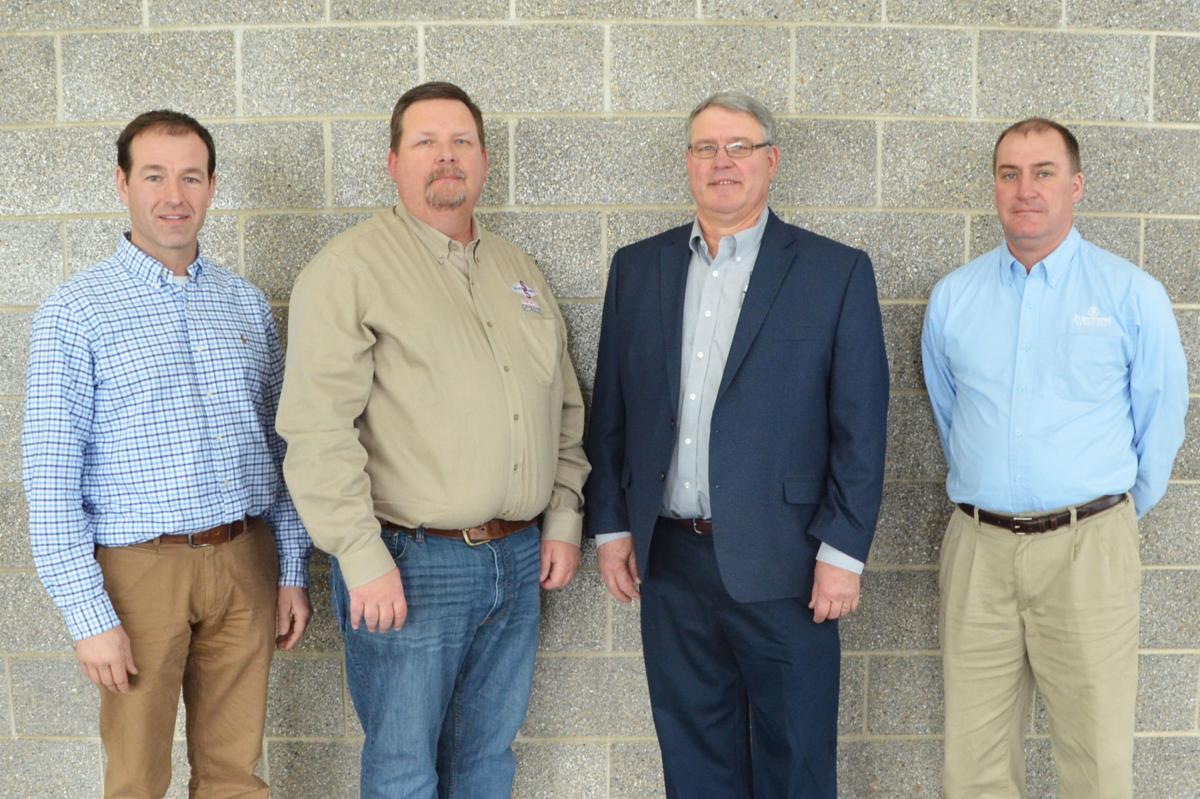 Dan Belk of Foremost Farms, right, stands with other World Dairy Expo directors in 2018. A letter recently written to contracted farmers throughout Wisconsin asking them to consider dumping milk tells farmers to contact Belk with questions. 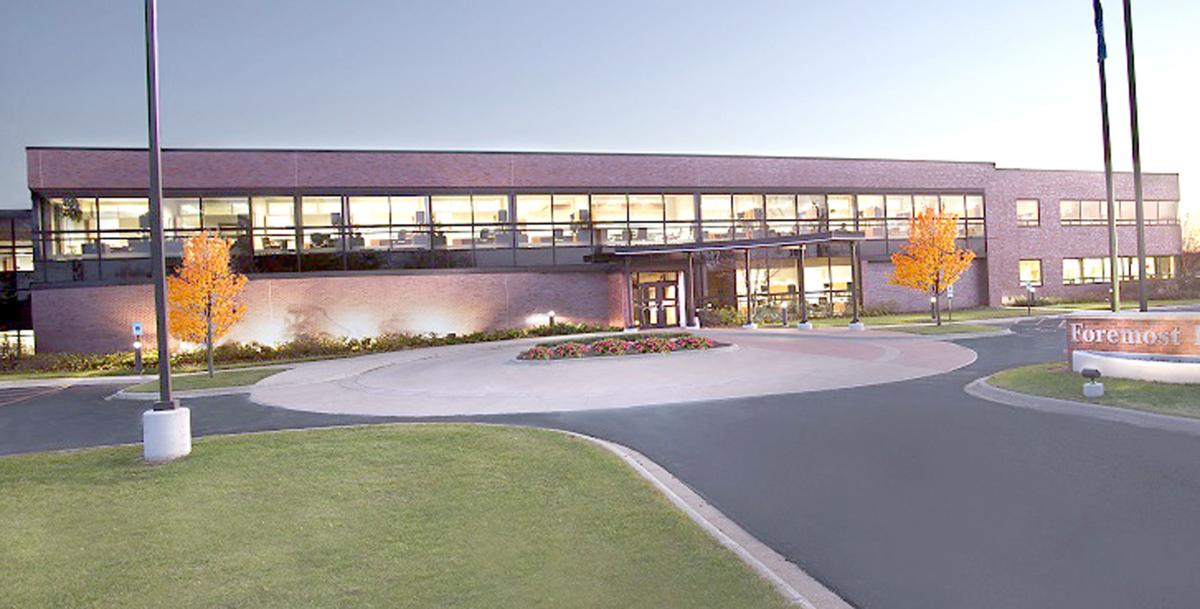 Foremost Farms USA, a dairy cooperative with headquarters in Baraboo, recently sent a letter to dairy farmers asking its 1,099 members to voluntarily reduce their milk supply, citing concerns over the market during a pandemic caused by COVID-19.

Dairy farmers throughout Wisconsin who are members of Foremost Farms of Baraboo received a letter around March 20 from the milk processing company asking them “to voluntarily reduce your milk production to the best of your ability.”

Director of Communications Syd Lindner wrote in an email Thursday that the company understands “the frustration farmers and others feel during this unprecedented time.”

“We have asked our members to manage their milk production due to the current market uncertainty,” Lindner wrote. “We are working with our members on a plan that best works for their individual business.”

The market uncertainty is being caused by the novel coronavirus, according to the letter.

“Due to the extreme nature of the coronavirus situation and the impact on the economy, we believe the ability to pick up and process your milk could be compromised,” states the letter signed by CEO Greg Schlafer and Board Chairman David Scheevel.

The letter tells members “now is the time to consider a little extra culling of your herds, or drying off some cows early,” and “to be prepared for scenarios that would require our members to dump milk on member farms, ship milk to digestors, or dispose of in some other manner.”

Lindner did not say why the company has concerns over its ability to pick up or process milk, but the letter says Foremost is preparing for reductions in employees at Foremost plants and in their customers’ processing plants.

Dan Benish has been a farmer for decades. He still serves as a partner running Aspirin Acres along Highway V near Lodi. His multi-generational farm, which currently milks about 380 cows three times a day, contracts with Foremost Farms.

Benish read the letter, which also references “follow up” with field representatives. Talking to someone directly helped him better understand what Foremost means to do.

“To me, it’s more or less precautionary,” Benish said. “Having gotten some clarification, it’s like everybody else, it’s pre-planning. If you’re not thinking ahead, you’re behind.”

Benish said in talks with his field representative, he understands it’s a possibility, not a directive to dump milk on their land just yet.

In conversations with the representative, Benish said he knows that as long as plant employees are healthy they can process the milk. But if companies they serve can’t purchase it, they won’t be able to take members’ milk. Benish, who runs the farm along with his brother and a nephew, said Aspirin Acres’ milk has been insured at 50% because of financial concerns he’s had for the last year in a struggling dairy market that saw more than 800 Wisconsin farms shut down in 2019.

“Having talked with the field man, I feel much more confident,” Benish said, adding that “things could change.”

Other members who received the letter said they thought COVID-19 may be an excuse for the company to cut costs after struggling in a tough market. Foremost Farms sold a plant in Rothschild (near Wausau) and cut 110 employees in March 2018, according to a release from the Wisconsin Department of Workforce Development.

“Our biggest concern is that we may not get paid for our product because they are so far in the hole,” the co-owners wrote. “We believe Foremost Farms is using the COVID-19 as a scapegoat for their financial problems.”

If it is an excuse, it’s a good one, Benish said.

“It’s not like it’s not out there,” he said, referencing a son in New York currently recovering from the coronavirus.

Two other of his children recently lost their jobs because of the financial effect of state-mandated business closures.

Lindner did not provide a response to the claims that the company may be looking to regain revenue with COVID-19 as an excuse.

“The success of our member owners is critical to us,” she wrote in the email. “We operate in their best interest. Everything we do is to ensure the short and long term success of the cooperative. Farmers and the dairy industry have faced many challenges over the past few years. Our cooperative is no exception.”

Area Bars, restaurants unsure of next steps after closure

Restaurants and bars remain unsure of the next steps after Gov. Tony Evers ordered a statewide ban on all gatherings of more than 10 people an…

Sauk County officials are concerned about the impact COVID-19 closures will have on their 2020 budgeted sales tax revenue, after waterparks in…

Laura Walczak, president of SSM Health St. Clare Hospital-Baraboo, said the goal of the hospital is to prevent the spread of the novel coronav…

Sauk and Columbia counties have declared a state of emergency amid growing COVID-19 concern and mitigation efforts.

Dairy farmers have had it rough the past couple of years with low milk prices contributing to decreasing milk checks. With restaurants and sch…

With the help of some key donors, four FFA chapters in Columbia County are joining together in an effort to ease the hardship Wisconsin dairy …

Dan Belk of Foremost Farms, right, stands with other World Dairy Expo directors in 2018. A letter recently written to contracted farmers throughout Wisconsin asking them to consider dumping milk tells farmers to contact Belk with questions.

Foremost Farms USA, a dairy cooperative with headquarters in Baraboo, recently sent a letter to dairy farmers asking its 1,099 members to voluntarily reduce their milk supply, citing concerns over the market during a pandemic caused by COVID-19.