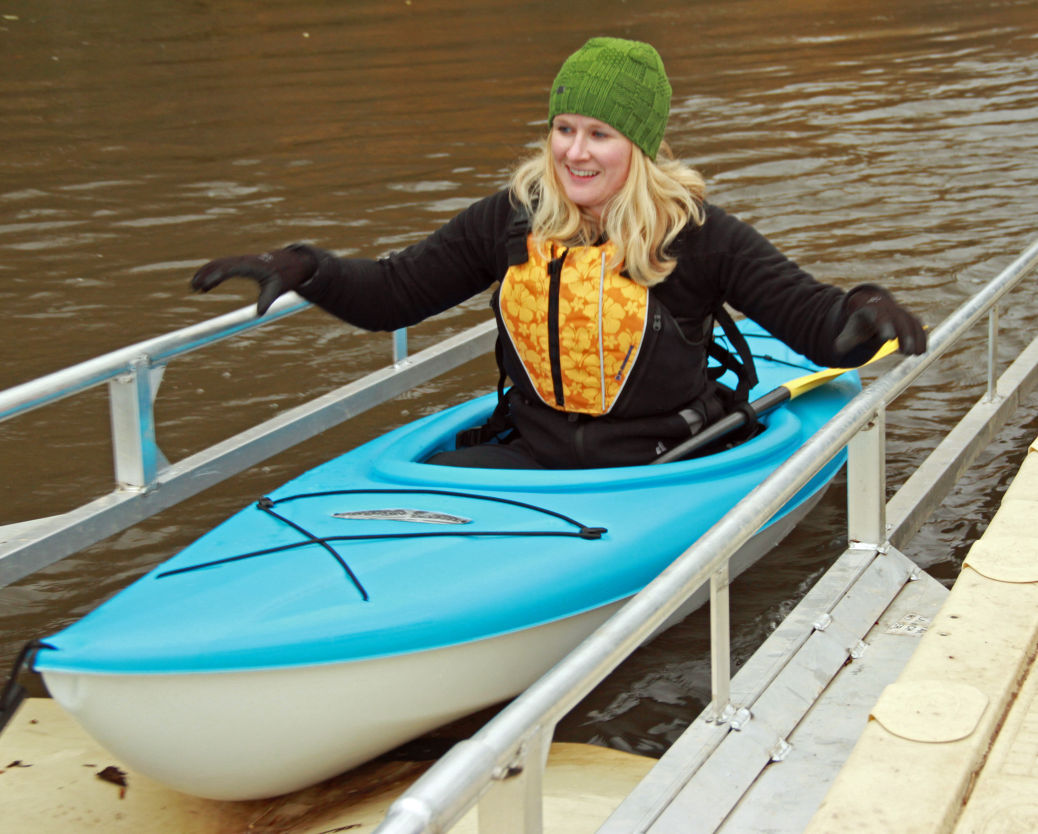 Raine Gardner of MSA Professional Services demonstrates how to bring a kayak back into the handicap-accessible launch at Haskins Park in 2015. MSA helped West Baraboo get a grant for the launch and other park improvements. 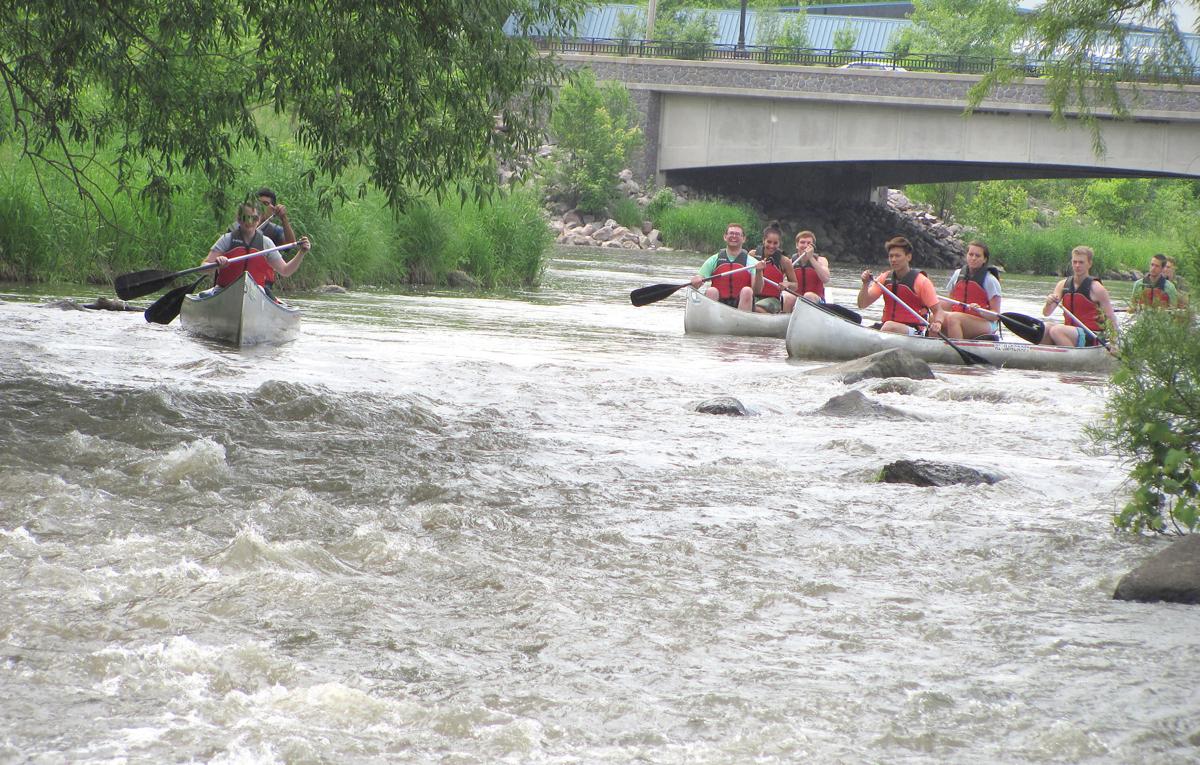 A group of canoeists prepares to enter a fast-moving portion of the Baraboo River between Broadway and Ash streets often referred to as the Baraboo Rapids in this June 2013 file photo.

Once the Baraboo River’s amenities and access are improved, a new booster group says, visitor traffic will flow.

Friends of the Baraboo River formed in November to promote and enhance the river corridor. It also will help coordinate fundraising efforts that require cooperation among several municipalities and user groups. The group’s board of directors recently created a Facebook page, and has big plans for the longest undammed river in the U.S.

“We think we’re going to be able to make some pretty significant improvements to the river that are going to get people pretty excited,” said group member Fred Lochner.

The Friends group formed after local municipalities created a plan for upgrading the river corridor in hopes of winning a state grant. Other communities have joined in efforts to promote and enhance the river, and grants totaling $800,000 have been approved, with more applications planned. One recent example is a $50,000 grant from Alliant Energy to restore the shoreline and create a handicap-accessible canoe and kayak launch at Giese Park west of Baraboo.

“We’re here to continue the mission of the corridor plan, to keep it going,” said board president Kayla Steinhorst, North Freedom’s village clerk/treasurer.

The group’s goal is to lure anglers and paddlers to the river, providing enjoyment for locals and generating tourism. The Friends group plans to stabilize the stream bank, create access points and build restroom facilities.

“Putting people on the river is the name of the game,” said board member and Wonewoc campground owner Dennis Plantenberg.

Board member Dave Murphy said the group’s long-term vision is to develop a “silent sport activity corridor,” attracting walkers, bicyclists and paddlers. They hope to tap into Devil’s Lake State Park’s drawing power, and entice Wisconsin Dells visitors looking for a peaceful escape. “Get away from the crazy for one day and have some quiet,” Steinhorst said.

Once the river is enhanced and promoted, Friends group members say, it will have drawing power of its own. From its headwaters near Hillsboro to its confluence with the Wisconsin River at Portage, the waterway flows freely past towering rock outcroppings and the Baraboo Bluffs. The river is 120 miles long.

“The Baraboo River has tremendous potential to be a U.S. destination,” Lochner said.

A registered nonprofit, the Friends group will serve as a conduit for grant money. Those funds will be used to make the river more attractive and accessible, supporting projects that improve water quality and fish habitat.

“We hope the public is as excited as we are about the opportunities that could result from this,” Steinhorst said. “There’s a lot of momentum to build on. We want to keep this going.”

What: Friends of the Baraboo River presentation

Where: University of Wisconsin-Baraboo/Sauk County, Giese Lecture Hall A4

Baraboo’s Common Council will vote Tuesday on a plan to build a canoe and kayak launch at the Maxwell-Potter Conservancy.

Raine Gardner of MSA Professional Services demonstrates how to bring a kayak back into the handicap-accessible launch at Haskins Park in 2015. MSA helped West Baraboo get a grant for the launch and other park improvements.

A group of canoeists prepares to enter a fast-moving portion of the Baraboo River between Broadway and Ash streets often referred to as the Baraboo Rapids in this June 2013 file photo.