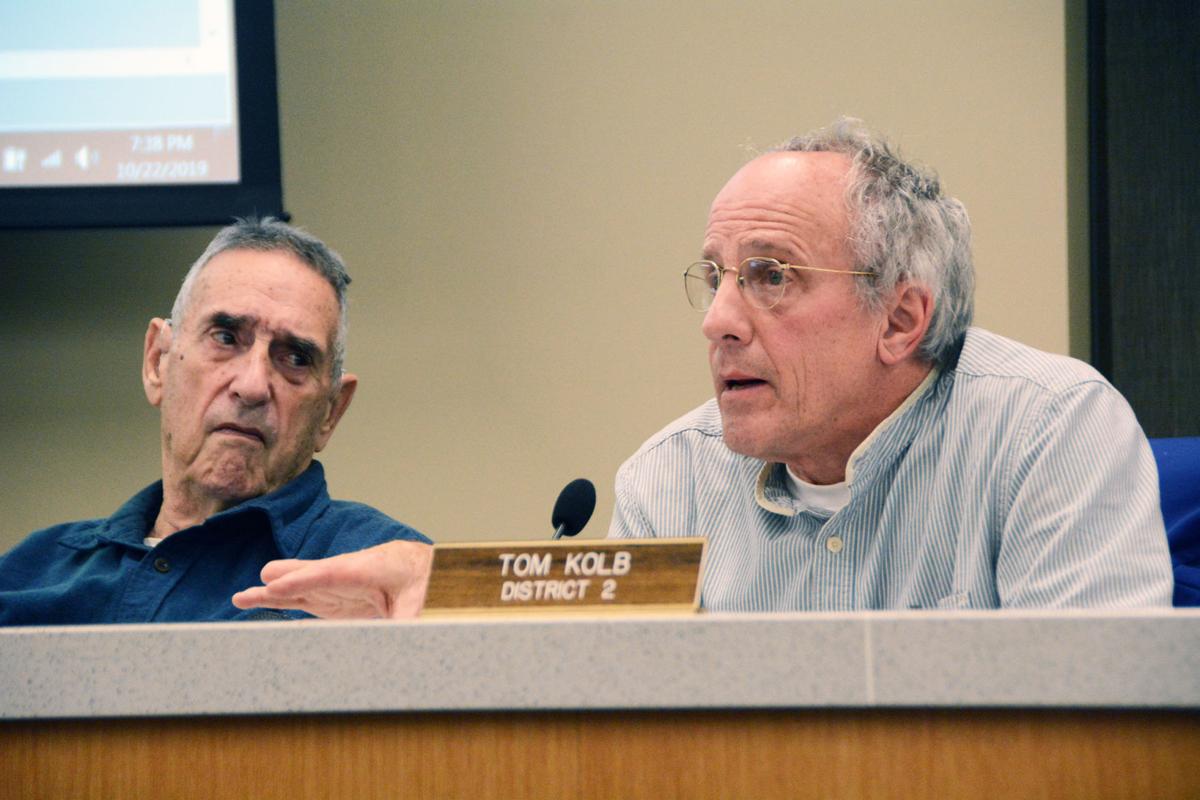 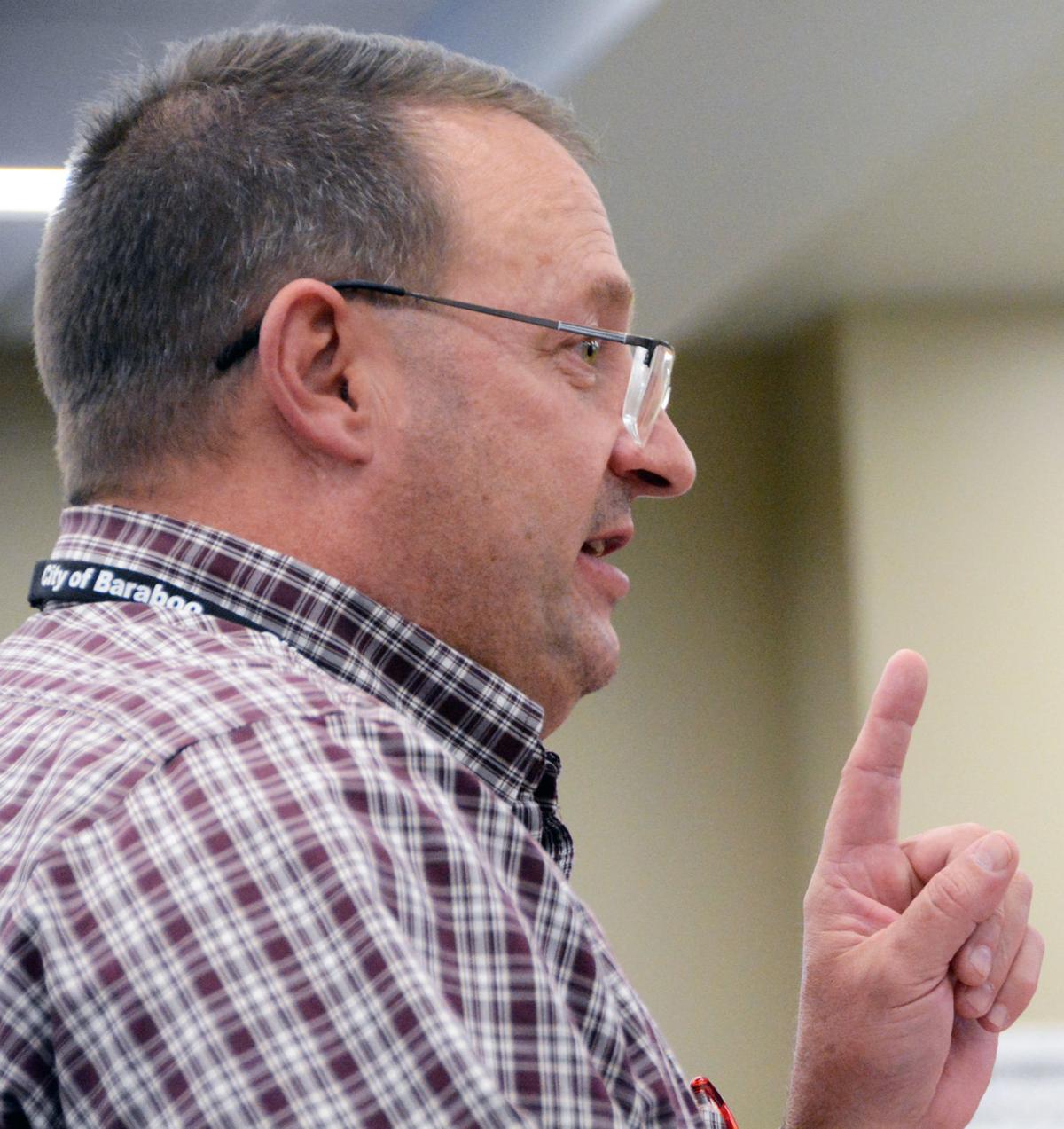 Director of Public Works Tom Pinion explains Tuesday to Baraboo Common Council members that residents will be charged for the street light system charge quarterly on their utility bill. 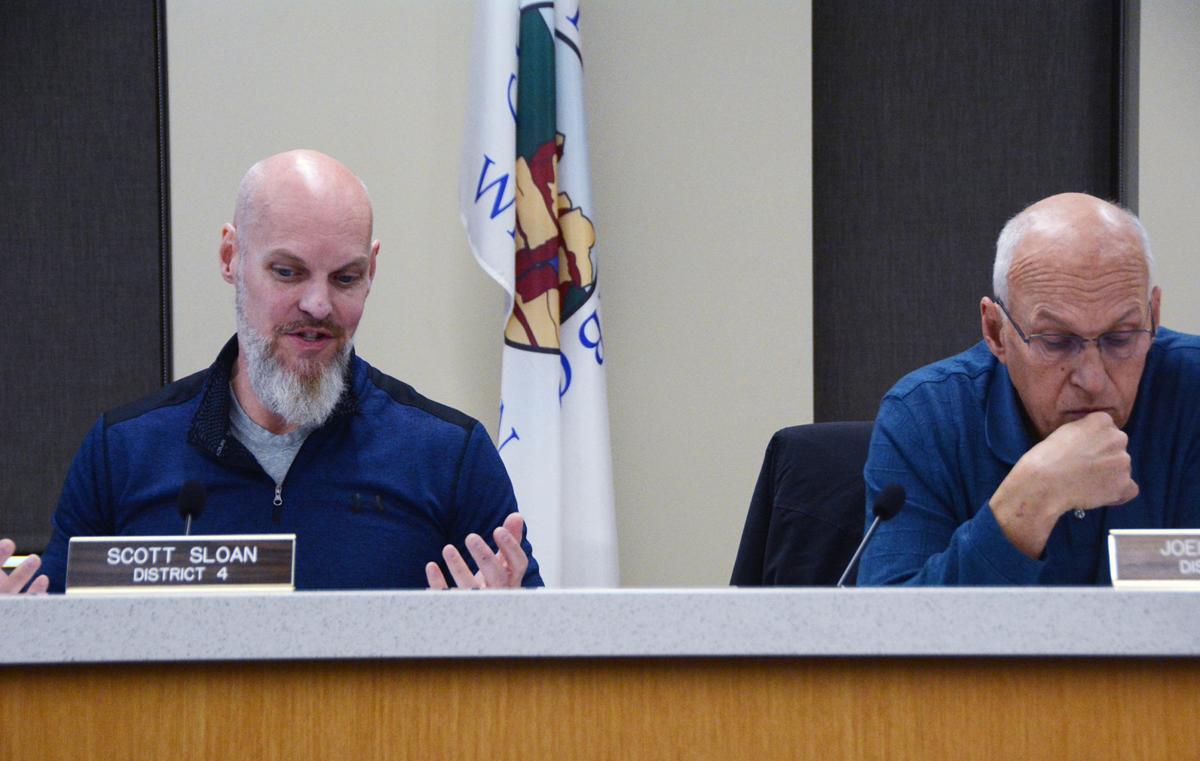 Baraboo Common Council member Scott Sloan tells fellow members he advocated for an increase to aldermen salaries to attract new candidates as Joel Petty nods along Tuesday at City Hall. Petty told council members he had been working to bump up the number since 2017 because he sees there will be a "significant shift" in council membership in coming years.

“I think it’s in really poor taste we just passed two additional fees on all of the city residents and now we’re going to put $11,000 in the budget for us,” Kierzek said. “That’s not good.”

The pay increase is roughly $100 per month set to begin at the start of each term for either appointed and elected, or re-elected, council members. Currently, the base salary is $100 monthly plus $150 for attending meetings each month outside of full council and an annual expenses reimbursement of $600, meaning council members take in roughly $300 each month.

The decision to increase that to a $400 per month base salary was agreed upon by council members in a 5-2 vote. Tom Kolb and Kierzek voted against it. John Alt and Michael Plautz were absent.

Council member Joel Petty said he had pushed for the change since 2017. A “significant shift” in the next two years of council membership is what prompted it, he said.

“I think you’re going to be hard-pressed if you don’t raise some form of reimbursement,” Petty said. “It’s an extreme burden on your family, on your personal time. It’s not just going to meetings; hours of reading paperwork, hours of going over budgets, contacts, returning constituents’ emails. I think a lot of people forget it’s not just sitting at a desk being present.”

Council member Scott Sloan serves on the city’s Finance and Personnel Committee with Petty and said the change will ensure the city can recruit council members in the future. Sloan, who agreed the change should be instituted as new terms begin, previously announced he would step down from council in coming months because he is moving out of the district he represents.

It isn’t about the money, Sloan said. He added the number hasn’t been changed in 13 years and “there will never be a good time” to change it, in reference to Kierzek’s note about the timing of the decision.

There may have been a better moment than just minutes after they agreed to pass a $20 vehicle registration fee and a quarterly street light system charge of $9 per quarter for single-family homeowners, Kierzek said.

“I took this job not knowing there was a paycheck,” she said.

Fees officially were implemented during the Tuesday meeting. City Attorney Emily Truman said the street light charge ordinance was modeled after a law imposed by Prairie du Sac about two years ago.

Director of Public Works Tom Pinion said expenses to be recovered through roughly $144,000 in fees would be used to pay for operation and maintenance of city-owned street lights and fixtures owned by Alliant Energy, which the city pays for maintenance. The estimated revenue likely would offset a 12-month expense by the city. Lots with more than a single- or two-family building would pay double the amount of homeowners. Council members passed the ordinance 7-0.

A vehicle registration fee of $20, which was rejected by 57% of city voters in an April 2018 advisory referendum, also passed. Sloan was the single vote against the ordinance.

The wheel tax is an addition to state registration fees. It is projected to provide an additional $187,500 to the city in 2020. The funding has been earmarked for maintenance on city roads, not reconstruction projects. Officials agreed to borrow $750,000 for more extensive street work.

According to the state Department of Transportation, 25 municipalities and 12 counties in Wisconsin have enacted a wheel tax. The amounts vary from $10 to $30.

Both fees were brought forward to offset a budget deficit. They were included in a preliminary 2020 budget draft approved 6-1 by council members earlier in the meeting. Kierzek was the sole no vote after voicing concern over giving a budgetary increase to the Baraboo District Ambulance Service when the city asked other departments to cut costs.

Baraboo voters rejected Tuesday a referendum that could’ve paved the way for a road repair fee.

Baraboo School Board members get bump in salaries after annual meeting

Baraboo School Board members got a slight raise after a district employee moved for each member to be paid $3,000 and the board president to b…

Baraboo Common Council members reversed two proposed measures Tuesday: how much to give the Baraboo District Ambulance Service and whether to …

Director of Public Works Tom Pinion explains Tuesday to Baraboo Common Council members that residents will be charged for the street light system charge quarterly on their utility bill.

Baraboo Common Council member Scott Sloan tells fellow members he advocated for an increase to aldermen salaries to attract new candidates as Joel Petty nods along Tuesday at City Hall. Petty told council members he had been working to bump up the number since 2017 because he sees there will be a "significant shift" in council membership in coming years.