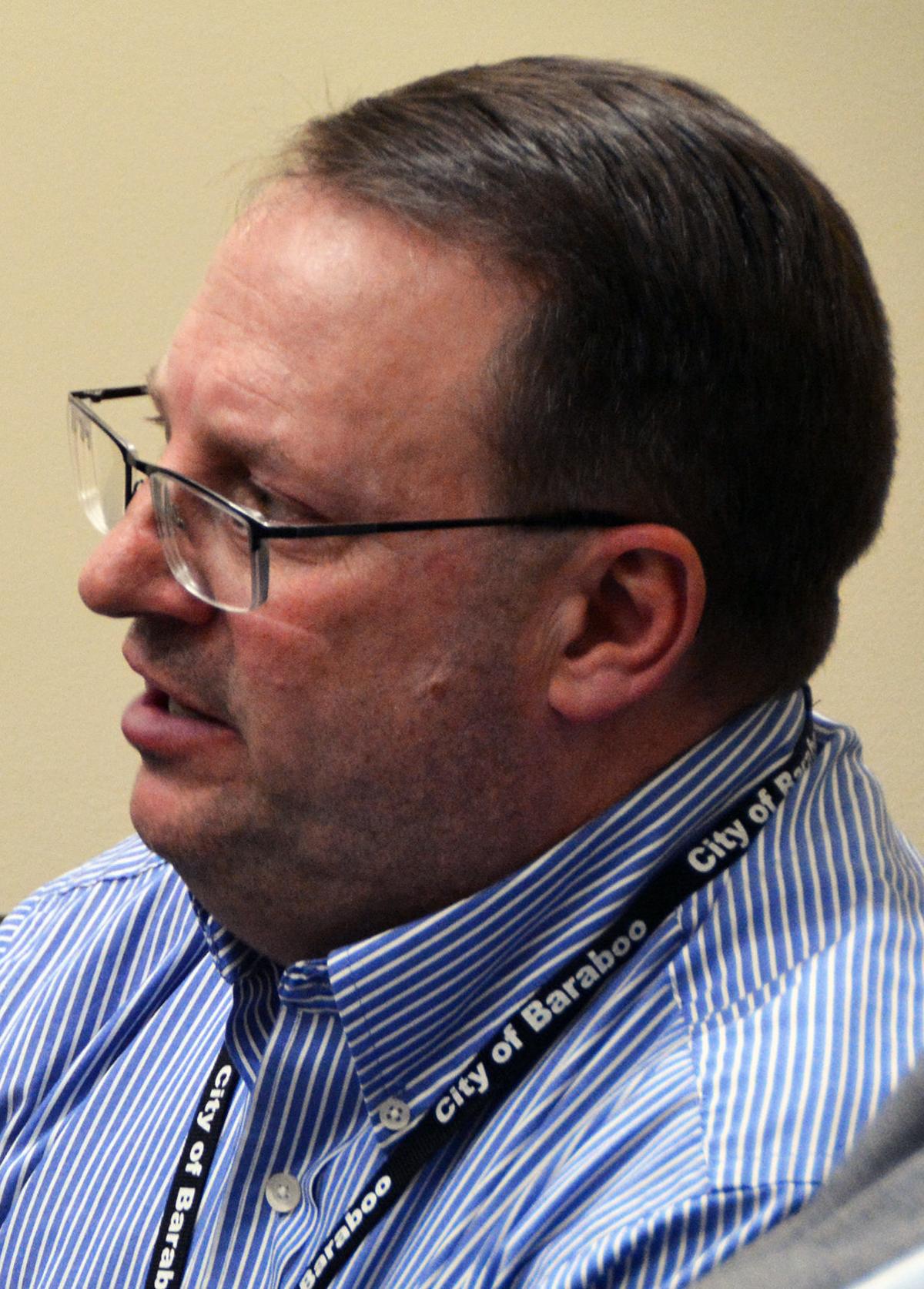 Director of Public Works Tom Pinion talks about how the city has dealt with permit reductions in the past during the Baraboo Finance Committee meeting Tuesday at City Hall. 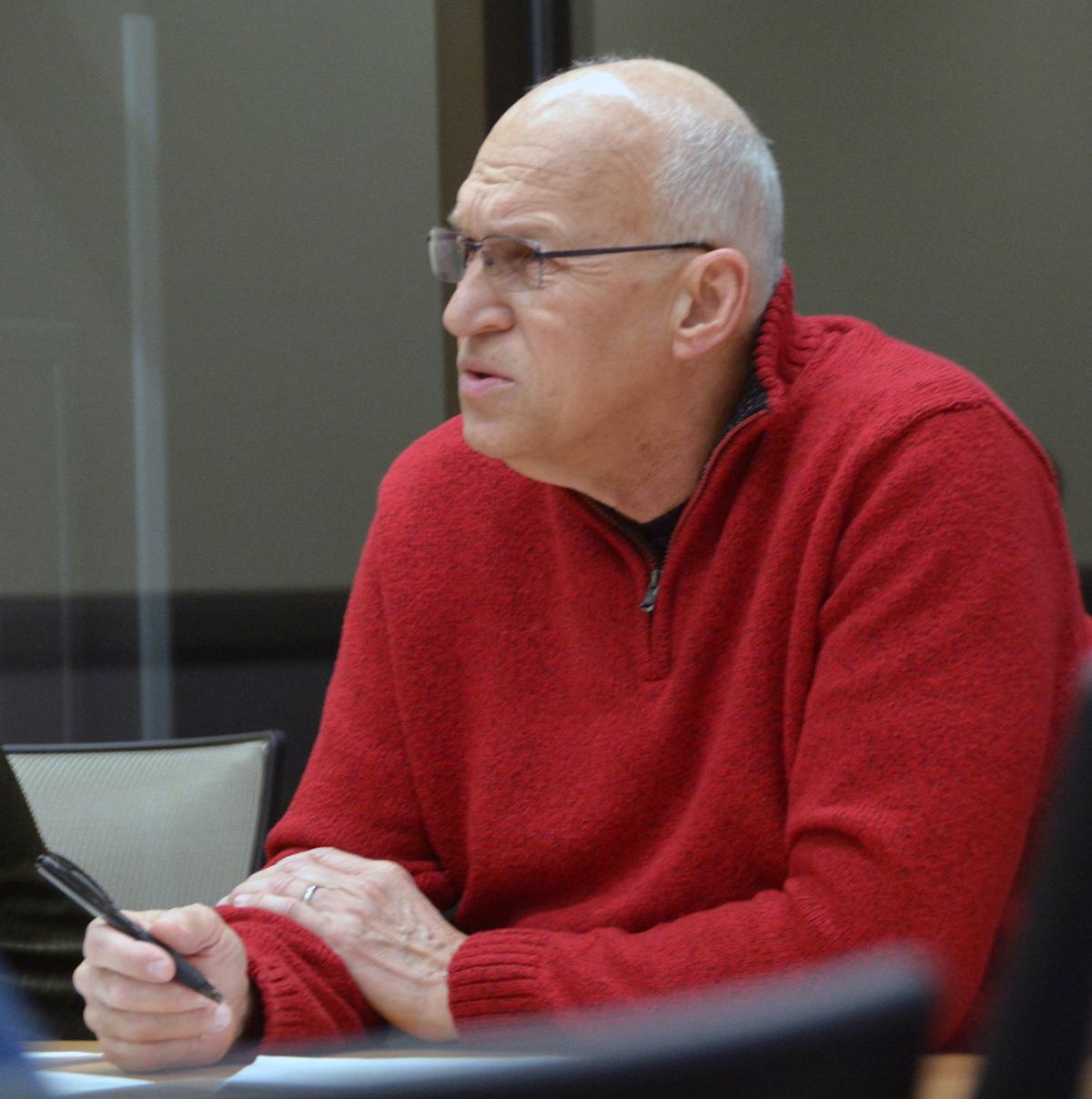 Joel Petty, who serves on the Baraboo Finance Committee, questions the need for the school district to request a $9,000 deduction for a permit from the city during a meeting Tuesday.

A request from the Baraboo School District asking for a reduction in the cost of a building permit the district needs to move forward with its $42 million project at Jack Young Middle School was met with skepticism Tuesday by members of the city Finance Committee.

“It was worth a shot. We thought it was worthwhile to ask,” Kevin Vodak, Baraboo School Board president said during the meeting.

Baraboo School Board Treasurer Sean McNevin said the unforeseen cost of a $60,000 additional fire hydrant has caused the district to be over budget, which led to him asking City Administrator Kennie Downing and Director of Public Works Tom Pinion whether a reduction in the building permit could be possible.

“It was just something we hadn’t planned on,” McNevin said. “We can’t go over budget. We don’t have the capacity to exceed the bond. … What ends up happening is that as the project is scaling down, you’re doing fixtures and accessories for classrooms and things like that last; that’s what gets cut at the end.”

Vodak referred to it as “value engineering,” and said it’s “a term you don’t want to hear if you’re in our position.”

In an email to District Administrator Lori Mueller and McNevin sent Feb. 6, Pinion noted that the hydrant requested by Fire Chief Kevin Stieve requires 682 new feet of 8-inch water main at an estimated cost of $87.97 per foot, or about $60,000.

Downing told Finance Committee members Tuesday that she and Pinion had reservations about allowing a permit fee reduction. She provided four notes of information to the committee: the district does not yet know whether the additional hydrant expense will push the project $60,000 over because the work has not yet been bid on by companies; the district paid its full permit fee when the last project was completed at Baraboo High School; would the district be able to split the cost of the permit by paying $25,000 in 2020 and $9,000 in 2021; and concerns over whether the reduction would set a precedent for future developers to reference as a way to get their own permit cost lowered.

Splitting the costs would not work, the district representatives explained, because the amount the district borrowed is the only money allowed to pay for the project.

“We’re a quasi-governmental, tax-exempt agency,” Vodak said. “I don’t know what the precedence, or who it would be pointed toward, if there was a precedent to be set. I would look at it as somebody in a similar position as ours, but that’s my perspective, I’m not trying to point to what your perspective is. I understand your concern.”

Pinion said in the past, other requests for a postponement of the impact fees were allowed to ensure the project can be completed. He said in the past decade, the city has not reduced permit fees.

McNevin said the unforeseen cost of the hydrant means, regardless of the cost, the first dollar that exceeds the budget makes the project run over its expenses. That means the district has to mitigate its cost through other sources. He said the reason the request was being made at the beginning of the project was to lower costs before work begins and other unexpected expenses possibly create issues.

Committee member Jason Kent questioned what the district would do if new expenses come up continuously during the project.

McNevin agreed, noting that during the $21 million high school projects, officials “had a lot of angst over every decision.” However, he asserted that the district wants to ensure it has the funds to pay for its expenses currently, rather than worrying over its costs at the end of the project.

Part of the reasoning McNevin gave for lessening fees was that the gymnasium addition is an open space, not a residential building with multiple living units throughout it that require a number of components. After additional discussion of how to reduce costs through a partnership, Pinion agreed to meet with the district’s planners and decide whether the fees could be reduced.

“I’m certainly willing to work with the architect and refine the numbers so they’re accurate,” Pinion said. “So they can be charged as accurately as possible.”

Director of Public Works Tom Pinion talks about how the city has dealt with permit reductions in the past during the Baraboo Finance Committee meeting Tuesday at City Hall.

Joel Petty, who serves on the Baraboo Finance Committee, questions the need for the school district to request a $9,000 deduction for a permit from the city during a meeting Tuesday. 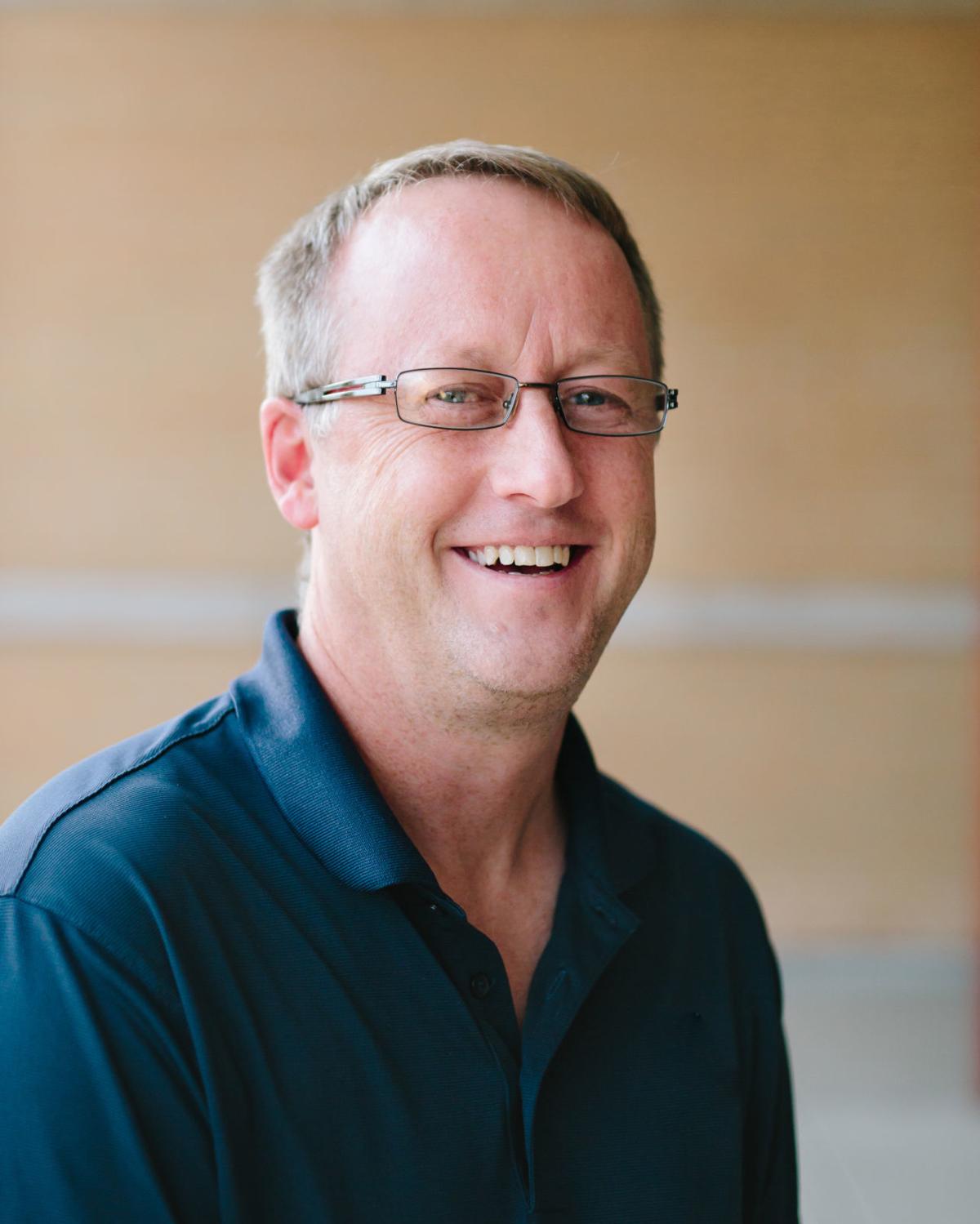