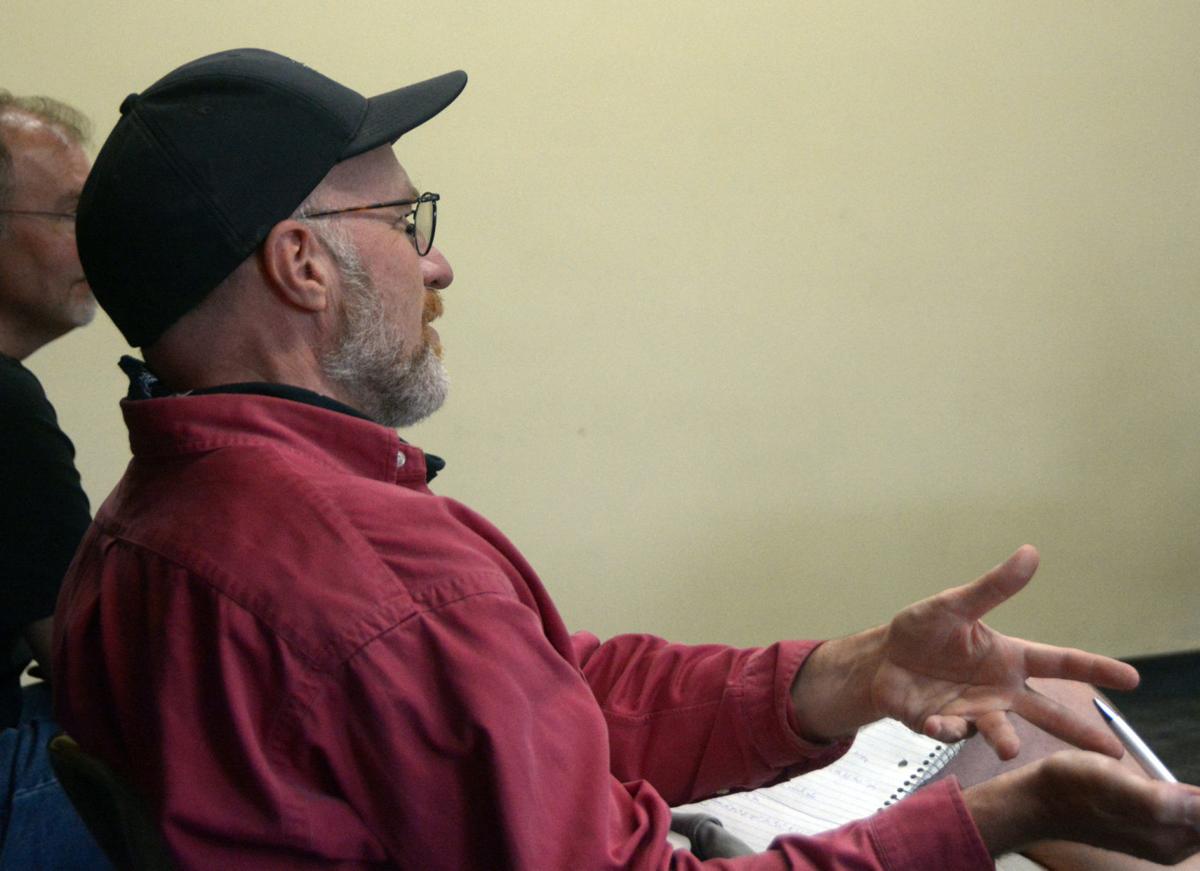 Baraboo Thunder Softball Board Treasurer Rob Nelson tells commission members about the group's plans to host limited tournaments over the summer to try to reduce the transmission of COVID-19 between players while also allowing for some play time during a Parks and Recreation Commission meeting Monday at the Baraboo Civic Center. 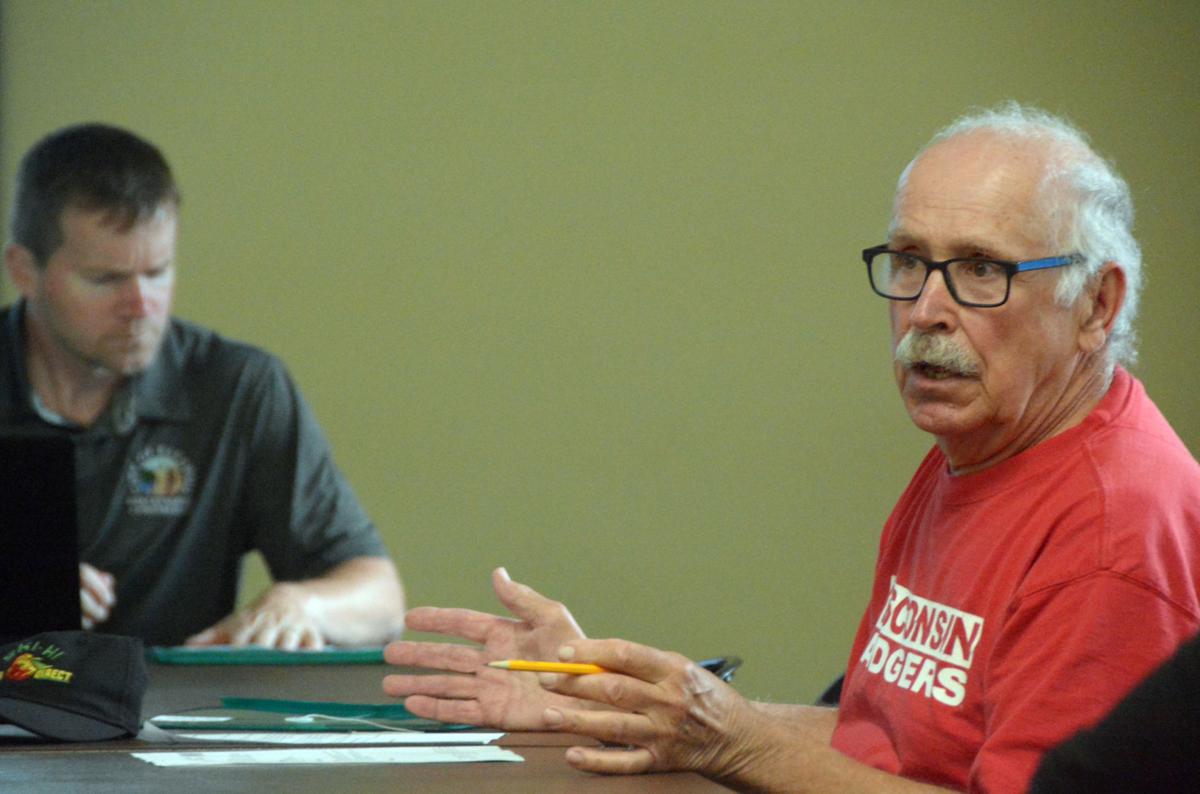 Parks and Recreation Commission President Roy Franzen tells fellow members he feels more comfortable limiting the amount of teams allowed to play in softball and baseball tournaments this summer due to concerns over COVID-19 during a commission meeting Monday at the Baraboo Civic Center.

Organizers and city officials decided the health risk did not warrant hosting baseball and softball tournaments in mid-July that would have brought dozens of teams to Baraboo.

Parks, Recreation and Forestry Director Mike Hardy informed members of the Parks and Recreation Commission during a special meeting Monday that an email from Baraboo Thunder Softball Board President Dan Lewison announced the unanimous decision of the board not to host a tournament July 10-12 at Pierce Park.

Commission President Roy Franzen said he was “happy” planners decided against a full tournament, opting for round-robin type play with a maximum of three teams instead.

“I’m thankful that they did decide on that,” he said. “I was really kind of nervous about 42 teams possibly coming to town. The virus is increasing, it’s not going away.”

In talking over the enormity of contact tracing with Baraboo Fire Chief Kevin Stieve if even one player tests positively for COVID-19, the impact of holding a large gathering was made more evident to Lewison, Hardy said.

In his email, Lewison stated Sauk County has seen a slight increase in coronavirus cases over the last week. The softball group will plan to host an August tournament and “if emergency management supports us having the tournament, then we’ll pursue,” Lewison wrote. “If they don’t, then we won’t pursue it.”

Stieve wrote an email to Hardy and Lewison recommending that the tournament “not occur,” stating it may “bring hardship and frustration to Baraboo Thunder,” but the choice to cancel “is in the best interest of the city and for the health and welfare of the community.”

While there may be no illnesses that originate from the tournament, or no proof that cases may have resulted in the gathering, the tournament could place players and their friends and family members in “a risky position,” Stieve wrote.

Ensuring compliance to social distancing, frequent hand-washing and disinfecting surfaces would be difficult “and I believe erring on the side of caution is better for all involved,” Stieve wrote. “Life safety must come first.”

The commission unanimously agreed to allow up to three teams to visit for games, but limited the teams to only those from within the state after considering whether only to allow teams from adjoining counties. It didn’t want teams from Illinois or the Milwaukee area, for instance, commissioner Shelley Mordini said.

“I’m hoping the kids will get the chance to get some play time in,” Franzen said. “It’s just a scary situation we’re in right now.”

Commissioners also discussed how to spend $30,000 in operational revenue that members of the Baraboo Common Council allowed to be spent on the Campbell Park pool. The decision to close the pool was made about a month ago by commissioners and reaffirmed in a meeting June 1 where members refused to vote after member Michael Plautz moved to rescind his earlier motion to close the pool when statewide mandated closures were in effect.

Hardy said it would cost about $28,000 to repaint the pool. Maintenance staff recommended the job be done after noting parts of the pool were crumbling, adding he understands it “probably won’t go over well with the people who didn’t want to see the pool closed,” but it is needed due to the paint not having time to cure when it was last completed in 2017. He said a locker room update will likely be done in 2021 and that the city “knows we will be asking for more money” during the next budget process.

Commissioner Angela Witczak moved that the repainting be done by Labor Day or the funds be used for other updates to the facility. It was agreed upon unanimously. Plautz was absent.

Baraboo Thunder Softball Board Treasurer Rob Nelson tells commission members about the group's plans to host limited tournaments over the summer to try to reduce the transmission of COVID-19 between players while also allowing for some play time during a Parks and Recreation Commission meeting Monday at the Baraboo Civic Center.

Parks and Recreation Commission President Roy Franzen tells fellow members he feels more comfortable limiting the amount of teams allowed to play in softball and baseball tournaments this summer due to concerns over COVID-19 during a commission meeting Monday at the Baraboo Civic Center.