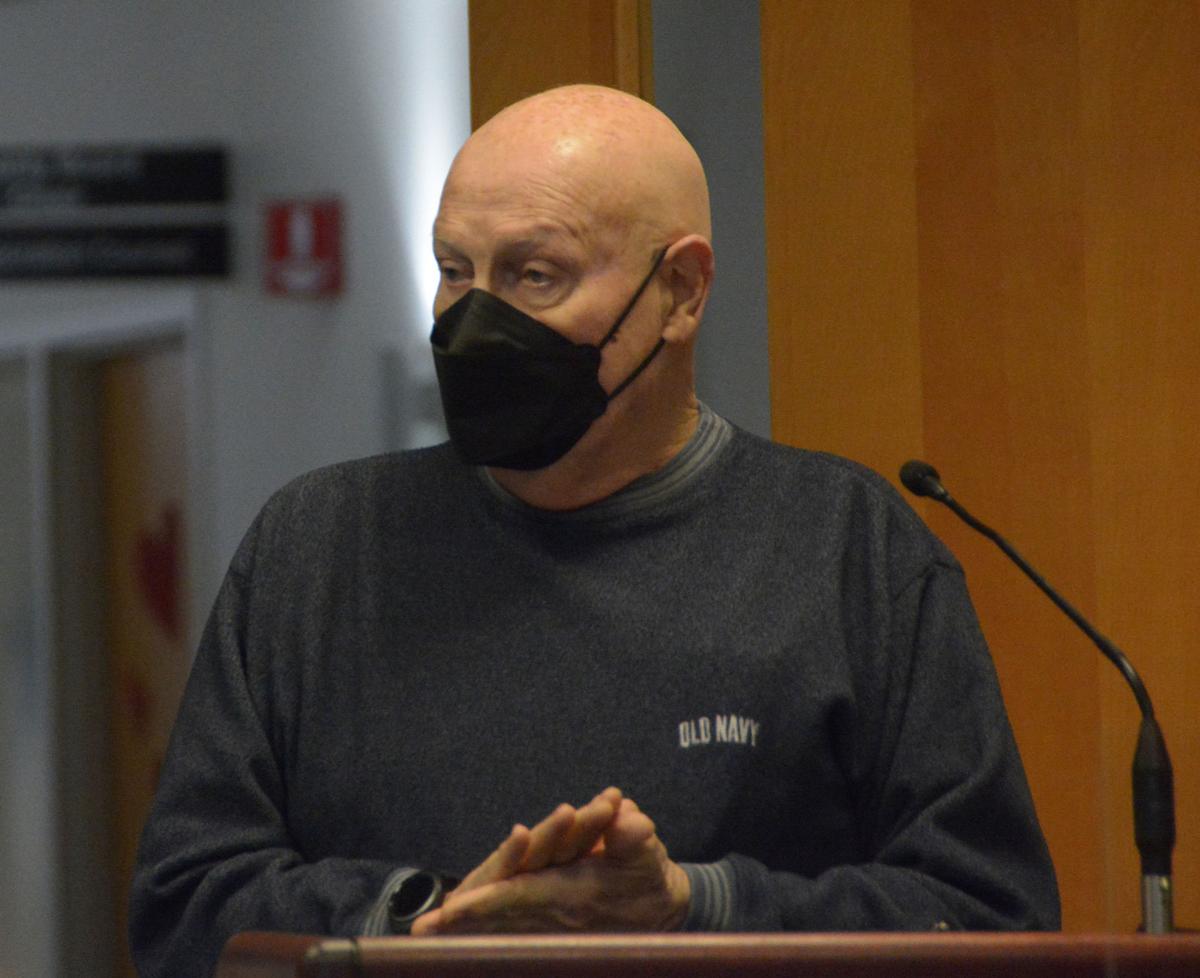 Steinke Road resident Bill Wiese tells members of the Sauk County Land Resources and Environment Committee during a meeting Tuesday that his quality of life will be diminished if a cellular tower emitting constant light and low levels of microwaves is installed next to his home. 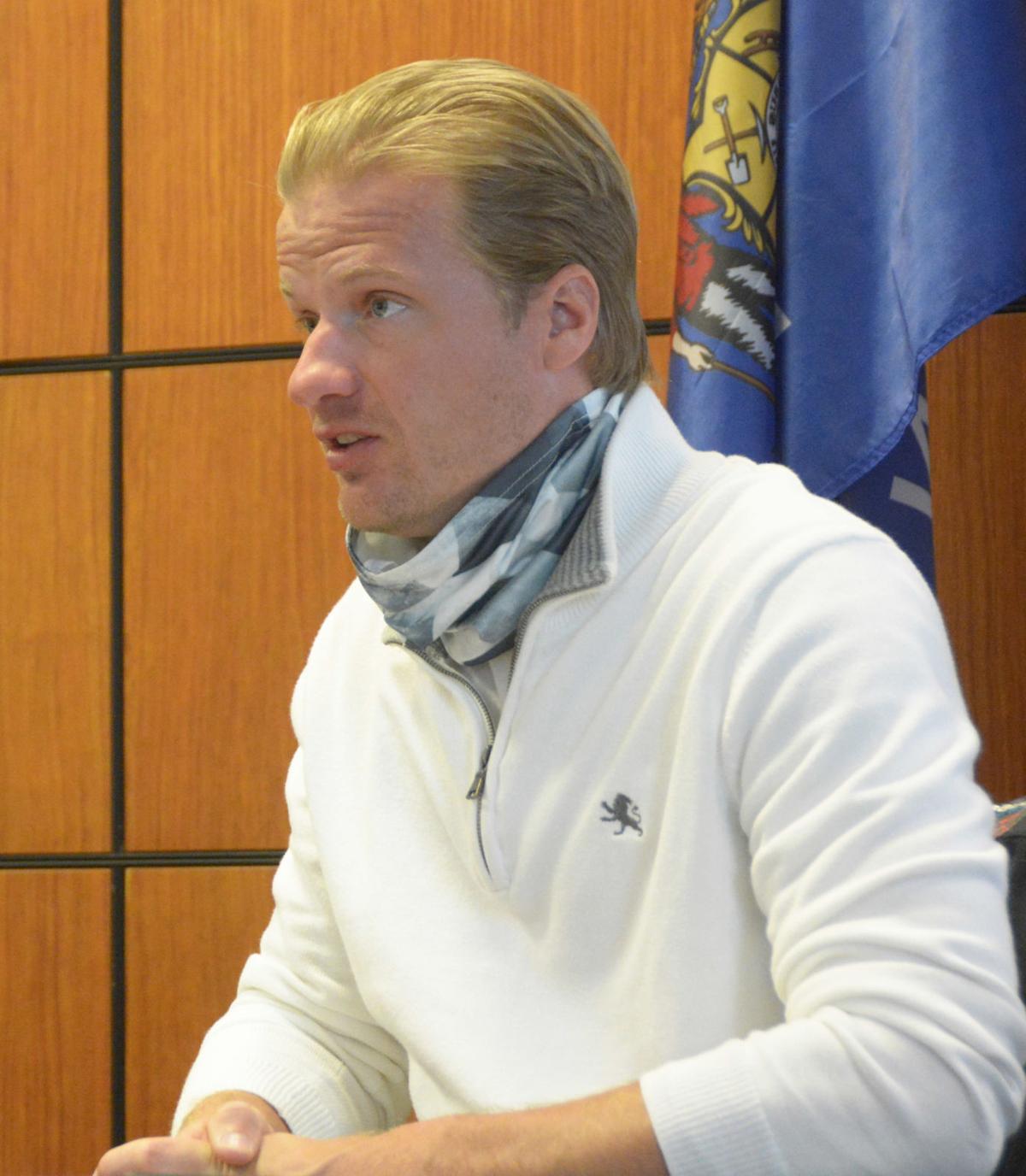 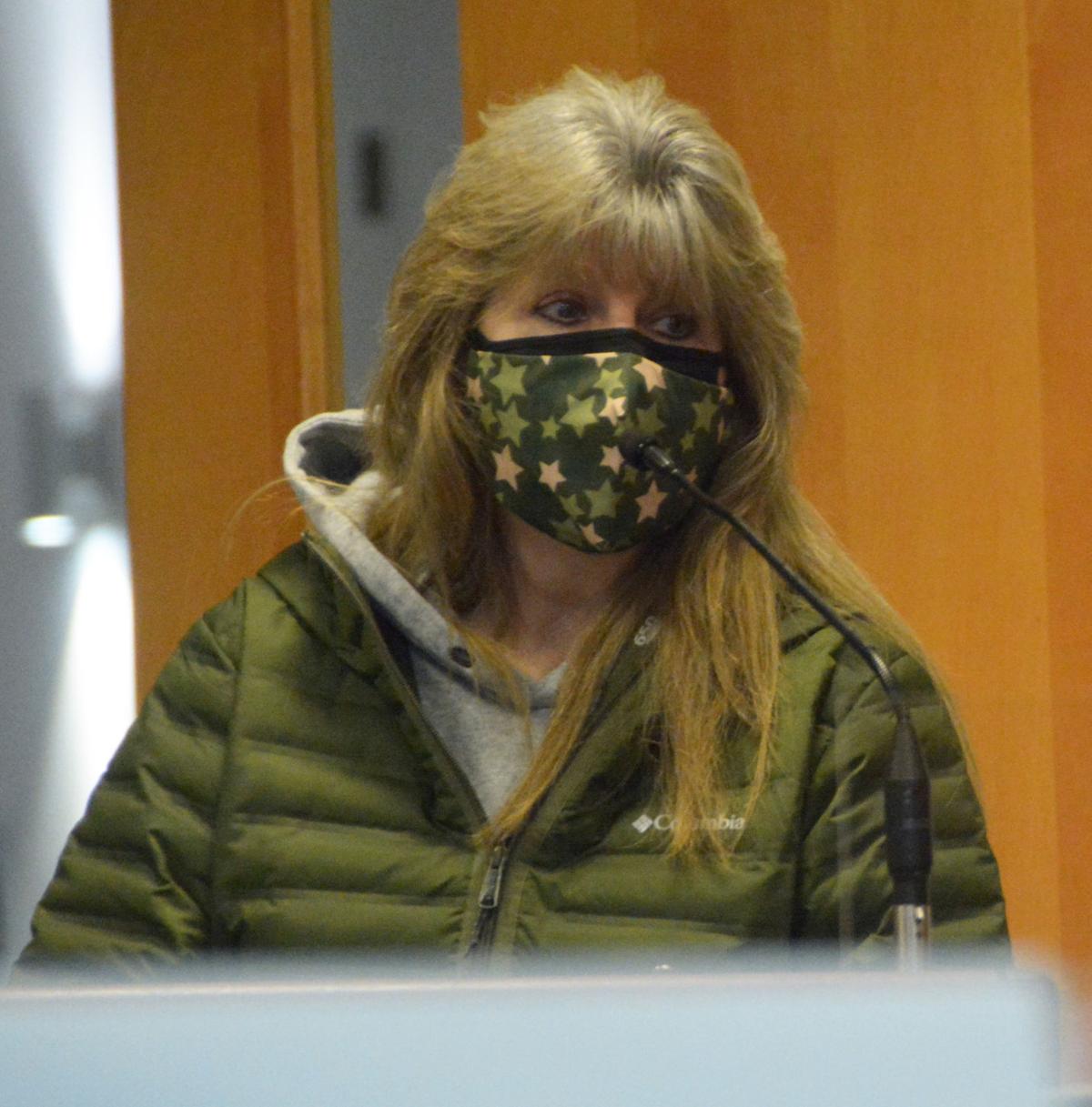 Carolyn Marquardt of Baraboo speaks during public comment Tuesday at the Sauk County Land Resources and Environment Committee, expressing concern over home values decreasing after the installation of a planned cellular tower in the town of Greenfield.

A 2017 state statute was the centerpiece of discussion during a Land Resources and Environment Committee meeting Tuesday as all but one member approved of the second Bug Tussel Wireless cellular tower in Sauk County in just over two years.

Committee Chair Marty Krueger said if it weren’t for Act 67, he would vote down the application for a cell tower in the town of Greenfield.

“This is not the first time on this committee that I’ve been told that we, here at the local level, have very little authority or ability,” Krueger said. “...I had a discussion with one of the legislators a couple days ago and told him I’d like nothing more than to deny this and let it go to the circuit court, which is the state’s court, and let them solve the problem they created.”

Act 67, passed by the state legislature in 2017, limits “the authority of local governments” to regulate development and specifically “to issue a conditional use permit under certain circumstances,” including local officials’ ability to restrict the terms of a permit.

Because none of the committee members found that any of the components of the application failed to meet requirements, Krueger said it would be difficult to vote it down.

The tower will be installed along the north side of Steinke Road between Highway 113 and Old Lake Road on a 37.76-acre parcel owned by Bonham Farms LLC and Robert Bonham of Baraboo. It will be 300 feet tall, according to the permit application.

According to the lease agreement between Cloud 1 LLC, or Bug Tussel, and Bonham Farms LLC, the property will be rented for 24 months with the option to extend it.

Resident Bill Wiese will be an immediate neighbor to the structure.

“I realize there’s legislation out there that you can’t stop cell towers from being placed, except for the high intensity lighting that’s going to be shining right into my house since I’m the one who’s 296 feet away from that tower,” Wiese said. “Certainly there are better locations.”

Wiese said he understands the need for better reception for emergency responders to Devil’s Lake State Park, which is south of the site.

A 24-year-old Wauwatosa man, John Craig Schmutzer, was stabbed to death on the south shore in October. The case remains open. It is unclear whether better cellular reception could have affected the outcome and whether the new tower would improve reception throughout the entire park.

Wiese said after discussions with a cartographer he believes better coverage will not be provided to that area.

Wiese was one of three public speakers Tuesday who live along Steinke Road to ask that the tower not be constructed close to their homes.

Bill Marquardt questioned why neighbors were not notified until it was nearly too late to voice opposition to the plan.

“The neighbors are not happy with it,” Marquardt said. “I’ve been a lifelong friend of the Bonhams and I know it’s money. Bug Tussel wants to make money, they don’t care about us public guys.”

He also expressed concerns over the quality of the land.

“Greenfield township is supposed to be one of the pristine places around Devil’s Lake and it’s been engineered that way for years,” Marquardt said. “If we have to just kneel down to some company coming in here saying, ‘We want to make lots of money,’ that’s not right.”

Marquardt said he was concerned over the health of himself and fellow neighbors, one of which has a pacemaker, after being consistently exposed to radiofrequency waves for years.

According to the American Cancer Society, “there’s no strong evidence that exposure to RF waves from cell phone towers causes any noticeable health effects. However, this does not mean that the RF waves from cell phone towers have been proven to be absolutely safe. Most expert organizations agree that more research is needed to help clarify this, especially for any possible long-term effects,” which is a point nearby resident Carolyn Marquardt made while speaking.

She also shared concerns over home values in the area once a cellular tower is put into farmland there. She said based on a conversation with a real estate agent that it would be difficult to find a buyer who would live near a tower.

The public hearing for the tower conditional use permit was held Dec. 29. The decision on the tower was postponed, Krueger said, because he wanted to contact officials with the Wisconsin Department of Natural Resources. He revealed during the meeting that he was told it was not one of his responsibilities and so did not call them. Lisa Wilson, director of the Land Resources and Environment Department, said during the meeting that she sent an email explaining committee members should have limited involvement in the application process.

Bug Tussel representative Gary Henshue spoke publicly to dispel any rumors that the Green Bay corporation had any type of offer from the DNR.

“I understand the concerns of the landowners and I don’t think anyone wants a tower built in their backyard necessarily,” Kinsman said. “I really don’t think we have a lot of things to stand on for denying it.”

Supervisor Rob Nelson said he felt based on local ordinances and testimony from local residents that the committee had enough evidence to turn down the tower because of its likelihood to negatively affect people’s lives. He was the sole vote against the permit.

Supervisor Brandon Lohr said he did not like the proposed site, but agreed there was little power for the committee to exercise.

“I empathize with every single homeowner around this area,” Lohr said. “The fact of the matter is that Bug Tussel has met the bar that not only the county has set but the state has set and I don’t see any substantial evidence that supports the argument that this doesn’t meet that bar.”

While Baraboo pastor William Metzger, 76, awaits his sentencing for pleading guilty to first-degree child sexual assault while out on a $2,500…

Authorities have released the name of the man who died Monday after his car was struck a dump truck in the village of Rio.

LAKE DELTON — Village officials have renewed its lease with AT&T to keep one of its cell towers on Lake Delton property.

Steinke Road resident Bill Wiese tells members of the Sauk County Land Resources and Environment Committee during a meeting Tuesday that his quality of life will be diminished if a cellular tower emitting constant light and low levels of microwaves is installed next to his home.

Carolyn Marquardt of Baraboo speaks during public comment Tuesday at the Sauk County Land Resources and Environment Committee, expressing concern over home values decreasing after the installation of a planned cellular tower in the town of Greenfield.