A Sauk County child pornography trial began with controversy Monday, when a judge jailed a prospective juror for making an inappropriate comment.

The incident occurred just as jury selection was wrapping up for the trial of 55-year-old John L. Lomax, who is charged with 40 counts of felony child pornography possession.

A man who was among those considered as jurors “spoke out,” according to online court records. The man, 71-year-old Loren H. Wilhelm, was then questioned on the witness stand about his comment.

According to court documents, Sauk County Circuit Court Judge Michael Screnock found Wilhelm in contempt of court and ordered that he be taken to the county jail. Screnock ordered the sheriff to release Wilhelm at 7:30 a.m. Tuesday.

Court records do not indicate exactly what Wilhelm is alleged to have said. However, sources who were in the courtroom — or spoke with people who heard the remark — said Wilhelm referred to the defendant with a derogatory name, and declared that he was guilty.

Lomax’s attorney, Joseph Viney of Baraboo, requested that a new jury be selected before the trial continued, arguing the comment may have tainted others. Screnock denied the request, saying he was satisfied Wilhelm’s removal was sufficient.

Attorneys then proceeded to give their opening statements after the jury was sworn in at 1:10 p.m.

In May 2013, officers raided the home of a West Baraboo hotel owner after investigators with the Wisconsin Department of Justice determined that a computer at his address had shared child pornography.

During the search, officers noticed a wire going from the hotel owner’s internet connection device to an apartment upstairs. The hotel owner allegedly had been allowing his upstairs tenant to connect to the internet through his account.

Officers contacted the upstairs tenant — Lomax — and said he invited them in to search his apartment, even though they did not have a warrant. During pretrial hearings, Lomax and his attorney unsuccessfully contested the legality of the search, saying investigators used unlawful techniques.

A computer forensics expert allegedly found multiple files that investigators consider to be child pornography on devices within Lomax’s apartment.

During his opening statement statement, Sauk County Assistant District Attorney Rick Spoentgen said Lomax’s story evolved during conversations with investigators, and that a claim that his computer was hacked had been debunked.

The jury is expected to be shown the images in dispute during the three-day trial.

“Once you have seen the images on his computer, I don’t think there will be any doubt about his guilt,” Spoentgen said.

Viney said the case against Lomax is the result of a “search warrant gone awry,” and that his client was groggy — having just undergone a dental procedure — the morning that investigators showed up at his apartment. Lomax is a disabled military veteran who has post-traumatic stress disorder, Viney said.

The critical issue, Viney said, is whether Lomax knowingly possessed images of children engaged in sexually explicit conduct, and whether he reasonably should have known that the persons depicted were not 18 years old. 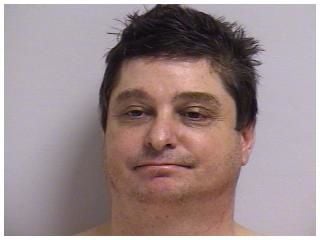 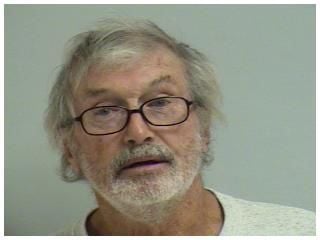