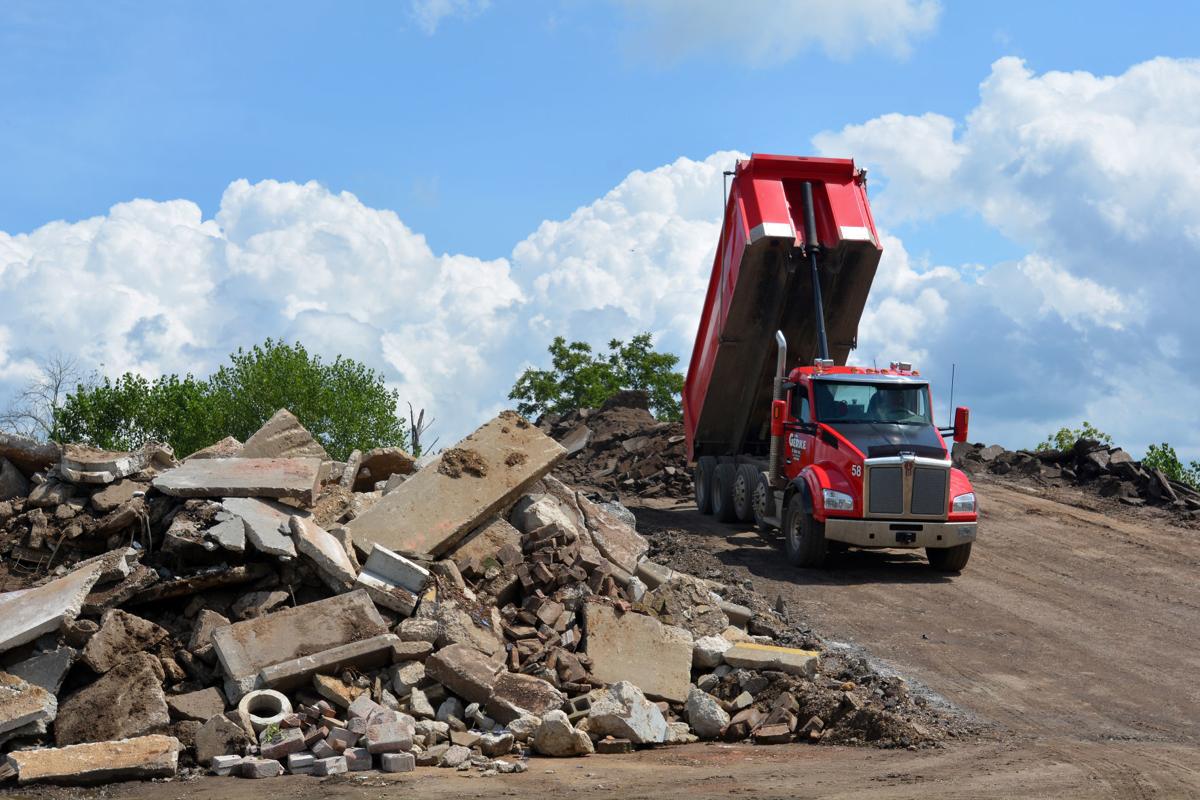 A driver from Allan Gerke & Sons Inc. of Tomah legally drops dirt and cement at the Baraboo transfer site at 407 Briar St. Streets Superintendent Tony Gilman said the city should approve an ordinance allowing police to cite and recover funds from people who dump trash and debris there illegally. 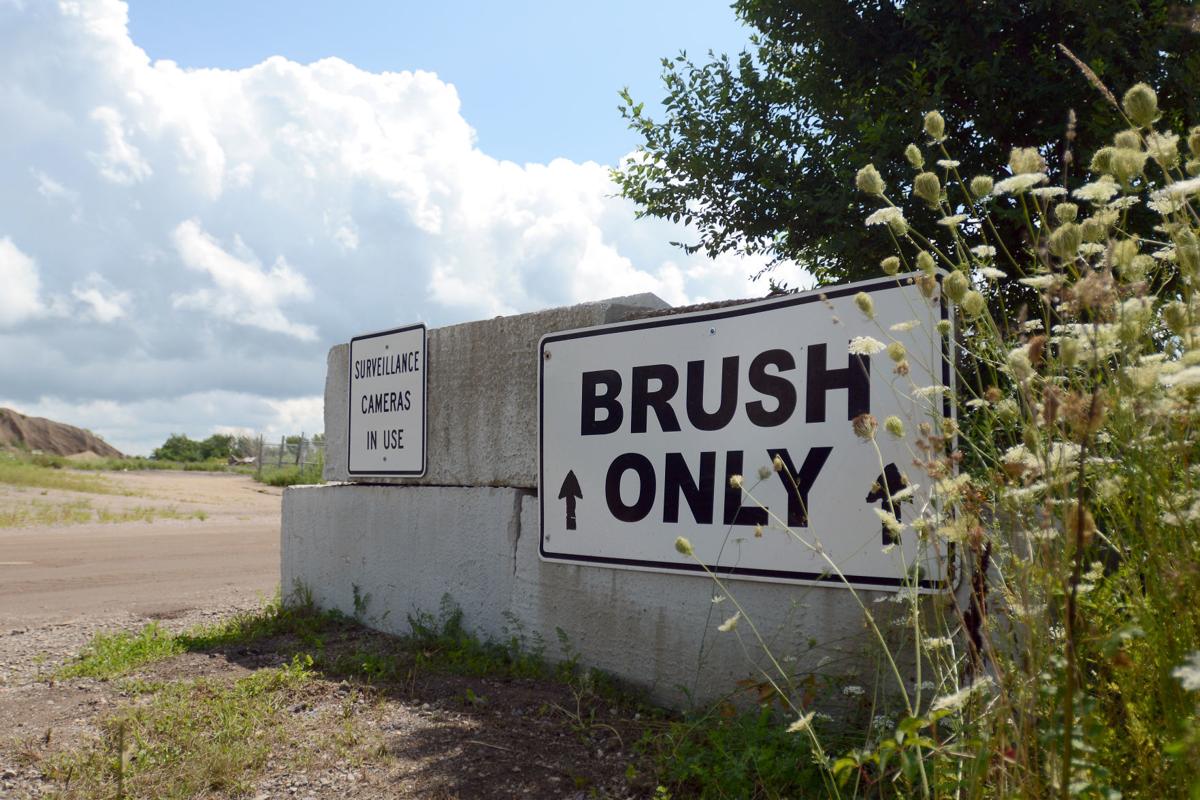 A sign at the Baraboo yard waste and compost transfer site on Briar Street warns users to use the property correctly.

The problem of illegal dumping in Baraboo will soon be met with citations and court action.

An ordinance considered by the Common Council Tuesday creates a city code authorizing law enforcement to cite people caught leaving debris in any area of the city. The issue was specifically brought forward because of issues at the city’s yard waste and compost transfer site at 407 Briar St.

Streets Superintendent Tony Gilman said illegal dumping has been a problem since he began his tenure in June 2017. With a new law in place, people who leave items like refrigerators or microwaves at the site can be fined $213 plus court costs, like restitution to the city.

The main point of the ordinance is to allow the police department to take action against those who drop off materials not accepted by the site.

“I hope this works, honestly,” Gilman said Friday, noting that if problems continue, the city may have to consider limiting access to the site.

Currently, she said there are no rules within the city code specifying what can be left at the site and how it can be used. She added it was unfortunate that people were dropping off tires and couches, and “using it in a way that is not at all intended use for the site.”

Illegal dumping, whether on public or private property, can be costly, Truman said.

Baraboo Police Chief Mark Schauf gave an example of a recent incident in which someone reported a bag marked “hazardous waste” dumped in a ditch. It couldn’t be touched without caution, so an officer had to sit near the container for six hours until it could be handled appropriately. He said costs associated with dumping, either at the compost site or other locations, can be incurred by the city.

“By having the ordinance, we can issue that citation, then through the prosecution, the city attorney can actually seek restitution processes and make the city whole if we do incur large dollar amounts like that,” Schauf said.

The city currently can’t do much to combat the problem, Gilman said. Surveillance cameras at the transfer site have helped deter people who plan to dump things they shouldn’t and snapshots of illegal dumping have identified violators swiftly. However, he said if the person refuses to take the items back, the city can’t force their return either.

While Gilman said he would “like to be accommodating to our neighbors,” when illegal dumping occurs, “Baraboo taxpayers have to pay for the removal of that stuff.” He said workers have found everything from aquariums to massive logs.

The site is open to the public at any time and can be used for yard waste and compost and brush dropoff by any residents within the city of Baraboo. However, Gilman said there are a number of non-residents who use the site and non-local contractors violate the rules frequently.

Posted signs throughout the site specify who can use it, what items are accepted there and where the materials go; yard waste like grass clippings in one section, brush piled up roughly 100 feet away and large piles of concrete toward the end of the entrance road that the city crushes into gravel for construction projects.

“The only thing we don’t have on the sign at this point is the ordinance number, which we’re hoping to add relatively soon,” Gilman said.

The first reading of the ordinance was accepted by an 8-0 vote Tuesday. Heather Kierzek was absent. Gilman said it will still need to be considered during a public hearing and adopted by council members in coming weeks.

Looking to keep a closer eye on who’s using its brush yard, Baraboo is considering restricting the location’s hours.

A driver from Allan Gerke & Sons Inc. of Tomah legally drops dirt and cement at the Baraboo transfer site at 407 Briar St. Streets Superintendent Tony Gilman said the city should approve an ordinance allowing police to cite and recover funds from people who dump trash and debris there illegally.

A sign at the Baraboo yard waste and compost transfer site on Briar Street warns users to use the property correctly.