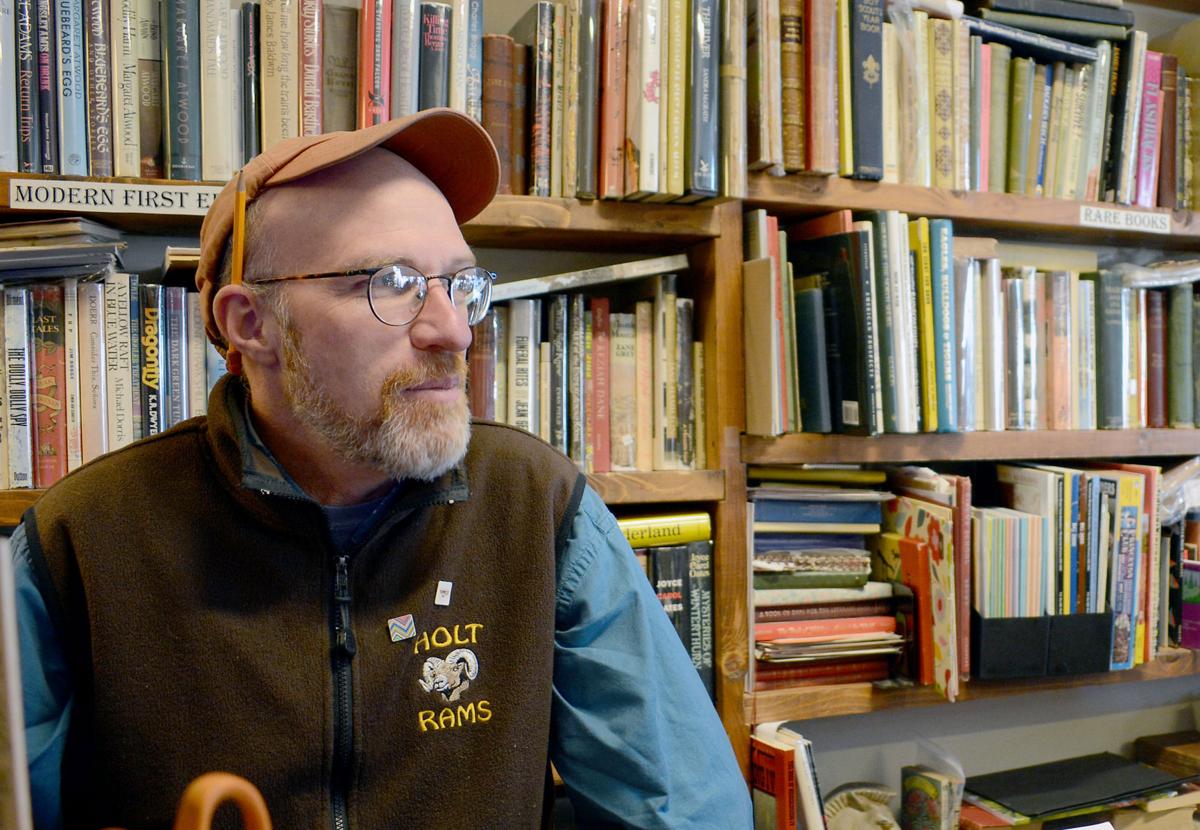 Rob Nelson works the cash register at the Village Booksmith on Thursday. Nelson took over as owner and manager of the Baraboo bookstore on Monday. 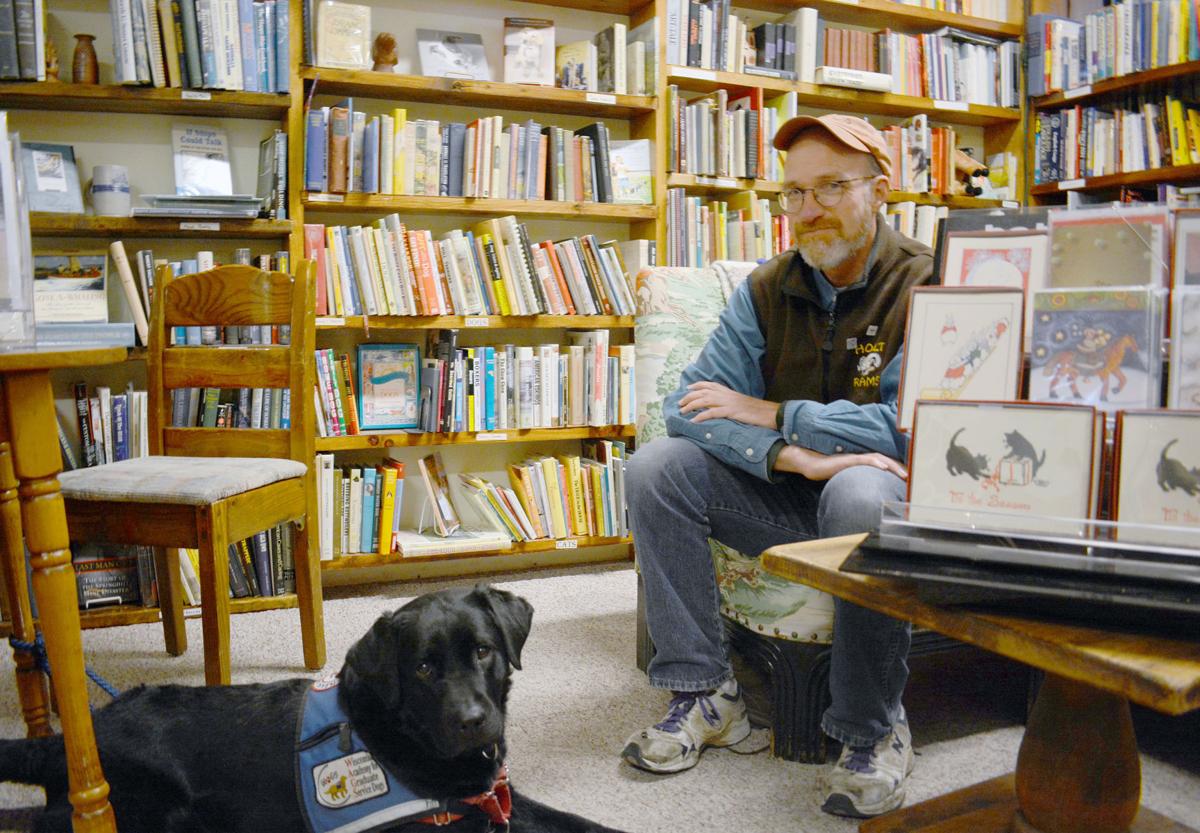 Rob Nelson and his service-dog-in-training, Zoey, hang out at the Village Booksmith on Thursday. Nelson is the new proprietor of the Baraboo bookstore.

Baraboo has a new “village booksmith” now that Rob Nelson has taken over as the proprietor of the downtown bookstore.

The Village Booksmith formerly was operated by longtime Baraboo resident Annie Randall, who passed away in August. Nelson bought the store from Randall’s partner, Walter Leutenegger, on Monday.

Nelson said he plans to maintain Randall’s commitment to community engagement, service and a wide selection of fascinating books, quirky cards and other offbeat merchandise.

“We’re going to make sure that we have a lot of quality books that people want to read and other things,” he said. “It’s sort of a refuge for the curious.”

Like Randall’s beloved golden retriever, Nelson even has a “service-dog-in-training” named Zoey that hangs out in the store.

Prior to taking over, Nelson worked part time at the Village Booksmith for eight years and was a customer even longer. He said a void was left in downtown Baraboo after Randall’s passing, and he wanted to try and fill it.

“There seemed to be a lot of public sentiment that people wanted to see the store remain open, so I decided to give it a try,” Nelson said. “As someone who’s familiar with the quirks and systems here, I felt like it was a good fit.”

Lydia Scott worked alongside both Nelson and Randall at the Village Booksmith over the past four years and said she’s confident he’ll be able to carry on the creative tradition Randall started.

“He’s committed to having the book store be a place that’s not just out to make money, but to really provide a cultural value for our city, which is really what the bookstore has been about since ever since it opened,” she said.

Nelson said the bookstore is putting together an events calendar and hopes to have it up and running by February. He said the Village Booksmith will continue to host live music, poetry and other performing arts as it did under Randall’s ownership.

“I’m working on trying to track down different musical guests and people who are interested in playing in a low-pressure, public, intimate space,” Nelson said.

He added that all credit accounts and gift certificates from the store will continue to be honored as well. The store also will begin buying books again, but sellers should contact Nelson to set up an appointment before bringing them in.

Nelson said it will be impossible to run the Village Booksmith with the same electric creativity as Randall, but he’s eager and thankful for the opportunity.

“We’re happy and excited to carry on the tradition of this great downtown institution,” he said.

Rob Nelson works the cash register at the Village Booksmith on Thursday. Nelson took over as owner and manager of the Baraboo bookstore on Monday.

Rob Nelson and his service-dog-in-training, Zoey, hang out at the Village Booksmith on Thursday. Nelson is the new proprietor of the Baraboo bookstore.