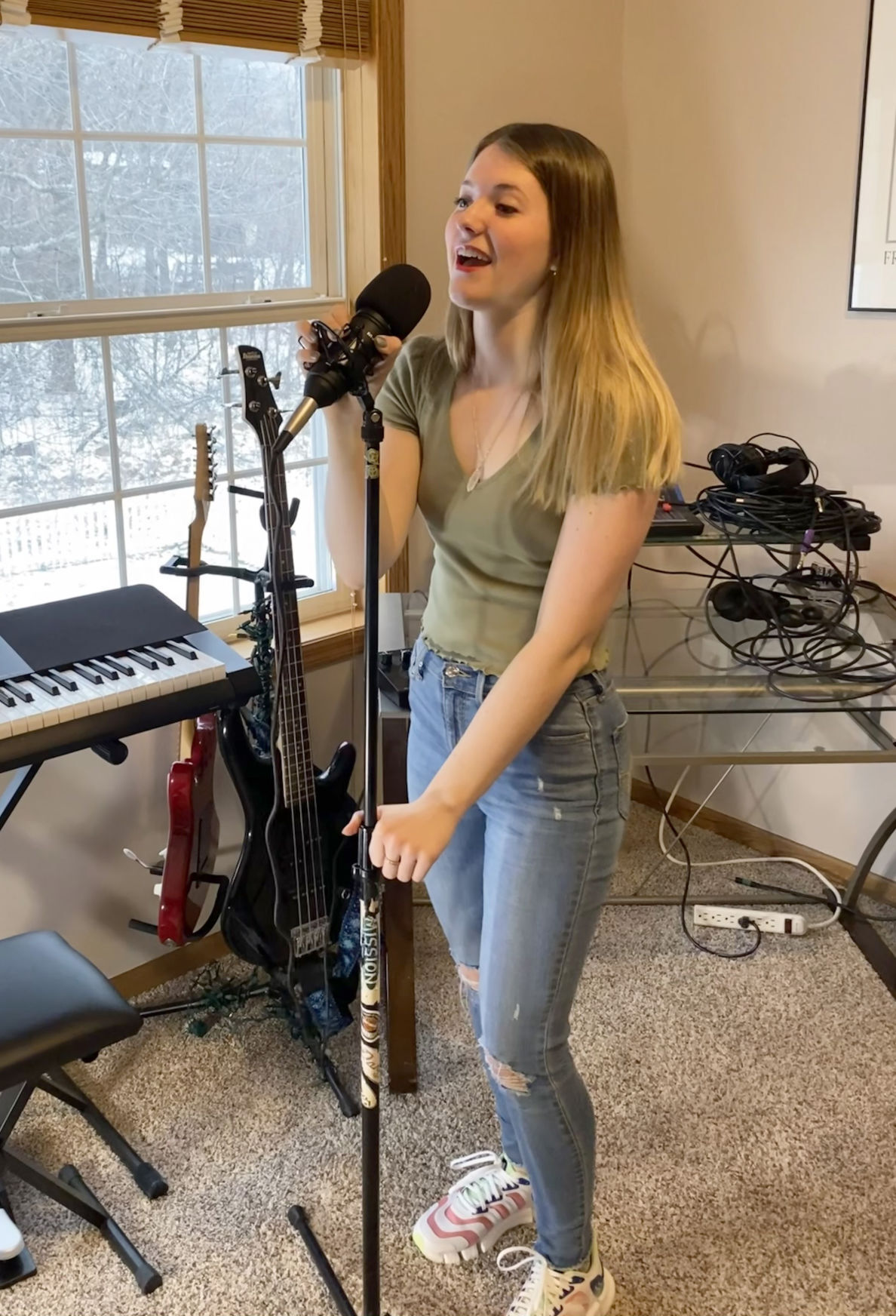 Danielle Baratone sings recently in her Baraboo home. She won three awards from the Madison Area Music Association this year for her first solo album, released in May, featuring four original songs. 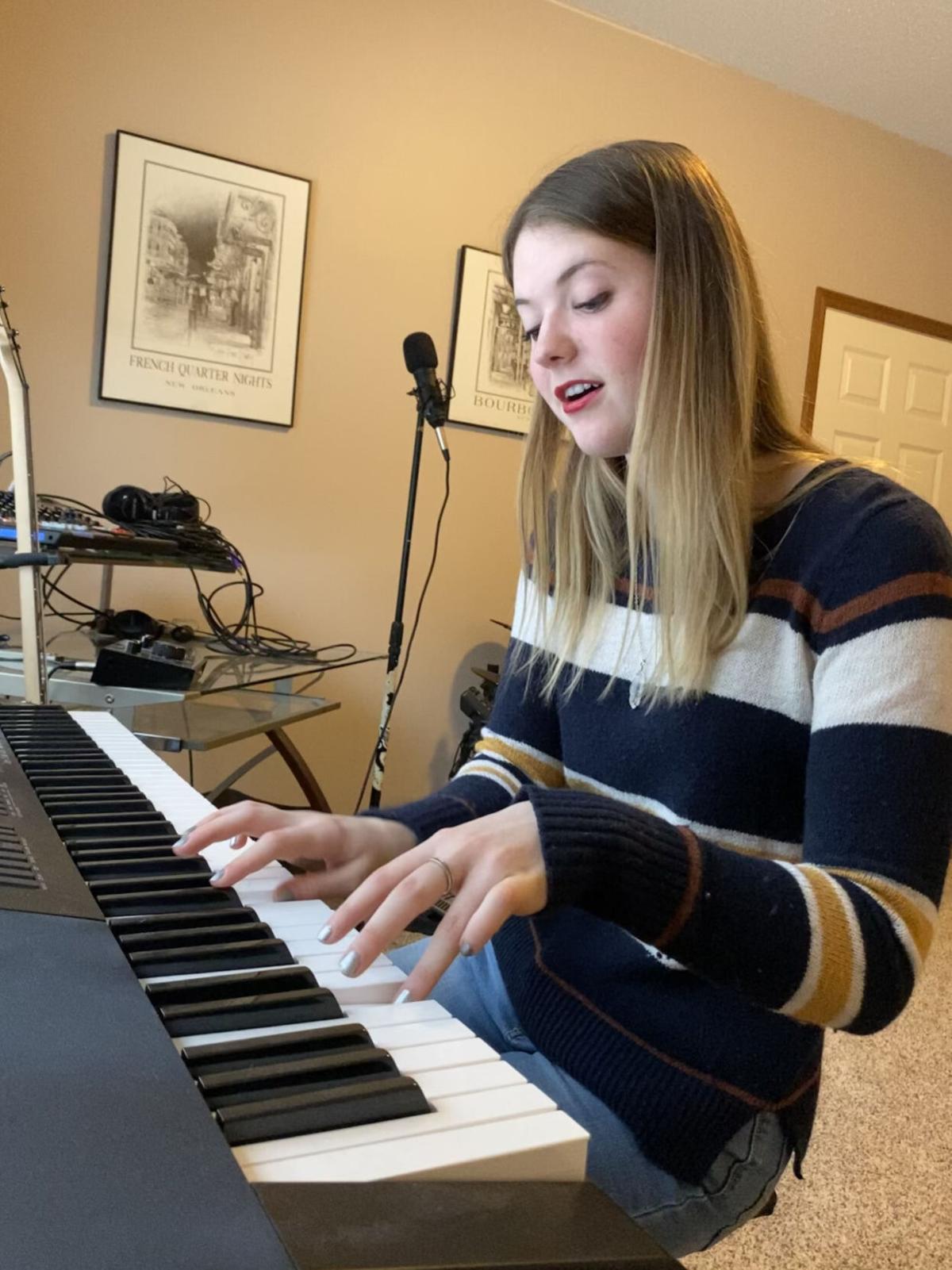 Danielle Baratone, a 2020 Baraboo High School graduate, practices her music at home in Baraboo. She won three awards from the Madison Area Music Association this year for her first solo album, released in May, featuring four original songs. 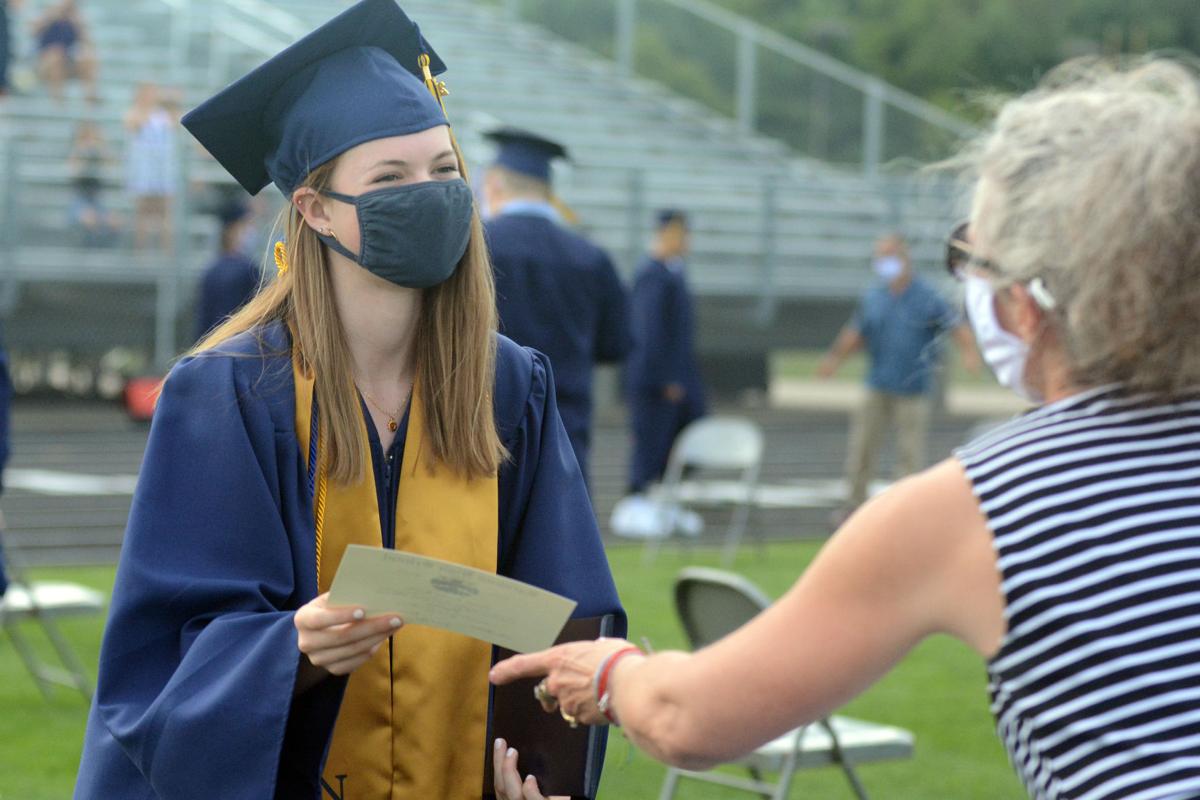 Less than two months after she walked across the outdoor graduation stage at Baraboo High School, Danielle Baratone started earning accolades in Madison for her music.

“I think she’s an amazing talent,” said Paul Schluter, Baratone’s producer, of Megatone Studios in Madison. “I mean, she has everything that you would need to break through and be huge, and the fact that she writes cannot be overlooked, because those songs are deep lyrically and just really good. She just has a natural sense.”

The Madison Area Music Association seems to agree. Baratone, 19, submitted her first album, “Cracked Reflections,” released in May, to the MAMA’s 17th annual awards. It’s an EP, featuring four of the first six songs she has ever written.

She said she didn’t expect to get anything. But in September, the organization emailed her.

She won three of the nine awards in MAMA’s youth category for 2020: Youth Album of the Year, Youth Female Vocalist of the Year and Youth Keyboardist of the Year. MAMA awarded her vocalist of the year once before, in 2016, and she previously received two exemplary soloist awards from the Wisconsin School Music Association.

A pianist since the age of 8 and a vocalist since “forever,” Baratone said music was just a hobby until she started writing her own music last year. The Baraboo native also played trumpet at BHS and knows some guitar and bass. This is the first year she said she would call herself a musician.

There’s a legacy in her talent: Her father, Dan Bullock, sang in Mission Blue, a hard rock band that performed around Madison before the turn of the century.

He also connected her with Schluter, Bullock’s own producer in the 1990s. Schluter said he hadn’t heard from Bullock in years until he called to ask if Megatone Studios would record his daughter and son, both musicians. COVID-19 got in the way before they could get to his son.

Schluter said Bullock was in the studio with Baratone for every session, helping to coach her. In Schluter’s experience as a producer and guitar teacher, children of musicians are “almost like superhuman musicians because it’s in their blood, and she definitely got a healthy dose of that,” he said.

Baratone, a freshman at UW-Madison, is hoping to get into the Mead Witter School of Music to double major in vocal performance and biology. She wants to be an optometrist while keeping music a “big part” of her life, she said.

Because of the pandemic, she moved back home to Baraboo after living for a couple of weeks in her dorm this fall. Online classes have kept her busy and COVID-19 has kept her from doing many live performances, but she did sing the national anthem at the Dec. 5 grand opening of Riverwood Senior Living in Wisconsin Dells. Baratone said the assisted living facility indicated it would like to bring her back regularly when the public health emergency ends.

She plans to devote more time to working on her music during the long break before next semester.

“Once I actually move to Madison (for school next year), I’m really hoping to get some gigs there and start doing some work with my music around Madison,” Baratone said.

When she does, Schluter said he’d love to work with her again. She deserved the MAMA awards, a significant accomplishment for someone her age, he said.

“I think if the right things happen for her, she has all the talent to be huge,” he said, noting her singing and writing. “Those are some of her earliest songs that she wrote, so I can’t wait to see what’s coming next.”

Her four original songs, “Cracked Reflections,” “Yours,” “Monsters” and “Who Cares,” can be streamed on Spotify.

What to Know About Omicron

In dark times, a splash of color, a little whimsy and some artistic talent can go a long way.

Kate Waldburger compares making jewelry to putting together a puzzle, a hobby she’s enjoyed for the past two decades. Waldburger recently brou…

Portage Center of the Arts reopens next month

Portage Center for the Arts reopens Sept. 9 with a new exhibit and additional safety measures after discontinuing most events and remaining cl…

Sisters Isabella and Nina Stout each normally would have shown numerous baking, arts and other projects for judging at the Sauk County Fair in…

January always feels like a long month and this year promises to be worse than most, but three Baraboo artisans want to help it feel better: T…

Danielle Baratone sings recently in her Baraboo home. She won three awards from the Madison Area Music Association this year for her first solo album, released in May, featuring four original songs.

Danielle Baratone, a 2020 Baraboo High School graduate, practices her music at home in Baraboo. She won three awards from the Madison Area Music Association this year for her first solo album, released in May, featuring four original songs.