The newest Congress convened Jan. 3 where Democrats took control of the House of Representatives, leading to a “split” Congress with Republicans in control of the Senate. We stand within one year of the 2020 elections. What has this Congress accomplished?

The succinct answer would be very little. Democrats in the House have been feverishly attacking President Donald Trump. Efforts to bring impeachment proceedings against Trump were pondered before he was the Republican nominee, and we’ve heard an endless drone of accusations. Democrats remain fixated on impeachment and nothing else.

With the discord in Washington, D.C, who suffers? We, as Americans, all suffer when Congress sits on their hands. Regardless of your opinions on how to address the challenges we face as a nation over our Southern border, no congressional action or real discussion taking place is disappointing to those across the spectrum of ideologies.

One measure not getting the press it deserves is a new North American trade agreement, the United States-Mexico-Canada Agreement, better known as USMCA. In simple terms, it would be an update of the North American Free Trade Agreement in effect since 1993.

There is a large swath of bipartisan support for USMCA. President Bill Clinton’s chief of staff during NAFTA, Mark McLarty, shared his thoughts in an Oct. 4, 2018, Detroit Free Press story, “Congress passed NAFTA in early fall of 1993 and McLarty proudly noted that it passed on a “bipartisan basis.”

“The agreement was very important, it was a critical element that showed sustained engagement by the United States with Canada and Mexico,” McLarty said.”It strengthened the North American platform and competitiveness, while improving the relationships between the three countries.” So on Oct. 1, when McLarty heard the news that an updated trade pact had been reached with Canada and Mexico, he said he let out a sigh of relief.

A United States Department of Agriculture fact sheet provided some USMCA highlights, stating “America’s dairy farmers will have new market opportunities in Canada for a wide variety of dairy products. Canada also agrees to eliminate the unfair milk pricing program that allow its farmers to undersell U.S. producers.” This is a good deal for thousands of Wisconsin’s dairy farms. The opportunity to be more competitive in new markets. What’s the holdup?

Pocan issued a press release regarding USMCA on Nov. 30, 2018. “Despite the United States, Mexico, and Canada signing the NAFTA 2.0 agreement today, this deal is incomplete. The agreement as currently negotiated will not stop the damage done by NAFTA, including job outsourcing, wage suppression, and environmental degradation. In order to gain widespread support of Democrats in Congress, the agreement must contain swift and enforceable labor and environmental standards and must reverse special protections for corporations. We have been clear about these goals from day one, and I will continue to push the Trump Administration in the upcoming months to fulfill their promise of a new trade framework that supports working families.”

Despite Pocan’s obfuscation, the agreement helps “working families” like dairy farmers. In a July 10 press release the International Dairy Food Association supported USMCA, stating, “The U.S. dairy industry is urging Congress to quickly ratify the U.S.-Mexico- Canada Agreement (USMCA) with an outreach campaign highlighting the importance of the agreement to the success of America’s dairy farmers and manufacturers.”

In the past year, Pocan has provided no updated press releases regarding USMCA. Impeachment fever and political posturing is far more important to congressional Democrats.

A Nov. 1 Bloomberg story summed up the Democrats’ stance on USMCA: “House Speaker Nancy Pelosi said President Donald Trump’s new NAFTA agreement is the “easiest trade deal that we’ve ever done.” Then why, Speaker Pelosi isn’t it done? Iowa Sen. Chuck Grassley stated, “The Democratically-controlled House of Representatives looks increasingly less likely to act this year on USMCA. That threatens passage of the trilateral trade deal this Congress, as next year is a presidential election year,” he said in an Oct. 23 speech. Grassley also described Democrats’ approach to the negotiations as “stalling tactics.”

Democrats don’t want USMCA to become the new NAFTA, because improving trade agreements with our closest partners may be viewed as a win for Trump and his negotiating skills. Democrats won’t bear good news for Trump. For Democrats, playing partisan politics is more important than improving the lives of constituents. Losers in this hubris are the American people.

Congress, get your act together, and pass USMCA.

Commentary: Arkansas, Kansas, South Carolina! What are you thinking? Shut down now!

I've got some words for the governors of Alabama, Arkansas, Missouri and the eight other states that have yet to adopt statewide stay-at-home orders to stop the spread of the coronavirus pandemic. And they're not nice words. What the #@(ASTERISK)& are you waiting for? As I was writing this, the confirmed cases of COVID-19 across the globe topped 1 million, nearly a quarter of them in the ...

Coughing is now a doubly serious concern for Asian Americans. Like everyone else, we're afraid of contracting the coronavirus. As a racial group, we have an additional fear: being profiled as disease carriers and being maliciously coughed at. After news of the coronavirus broke in January, Asian Americans almost immediately experienced racial taunts on school campuses, shunning on public ...

Commentary: Meat markets breed killer diseases. Are we just going to ignore them?

President Donald Trump proclaimed himself the "king of debt" during the 2016 campaign, and he does have a long history of borrowing huge amounts that he often repays. So it was curious to see a tweet from him on Tuesday that grossly misstated the cost of federal borrowing. In the tweet, Trump reaffirmed his on-again, off-again support for a giant federal effort to improve roads, bridges and ...

Landers column: A light at the end of coronavirus crisis

My nephew, Phillip, gets up and trudges off to work in the middle of the night. He drives a truck delivering food to our area stores. He puts …

Commentary: Not all is equal with coronavirus

As I hunker down in my house, protected from COVID-19, I know that there are those without homes who expose themselves to coronavirus everyday. I stuff my refrigerator with groceries to limit venturing out, but know too many can't afford to stockpile food. Friends have ventured into low-income neighborhoods to find hand sanitizer, meat and toilet paper, where people don't have the means to ...

Commentary: If you're 'essential' enough to work through a pandemic, you're essential enough to be paid a living wage

My first trip to Trader Joe's since the start of California's coronavirus lockdown had all the trappings of order and security. A polite line formed out front, with everyone keeping a respectful and socially distant 6 feet apart. No more than 50 people were allowed in the store at the same time. A worker squirted a dollop of sanitizer into the hands of each and every shopper entering the ...

NASH COLUMN: Coronavirus: Learning how to appreciate things we took for granted

Most of us are at home right now, adjusting our habits to preserve our lives and those of others. Although the restrictions may seem overcauti…

We find ourselves in a most unusual time. The coronavirus pandemic has gripped us like few matters in recent history. Times are few when gover…

Commentary: Trump isn't alone in worrying about closing churches during the pandemic

President Donald Trump was widely criticized after he said that "I'd love to have the country opened up and just raring to go by Easter." The most important holiday on the Christian calendar, he added later, would be a "beautiful time" to have "packed churches." For some, the president's suggestion about an Easter reopening was a subset of his seeming overeagerness to revive the economy by ... 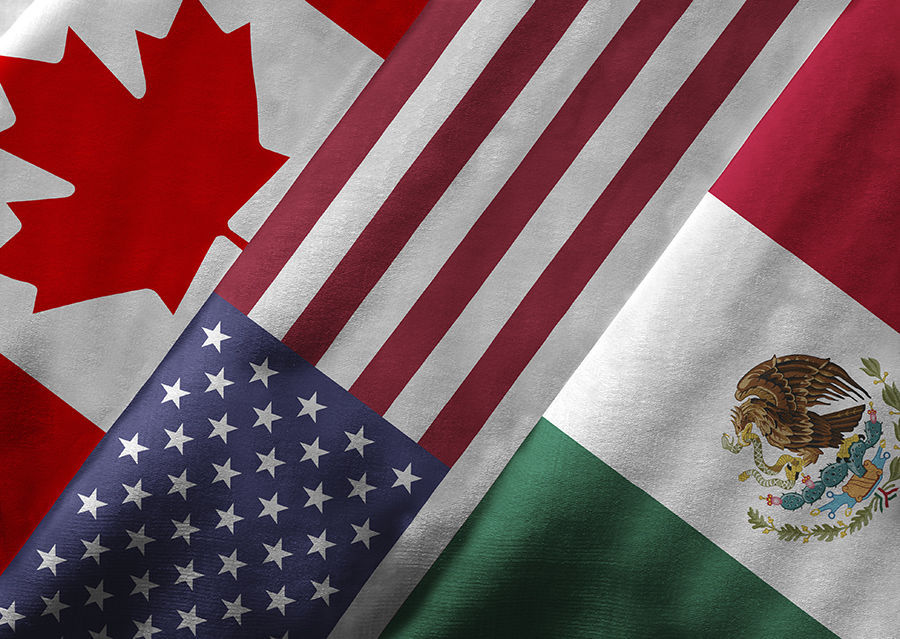 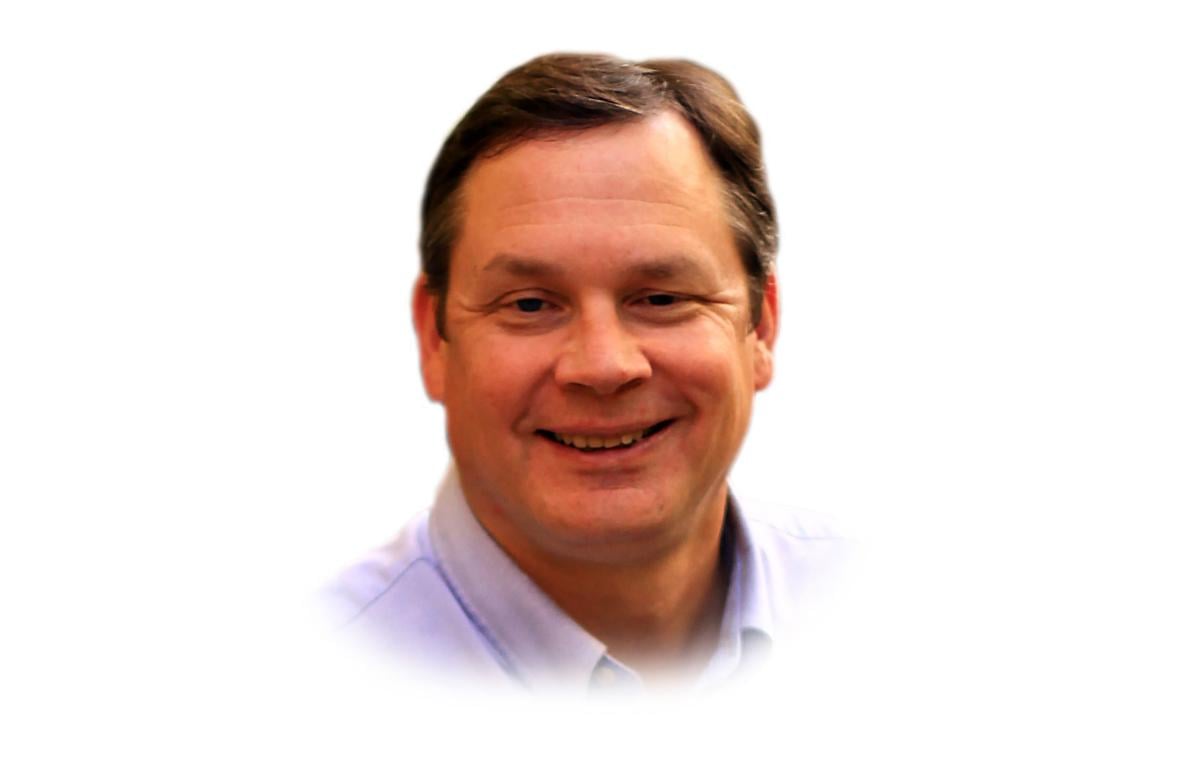