Nepotism, says Dictionary.com, is “patronage bestowed or favoritism shown on the basis of family relationship, as in business and politics.”

The concept is alive and well in Washington, D.C.

The Hill reports Chelsea Clinton reaped a $9 million stock gain since 2011 by sitting on a corporate board controlled by her mother’s rich friend, Barry Diller.

Corporate board members are supposed to be chosen for experience and skills. Since the 2002 Sarbanes-Oxley corporate reform law, they must meet stringent requirements.

Perhaps Chelsea’s academic achievement and Wall Street work experience meet those requirements. But it’s also true that her mother, who was Secretary of State when Chelsea was appointed, is good friends with the media mogul who runs the company that made Chelsea rich.

The Trump White House is full of family members holding positions of power.

No small number of children of Trump friends and supporters, reports The Daily Beast, have found their way into cushy government jobs and appointments.

If only President Trump and other political leaders followed the example set by our first president.

George Washington was rightly concerned about appointing people to positions of power based on merit, not family connections.

“When American colonists revolted against Great Britain, they were rebelling against a system of government fueled by inherited power and nepotism,” reports Smithsonian Magazine.

Washington knew his actions would set the tone for future presidents.

“He marked out a firm line while still president-elect in the spring of 1789,” the magazine says.

“He would ‘discharge the duties of the office with that impartiality and zeal for the public good, which ought never to suffer connections of blood or friendship to intermingle,’ he told a friend.”

Washington told another friend that he “would not be in the remotest degree influenced, in making nominations, by motives arising from the ties of amity or blood.”

They didn’t hold political office, but weren’t without influence and power.

My father worked for “the phone company” — now Verizon — and for many years sometimes “borrowed” its black electrical tape. We came to call it “Purcell duct tape.” We used it for everything: bicycle repairs, sticking fliers on the refrigerator, makeshift bandages, etc.

I benefited personally from more than $100 worth of “free” tape — tape that my family never had to pay for — over two decades.

My mother had influence. Her friendship with one of the St. Germaine Catholic School lunch ladies got me an extra slice, free of charge, on more than one Pizza Friday.

Another good friend of hers approved my VFW Post 6664 membership without the usual, proper vetting process.

To make amends, I’ll donate $100 to a local charity and admit what happened to the VFW board.

I’ll do that because I feel guilty about benefiting from nepotism. But our political leaders, increasingly unfamiliar with the concept of shame, will happily continue their nepotism — so long as we let them.

FROSTMAN COLUMN: Thousands gather to hear the president, including me

The raucous crowd of more than 12,000 packs into the University of Wisconsin-Milwaukee Panther Arena, anxiously awaiting the president’s arriv…

REAGAN COLUMN: Democrats wasting our time on a baseless impeachment

I must have said it a dozen times since the Democrats’ impeachment miniseries took over our televisions, but I’ll say it again.

Commentary: Terminally ill people should have the right to choose when they die

While there is universal agreement among members of a free society that everyone deserves a dignified life, the right to a dignified death is not yet guaranteed for every Maryland citizen. That might be about to change - as it should. The central dilemma for dying people is that, in spite of the loftiest intentions, the most sophisticated medical treatments and a range of strategies to ...

STELLPFLUG COLUMN: Lack of fashion sense now puts me in vogue, in a way

Not everyone has the shopping gene or perfect fashion sense. I am not sure if we acquire good taste or if we are born with it, but those of us…

This year, even more than ever, our votes will determine and affect our, and our country’s, well-being. That’s why it’s so important to vote i…

On Jan. 17, Michelle Obama's birthday, the Trump administration proposed rollbacks in nutrition standards in the school meal program. Under the proposal, legumes and potatoes will count as vegetables, fewer fruits will be served at breakfast and a la carte meals will allow students to select items high in fat. The result will be increased access to foods like french fries, hamburgers and other ...

Landers column: A wish for a dog park

I will occasionally get asked if I have any regrets from my three terms as mayor. I do, and no its not wearing a Bears jersey in the WhoZhaWa …

Commentary: Harry and Meghan are out. Why couldn't the palace make this work?

The message from Buckingham Palace to Queen Elizabeth's grandson, Prince Harry, and his wife, Meghan Markle, was clear: You're in or you're out. There is no part-time work for royals. Harry and Meghan chose out. That's kind of sad. And surprising. What - they couldn't all work this out? I get it that, barely two years into a marriage that was supposed to signal a breathtaking infusion of ... 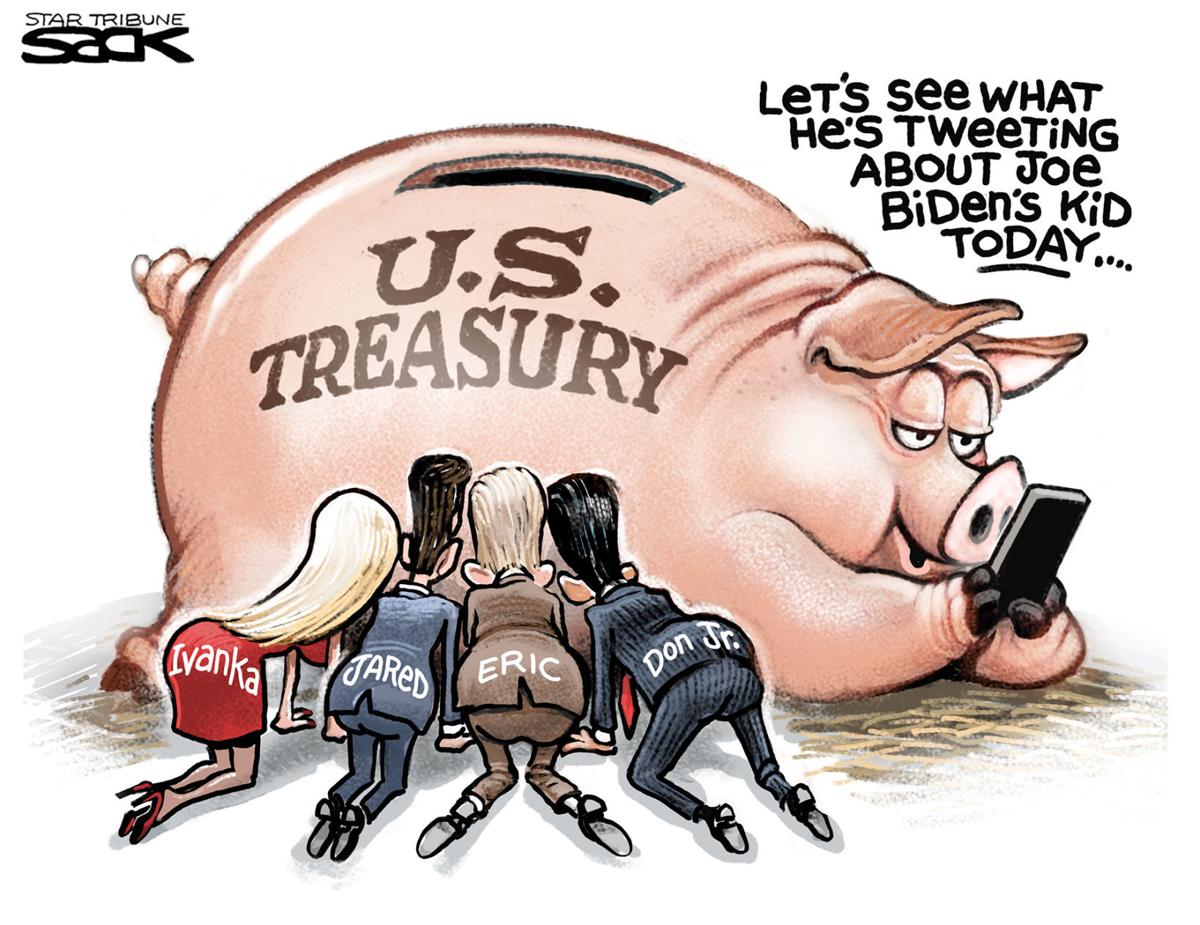