The trade wars are hitting me where it hurts.

One of my few respites from these rough-and-tumble times is to sit by an autumn bonfire with good friends, a Leaf and Bean cigar and some fine Scotch whisky.

But, reports Forbes, the U.S. government announced last week a “25% tariff on all single malt Scotch whisky imports, as part of a wider set of tariffs aiming to punish the European Union.”

As of Oct. 18, Scotch whisky — and Parmesan cheese from Italy and olives from France and Spain, tasty goods I also enjoy — will be more expensive.

Regrettably, that means I have to pay attention to government trade actions — which is about as fun as spending hours watching spirits be distilled.

Forbes says the origin of my costly hooch woes dates back to 2004, when the U.S. got steamed that the EU was subsidizing Airbus’ development of its A380 and A350 planes, which made competing harder for America’s Boeing.

To retaliate, the U.S. raised tariffs on the EU, which caused the EU to raise tariffs on, among other things, American bourbon, which led the U.S. to raise its tariff on Scotch whisky.

I’m certainly no expert on tariff diplomacy — I found trying to grasp Economics 101 at Penn State University unpleasant — but it seems much like a playground fight among children:

Investor’s Business Daily explains that tariffs used to be how America paid its bills — until 1913, with the introduction of the income tax (and later, payroll taxes).

Since then, tariffs had steadily trended lower — until recently.

“Before Trump took office, half of U.S. industrial imports entered the country duty-free, with no tariff imposed,” IBD says. “In 2016, the average U.S. tariff rate was 1.6% across all products, according to the World Bank. … After Trump’s escalation of tariffs in May 2019, the average U.S. trade-weighted tariff rate stood at about 7.5%, according to a Deutsche Bank calculation.”

China, no stranger to unfair trade tactics, is a primary target.

Now we’re in a bona fide trade war — which isn’t going well. The trade deficit is getting worse, not better. Americans are paying more for low-cost imported goods they depend on. And American farmers, who depend on exports to pay their bills, are getting hurt as China retaliates.

It’s a game of chicken that’s imposing uncertainty and pain on global markets, including ours.

I don’t know how it’s going to turn out. But I do know these stresses and strains get more troubling by the day.

They’re so troubling that I can’t even escape them by sitting by an autumn bonfire with good friends, a Leaf and Bean cigar and some fine, though ever-more-costly, Scotch whisky.

After having about 30 jobs, not including 15 years farming, I’ve been lucky to have only five horrible bosses. The longest I worked for any of…

Commentary: Harvey Weinstein's sexual assaults were about power, not intimacy

Last week the world watched as disgraced movie producer Harvey Weinstein shuffled into the court room for a criminal trial for two of the women who accused him of sexual assault and harassment. Meanwhile, on the same day on the other side of the country, it was reported that new criminal charges were filed against him in Los Angeles County, alleging that Weinstein raped one woman and sexually ...

The frenetic holiday season has now passed. The dull grayness of January and seemingly ceaseless cold has set in. Days are getting longer, but…

You’re excused if you didn’t hear about the latest impeachment “bombshell” that exploded in the media on Wednesday.

PURCELL COLUMN: Nepotism will continue as long as we allow it

Commentary: What took Christianity Today so long to confront Trump?

Since the 2016 presidential election, I've written and lectured frequently about the death of evangelicalism, how a movement once distinguished for its concern for those Jesus called "the least of these" systematically and determinedly debased itself by aligning with the far-right fringes of the Republican Party. Beginning with Ronald Reagan in the late 1970s, evangelicals turned their backs ...

Commentary: The Nazis murdered my ancestors. So why do I want to become a German citizen?

was a catastrophic month for my German ancestors. On Aug. 5, the Nazis herded my great-grandfather onto a train in Berlin bound for the Theresienstadt concentration camp. Five days later and 650 miles away in Paris, they rounded up my grandfather, who had tried to escape to France, and forced him onto a transport headed to Auschwitz. Both were exterminated at their final ...

It’s not every day you get to make a new friend from half-way around the world. Yet every year in January, a lucky group of families from the …

Landers column: A resolution of love

So here I am, the morning after Christmas sitting at the dining room table with my MacBook open, blank word document, wondering what to write … 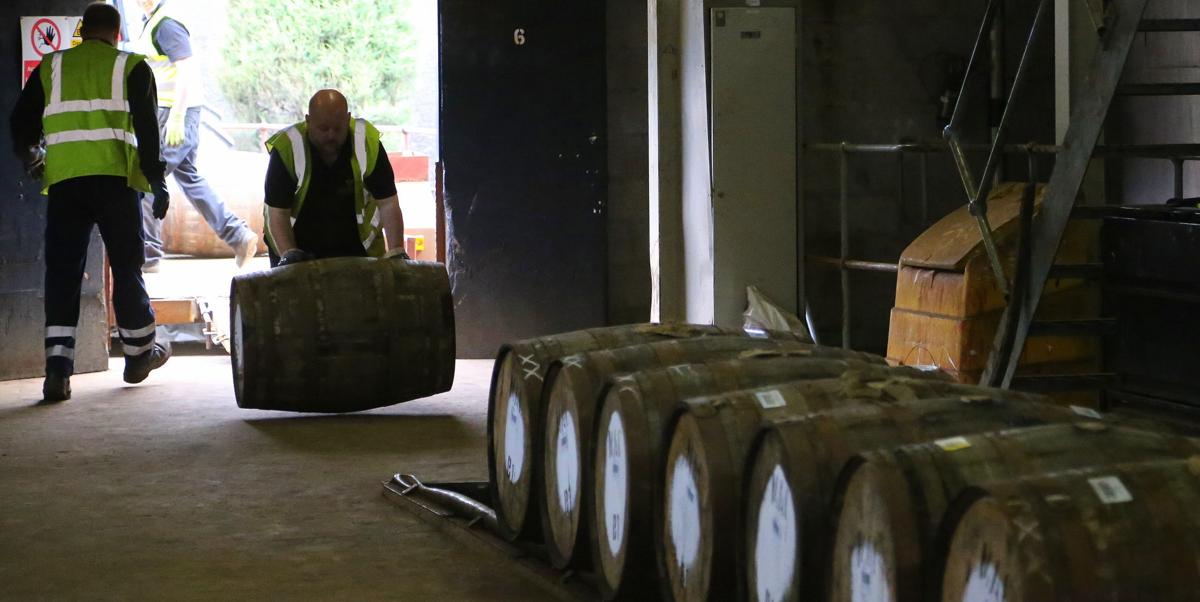 A worker rolls in a barrel of whisky in June 2016 at The Macallan distillery in Craigellachie, Scotland.