The news release from state Attorney General Josh Kaul’s office at the end of September was most welcome.

Kaul announced that Wisconsin was joining a coalition of 28 other attorneys general to push back on the Consumer Financial Protection Bureau’s astonishing new debt collection rules.

They were astonishing because they showed just how far the Trump administration has gone to completely neuter the bureau, an agency created to protect America’s consumers against the abuses of the financial industry — abuses that were instrumental in creating the Great Recession of 2007-08.

Instead of building on that, however, the bureau under Trump is retrenching.

As Kaul pointed out in a letter to the bureau, the new rules allow debt collectors to place up to seven calls per week for each debt that a consumer may have, allow an unlimited number of electronic communications and fail to protect the debtor’s privacy by giving the collector permission to talk to anyone who may answer the phone. Additionally, the new Trump administration rules allow debt collectors to take advantage of consumers who fundamentally don’t understand their rights, and open the doors for collectors to file lawsuits that drain yet more money from those already deeply in debt.

But this kind of behavior under Trump’s tutelage is par for the course. Early on, when Trump replaced Barack Obama’s Consumer Financial Protection Bureau administrator Richard Cordray with Mick Mulvaney, now the president’s chief of staff, one of this tea party Republican’s first acts was to rescind rules governing payday loan predators.

As a congressman, Mulvaney was a big defender of the payday parasites, and not coincidentally, received thousands of campaign contributions from them. As everyone knows by now, conflicts of interest don’t mean a thing in this administration.

Since Mulvaney is now Trump’s beleaguered chief of staff, he’s been replaced at the bureau by Kathy Kraninger, a former Homeland Security official who believes the consumer bureau is unconstitutional in the first place and should be dismantled. Yup, another fox in the hen house, helping “make America great again.”

What’s so sad is the consumer protection bureau in only its first few years has helped tens of thousands of Americans who were overcharged with unfair fees on bank accounts and credit cards. It wrote new rules so consumers could challenge unfair mortgage practices, has been monitoring the student loan industry for fraud and deceit and is keeping an eye on financial gimmicks like the ones that brought the American economy to its knees in 2007-08.

In 2017 alone, the bureau, under Cordray’s direction, recovered $12 billion for consumers from financial institutions found to be engaging in unfair practices.

The bureau was created in 2011 as part of the Dodd-Frank financial reform act to prevent another economic meltdown. It was actually the brainchild of Elizabeth Warren, then a Harvard Law School professor and now a U.S. senator running for the Democratic presidential nomination.

The story of how Warren promoted the idea, and how she was able to get Congress to make it law, is a classic example of how one citizen can bring about change to help ordinary Americans have a fighting chance against the entrenched special interests.

Warren not only set up its structure, but was involved in recruiting investigators and consumer advocates to staff it. President Barack Obama elected, however, not to make Warren its first director, but picked the equally competent Cordray instead.

And he made it work the way Warren had intended.

But now it’s taken just one man to begin tearing it down, just like he’s done with nearly everything that Obama’s administration created — from chipping away at the Affordable Care Act to dismantling anything designed to battle climate change.

It’s unlikely Kaul’s letter will change any minds in the Trump administration, but someone needs to hold some feet to the fire. We’re rapidly returning to the days when ordinary citizens had to fend for themselves, outmatched by those with power and money.

Dave Zweifel is editor emeritus of The Capital Times. He can be reached by email at dzweifel@madison.com and on Twitter @DaveZweifel.

Commentary: While the US rushes to develop a COVID-19 vaccine, here's what science tells us

If there is a silver lining to the flawed U.S. response to the coronavirus pandemic, it is this: The relatively high number of new cases being diagnosed daily - upward of 20,000 - will make it easier to test new vaccines. To determine whether a vaccine prevents disease, the study's subjects need to be exposed to the pathogen as it circulates in the population. Reopening the economy will likely ...

Commentary: US economy needs to reset, not restart

The disproportionate COVID-19-related death rates and job losses suffered by communities of color in the United States are a stark reminder of the glaring systemic inequities baked into our economy. Getting back to "normal" will only serve to deepen these disparities. Instead, we need a top-to-bottom shift in our economy that puts the health, prosperity and resilience of all people - whatever ...

These past few months have taken a serious toll on every American; especially those who recently lost their jobs and are struggling to find work, keep food on the table for their families, and do everything possible to avoid becoming sick themselves. The coronavirus has attached its tentacles to almost every aspect of our lives and has placed enormous strain on the 1.5 million local, regional ...

In July 2001, a 28-year-old woman named Lori Klausutis fell and hit her head on a desk at work in Fort Walton Beach, Fla. She was found dead the next morning. The medical examiner concluded that there was no foul play, and it later turned out that Klausutis had an undiagnosed heart condition. There would be no reason today to publicly discuss this tragic accident, but for the fact that ...

For the past several weeks, presumptive Democratic presidential nominee Joe Biden has been conducting his campaign from his basement. Biden sh…

Commentary: My wife and I just gave away a small library. It hurt

If there's a silver lining to living in virtual lockdown, it's this: Plenty of time to attack those lists of "things we should do around the house." Which is how we came recently to complete a book purge, ultimately donating 27 boxes to a used bookstore, getting rid of six overflow bookshelves in the garage and moving one other back into the house. Now, for the first time in two decades, we ...

Commentary: Trump says a lot of idiotic things. Taking them seriously gives him too much credit

It has often occurred to me that the appropriate response to some of the ridiculous things President Donald Trump utters is: "He's an idiot." Don't get me wrong (as op-ed writers like to say). I'm not impugning Trump's IQ. By "idiot" I mean something a bit different: that Trump often doesn't know what he's talking about. (That doesn't exclude the possibility that some of his misrepresentations ...

Plain Talk: Mitch McConnell, shill for Trump, is forced to apologize for another Obama lie

Glory be! “Moscow Mitch” McConnell actually has been forced to apologize for yet another lie he told about former President Barack Obama.

Commentary: I lost my mother to COVID-19. Here's why we must face the coronavirus threat honestly

In mid-April, I received a message from the nursing home in Connecticut where my mother lives. When I called back, a doctor told me, "your mother has a fever." Those were words I'd been dreading and expecting. "We assume it's COVID," the doctor said. My 80-year-old mother was comfortable for the time being. Her fever wasn't very high and she was breathing okay. But the doctor said not to take ...

The latest edition of the “Hightower Lowdown,” the semi-monthly newsletter produced by my favorite progressive gadfly, Texan Jim Hightower, ma… 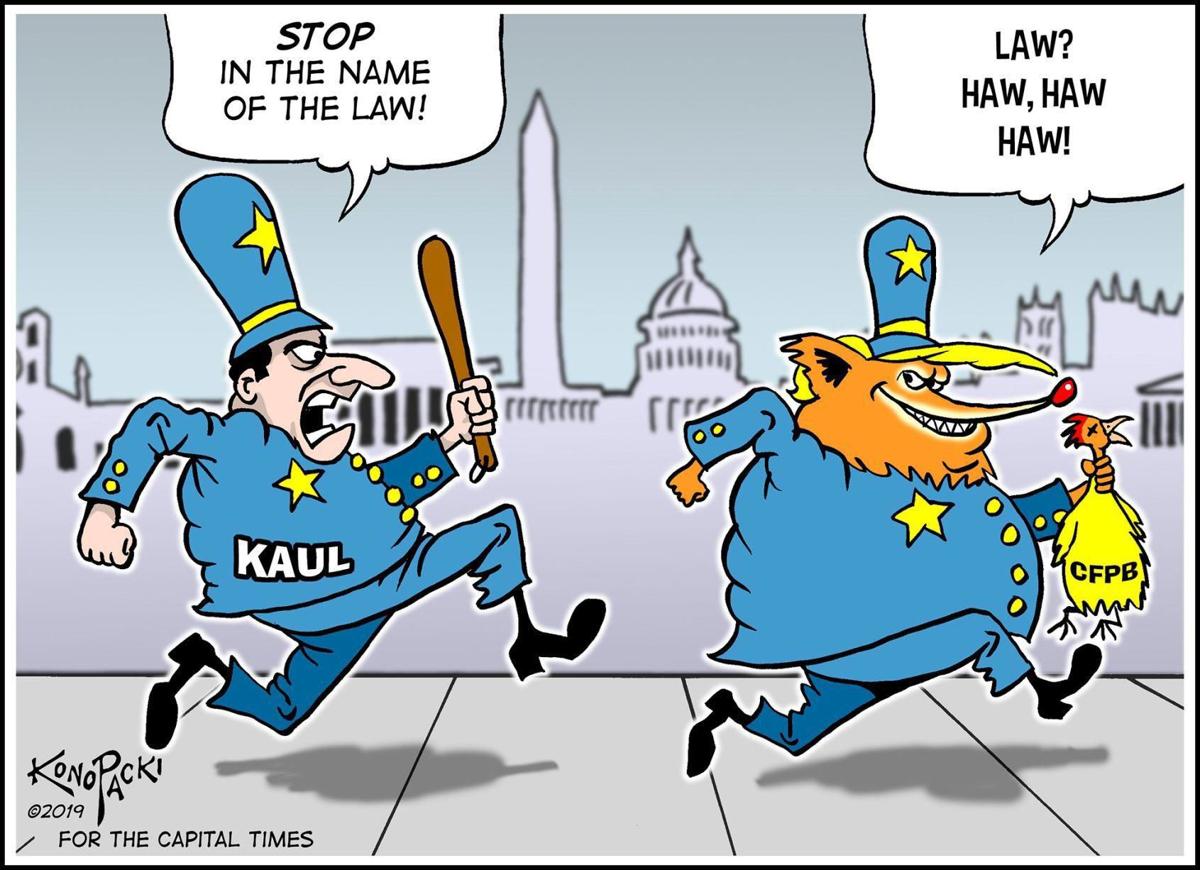