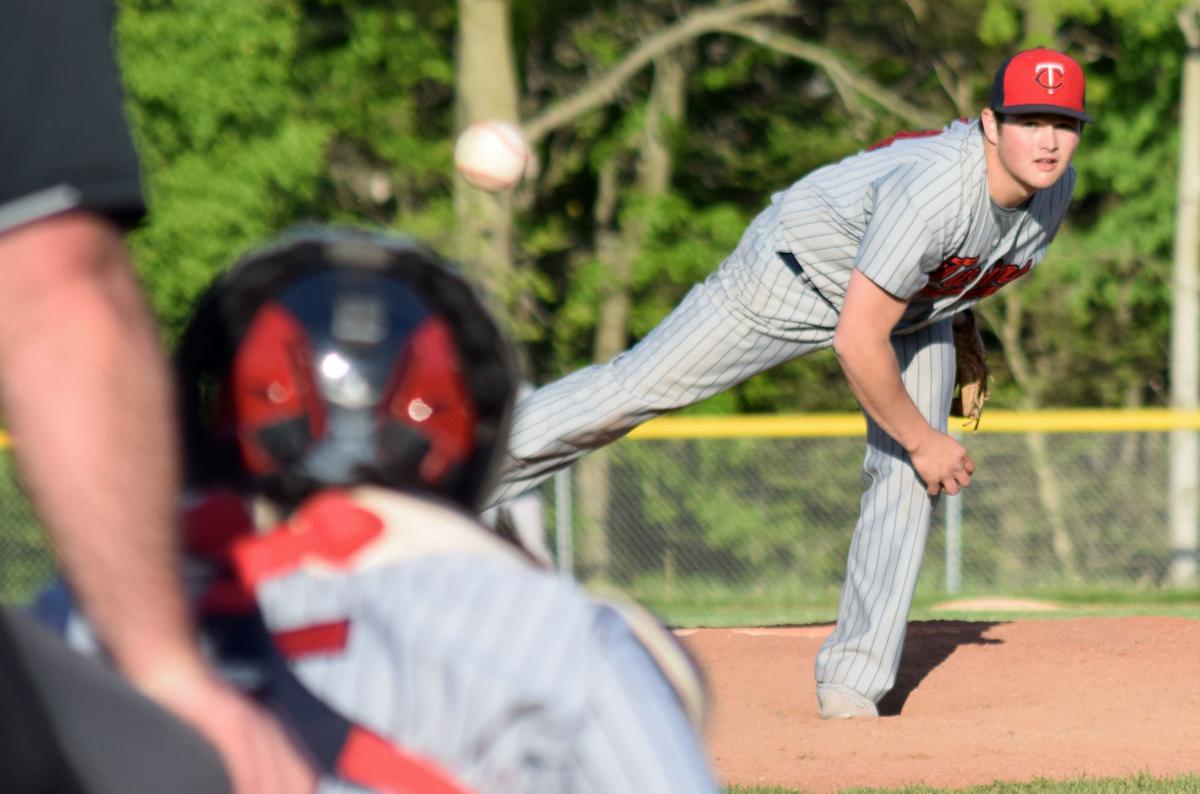 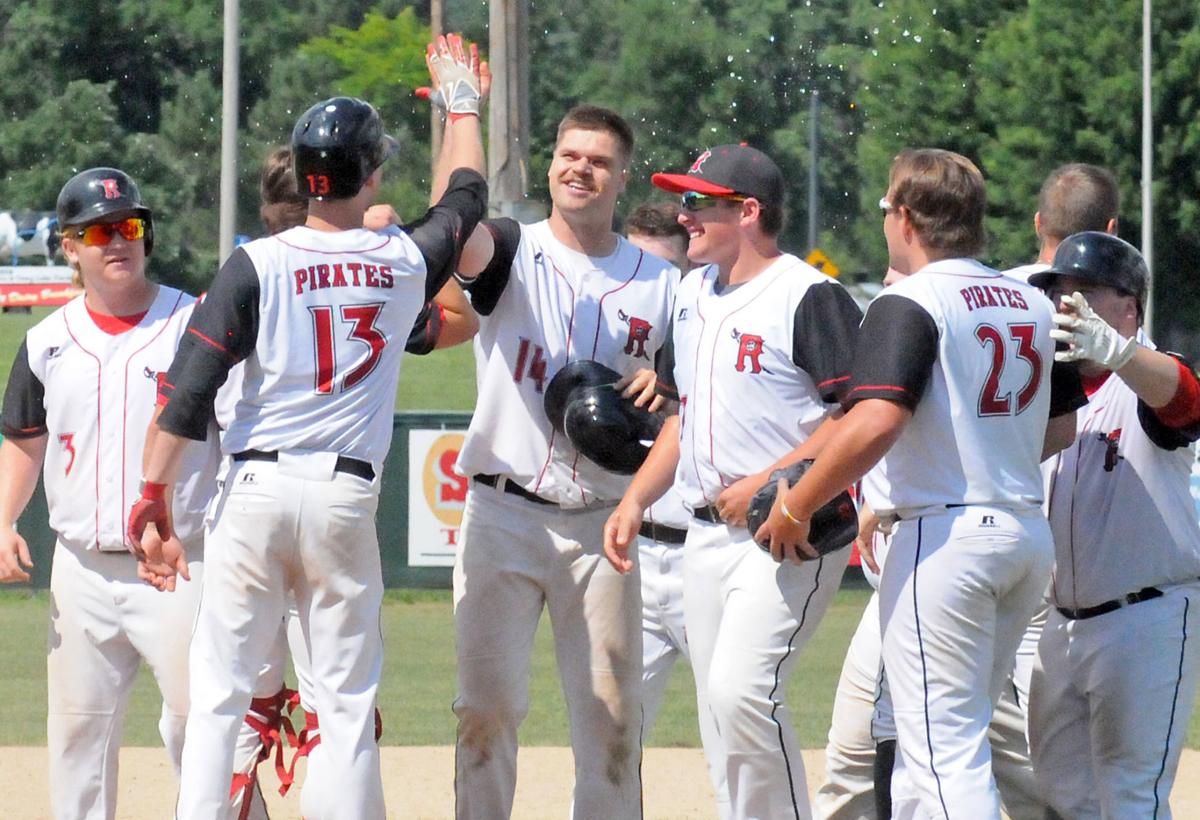 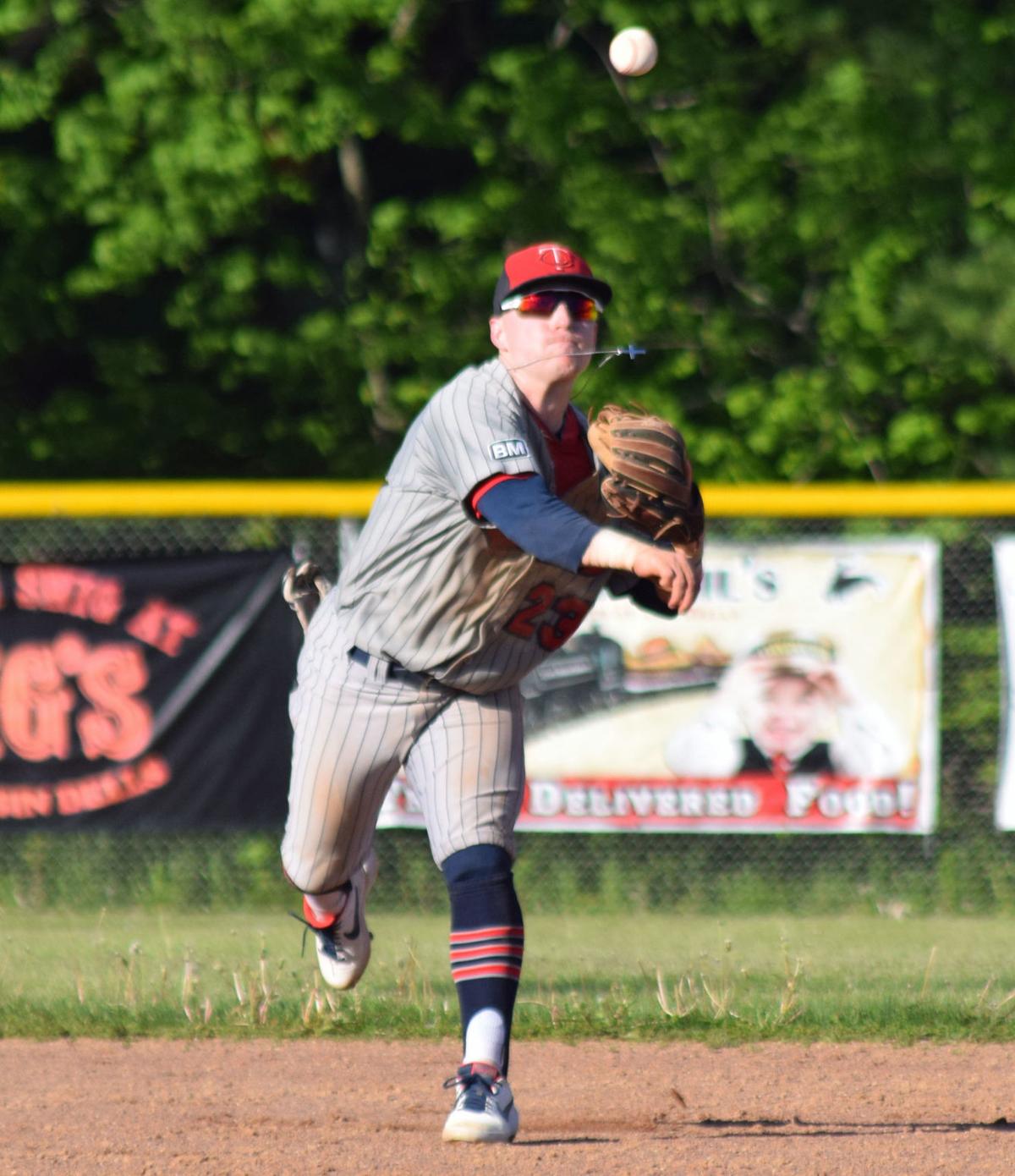 Sauk Prairie shortstop Alex Mayer whips a throw to first base for an out during a Home Talent League Northern Section game against Wisconsin Dells last season. 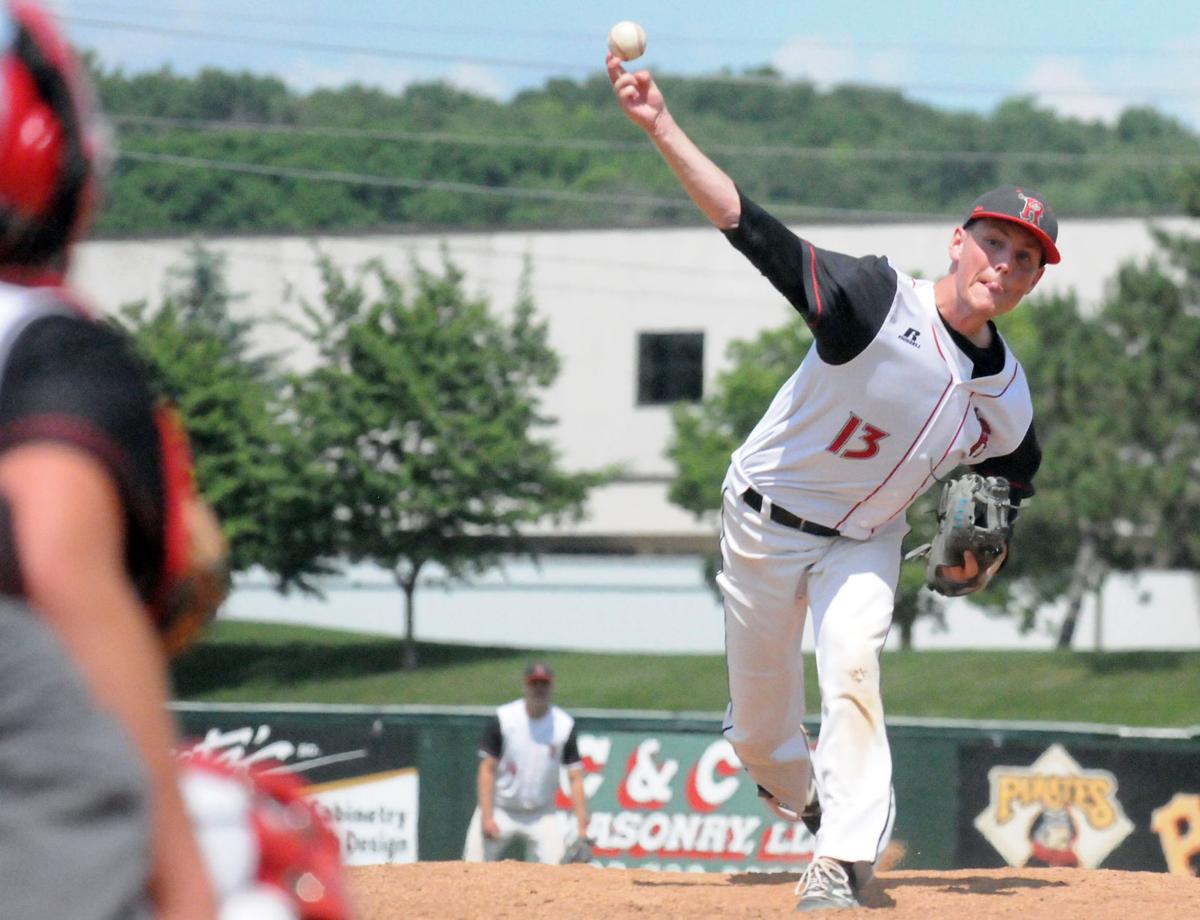 Reedsburg's Steve Gavin delivers a pitch during a home game against Black Earth at Nishan Park in 2018.

With the official Home Talent League season struck out for 2020, area teams are debating the best course of action moving forward while dealing with the COVID-19 pandemic.

The executive board of the 40-team adult amateur baseball league, which made its debut in 1929, voted last Friday to call off the 2020 campaign with opening day slated for July 4 due to escalating insurmountable roadblocks presented by the coronavirus.

After an initial positive COVID-19 case was reported by a player in the league two weeks ago, HTL commissioner Pat Reilly proposed a three-strike policy, that if two more cases were confirmed, the league would end the sponsorship and postseason for 2020. Ultimately two more positive cases were identified, forcing the league’s hand to put player and fan safety over playing games.

“I’m one of the representatives for the Northern Section, so I’ve been involved in the conversations about this for a while, so I kind of knew it was coming,” Sauk Prairie Twins player/manager Lucas Koenig said. “Keeping that in mind, I was definitely ready to play ball on July 4, and the last couple weeks when teams started playing exhibition games, a couple teams had reported positive tests and guys would be quarantined.

“It definitely changed my outlook on the season.”

“Yes, our league portion of the season has been canceled, which obviously is disappointing, but I kind of expected it and with the recent spike I believe it’s the right decision,” Reedsburg Pirates manager Don Molitor added in a written statement.

The decision by six teams, including defending champion Verona, along with Monona, West Middleton, Lake Mills, Mazomanie and DeForest, to withdraw from league play complicated matters and things only more compounded by the Badger Bounce Back guidelines. Baseball fields inside Dane County are still unavailable, putting even more stress on half of the league’s competitors.

“It really just made it really real for the league, and missing work for a few weeks is a pretty big issue for a lot of people,” Koenig said. “I guess when that happened, I thought it would be an isolated incident, but for our game this past Thursday against Utica, we got a text on Wednesday saying that they had a guy with a positive test.”

While the official HTL season and subsequent postseason have been canceled, leading to the first season without a league champion since 1948, some teams have already been playing non-league games. Reilly and the rest of the executive board have given teams the green light for that to continue.

Reedsburg is among those teams that had already hit the diamond ahead of the scheduled start of the season. The Pirates played three exhibition games against fellow Northern Section foe Wisconsin Dells, winning two of the three contests.

While it had a scrimmage scheduled against Utica, Koenig said that the Twins won’t be playing any games this summer, but they didn’t fully put the bats in the bag.

“We just didn’t feel like it was worth the risk and we felt that we could use our time and spaces that would allow people to come to have practices and intersquad scrimmages and games,” said Koenig, noting that the Twins held a team practice on Sunday. “That way we can still kind of get that game experience in without as much threat to the virus.”

Contrary to the Twins, Molitor wrote that the Pirates are planning on playing games this season, especially for the high school and college kids following their canceled spring seasons, because “it’s nice to give them a chance to play a little baseball this summer.”

That being said, Molitor admitted that how many games the Pirates play will be very fluid.

“Some other teams are continuing playing, some aren’t, so our schedule is constantly changing, and if the numbers say we should stop, then we might have to cancel more games or the season altogether,” he wrote. “The safety of our players, fans and other teams takes priority over games.”

While this season is lost, Koenig is confident the pandemic won’t have too much of a negative impact overall on the league. With a consistently full lineup, Koenig believes the Twins won’t lose too many bodies coming back next season, but he is more hesitant for smaller teams.

“You worry about guys, like on our team, that are a little older where we’re on our last couple years,” he said. “That might impact their decision, but overall I don’t think it will impact Sauk Prairie. I do worry about the other teams with smaller rosters that will have guys that don’t choose to come out next year.”

Sauk Prairie shortstop Alex Mayer whips a throw to first base for an out during a Home Talent League Northern Section game against Wisconsin Dells last season.

Reedsburg's Steve Gavin delivers a pitch during a home game against Black Earth at Nishan Park in 2018.