Baraboo High School alum Caden Blum was one of 32 Air Force football players to be named to the Academic All-Mountain West Conference team.

The Mountain West recently released its all-academic team for the fall 2020 semester. To be eligible, student-athletes must have completed at least one academic term while maintaining a cumulative grade-point average of at least 3.0.

Blum, a freshman tight end at Air Force, carried a 3.53 GPA, according to the Mountain West’s release. The 2019 Baraboo graduate was a second-team All-Badger North Conference tight end as a senior, finishing with seven catches for 75 yards and three touchdowns for a 4-6 Baraboo team that made the WIAA playoffs for the first time since 2006.

High school seniors across the country are making their college football commitments official this week.

Baraboo High School senior Caden Blum signs his National Letter of Intent in December 2018 to play college football at the Air Force Academy while sitting alongside family members (from left to right) Gordie, Chris and Jovanna. 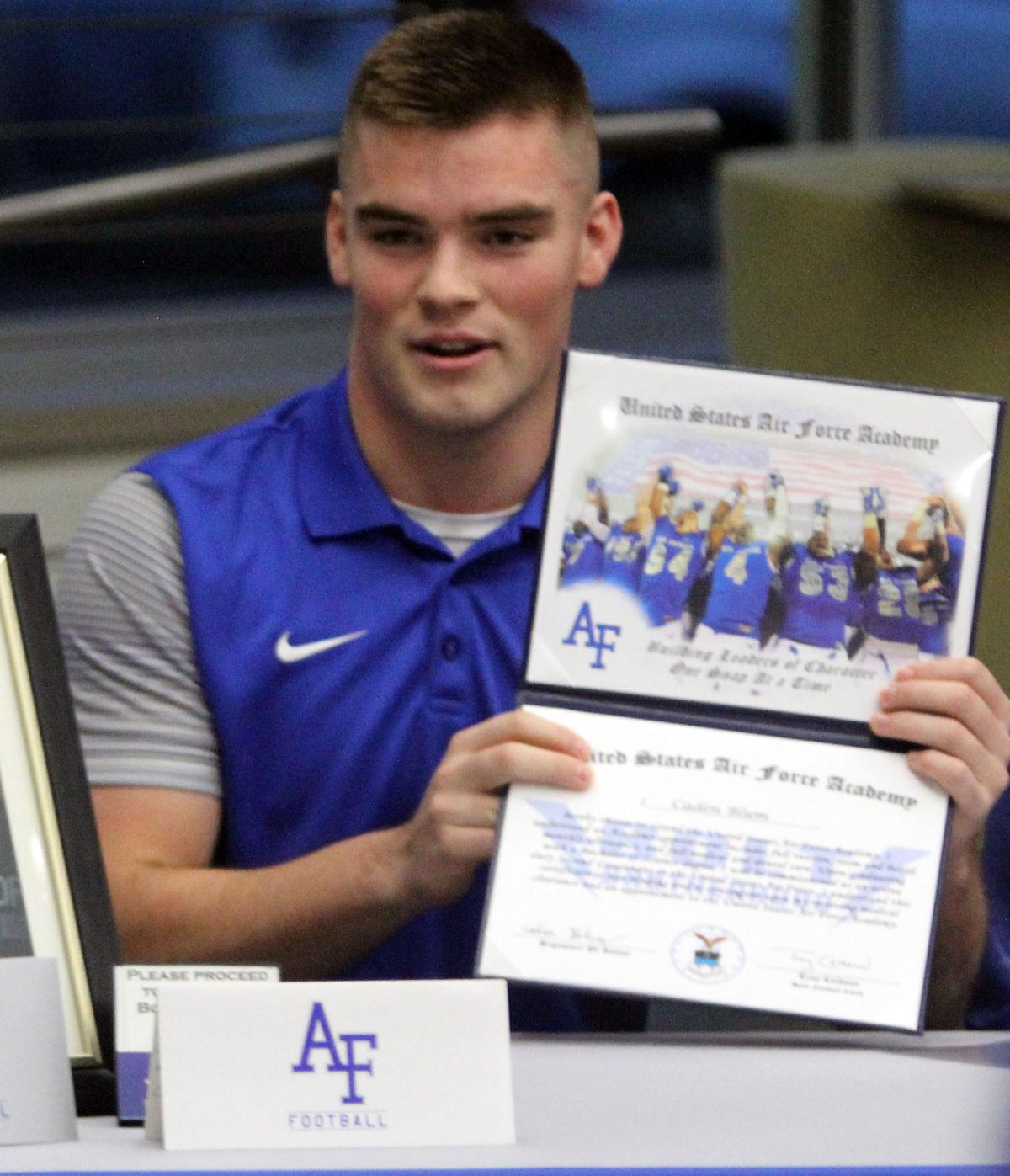