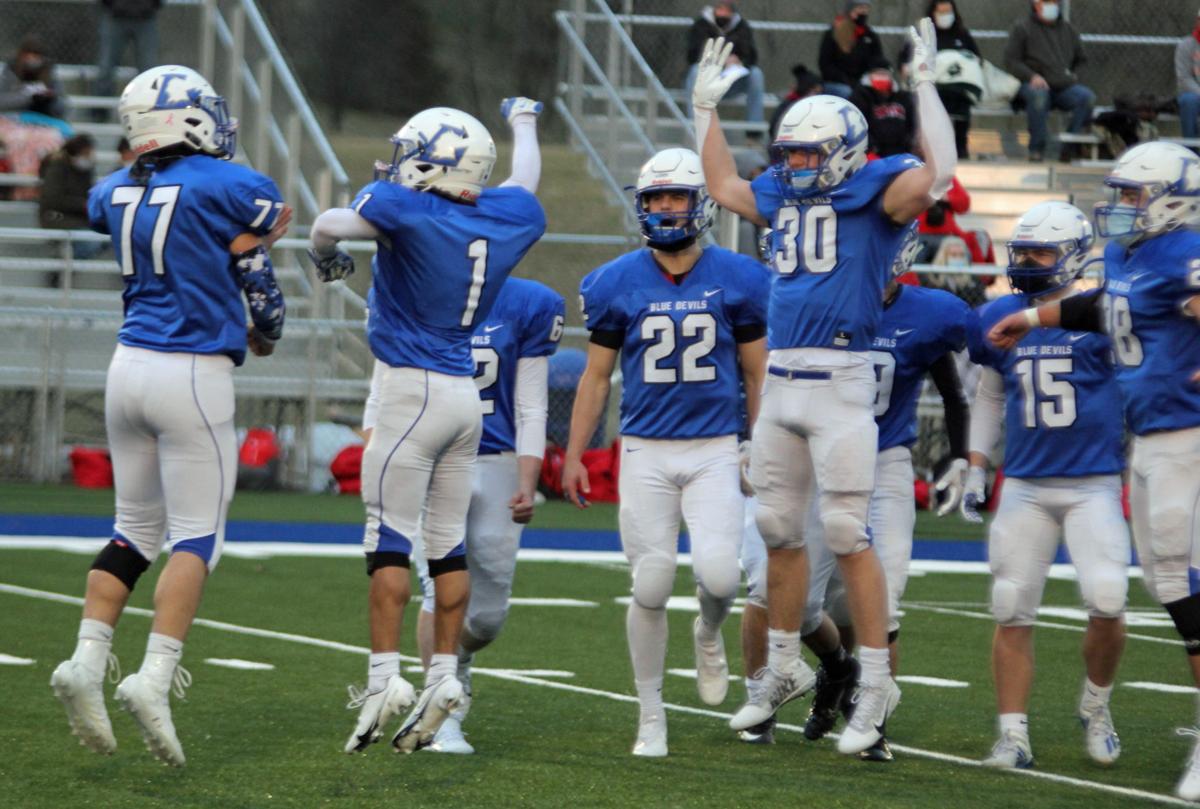 The Lodi football team takes the field prior to a 32-11 win over Edgerton in March. 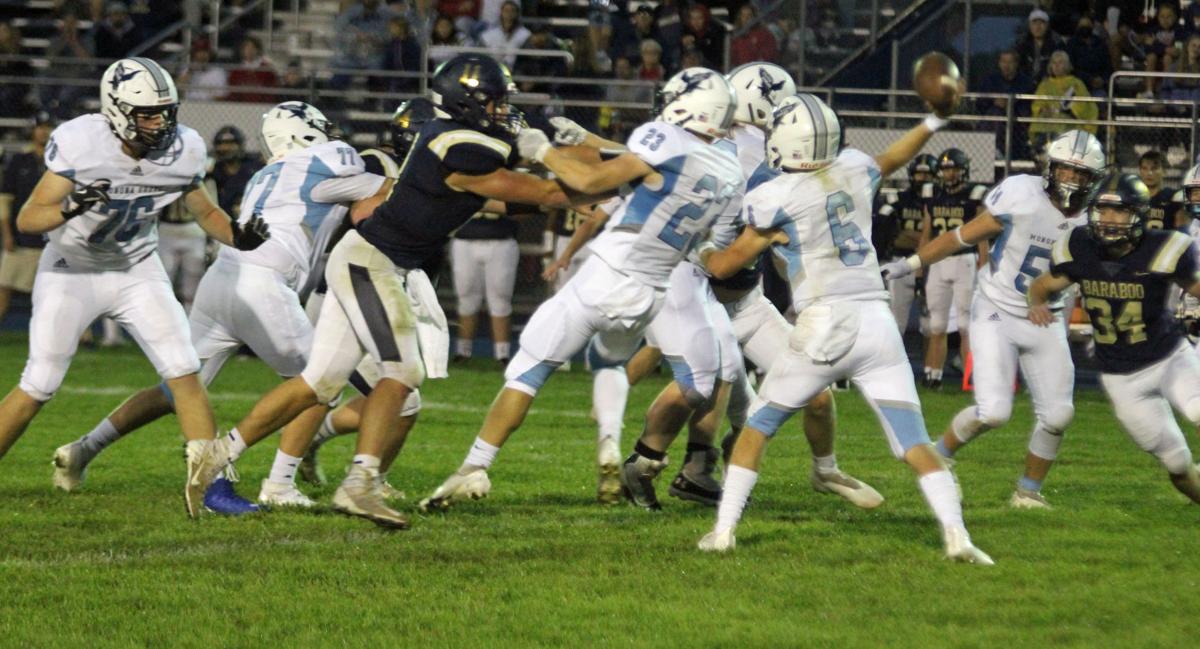 The Lodi High School football team remained unbeaten but dropped down to sixth among Medium Division teams in the third week of the Associated Press High School Football Poll, while Baraboo didn’t pick up any additional votes in the Large Division poll.

There was little change across the board after much of the state completed its first week of conference play.

Baraboo coach Steve Turkington acknowledged that the Thunderbirds made a bit of a statement with Friday’s 34-14 home win over Monona Grove (2-1), but the Badger Small Conference victory didn’t earn the T-Birds any more votes from The Associated Press.

There has been little room for those teams to move into the top 10, as the teams at the top have remained unbeaten. Franklin remains in first, receiving seven of the 10 first-place votes after notching a 49-7 win at Kenosha Indian Trail.

The other three votes went to defending Division 1 state champion Muskego, which improved to 3-0 with Friday’s 58-14 win over Waukesha South. Sun Prairie, Kimberly, Waunakee, DeForest and Mukwonago round out a top seven that hasn’t changed in the past week.

The bottom of the poll shifted slightly, as Arrowhead dropped out of the poll after being tied with Mequon Homestead for eighth last week.

Homestead now sits alone in eighth, while Appleton North, whose lone loss was a 35-31 season-opening defeat against Franklin, jumped up to ninth, and Wauwatosa West moved up to 10th.

Baraboo, which is outscoring opponents 106-41 and got 305 rushing yards and three touchdowns from quarterback Luna Larson in Week 3, will look to make another statement Friday at Stoughton (1-2).

Lodi dropped from fifth to sixth among Medium Division schools (301-899 enrollment) despite claiming a 42-0 Week 3 win over Horicon/Hustisford.

The Blue Devils, who opened the season ranked eighth, have yet to give up a point this season, also recording a 40-0 win over McFarland and a 38-0 win at Delavan-Darien.

The Blue Devils haven’t missed a beat after a Week 1 injury to senior running back Lucas Heyroth. They have ran for 430 yards and six touchdowns in the past two weeks, including 249 yards and four touchdowns on 31 carries against Horicon/Hustisford.

Stratford jumped ahead of Lodi on the strength of Friday’s 47-6 home win over Manawa. The top four remained the same, with Waukesha Catholic Memorial earning eight of the 10 first-place votes to stay atop the poll. Hartland Lake Country Lutheran is ranked second despite not receiving any first-place votes, while Ellsworth is third and earned two first-place votes. Amherst sits in fourth, while seventh through 10th spots are filled by Maple Northwestern, Luxemburg-Casco, Freedom and Madison Edgewood.

Regis on top of Small Division

Eau Claire Regis earned nine of 10 first-place votes for the second straight week to remain firmly on top of the Small Division (enrollment up to 300). The Ramblers, who have outscored opponents 118-10, will look to stay perfect when they visit Elk Mound on Friday.

Colby, which is coming off a 52-7 win over Southern Door, received the 10th vote and moved into the second spot in the rankings. Cumberland fell from second to third, followed by Edgar, Bangor, Cedar Grove-Belgium, Abbotsford, Reedsville, Marshall and Durand.

After four Small Division teams went from unranked to ranked last week, Durand is the only newcomer this week after notching a 47-20 win over Stanley-Boyd on Friday.

The poll includes first-place votes in parentheses, season record, total points and last week’s ranking, as voted upon by a statewide panel of sports writers. Teams are arranged in three divisions of equal size based on current enrollments

Large Division (enrollment 900 and up)

The Lodi football team takes the field prior to a 32-11 win over Edgerton in March.