Caroline Lewison is tied for 59th entering the second and final day of the WIAA Division 1 individual state meet.

The Baraboo senior shot a 93 on a rainy Monday at University Ridge Golf Course in Madison. The 21-over-par 18-hole round has Lewison among a quartet of golfers tied for 59th in the 78-golfer field.

Lewison, who teed off at 8:10 a.m., was 9-over-par through 12 holes and tied for 44th when the tournament was delayed by weather a little after 12 p.m. Monday. After a roughly two-hour delay, the four-year varsity contributor returned to the course to go 12-over-par over the final six holes.

Lewison had five pars and a birdie on Monday. She averaged 3.0 strokes on the par 3s, tied for fourth among all golfers. New Richmond’s Lanie Veenendall led all golfers, averaging a 2.60 on par 3s.

Lewison averaged 5.63 strokes on par 4s and 6.60 strokes on par 5s. She reached state by shooting a season-best 82 at Foxboro Golf Club on Oct. 4, tying for seventh in the Oregon sectional to earn an individual qualifying spot.

Brookfield East’s Josie Clegg, Cedarburg’s Megan Miller and New Richmond’s Nora Harris also carded a 93 on Monday, while the two-day tournament will wrap up back at University Ridge on Tuesday.

Two golfers are sitting below par. New Richmond’s Veenendall is leading the field after carding a 68 on the par-72 course. Stevens Point’s Riley Pechinski is two shots back, alone in second place with a 70.

While Lewison has been the only Baraboo golfer competing since she shot an 84 to tie for 13th at the Portage regional, 12 Division 1 teams teed off together Monday. Middleton and Westosha Central are in first place through the opening day, each finishing with 30-over-par 318s.

Prescott’s Ava Salay and St. Croix Central’s Sally Vangness are tied for first in Division 2 with a 78.

The Reedsburg prep girls golf team will tee it up at the WIAA Division 1 Oregon sectional meet on Monday.

Ashleigh Johnson earned medalist honors to lead the Beavers, while Portage's Ella Denure took third as one of three to shoot under 90. Baraboo tied for third as a team alongside Mt. Horeb. 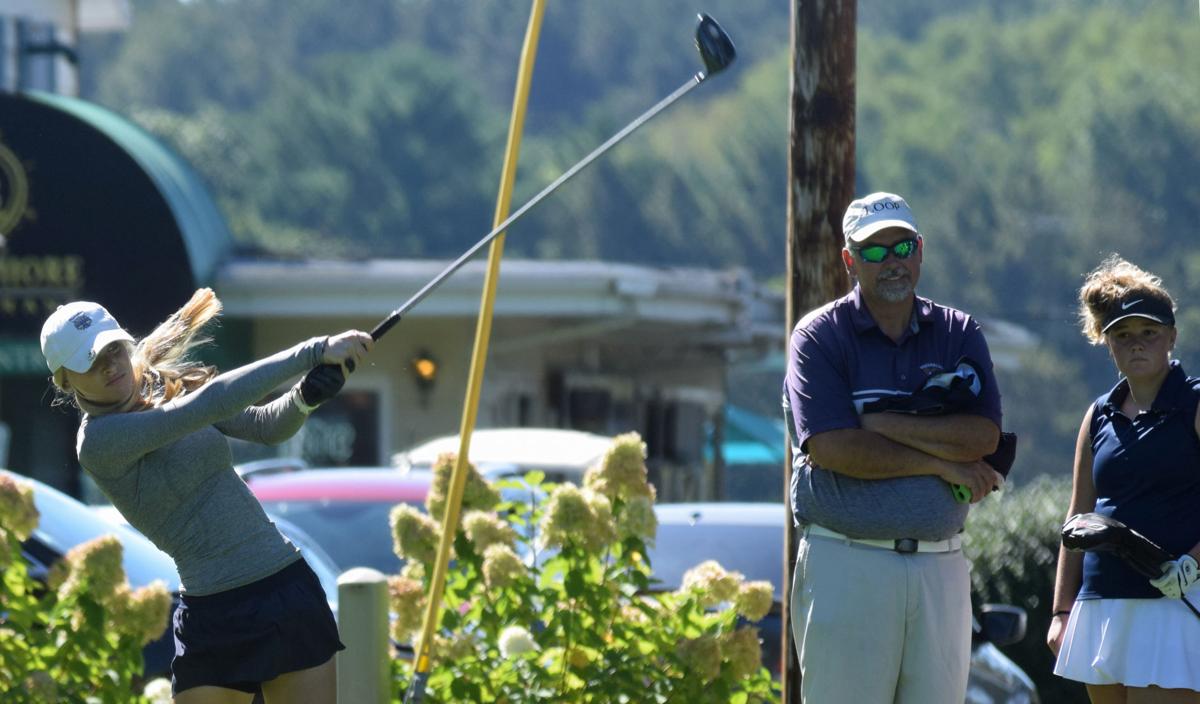 Baraboo senior Caroline Lewison hits her tee shot on the par-4 first hole as Reedsburg coach Mark Johnson and Ashleigh Johnson look on during the Portage Invite in September at Portage Country Club. 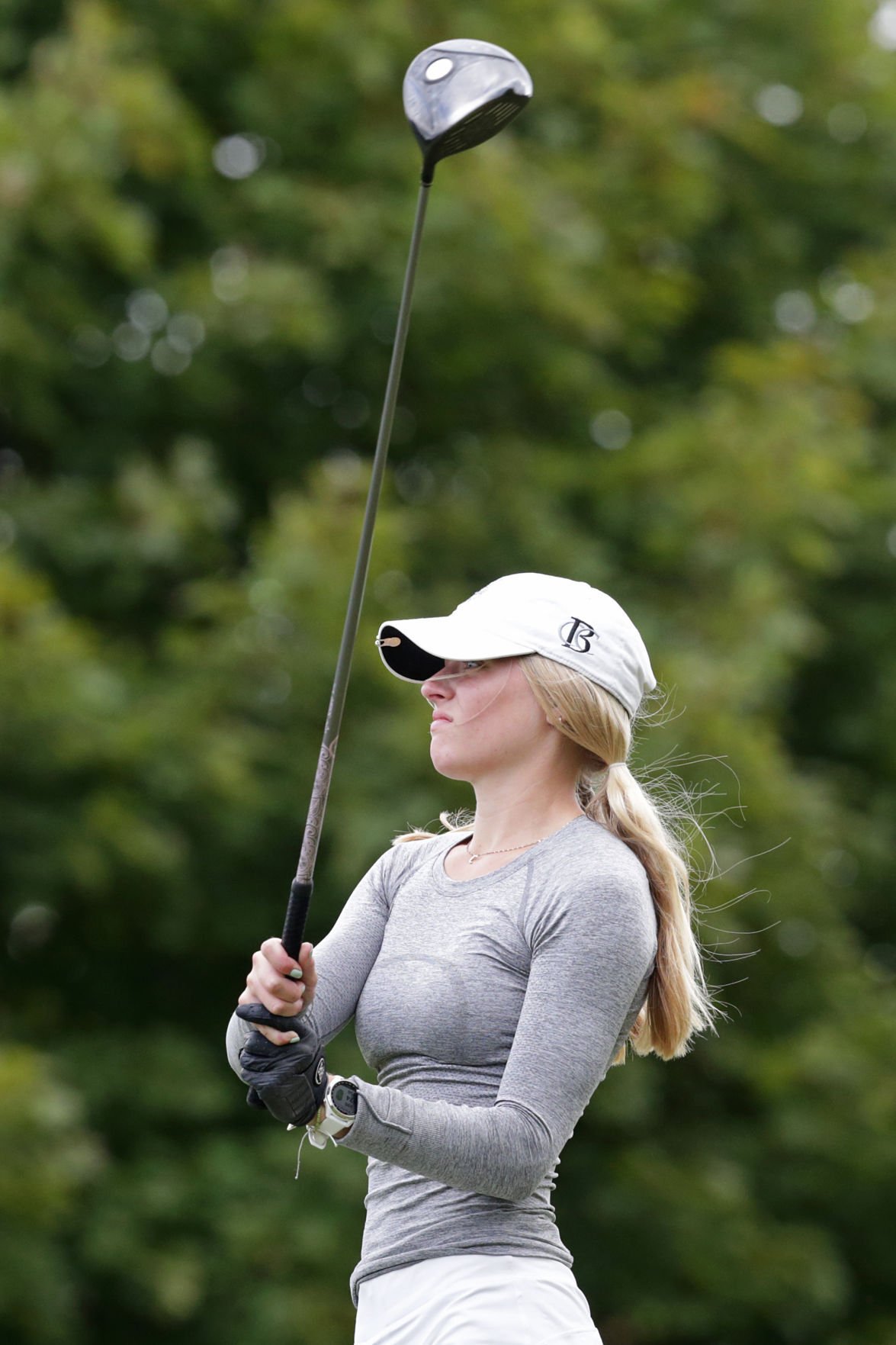 Baraboo's Caroline Lewison tees off on the 16th hole during Monday's WIAA sectional meet at Foxboro Golf Club in Oregon. Lewison shot an 82 to qualify for next week's state meet in Madison.