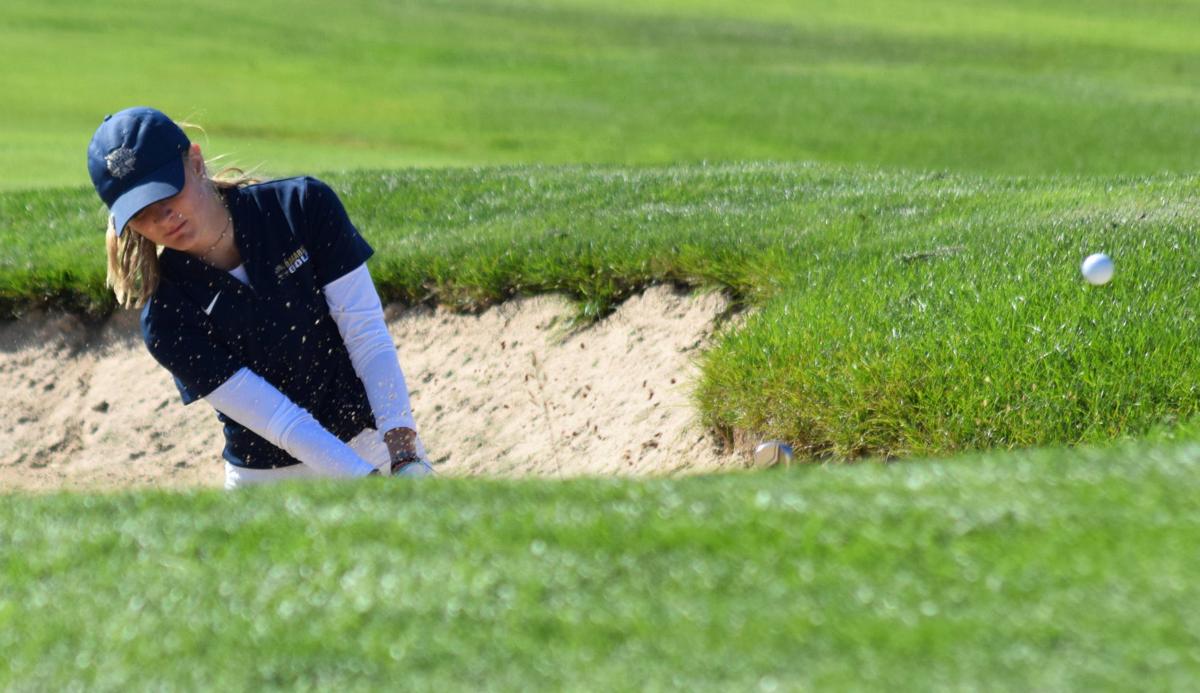 Baraboo senior Carly Moon chips out of a bunker on the par-4 eighth hole during Tuesday's WIAA Division 1 DeForest girls golf sectional at The Oaks Golf Course in Cottage Grove. 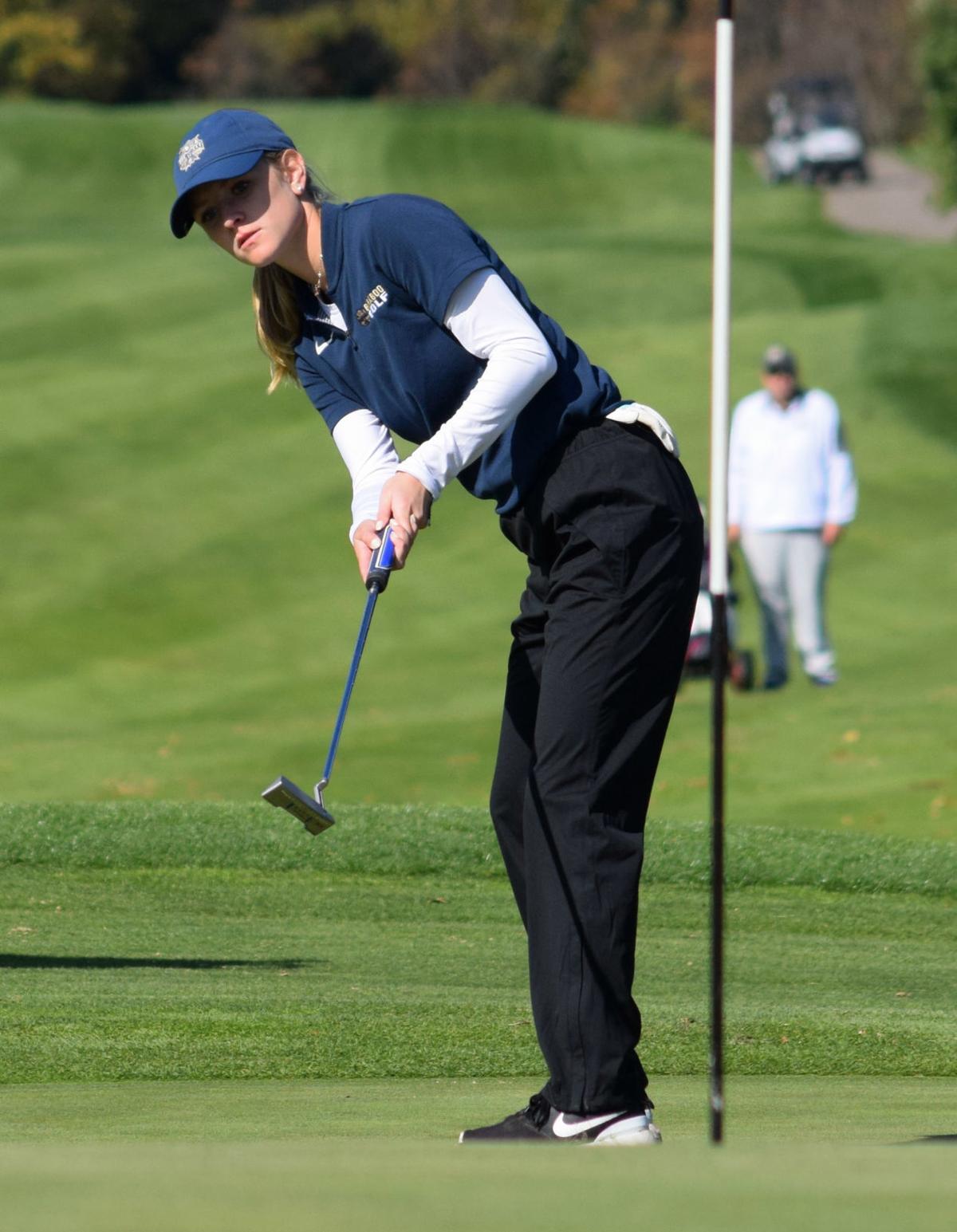 Baraboo senior Carly Moon follows a putt on the par-5 third hole on Tuesday at The Oaks Golf Course in Cottage Grove.

The Baraboo senior shot an 87 to tie for 12th at Tuesday’s sectional meet at The Oaks Golf Course in Cottage Grove, finishing five strokes back of the final individual qualifying spot for state.

“Carly competed in her last event as a Baraboo Thunderbird today, but that does not mark the end of her golf journey,” Baraboo coach Landon Brownell said of Moon. “Carly has been preparing for today working on her game and looking to advance to state as an individual for the second straight year.

“I know she is not feeling this way, but she played a very good round of golf today. She was hitting in well off the tee, hitting good mid-iron shots and layup shots on longer holes.”

It led to a fairly consistent round for Moon, who shot a 43 on the front nine and a 44 on the back nine on the par-70 course. The senior, who won her first regional title Friday at Baraboo Country Club, birdied the par-3 17th hole at The Oaks before finishing her round with a nine on the par-5 18th.

“She was in position throughout the majority of her round to make pars and some good looks at birdies,” Brownell said. “The hardest part today was to get the speeds of the greens as they are typically faster greens and got quicker throughout the day with the sun and wind. A few par putts burned the edge of the hole and the little putts to finish started to add on. The real difference in her not quite qualifying today to move on where only a few swings in her entire round ... and that is how golf goes.

Middleton (324) and Waunakee (357) claimed the two team spots at state in the eight-team meet. That left three individual spots for the rest of the teams. Those went to Stoughton’s Callie Kotlowski (74) and Myranda Kotlowski (75) and Jefferson’s Courtney Draeger (82).

“At the end of Carly’s round today, I know she was upset with her finish, but that is the competitor in her,” Brownell said of Moon, who took 50th out of 78 Division 1 golfers at last year’s state meet. “She has had such a successful high school golf and academic career. I told her walking off the last hole that she has been well-known across the state as a great golfer and a great kid. Her last hole that she wishes she could play over and this last round as a Baraboo Thunderbird is not what people will remember her by. She has built quite a reputation as a top golfer and admired by her peers and my fellow coach colleagues.

“It has been such a rewarding experience coaching Carly during her four years on our varsity team and she will leave big shoes to fill. Not only will we miss her as a valuable golfer, but as a leader and role model.”

Two up, two down for Carly Moon.

PRAIRIE DU SAC — Carly Moon has spent the last four years establishing herself as one of the best prep girls golfers in the Badger North Conference.

Baraboo senior Carly Moon chips out of a bunker on the par-4 eighth hole during Tuesday's WIAA Division 1 DeForest girls golf sectional at The Oaks Golf Course in Cottage Grove.

Baraboo senior Carly Moon follows a putt on the par-5 third hole on Tuesday at The Oaks Golf Course in Cottage Grove.