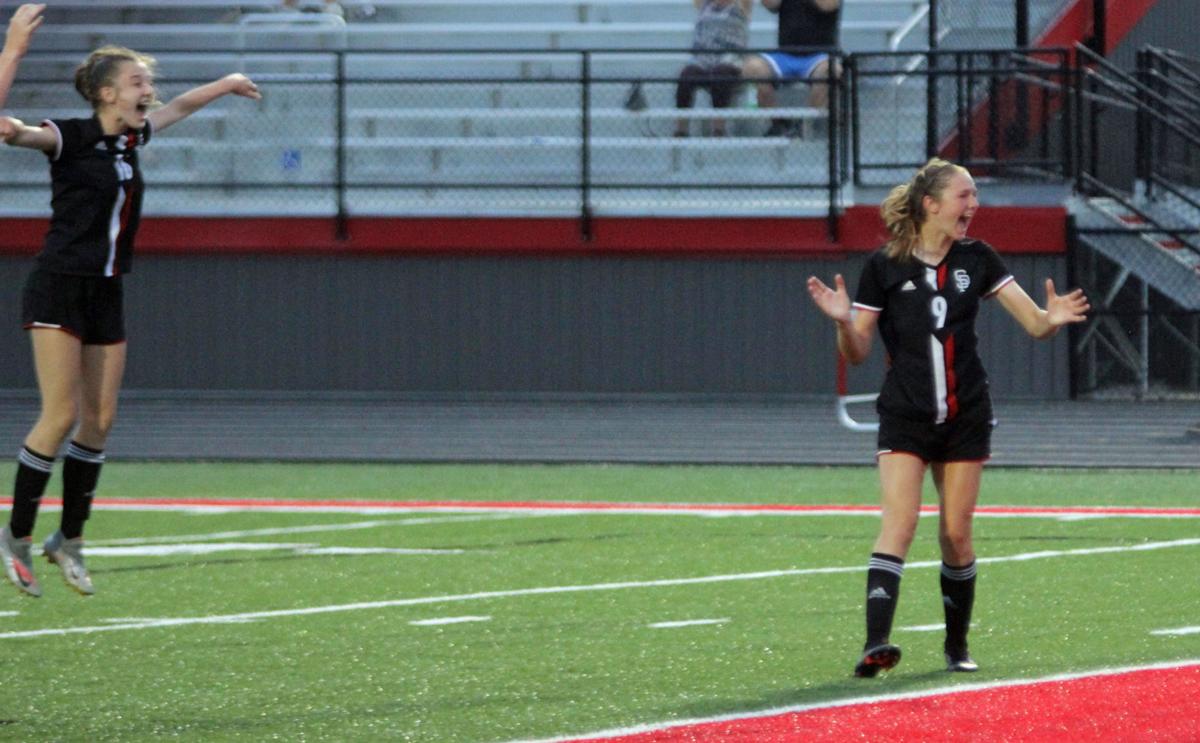 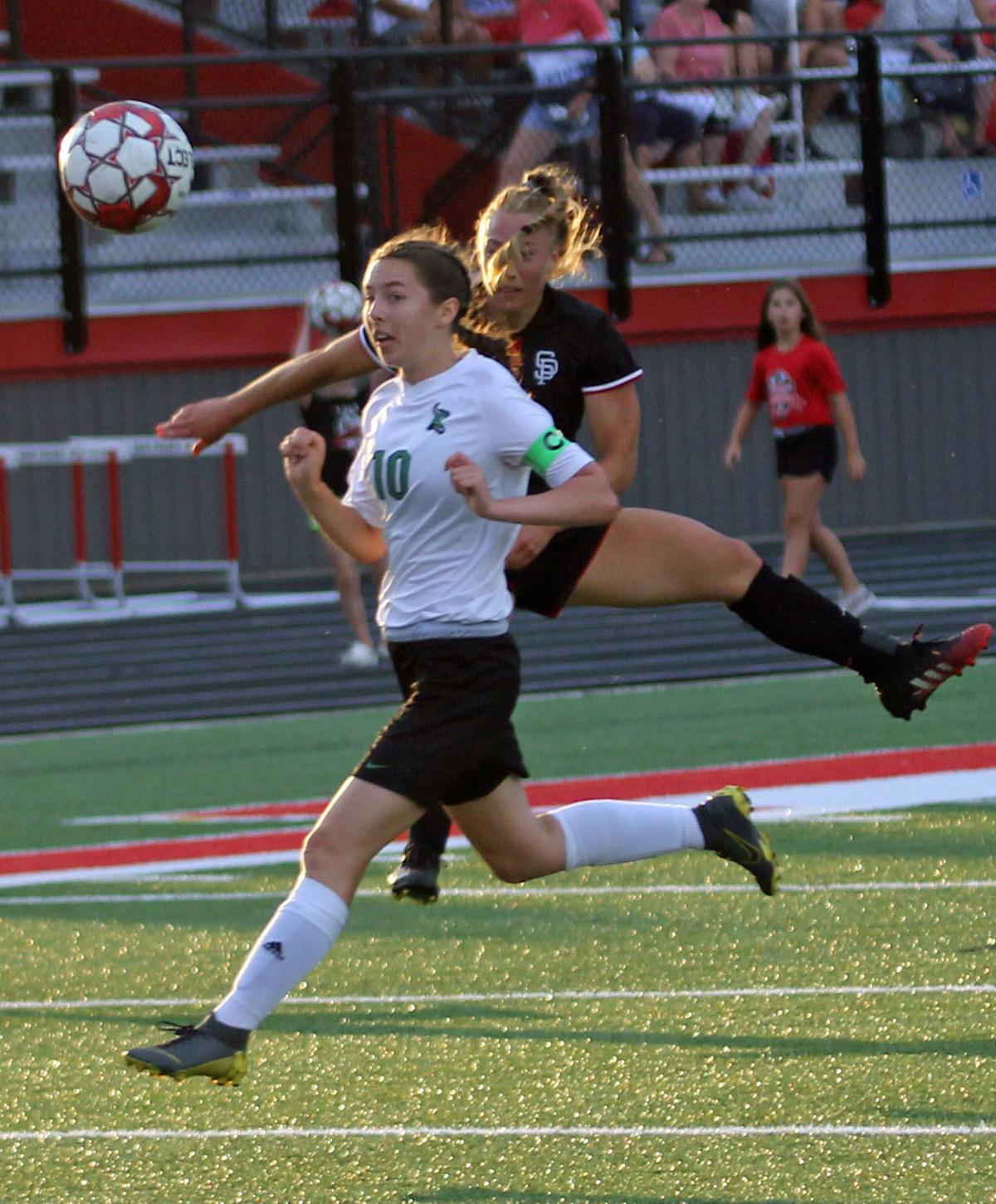 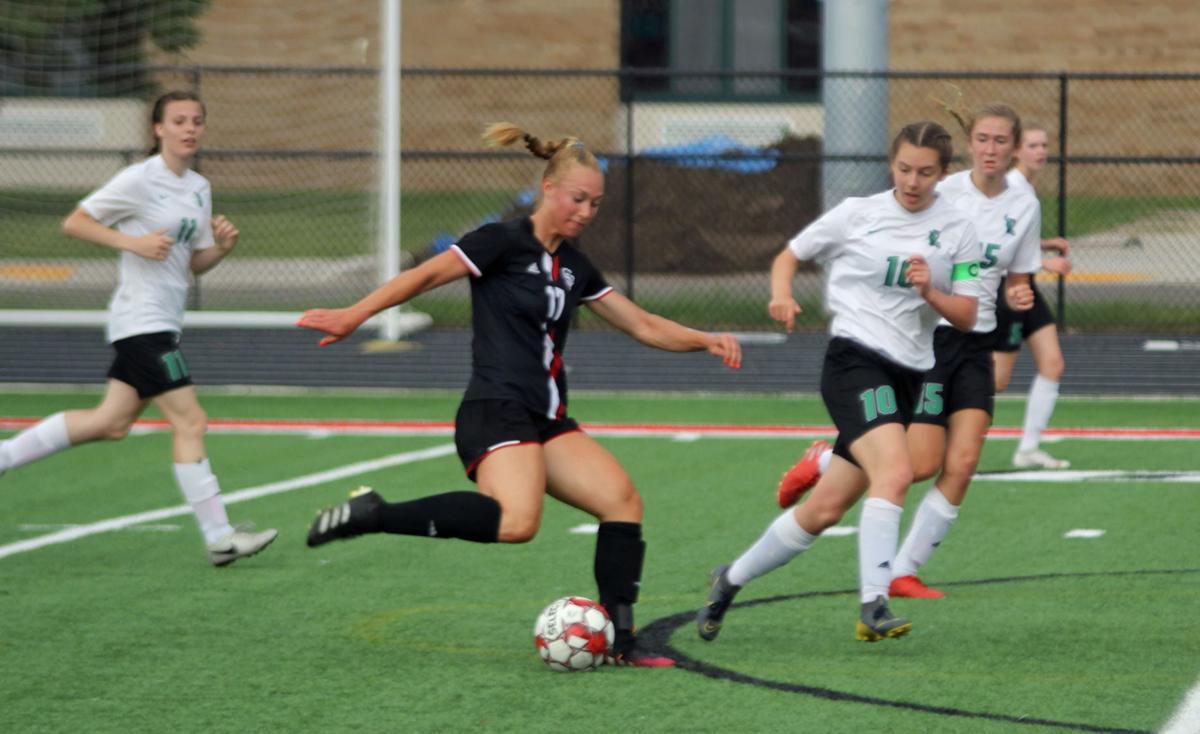 And her Sauk Prairie teammates — who haven’t given up a goal all season — have a lot of chances to look for her. Fishnick buried two of those opportunities Thursday night, while Alexis Klemm added a goal to give the top-seeded Eagles a 3-0 win over No. 3 Rhinelander in a WIAA Division 2 sectional semifinal at Sauk Prairie High School.

“It’s about trying to get her in front of frame and understanding her ability to finish in tight areas,” Sauk Prairie head coach Drew Kornish said of Fishnick. “Both of her goals today were pretty close range, so making sure that she’s got the freedom to get that high and then get into those areas is important.”

Rhinelander (7-7-1) made Fishnick and Sauk Prairie work for it on Thursday. With a 14-0-0 record and an 88-0 goal differential this season, the Eagles haven’t had to struggle for much this season.

But they took some time to get going Thursday, also dealing with a rotating start time due to the threat of rain — and eventually an evening thunderstorm.

“It was just kind of all over the place, so it was a really, really slow first half. We picked it up in the second half and were able to find feet a little better. That’s something we’ll look to improve on moving forward.”

There were still plenty of scoring chances in the opening 45 minutes. Naomi Breunig received a pass with her back to the goal in the 16th minute. The senior forward turned and found McKayla Paukner on the ride side. The freshman sent a cross back to junior Faith Holler, whose shot sailed over the Rhinelander goal.

Fishnick came up empty twice, while Jenna Pistono beat a defender down the left sideline and had her shot deflected out of bounds by Rhinelander goalkeeper Kahlie Arneson.

The Eagles broke through at the 26-minute, 11-second mark. Breunig sent a through ball to Fishnick, who ran through the Rhinelander backline, settled with a touch and buried it past Arneson to give Sauk Prairie a 1-0 lead.

Rhinelander started to build up a bit more possession around the 35-minute mark, but the Sauk Prairie defense quickly cleaned up everything that came its way.

“They did a really nice job, especially in that second half, of putting pressure on the ball and making sure the other one drops in,” Kornish said. “That’s been the stronghold for our team all season is that defensive backline.”

Fishnick and Klemm each narrowly missed goals in the closing minutes and the Eagles took a 1-0 lead into half.

The Hodags continued to make it a game early in the second half. They earned a free kick in the 49th minute, while forcing Sauk Prairie goalie Erelyn Apel to get her hands on a dangerous corner kick minutes later.

Apel and the Eagles held, however, and will take their scoreless season into the sectional semifinals. They eventually earned some breathing room Thursday night, too. Fishnick and Klemm each hit the goalpost before finding the mark in the second half.

Fishnick got the first. The junior was in the middle of a scrum in front of the Rhinelander net when she got her foot on it for her 23rd goal of the season.

“She draws so much attention that it can go two ways,” Kornish said of the game plan with Fishnick, who led the state in points as a freshman. “If she’s finding herself in situations where she’s able to take girls on that are in front of her, we allow her to do that. Otherwise, when teams collapse, it opens up a lot around her. For as many goals as she has, she has quite a few assists this year as well.”

Klemm’s 10th goal of the season started on the foot of Paukner, who found room down the left side before sending a cross in front of Arneson. Fishnick ran onto it, but her sliding attempt was saved by Arneson. The ball bounced back out to Klemm, who settled it, maneuvered around a Rhinelander defender and found the back of the net to stretch the lead to 3-0 at the 73:38 mark.

The Badger North Conference champions kept coming, but two goals were taken away by offsides and Sauk Prairie walked away with a 3-0 win. The Eagles, who are looking for the second state tournament appearance in program history, are going to back-to-back sectional finals. They suffered a 1-0 loss to eventual state champion Oregon in 2019, while the entire 2020 season was canceled by COVID-19.

The Eagles will meet River Falls (12-3-1) in Saturday’s sectional final in Marshfield. The Wildcats have outscored their three playoff opponents 23-1, including claiming a 6-0 win over previously-unbeaten New Richmond on Thursday.

“Rhinelander was a very physical team, a fast team. I didn’t expect that much when we watched tape. I thought they played much faster and more physical than what we saw, so it’ll be a little bit of a recovery day tomorrow,” Kornish said. “We might talk a little bit about whoever we play, but otherwise it’s going to be a heavy focus on us and what we need to do to make sure we’re improving.”

The Sauk Prairie girls soccer team is headed into the WIAA postseason with an undefeated record and the No. 8 ranking in the Division 2 state …

MILWAUKEE — After waiting 22 years to return to state, a seven-minute stretch did the Sauk Prairie girls soccer team in Thursday morning.