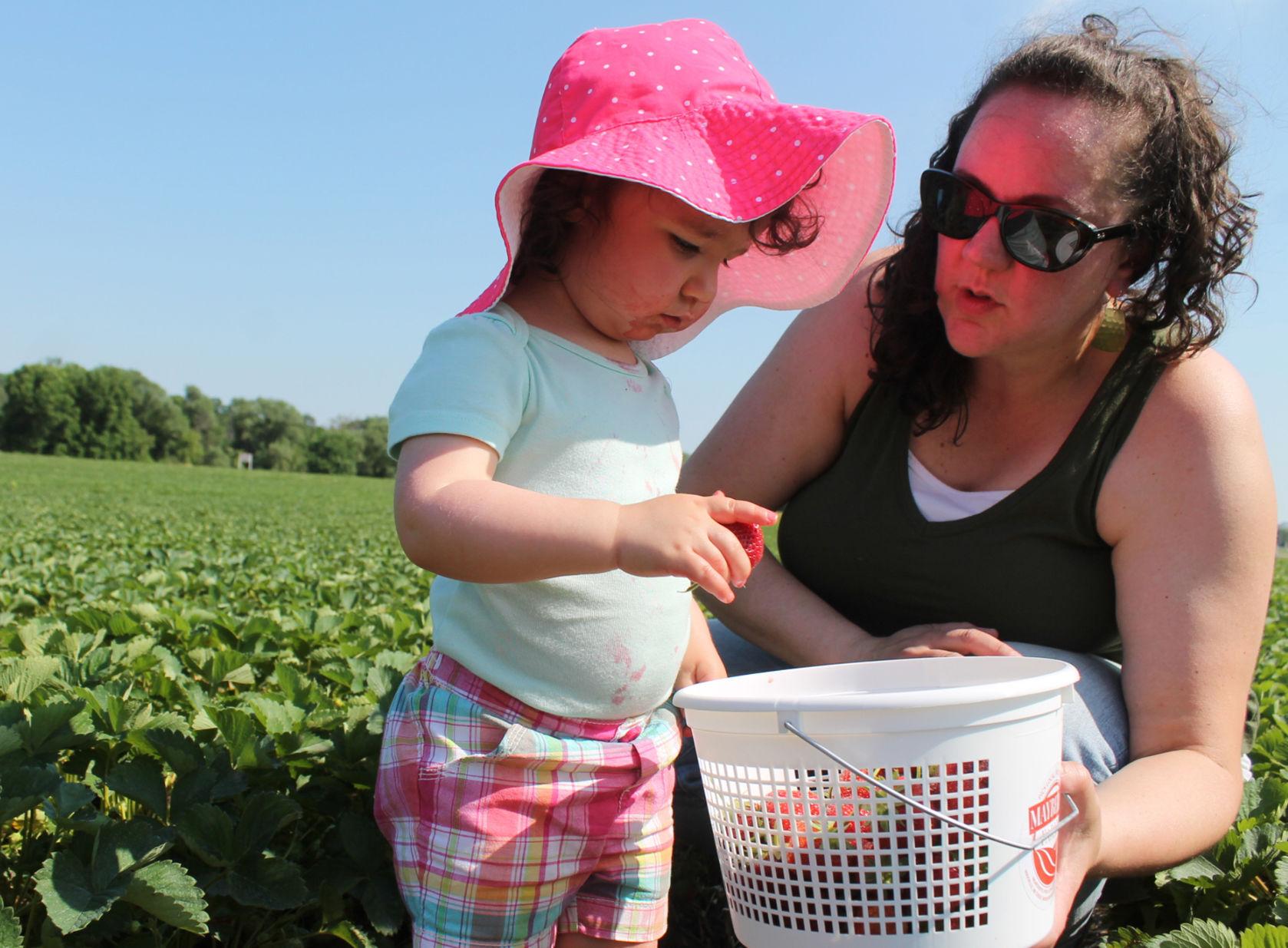 Mary Crockatt encourages her daughter Lucy to place a freshly picked strawberry into a bucket Thursday afternoon. With the thermometer passing the 90 degree mark, the pair worked quickly to fill their container at Mayberry Farms, W2364 County Road Y, Mayville.

According a press release from the Beaver Dam Police Department, officers responded Thursday morning to a report of an in-progress retail theft in the 1800 block of North Spring Street, Beaver Dam. 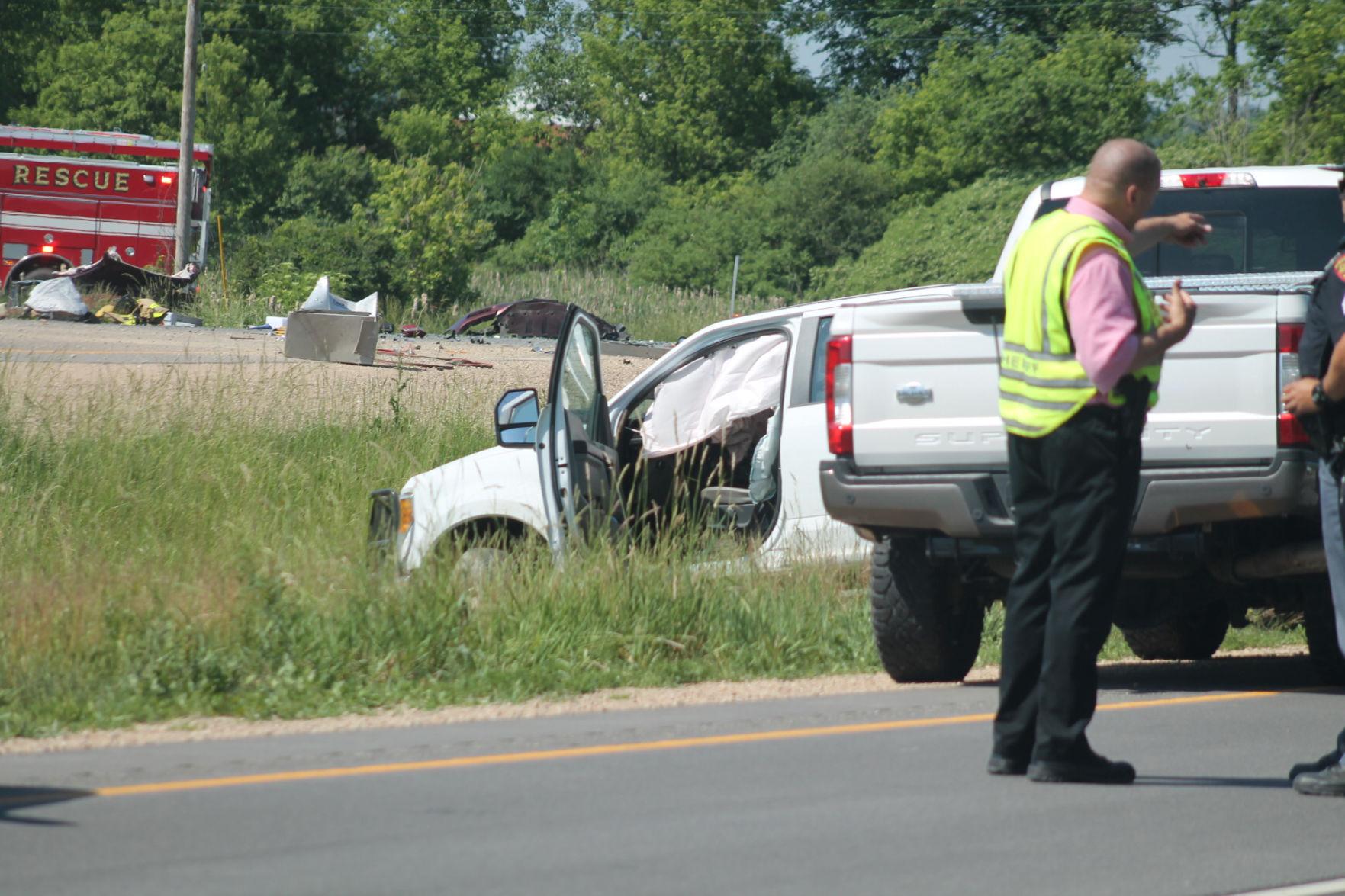 A white truck with its airbags deployed rests in the median following an accident on Highway 151 Thursday morning. The northbound lanes near Jackson Road outside Beaver Dam are closed. One lane of traffic is moving in the southbound lanes as the scene is being cleared.

A caller stated a man and woman were putting items into trash cans and removing the cans from the store.

The first officer on the scene witnessed the suspects exit the store and put the stolen items into their vehicle. They refused the officer’s commands to stop.

Three people fled south in the vehicle and exited the city on County Highway W with Beaver Dam officers in pursuit. The pursuit ended several minutes later when the vehicle was no longer in sight of the officers.

A Beaver Dam officer found the vehicle stopped less than a block from the Beaver Dam Police Department at 201 S. Spring St. at 8:43 a.m. and took the original driver of the car into custody. The other occupants refused commands to stop and a woman fled driving the vehicle with a male passenger. 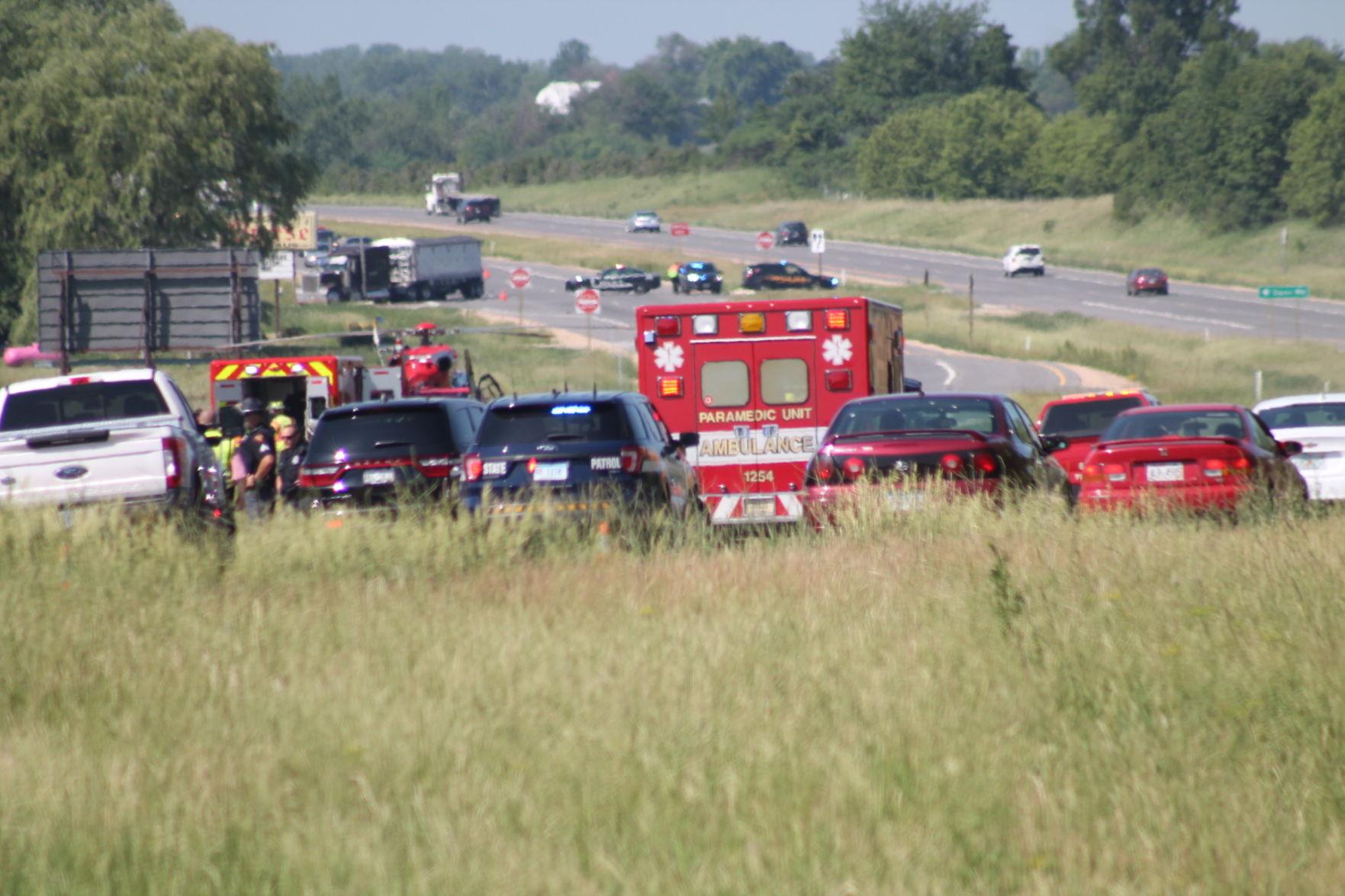 Traffic backs up on Highway 151 south of Beaver Dam Thursday morning due to a crash.

A chase exceeding speed limits on South Spring Street ensued. The Wisconsin State Patrol initiated a second pursuit of the vehicle, which drove south onto the northbound off-ramp to Highway 151 at County Highway G. The driver continued at a high rate of speed going south in the northbound lanes.

State Patrol followed the vehicle until it lost control and crashed into a truck traveling north on Highway 151 near County Road DE.

The woman and man in the vehicle sustained critical injuries and were transported from the scene. The driver of the truck who was struck by the suspect vehicle was uninjured.

Portage Police Department has seen a rise in car thefts in the area since mid-May. Authorities advise residents to lock car and keep keys out of car when not operating to help with thefts.

It was confirmed that the suspect vehicle was previously reported as stolen from Portage, and the female driver had multiple warrants for her arrest.

All three suspects from this incident will be charged with multiple offenses.