Beaver Dam Area Community Theatre celebrated its history and its “star couple” Saturday with an unveiling of the new mural, “Theater for Everyone.”

As part of the inaugural Wisconsin Arts & Peony Festival, a program was held at the BDACT Fine Arts Center to dedicate the indoor mural that graces the entryway of the theater to charter members Roger and Marilyn VanHaren.

A plaque near the mural states the VanHarens’ commitment, talents, service and love for theater have inspired many since the founding of BDACT in 1964.

BDACT Managing Director David Saniter welcomed the large crowd in attendance for the dedication ceremony. He recognized muralists Devon Cournoyer, Mary Colstad-Miller, Laura Congdon and Roni Miller for their enthusiasm and diligence in completing the work of art over the course of the pandemic.

Miller and Cournoyer shared a bit about what is depicted in the mural and its creation process, which started in the fall of 2018.

“Theater for Everyone” represents as many aspects of the performing arts as possible, including stage performers, musicians, directors, technicians, production staffs and audience. The artists wanted the mural to reflect BDACT’s history with its moves from early shows at the Wisconsin Theatre, to its first owned building on North Spring Street, to its current Fine Arts Center.

Following research, including collecting representative photos, the artist team produced a comprehensive plan on paper. The next challenge was to find a space large enough to accommodate the monumental work while the theater building was fully operating. In 2019, thanks to owners Ruth and Jim Metz, the artists were permitted to work in in the former Kornely’s building which is across the alley from the theater. Constructor Roy Johnson built a frame for the canvas, the artists projected the design, and the painting began.

In July 2020, while the theater was closed due to COVID-19, volunteers Roy Johnson, Kim Doyle, Patrick Lutz, Phil Miller and Gary Taurick walked the partially completed canvas to the theater where they mounted it on the entry wall. As the artists found time, they continued painting, working on the details. The mural was completed this month and is visible through the center’s large entry windows at 117 W. Maple Ave.

In dedicating the mural to the VanHarens, BDACT President Mike Derr spoke of the couple’s contributions to the community theatre group through the past 50 plus years, beginning with Roger playing a lead in the theatre’s first production, “Harvey,” and Marilyn playing a lead in its first musical, “South Pacific.” Roger VanHaren passed away in October 2019.

“Thank you. What an honor for our names to represent thousands of people who’ve participated in BDACT all these years,” she said. “Our names represent you. If only all those names could be on a plaque it would cover the entire building.”

VanHaren chose to perform a song from “South Pacific” for the crowd. In introducing the selection, she said it showed what the whole organization had in mind as they went through the journey of establishing a theatre company and building its new home.

“We’re just a bunch of ‘Cockeyed Optimist(s)’ and we all love theater and we sure have had fun,” she said before bursting into song.

Dolly Parton and Sandra Oh named 'People of the Year' 2021

Dolly Parton and Sandra Oh named 'People of the Year' 2021

One of the many attractions of the Beaver Dam Arts and Peony Festival will be the opportunity for all to help Paint an Artist.

Beaver Dam Area Community Theatre’s Fine Arts Center is temporarily closed to the public, but work is still going on behind the scenes.

Actors will once again bask in the limelight of the Beaver Dam Area Community Theatre Fine Arts Center as “Working: A Musical” premieres Thursday. 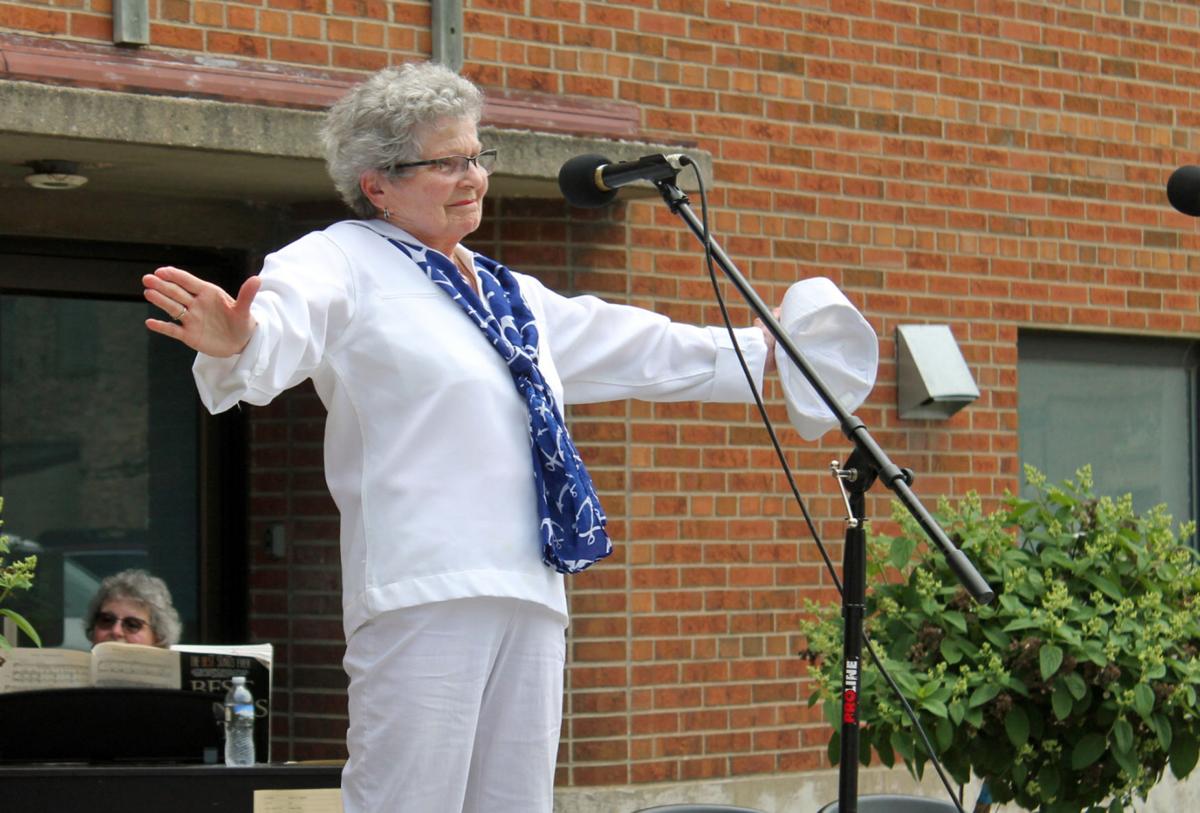 Marilyn VanHaren sings a song from "South Pacific" on Saturday in the parking lot of Beaver Dam Area Community Theatre's Fine Arts Center. She first performed the tune in 1965 in the theatre group's inaugural musical. BDACT dedicated a mural to Marilyn and her late husband, Roger, at noon during Wisconsin's Arts & Peony Festival. 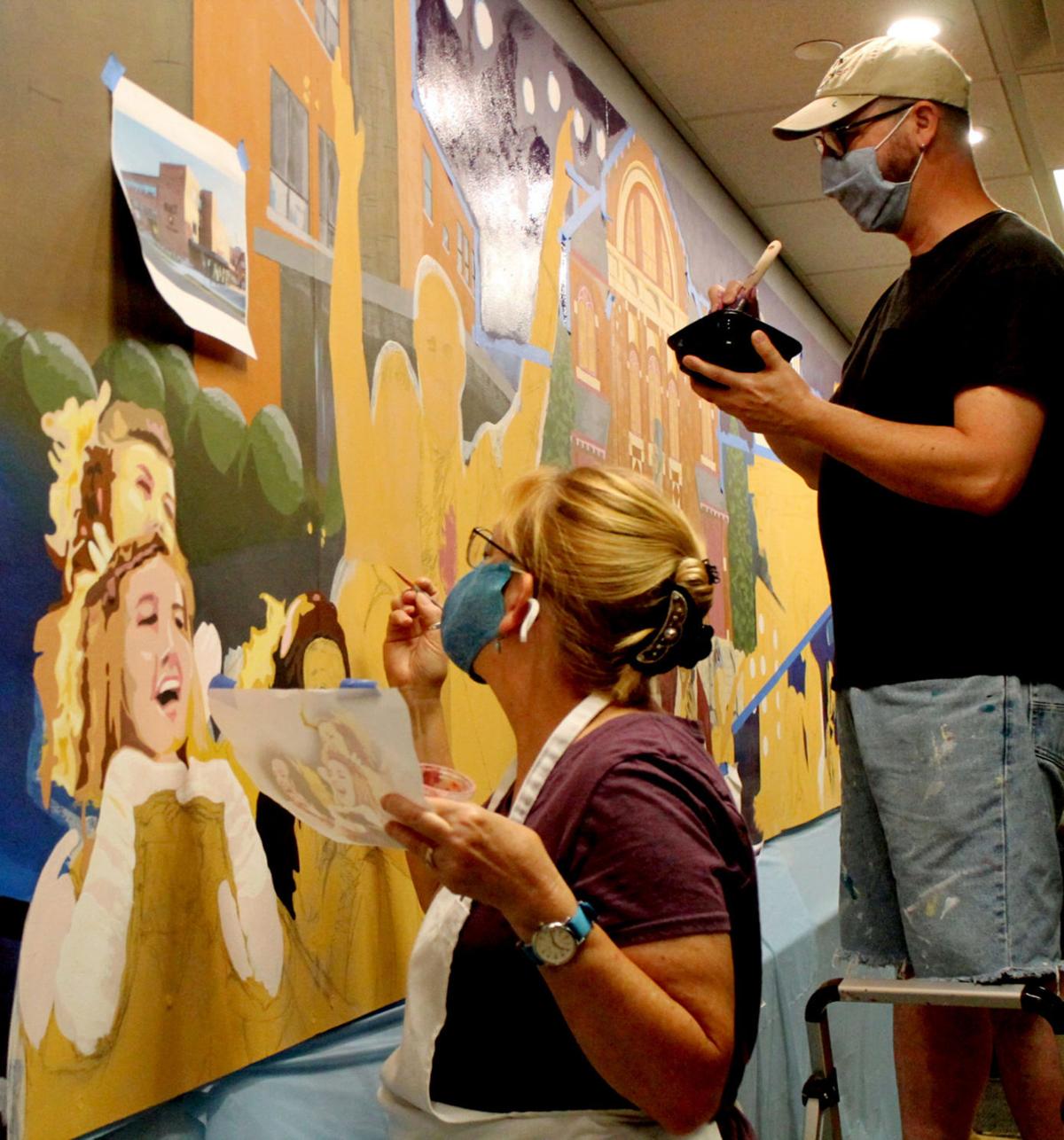