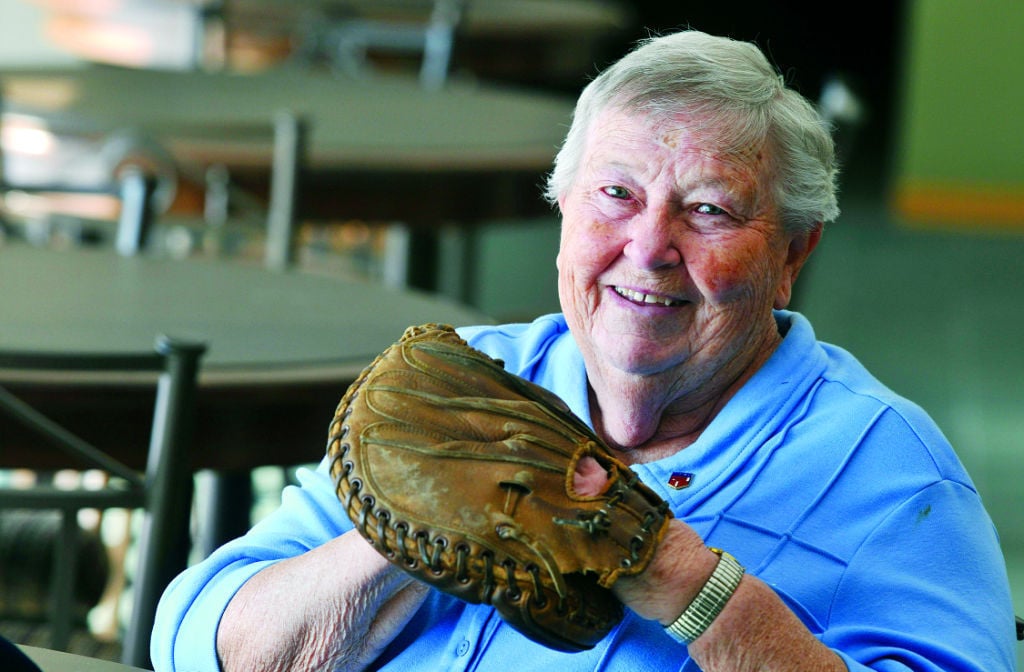 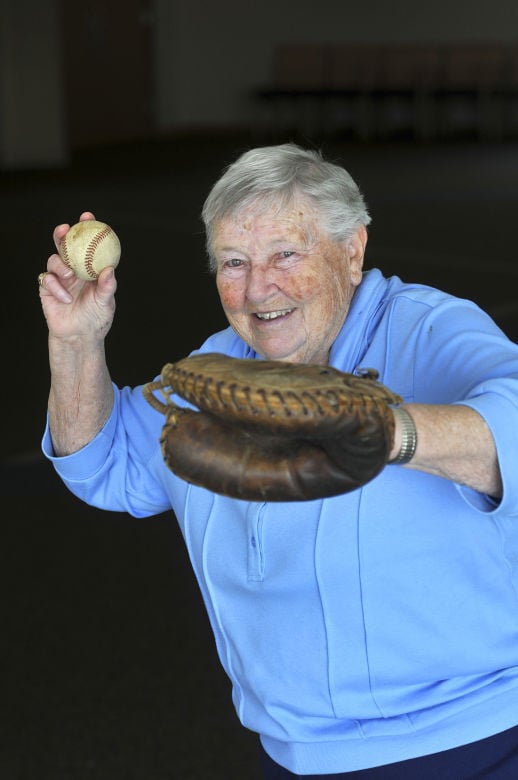 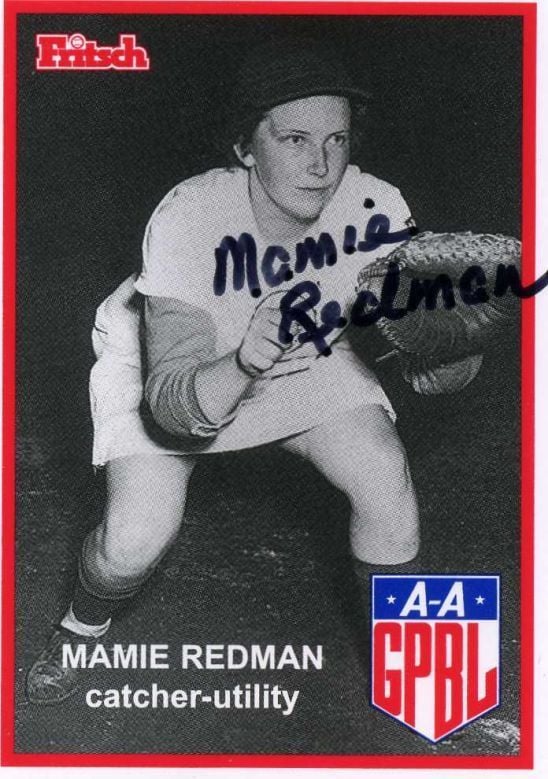 Magdalen Redman played catcher–utility for seven seasons and played every position but pitcher.

WAUPUN | “There is no crying in baseball,” scolded manager Tom Hanks to one of his tearful players in “A League of Their Own.” The 1992 movie is about the first professional women’s baseball team.

“Cry? No. We didn’t cry. I don’t know where that came from,” said Magdalen Redman, a woman who should know — she was there. “Some of the movie is just Hollywood, but most of it is true to the time and life. My only regret is that the movie didn’t show how well we played. The caliber of play in the movie wasn’t too good.”

Baseball has always been in Redman’s blood.

“I loved the game, my dad loved the game. I could catch a ball before I could walk,” said the 1948 graduate of Waupun High School. “When dad came home from work, he’d take the neighborhood kids out to play. I grew up playing baseball.”

Like a scripted movie, one day a relative who had come to town for Redman’s grandmother’s funeral, saw her playing baseball after the service.

“The relative, I don’t even remember his name, liked what he saw, and told Charlie Grimm, who was manager of the AAA Milwaukee Brewers at the time. He later became manager of the Milwaukee Braves,” said Redman. “The day after graduation, I was signed and playing baseball.”

The All-American Girls Professional Baseball League lasted 11 years and cast a giant shadow. They are in the Baseball Hall of Fame, in Cooperstown, N.Y., and “A League of Their Own” was made about the league.

During the filming, Redman and other players showed up on the set to help with the accuracy and to offer advice.

Redman said they played 115 games a year from May through August, so when each season was over she went to college and earned her teaching degree.

Redman said she loved baseball, the teamwork, and especially needing to have a plan about the correct and best action to be made on every play.

Redman, who is retired from teaching and living in Oconomowoc, will be in Waupun on Saturday to be inducted in the Waupun High School Hall of Fame. She’ll also attend the showing of “A League of Their Own “and will be speaking before, and fielding questions after, the movie. The movie will be at 1:30 p.m. in the lecture hall at Rock River Intermediate School, 451 E. Spring St. Admission is free and the public is invited.

The film "A League of Their Own," will be shown and Redman will field questions afterwards. Admission is free and open to the public.

Two people have been charged with attempted armed robbery following an incident at a Dells motel.

Magdalen Redman played catcher–utility for seven seasons and played every position but pitcher.