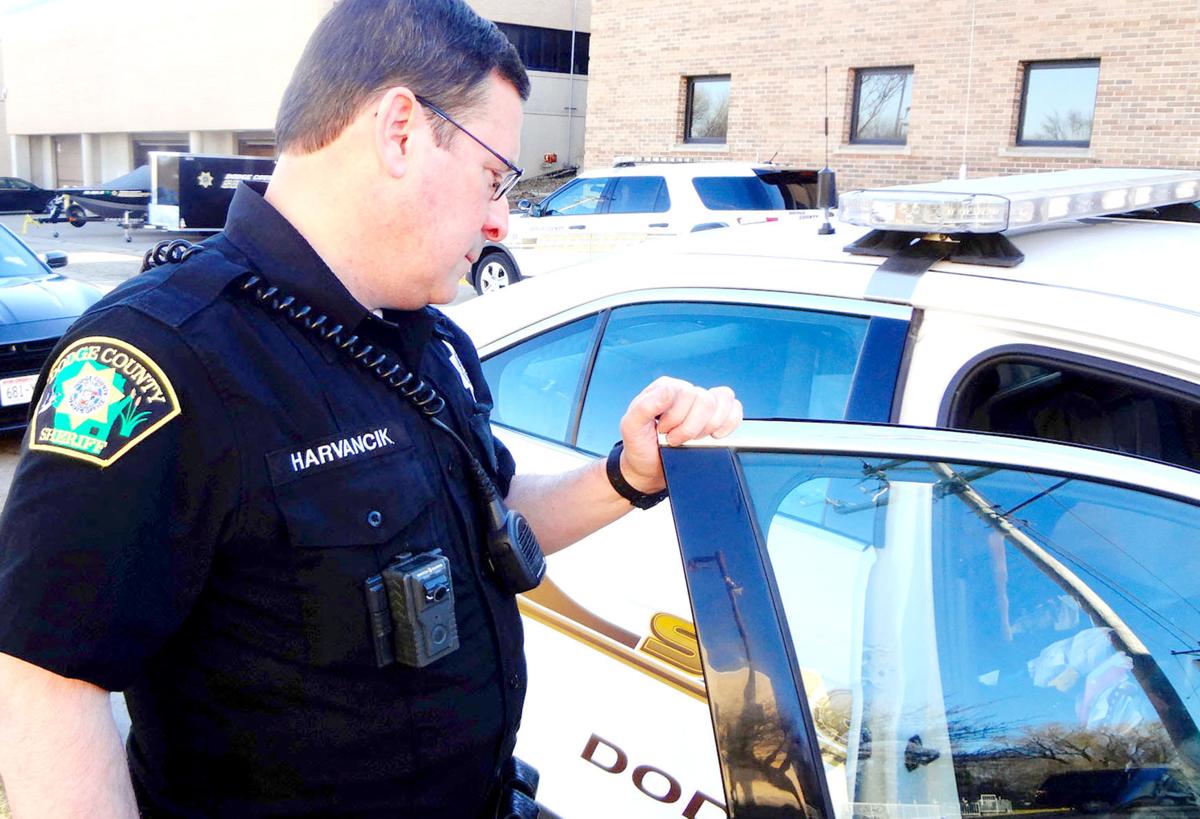 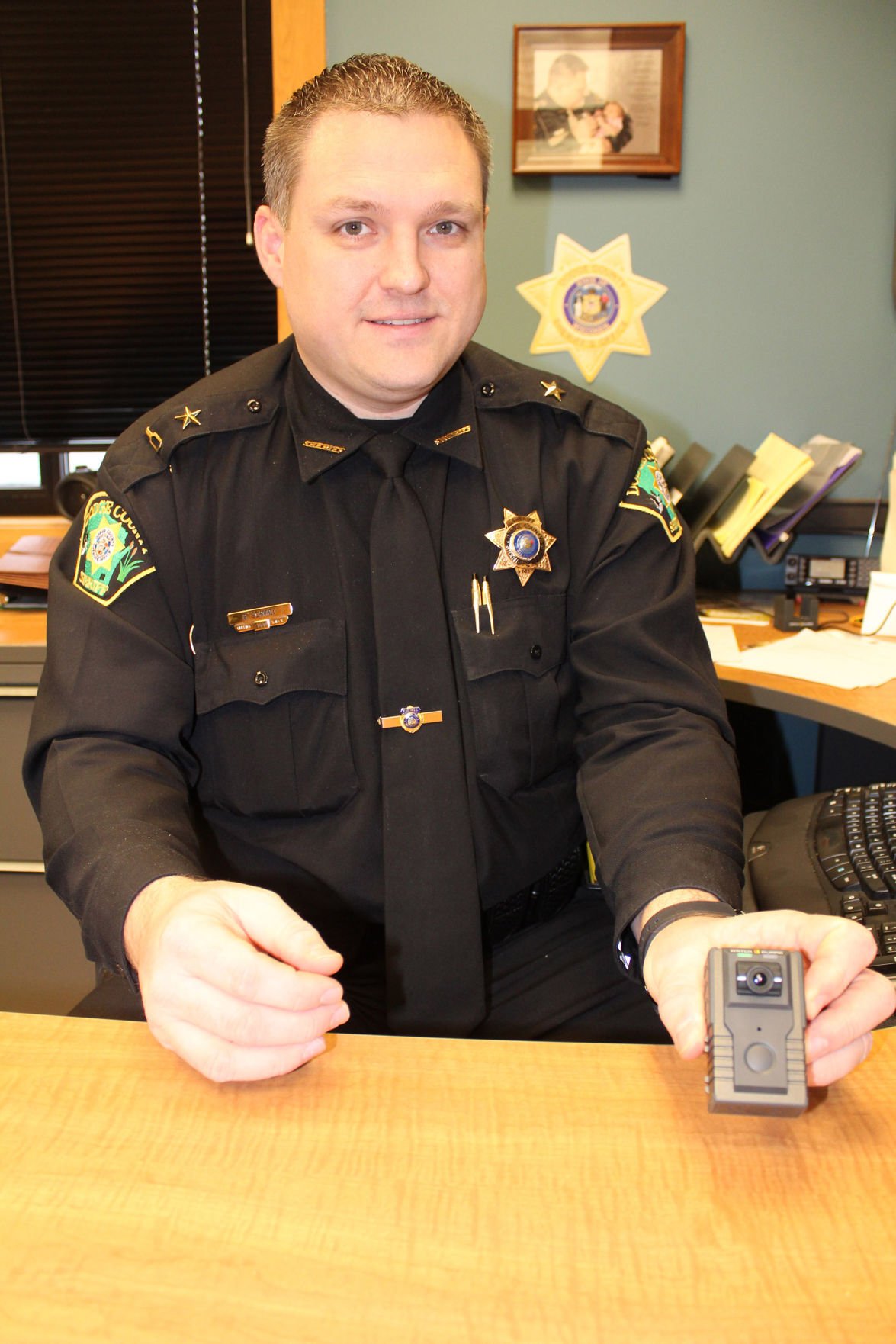 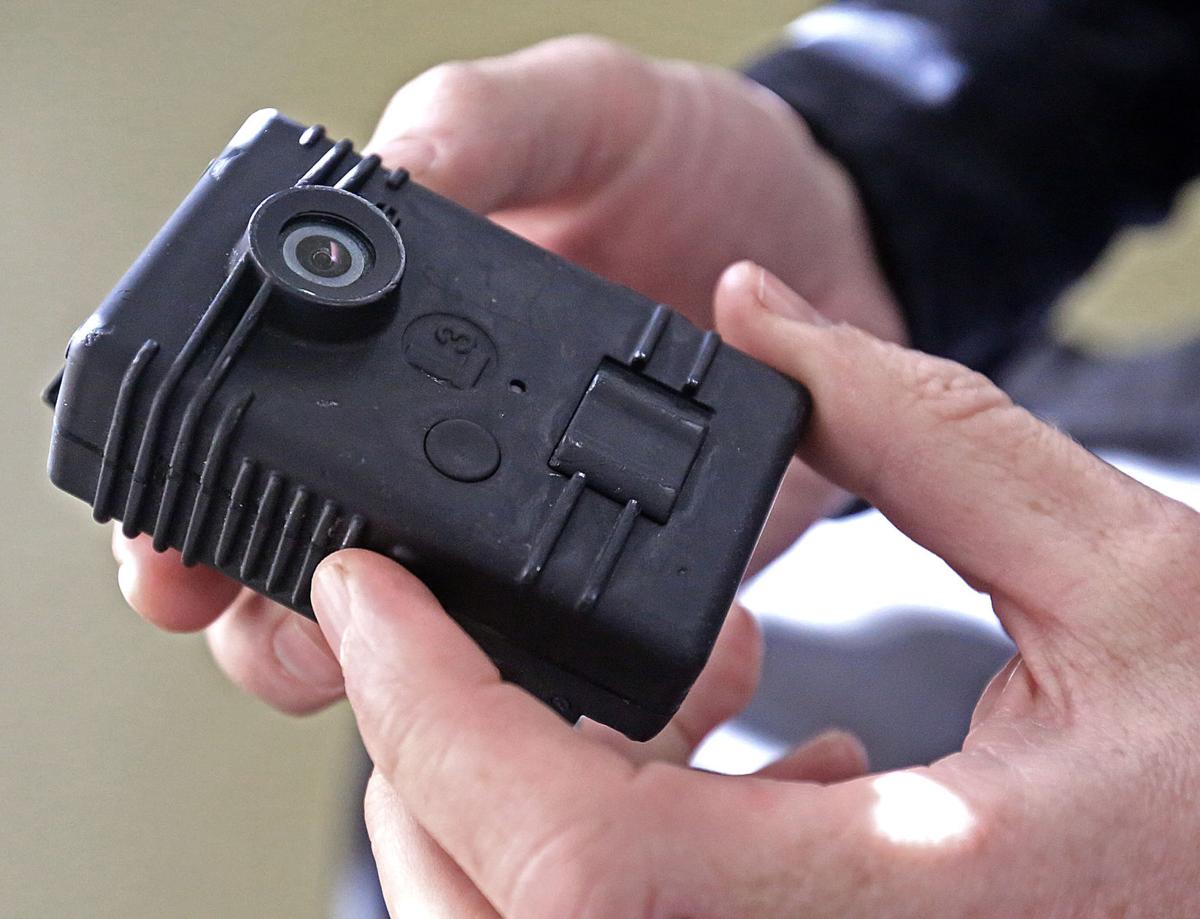 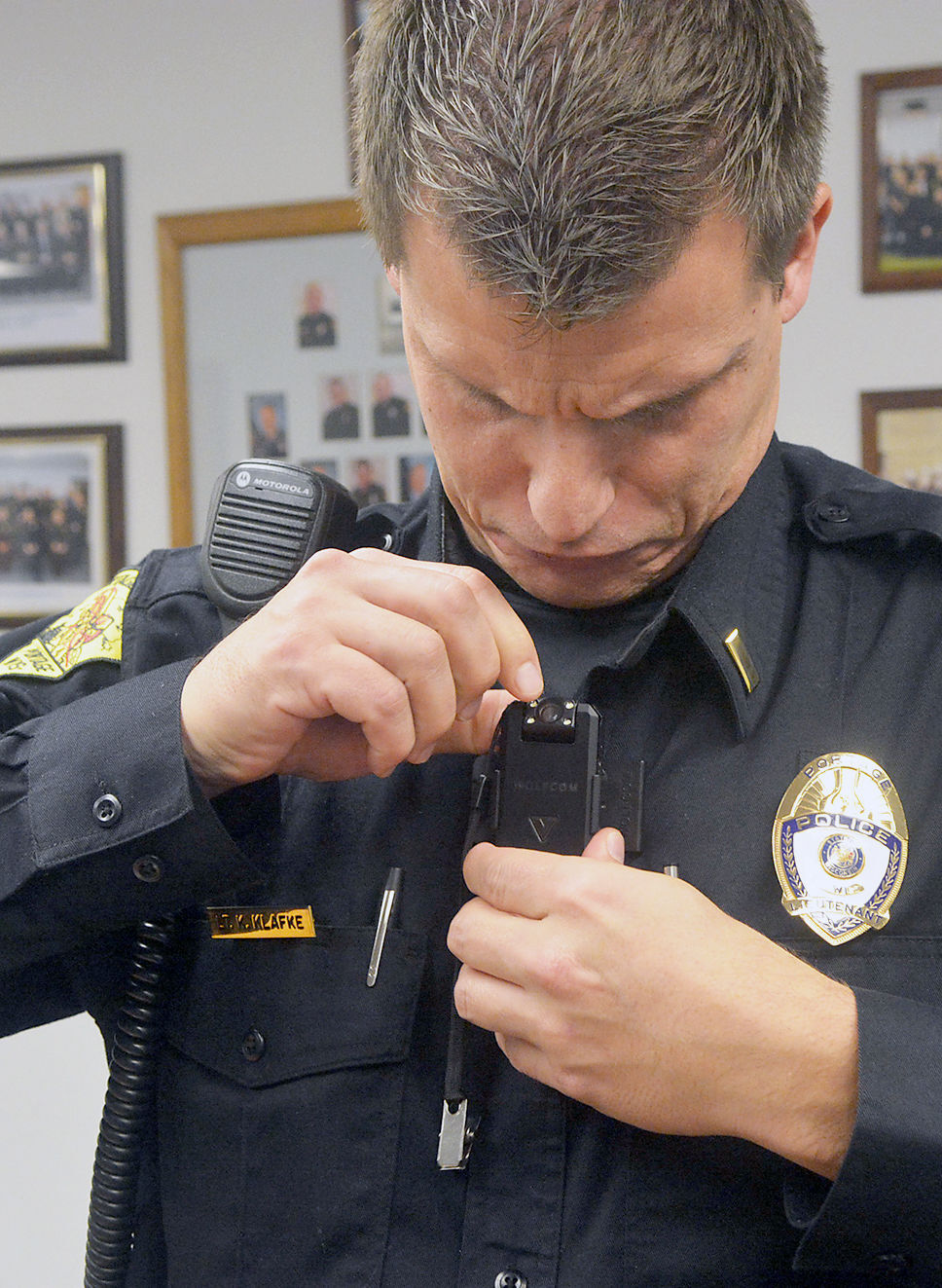 Dodge County Sheriff Dale Schmidt said he is happy other area departments are getting body cameras.

The Dodge County Sheriff's Office has been using body cameras since 2018 after receiving a $79,500 grant for them around the time the office was looking to replace its in-car recording systems. The recording devices for the cars and the body cameras deputies wear are linked and turn on when deputies activate the vehicle's flashing lights.

“The biggest benefit is the evidence gathering,” Schmidt said.

The video is sent to the district attorney who can use it while prosecuting cases, Schmidt said.

“It has also helped us to dispel some of the false complaints against our agency as well, and we use it with training to improve deputy performance as well,” he said.

Other agencies cite the same reasons for using body cameras.

The Portage Police Department obtained body cameras in May 2017. Chief Keith Klafke said he implemented the program after spending a year researching because he felt the department should be thinking ahead.

“We knew there was a need, that they’re beneficial and it was a little bit of forward thinking,” Klafke said.

All patrol officers and detectives within the department have a body camera. Klafke said the cameras took roughly $40,000 to implement, including video storage servers and software, and another $40,000 for the synchronous squad car cameras.

All an officer has to do is flip the squad car emergency lights and cameras are active, he said. Officers use them during all interactions with the public, with the exception of casual encounters like visiting a business during a shift.

Baraboo Police Chief Mark Schauf said the department was able to secure cams for each of its 27 officers roughly five years ago through an anonymous donation. While the policy dictating use of body cameras calls for use only during an incident likely to result in court action, Schauf said they are commonly used during traffic stops.

He said his department uses it to review officer actions and provide instruction or training based on the video.

Juneau Police Department has had the technology for at least five years.

“The benefits are that it is on the officer and is more likely able to capture more than a car camera,” Juneau Police Chief Dave Beal said. “Body cams are able to go inside buildings so you can capture what is occurring inside structures. Overall, they are just a better way to capture a truer picture of what is occurring.”

Drumm said the squad camera technology was not compatible with Windows 10. When replacing it, they decided to purchase two body cameras instead that will go with the officers who patrol the township.

“When they start a shift they will just take one,” Drumm said about the part-time officers. “Body cameras are part of the uniform now. Either we were going to spend more money on the old squad cameras or replace them. We decided to replace them with body cameras. In this day and age, you have to have them.”

City of Beaver Dam Police will soon have body cameras and will find out next month if they received a federal grant that will help pay for the technology, according to Police Chief John Kreuziger.

While cost has been a factor in the deployment of cameras for many small police departments, Kreuziger said, “Even without the grant, we are going to get body cameras."

Kreuziger said the federal grant is a matching grant for $80,212 and would pay for everything associated for all the police officers being outfitted with body cams. Up to two people from the police department will be sent to a mandatory training session to learn how to best use the cameras.

Kreuziger said he studied the situation in Mayville where they had body cameras but did not feel they worked well for them.

“Technology has come a long way in the last several years,” Kreuziger said.

Kreuziger said they still have to work on the policy for the cameras including addressing concerns about protecting victim's rights.

Schauf said while his officers appreciate the cameras, they are a tool with limits.

“It can’t get that perception that, ‘Something’s just not right,’” Schauf said. “The camera only can perceive what is directly in front of it. It is a fact-gathering tool, not an end-all. Video, in any case, without the information to support it, is just video. It’s just a picture.”

Kreuziger said that is why training he had in the use of cameras instructed officers to speak on camera about what they are thinking to help paint a clearer picture about what is taking place at the scene.

Klafke echoed the sentiment that a body camera is one of a number of tools used by officers, not an all-seeing entity meant to solely answer any questions left after an encounter with police raises concerns for members of the public. It also isn’t meant as a government surveillance system of the officers, seeking out small infractions to punish law enforcement.

“What it does provide though is transparency,” Klafke said.

The video, good or bad, shows what an officer did and how people interacted during any type of incident, he said.

Schauf said the cameras are necessary and Baraboo Police Department also felt they were valuable before being implemented. Cameras were required for interviews of juveniles and showed how important it was to have that record, he said.

“The modern law enforcement officer needs that tool,” Schauf said. “It protects not only the public but it helps protect the officer.”

It would require a legislative body to cease the use of body cameras at the Baraboo Police Department under his leadership, Schauf said.

Portage has one software system that works together for both body and squad cameras. Schauf said the same is true of Baraboo officers’ cameras. Each of the body cameras came at an expense of $1,000 and each squad system is roughly $5,500 with ongoing maintenance costs to keep the software current.

“It just made sense,” Klafke said. “It gives our viewpoint. … We can catch any wrong activities just as we can good policing practices. They’re a great tool.”

Kreuziger pointed out that cameras have proliferated throughout society.

“Everyone has cameras and it is time for the police to have cameras as well," he said.

Body cameras for police have emerged over the past few years as the next standard tool in an officer’s arsenal alongside the gun and the badge.

Beaver Dam will take another look at getting body cameras for its police officers in the aftermath of a high-profile trial.

In an attempt to use a legal precedent to limit the amount its building is taxed by the city, the Walmart corporation of Bentonville, Arkansas…