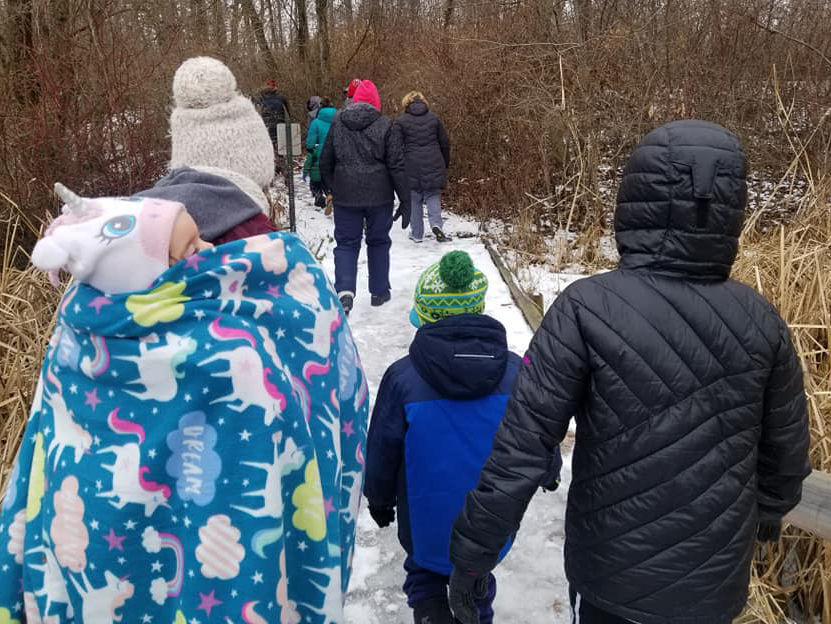 Meghan Justman and her children prioritizing the Blue Zones Power principles Downshift and Family First while on the Jan. 4 Walk it Off Horicon Marsh event.

Marshfield Medical Center—Beaver Dam, Sharecare Inc. and Blue Zones made the announcement. Blue Zones organizes in communities for policies and activities that promote health in government, workplaces, schools and businesses. Beaver Dam, Horicon and Juneau were named Blue Zones demonstration sites in 2016 and other organizations have joined the effort since then.

“Leaders and volunteers in Dodge County have embraced the Blue Zones model and worked together toward this common goal of community well-being,” said Dan Buettner, Blue Zones founder and National Geographic Fellow. “We applaud their efforts and look forward to the continued focus on well-being improvement.”

Marshfield previously announced it would fund Blue Zones in Dodge County through August 2021.

“We know that communities with greater well-being have lower healthcare costs, higher productivity and are recognized among the best places to live, work and play,” said Michael Acker, Sharecare Senior Vice President for the Blue Zones Project. “With a strong focus on well-being improvement throughout the community, Dodge County has proven they are dedicated to the health of their residents along with economic and social vitality of the community.”

Over 50 communities in North America are part of the Blue Zones project.

Meghan Justman and her children prioritizing the Blue Zones Power principles Downshift and Family First while on the Jan. 4 Walk it Off Horicon Marsh event.