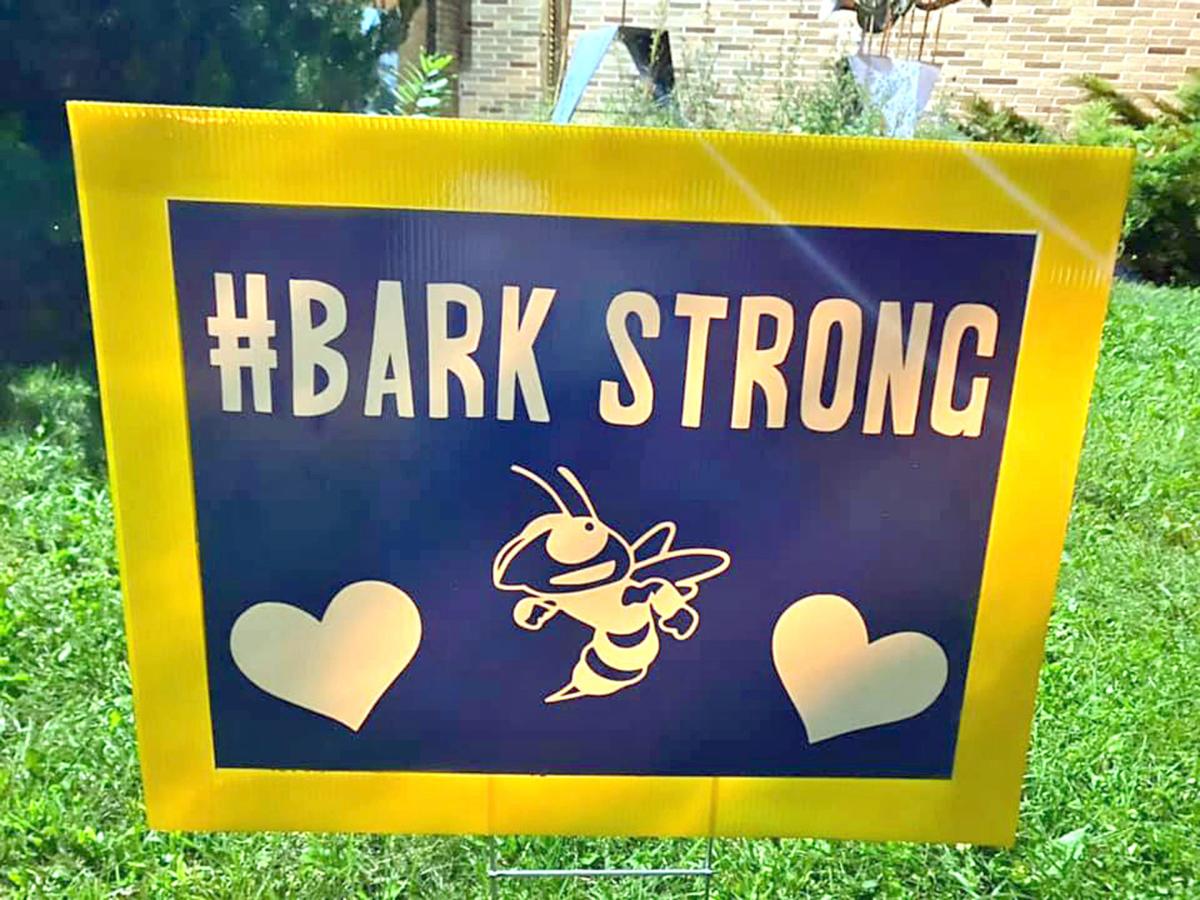 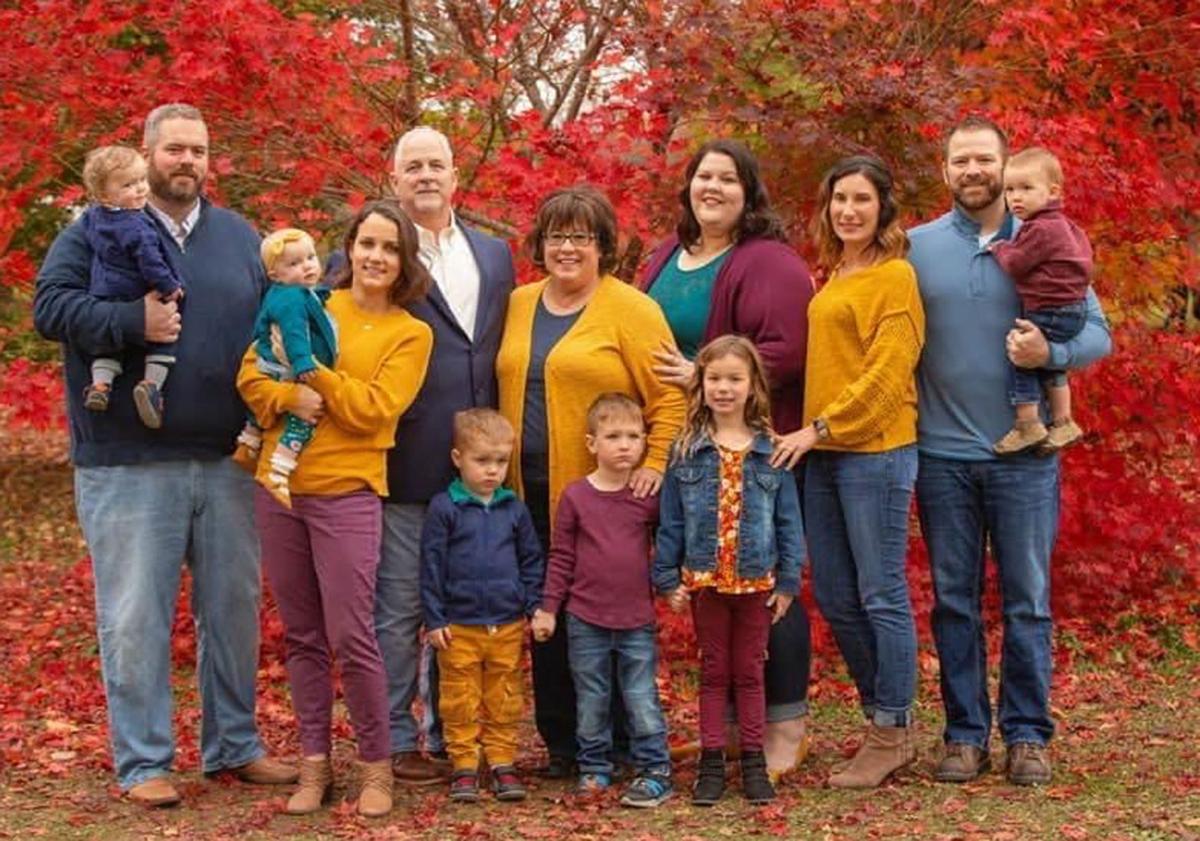 Markesan schools Superintendent Duane Bark (back row, in suit jacket) is shown in this family photo that Brad Bark posted on Facebook in announcing his father's passing on Wednesday evening.

Duane Bark was a lot of things to a lot of people. A father. A grandfather. A husband.

To the Markesan community, he was the school district’s superintendent and the high school’s athletic director. That meant he was also a boss to high school principal and varsity boys basketball coach John Koopman.

But it wasn’t quite so cut and dried as that.

“I would consider us really good friends,” Koopman said Thursday, one day after Bark passed away due to health complications from a three-month battle with COVID-19. “This is my first principal job so when I got started — and still right up until he left (the job because of his health) — we would talk multiple times daily about different things. I’d bounce ideas off him, because when it comes to this position, you can’t beat experience. And he had it, so he’d seen just about everything.

“I could always go to him with anything, whether it was anything school related, coaching related—because he was a coach for many, many years, so he understood the sports world and all the pressures that come with it and all the issues that come with it. But then also from a personal level too, what he was grounded in was family and taking care of yourself so you could take care of others. So he was also one who I could go to if I just needed — any issue, whether it was school, personal or whatever, he was always there for me.”

Bark, 61, was hospitalized with COVID-19 symptoms in July and ultimately succumbed to the disease on Wednesday. But he left an indelible mark on students and staff in the school district as well as on athletes, coaches and administrators in the Trailways Conference before passing away.

“Duane was really passionate about education and athletics and how important both were. I am guessing it’s why he was the AD as well as the superintendent at Markesan, which is not a typical combination,” Trailways Conference commissioner Rich Fronheiser said in an emailed statement. “When I first took the Trailways Commissioner position seven years ago, Duane frequently reminded me of our processes and our by-laws as early on I tended to stray a bit. He helped teach me the importance of having solid processes, especially in a really big conference. We didn’t always agree, but I always respected him and his views.”

Bark also stood behind Fronheiser during Fronheiser’s one year as the Randolph High School athletic director during the 2019-20 school year.

“There were some misgivings about me holding both positions,” Fronheiser said. “Out of the blue one day, Duane called me. He encouraged me to pursue the position. He said I always showed integrity as a commissioner so there was no reason I shouldn’t give the AD position a shot. Even though I ended up leaving after a single year, I’ll never forget that call, as it really showed me the quality person Duane was.”

Markesan Elementary School principal Jason Breaker has been serving as interim superintendent while Bark was hospitalized, and Breaker said the most important thing staff members in the district can do now is model the way Bark did his job.

“It’s tough. But Duane has always been just a guy who’s always done the work and always put students first,” Breaker said. “We’re kind of following the motto of ‘What would Mr. Bark do?’ And he would do the work and do what’s best for the kids.”

Koopman said it wasn’t just students, but the community as a whole Bark wanted to prop up.

“The games in the gym, the Friday night lights and things like that, it brings the whole community in. And Duane really understood that — he understood the importance of that and what it was to Markesan and to the kids and the parents and the community. He really got that and he embraced that.”

Bark had been the superintendent for 10 years and athletic director for seven.

His legacy, Koopman said, is that he made Markesan schools a rock-solid foundation for the futures of the kids in the district.

“He laid everything out as far as hiring a great staff, making policies, the budget — everything made it so the kids had a great foundation so they could choose, when they left, to do whatever they wanted to do,” Koopman said. “When they look 5 years, 10 years, 15 years down the road at what they’re doing, they can look back to their high school education and say that Duane put everything in line to give them that foundation to be successful.”

“I think what he would say his legacy is is the wonderful people that he’s brought in, and they will now carry on what he started,” added Breaker. “We haven’t had a ton of turnover in recent years so I think it’s just been the continuity of teachers and support staff staying around and continuing to put kids first and do the best we can.

“We’re going to continue to run the district like that. We’ll do whatever to keep the district moving forward.”

Koopman said that Bark’s guidance and direction over the years is especially vital now as those who take over his leadership are tasked with directing the district through the topsy-turvy pandemic conditions — weighing in-person learning vs. virtual learning, implementing certain protocols over other protocols, and everything else that comes along with the new way of life as we know it.

They’ll be thinking about Bark as they move forward.

“To everybody, he was a boss, a mentor, a friend, a great ambassador for Hornet Nation. But most importantly, he was just a really good guy,” Koopman said. “And I think that’s what everybody’s going to miss the most, is seeing him walking down the halls with a smile, asking you how you’re doing. He was just a really genuine, quality person.

With an unexpectedly low student count this year, Portage Community School District officials are looking to differentiate their virtual progr…

Markesan schools Superintendent Duane Bark (back row, in suit jacket) is shown in this family photo that Brad Bark posted on Facebook in announcing his father's passing on Wednesday evening. 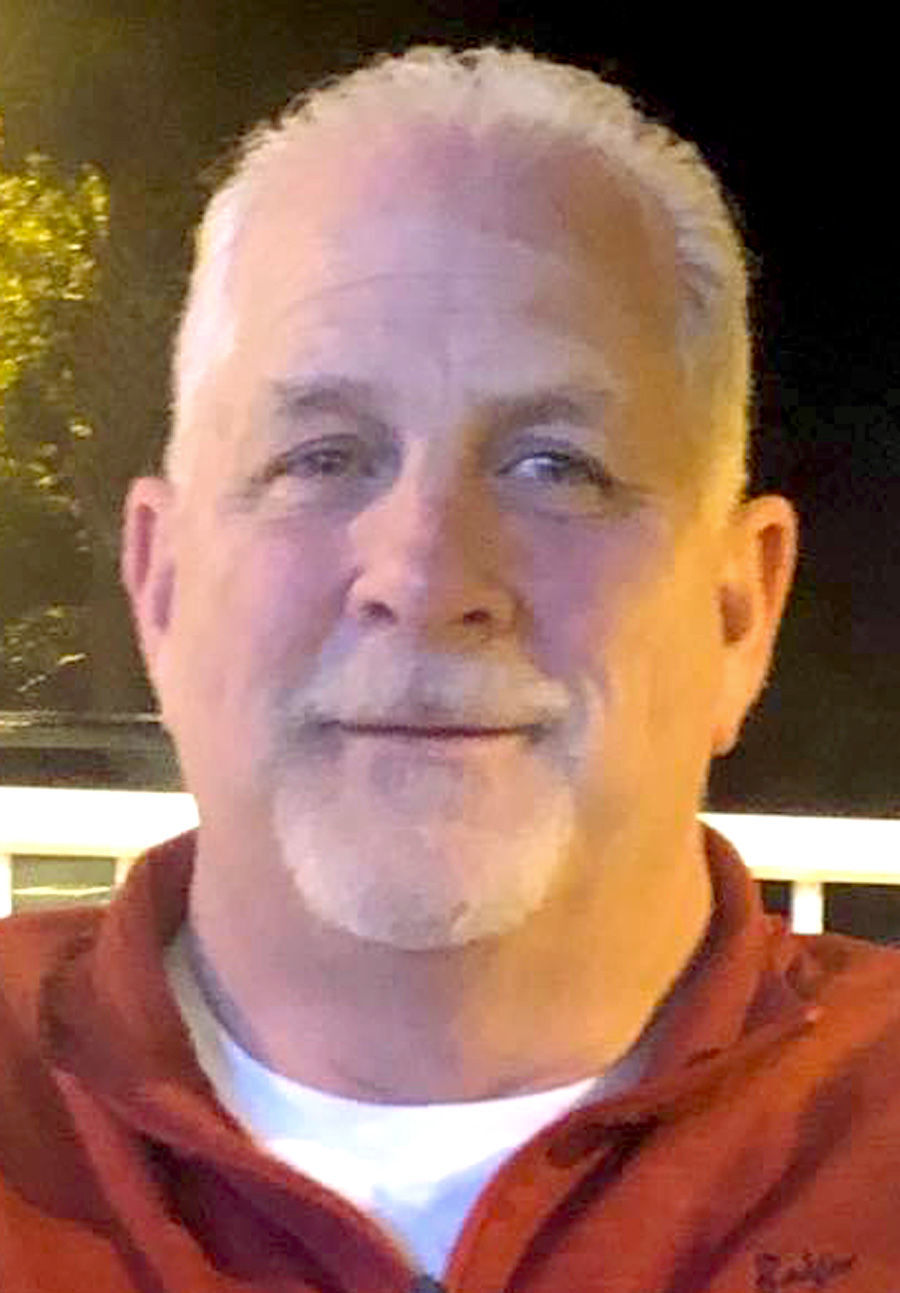